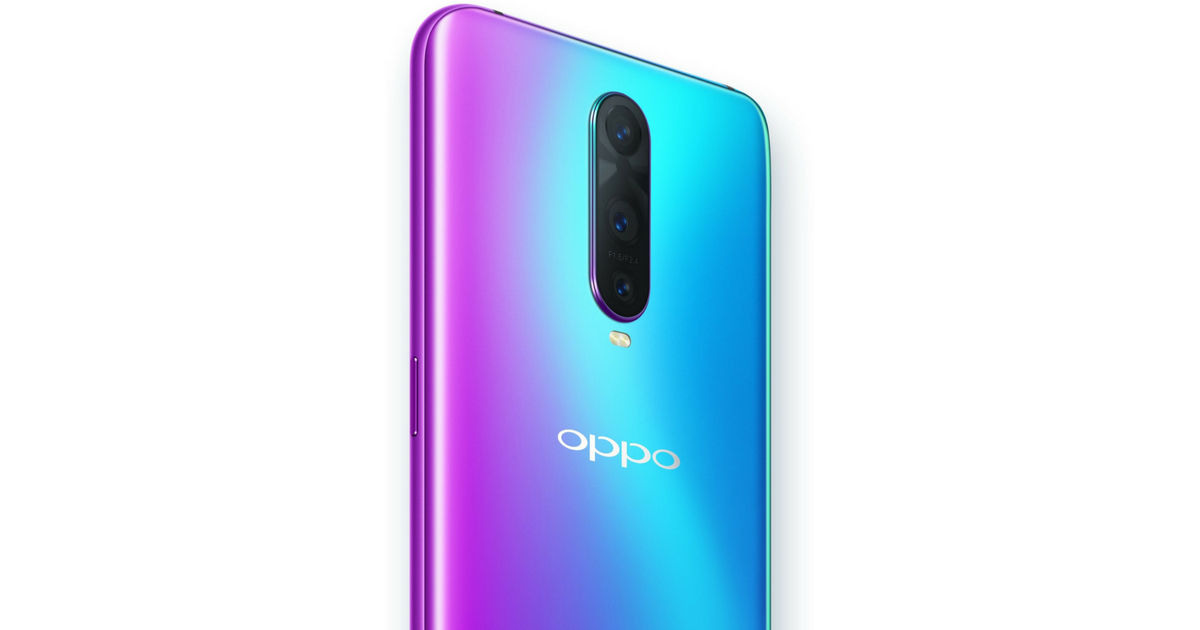 “The OPPO R17 Pro flaunts a 6.4-inch waterdrop notch and a 3D ToF rear lens, while the R17 is a more affordable option with dual rear cameras”

OPPO has officially launched its OPPO R17 Pro (in-pictures) and R17 smartphones in India. The two are premium and mid-range offers, respectively,  and come with several interesting features; one of the key features of the Pro model is the rear-mounted Time-of-Field (ToF) camera lens that can be used for 3D imaging. The OPPO R17 Pro is also mated with Qualcomm’s 10 nm Snapdragon 710 chipset and dual-batteries with Super VOOC fast charging support. Other highlights of the smartphones include premium glass sandwich design with gradient finish, a waterdrop-notch style display, and an in-display fingerprint sensor. 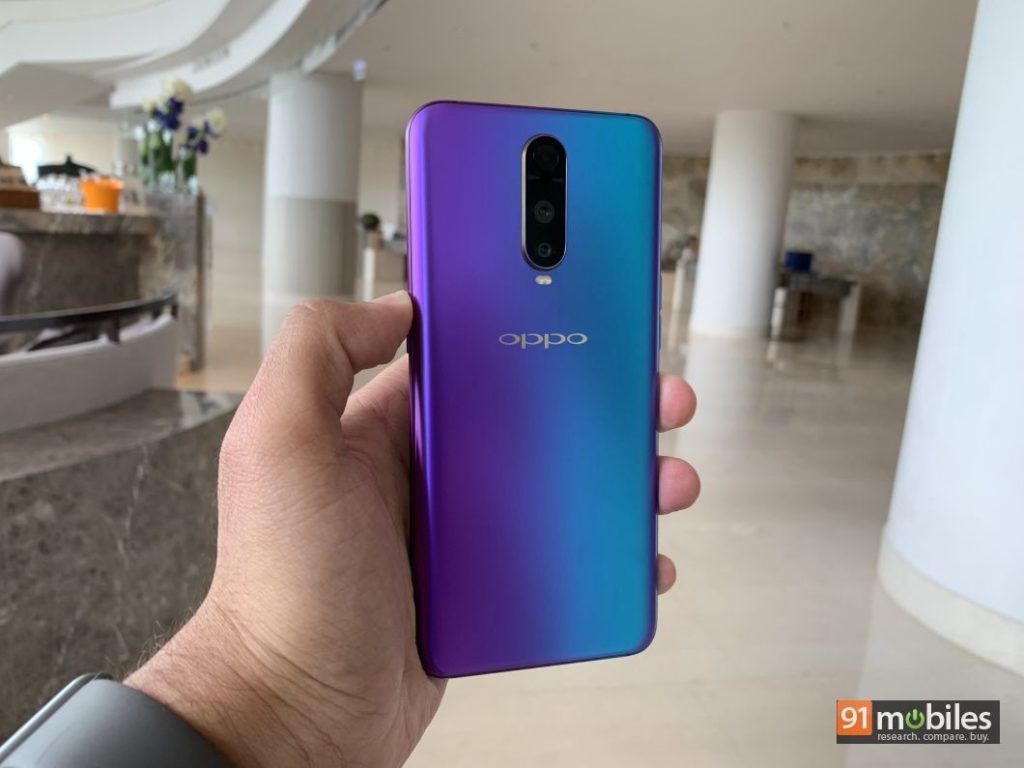 The OPPO R17 Pro priced in India is set at Rs 45,990 and the configuration is 8GB RAM and 128GB storage. It will go on sale in the country from December 7th and come in Radiant Mist and Emerald Green colour options. The smartphone will be available to purchase via online and offline channels, including Flipkart, Amazon, Paytm Mall, Vijay Sales, Sangeetha, etc. Likewise, the R17 smartphone is priced at Rs 34,990 and comes in the same configuration as well as colour options as the Pro variant. The company plans to release the smartphone in late December or early January.

As for the specifications of the OPPO R17 Pro, the handset sports a 6.4-inch AMOLED display with full HD+ resolution and an in-display fingerprint scanner. The ‘Waterdrop’ notch up top allows the handset to flaunt a screen-to-body ratio of 91.5 percent. At its heart lies Qualcomm’s 1.8GHz octa-core Snapdragon 710 SoC, accompanied by Adreno 616 GPU and 8GB of RAM. On the storage front, the phone offers 128 gigs of non-expandable storage. 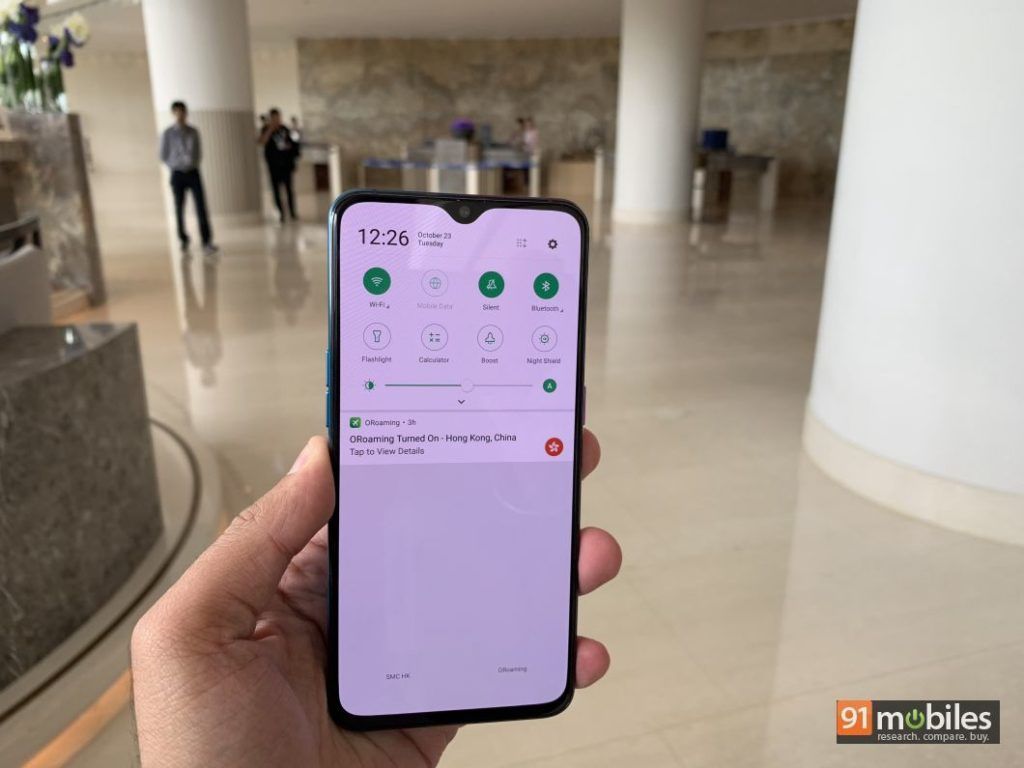 In the camera department, the OPPO R17 Pro features a triple camera module on the rear panel. The setup includes 12-megapixel + 20-megapixel + 3D ToF lens paired with LED flash. Interestingly, the phone’s primary 12-megapixel camera sports variable aperture of f/1.5 and f/2.4, just like the Samsung Galaxy S9+. The f/1.5 aperture lens being the brightest or widest of the two. On the front for selfies, the R17 Pro makes use of an impressive 25-megapixel sensor with AI Beautify mode and f/2.0 aperture.

Moving on, the OPPO R17 Pro houses two batteries with a capacity 1,850mAh each. The company says that the dual batteries can charge faster and more efficiently. The phone also benefits from OPPO’s Super VOOC fast charging support that is said to add 40 percent juice in just 10-minutes. The device comes with latest Corning Gorilla Glass 6 protection on top. Powering the offering is ColorOS 5.2 based on Android 8.1 Oreo out of the box. Lastly, the OPPO R17 Pro comes with all the necessary connectivity options, such as dual-SIM, 4G VoLTE, WiFi, Bluetooth, and GPS/ GLONASS, minus the 3.5mm headphone jack. 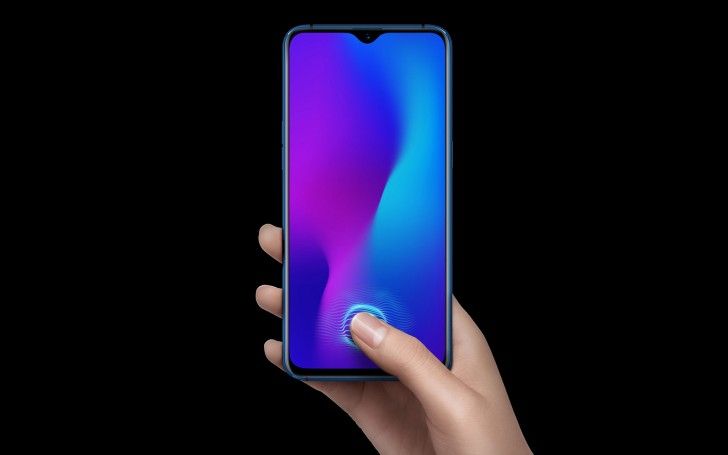 OPPO R17 has a 6.4-inch AMOLED display with full-HD+ resolution and has an in-display fingerprint sensor at the bottom. The smartphone comes runs Android 8.1 Oreo-based Color OS 5.2 custom skin on top and is powered by the Snapdragon 670 SoC. It comes with 8GB RAM and 128GB of internal storage.

On the back of the OPPO R17 smartphone is a dual camera setup with 16-megapixel (f/1.7) + 5-megapixel (f/2.4) sensors, while a 25-megapixel sensor with f/2.0 aperture in the front. The smartphone has a 3,500mAh battery, USB Type-C port, 3.5mm earphone jack, 4G LTE support, and dual-SIM support. OPPO R17 comes in Neon Purple, Streamer Blue, Fog Gradient, and Foggy Gold colour options, all with gradient finish.

Hereâ€™s how 30W VOOC 4.0 charging makes the OPPO F17 and F17 Pro the outstanding trendsetter in the mid-range segment