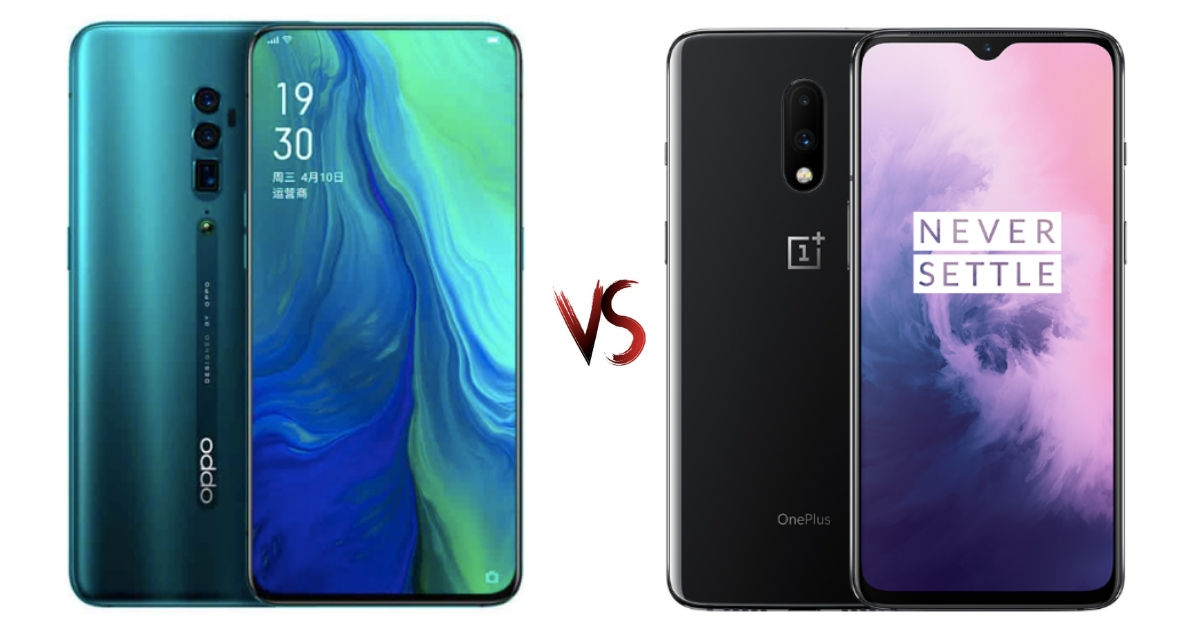 OPPO’s latest smartphone, the Reno, has been officially launched in the country. The new Reno series consists of the standard Reno and the Reno 10x Zoom Edition. It’s evident that OPPO is gunning for the affordable flagship segment with its smartphones, which is currently being reigned by OnePlus. And considering that the OnePlus 7 and OPPO Reno 10x Zoom ships with the top-of-the-line Snapdragon 855 SoC, it’s important to put them against each other to help you decide which one is a better buy. Let’s get started then.

The OPPO Reno 10x Zoom is priced quite aggressively in the country. The base variant, which comes with 6GB RAM and 128GB of storage, will cost you Rs 39,990. If you want the 8GB RAM + 256GB ROM variant, then it will set you back by Rs 49,990. The handset will be available in Jet Black and Ocean Green colours.

The OPPO Reno 10x Zoom is a good-looking phone. It features an all-screen fascia without any notch and gets slim side bezels. The front camera is hidden inside a Shark fin-styled pop-up mechanism. The device gets glass on the back as well, making the whole package look quite premium. The OnePlus 7 is also an all-glass smartphone, but on the front, you do get a tiny waterdrop notch. Both mobiles get an in-display fingerprint scanner. 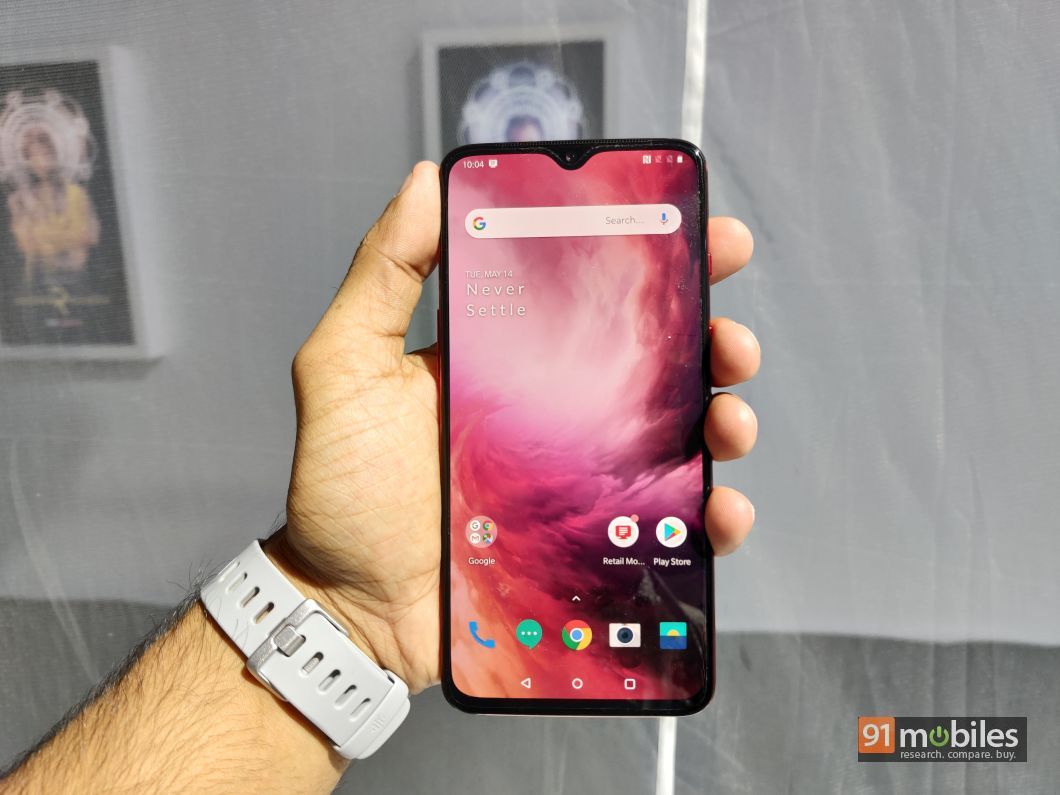 Coming to the displays, the OnePlus 7 features a 6.2-inch AMOLED panel with FHD+ resolution. In contrast, the OPPO Reno 10x Zoom comes with a larger 6.6-inch FHD+ AMOLED screen. Both devices get Corning’s Gorilla Glass 6 protection on the front. As mentioned above, the devices are equally matched in terms of performance as they draw power from the Snapdragon 855 chipset, which is paired with up to 8GB of RAM and 256GB of built-in storage. However, the OnePlus 7 does feature the faster UFS 3.0 flash storage. On the software front, while both phones ship with Android 9.0 Pie, OnePlus’ Oxygen OS might be preferred by those who like stock Android, especially in comparison to heavily-customised ColorOS on the Reno 10x Zoom.

Moving on to the cameras, this is where the OPPO Reno 10x Zoom trumps the OnePlus 7. It features a triple rear camera setup, compared to the dual-camera array on the OnePlus. Both handsets feature a 48-megapixel Sony IMX586 sensor that acts as the primary camera. On the OPPO device, this sensor is coupled with a 13-megapixel telephoto lens, and an 8-megapixel wide-angle snapper. On the OnePlus 7, you get a secondary 5-megapixel depth sensor. As you can see, you get a lot more from the OPPO device, and the phone also comes with 10X hybrid zoom. The device also offers Dual-OIS on the main and telephoto sensor. 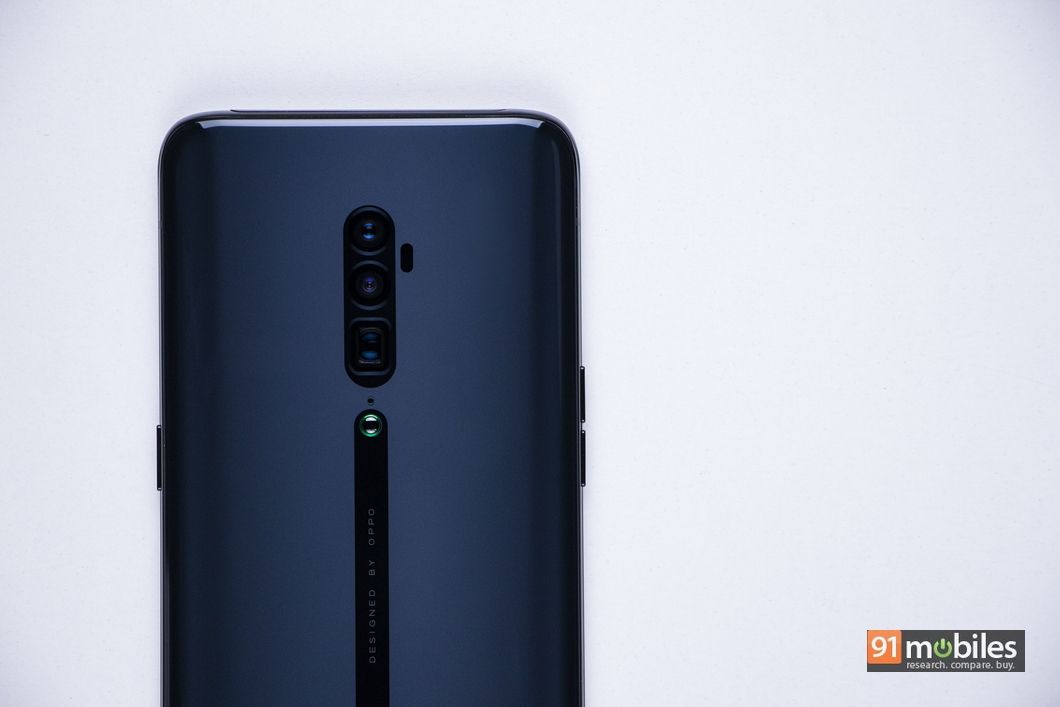 For selfies, both the OPPO Reno 10x Zoom and the OnePlus 7 come with a 16-megapixel camera. In the battery department, the OnePlus device features a 3,700mAh cell that supports 20W fast charging. The OPPO smartphone gets a larger 4,065mAh pack that also supports VOOC 3.0 fast charging.

As you can make from the comparison, the OPPO Reno 10x Zoom is a better phone if you have the budget of Rs 40k. The base variant should be enough for most users and for the money, you get a larger and more immersive display, a bigger battery, and better camera capabilities. Since both phones feature the same hardware under the hood, there shouldn’t be any difference in performance. Having said that, if you’re looking for a performance-oriented smartphone, then the OnePlus 7 clearly offers better value for your money.