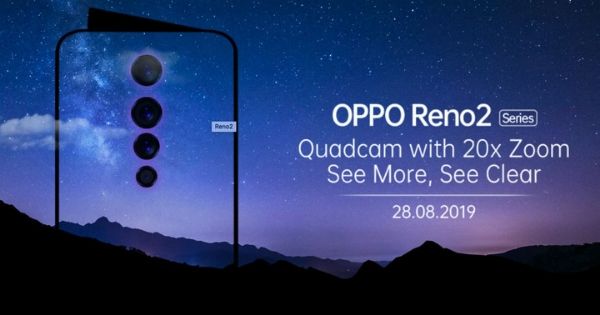 The OPPO Reno 2 launch is just a week away, but almost everything about the smartphone is already known. OPPO will be launching a bunch of phones under the Reno 2 moniker, on August 28th in India. The company has advertised that one of the smartphones, named just the OPPO Reno 2, will offer up to 20X zoom. Now, OPPO has posted a new video that showcases the video stabilisation on one of the variants. This means that the primary lens on the smartphone will feature Optical Image Stabilisation.

The video was shared by OPPO Vice President Shen Yiren, and it shows the video shot from the OPPO Reno 2 compared to another smartphone that doesn’t feature OIS. The video taken with the Reno 2 is smooth and not jittery. Yiren stated that the video was filmed without the help of any additional stabilisers. While the company has revealed most of the specifications of the upcoming Reno 2, it hasn’t divulged in any information regarding the cameras.

The phone is also said to feature Gorilla Glass 6 on the front and will be powered by the Snapdragon 730G chipset. This would be paired with up to 8GB RAM and 256GB storage. It will also feature several gaming features such as Game Assistant, HDR10 Gaming support, and anti-cheat extensions. The Reno 2 will feature a 4,000mAh battery that will support 20W VOOC 3.0 fast charging. 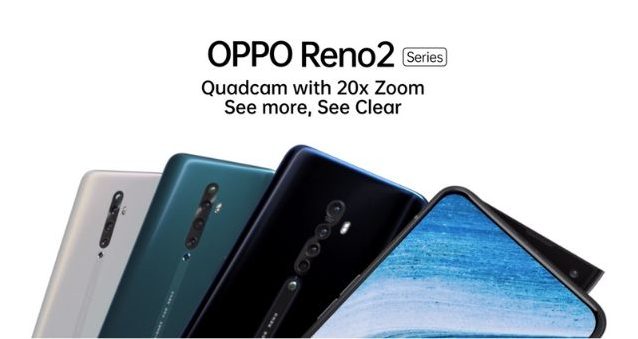 As mentioned earlier, we have no idea about the cameras, but a TENAA listing had revealed that the phone will feature a primary 48-megapixel sensor paired with a 13-megapixel telephoto, 8-megapixel ultra-wide and a 2-megapixel depth unit. The front camera is said to have a resolution of 16-megapixels. None of this has been confirmed though, so we will have to wait till the official launch day to find out.