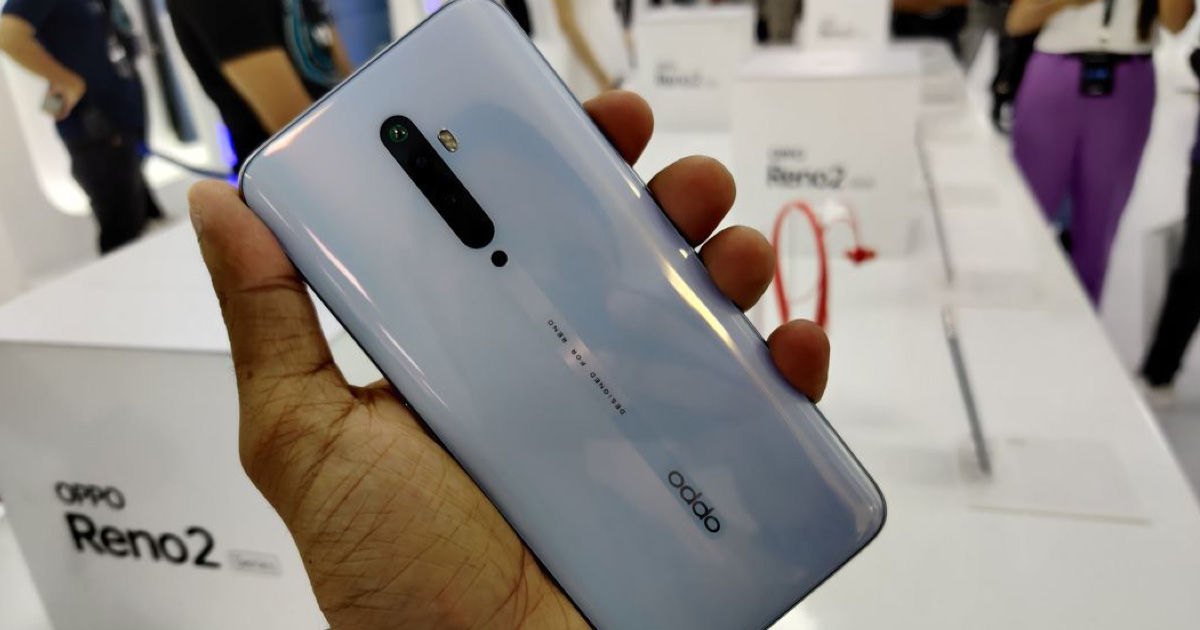 It’s raining smartphones and OPPO is aiming to usher a storm by introducing a trio of devices launched under the brand’s all-new Reno 2 series. My colleague recently penned his thoughts on the Reno 2 smartphone, which offers promising camera capabilities albeit at a steep price point. I, on the other hand, maned to spent time with the company’s more affordable handsets, the Reno 2Z and the 2F. So if you are wondering these smartphones bring to the table, then read on ahead. 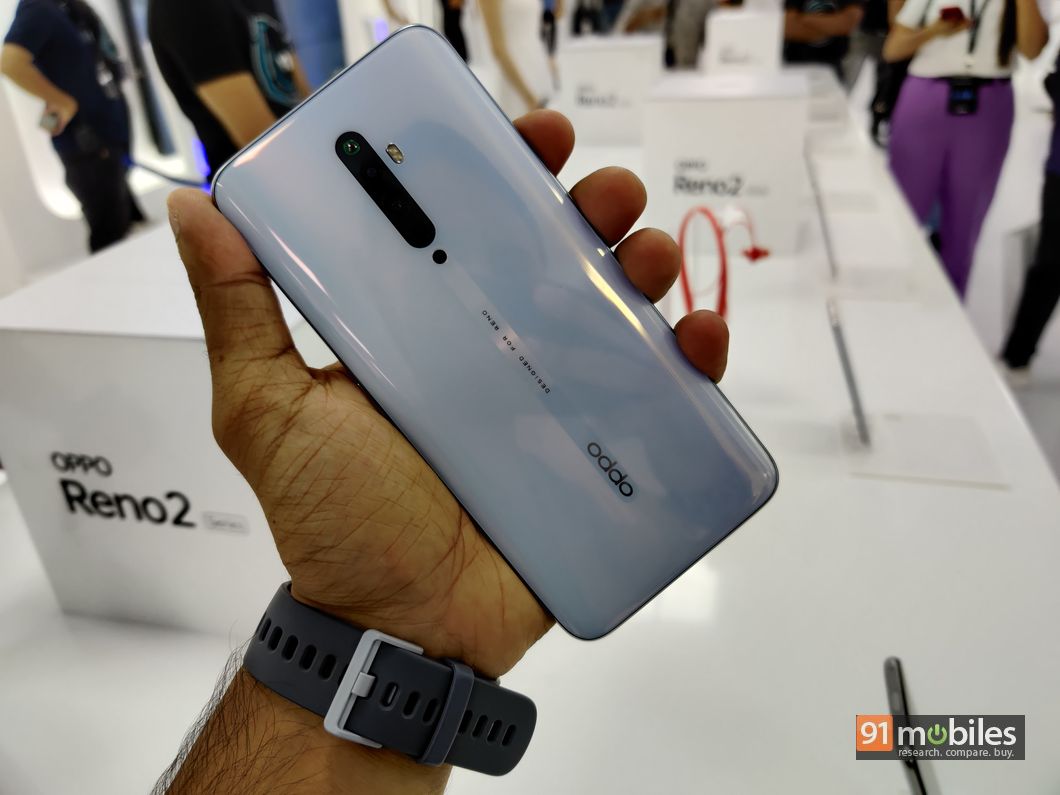 Let’s get the obvious out of the way first — the Reno 2Z and the Reno 2F look identical to one another. In fact, I’m willing to bet that most of you reading this article won’t be able to tell which is which, just by looking at the product shots. Well, to set the record straight, the handset sporting the Sky White (the white phone) paintjob is the Reno 2Z, whereas the handset coated in Black is the Reno 2F. 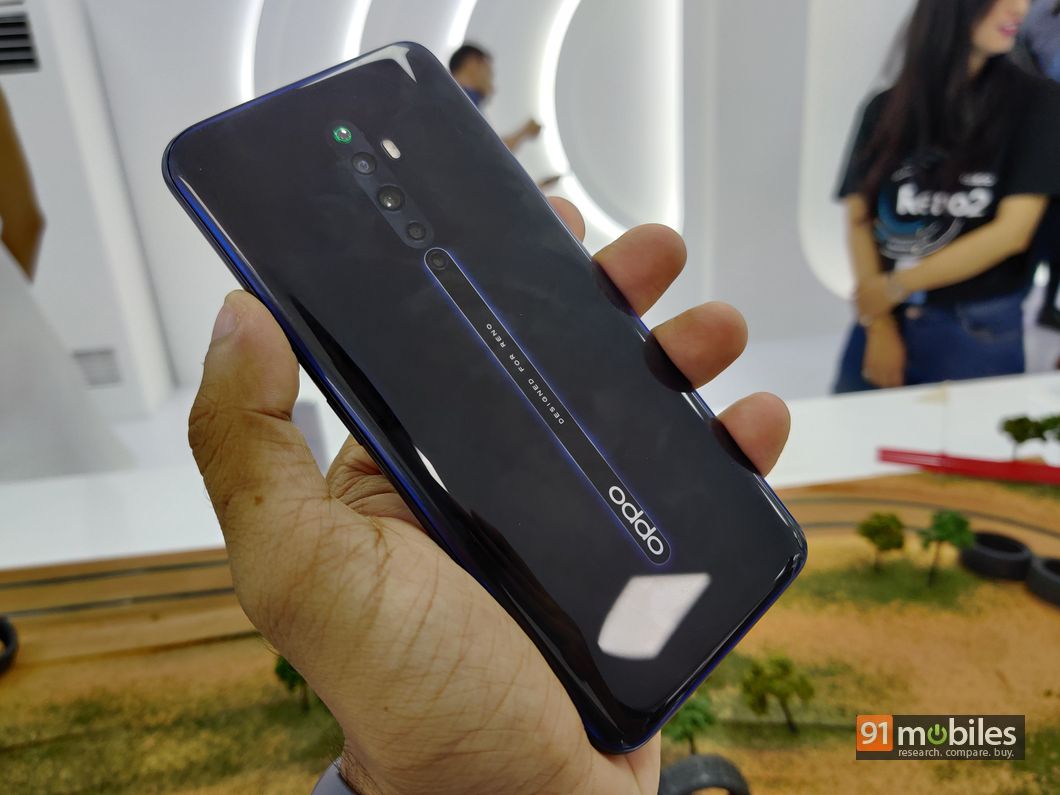 Uncanny resemblances aside, both the handsets look outright beautiful in their respective colourways, and I am certain the Reno 2F and Reno 2Z will turn heads every time you take them out of your pockets. That said, the phones sport a glossy finish towards the back which smudges quite easily. It’s more noticeable on the darker hue, so opt for the lighter shade if you don’t want to spend a good chunk of your day wiping the back of your phone. 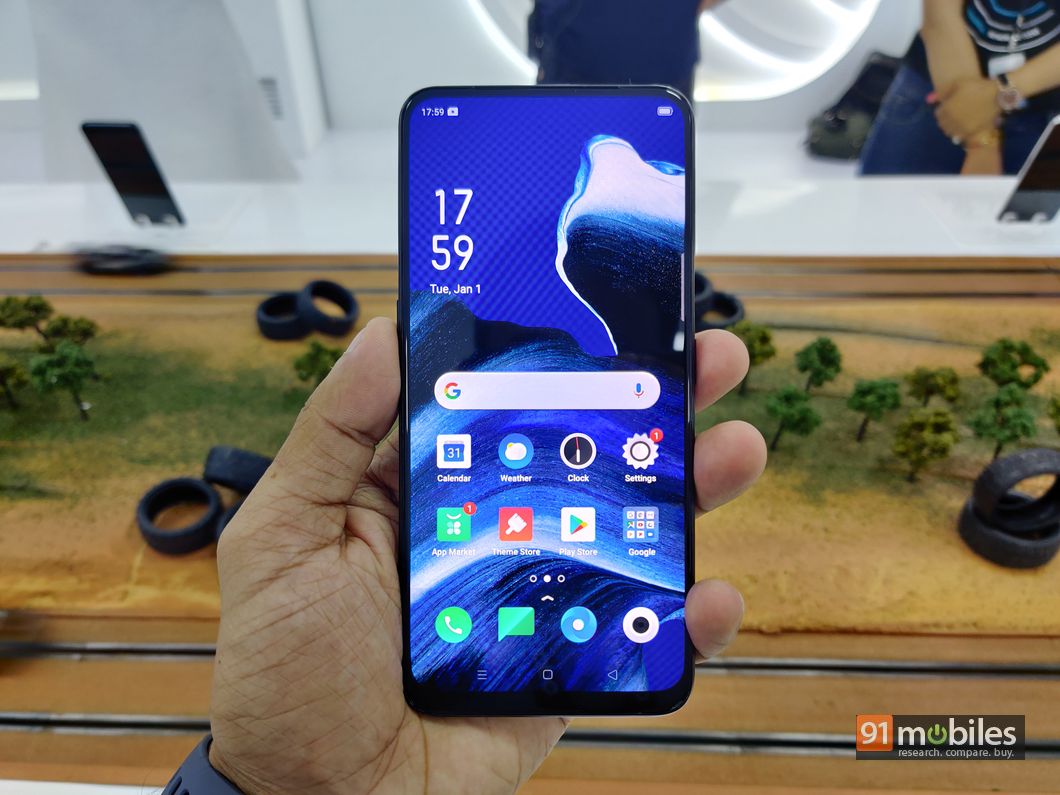 What’s more, the smartphones felt extremely compact too, and I could comfortably reach the top corners of the display on both the devices without much hassles. To achieve this, the company has all but removed the bezels surrounding the display on the two phones and has furnished the Reno 2F and 2Z with pop-up selfie cameras too. As for the tech specs, the two phones feature 6.5-inch FHD+ panels which are backed by AMOLED technology, thereby paving way for crispy colours and excellent contrast ratio. Suffice it to say, I can already see myself enjoying watching movies on the two phones when I get them for review. 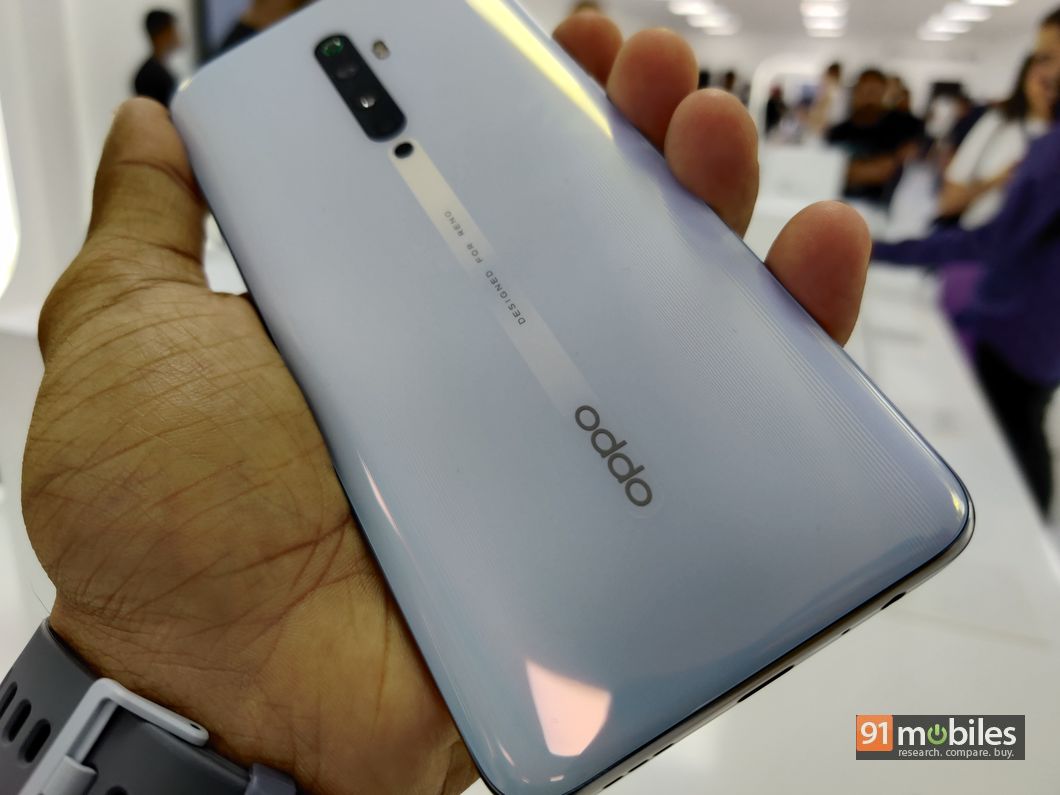 The design of the Reno 2F 2Z is seamless, as t he camera sits flush to the surface at the back on both the devices, and there are no aberrations on the frame in the form of say, a physical fingerprint sensor. That’s because, the two devices ship with in-display fingerprint readers, which in my initial testing, were pretty snappy. You also get facial recognition with the phones, which felt a tad bit slower as the selfie-camera took a second or so to pop up and go back into the frame. 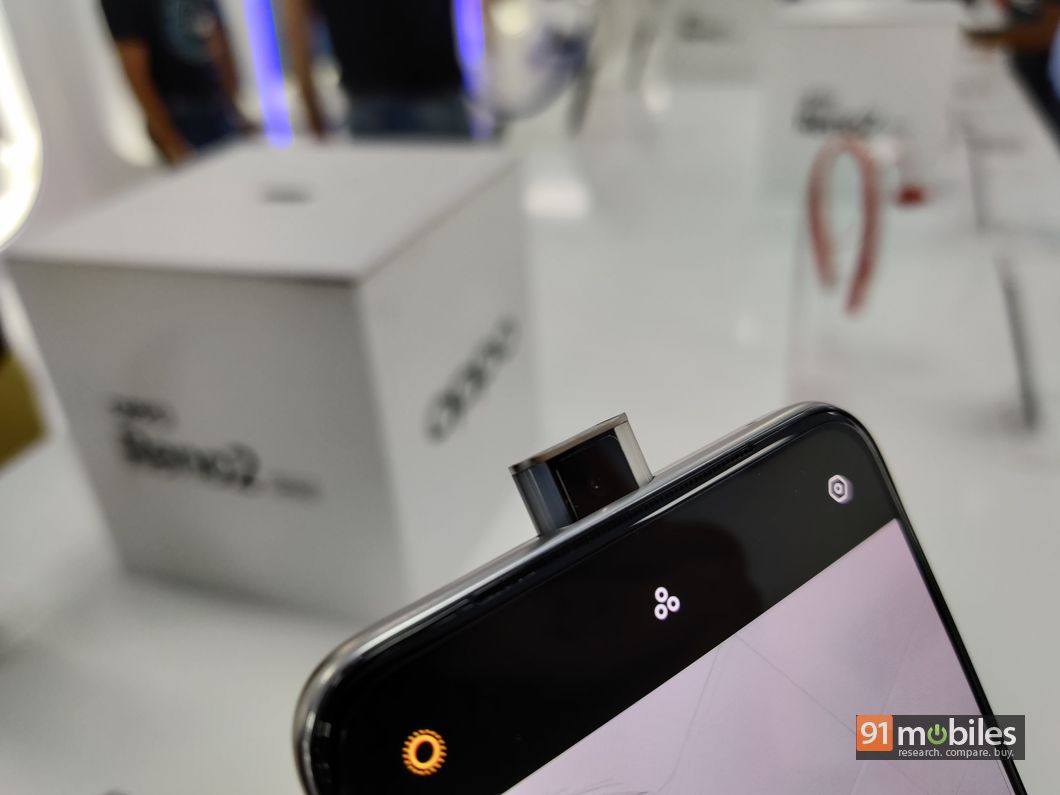 Interestingly, OPPO has even taken a page out of Redmi’s notebook and has wrapped an LED light around the selfie camera, which looks really cool. Both the phones are also 3.5mm headphone friendly, as you’ll find the analog port towards the bottom of the Reno 2F and the 2Z. 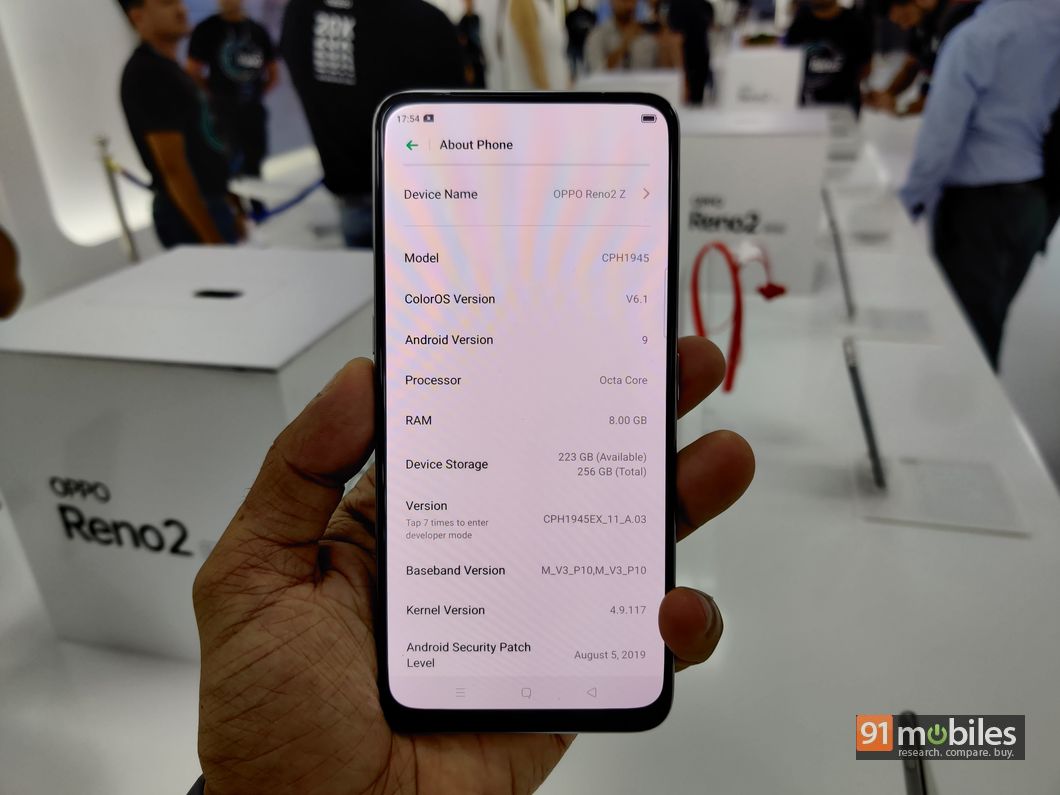 One of the main differentiators between the Reno 2F and the Reno 2Z is in their processors. You see, while the Reno 2Z is backed by the MediaTek Helio P90 chipset, the 2F has gone for the Helio P70 SoC. Moreover, the 2Z also ships with more storage to boot, and offers 8GB of RAM and 256GB of built-in, user-expandable memory. On the contrary, the 8GB RAM variant of the Reno 2F only features 128 gigs of storage. 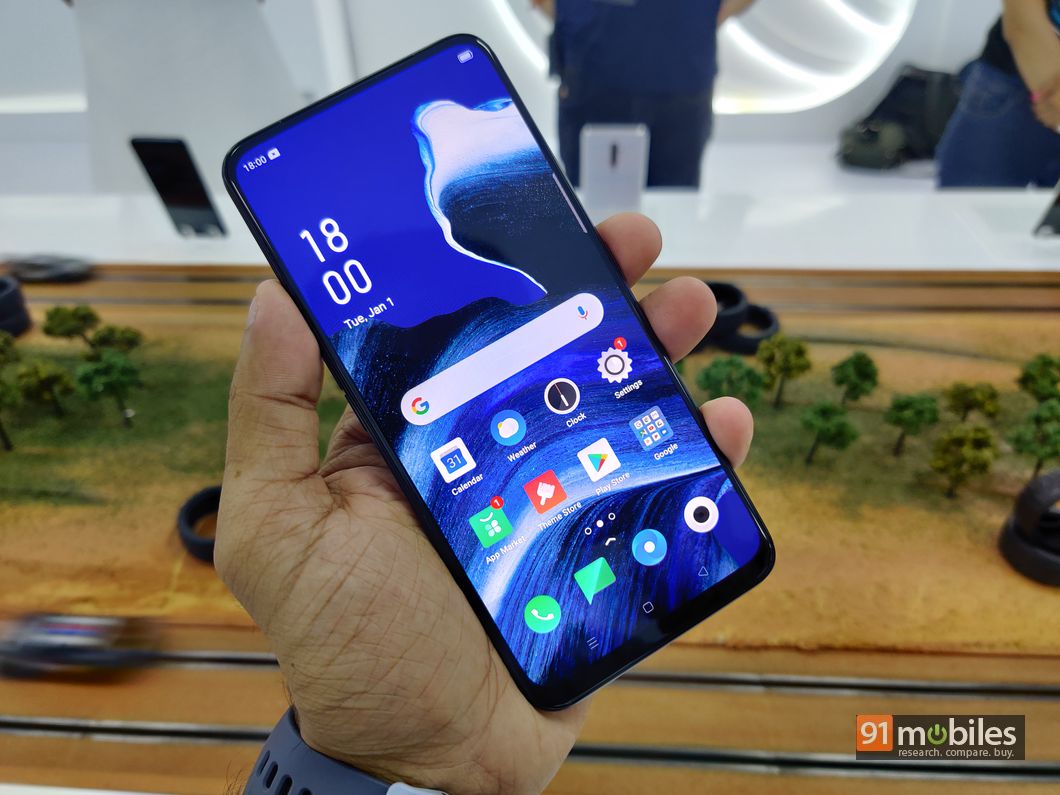 Now, I couldn’t quite put the two devices through their paces on the show floor, so I give my verdict on their performance yet. However, during my brief stint with the phones, I didn’t come across any instance of lag or stutter… apps opened quickly, and multitasking was responsive too. 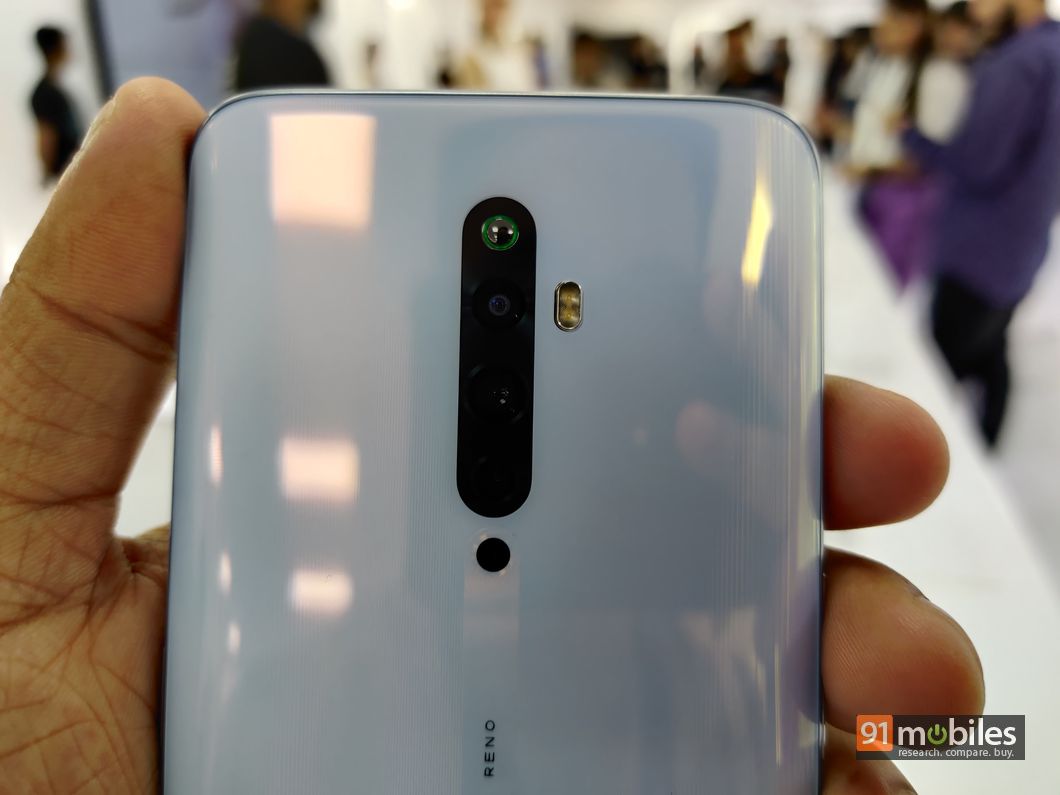 As for the cameras, the Reno 2F and the 2Z ship with a quad-camera setup towards the back, comprising a main 48MP lens which makes use of a Samsung GM1 sensor on the former, and a Sony IMX 586 sensor on the latter. The other camera specs are the same on both the models, as they feature an 8MP wide-angle shooter, a 2MP macro lens and a 2MP depth sensor. For selfies, both the smartphones feature a 16MP front-facing camera. While it’s too soon to comment on the handsets’ imaging prowess, the initial shots I took with them looked promising, to say the least. 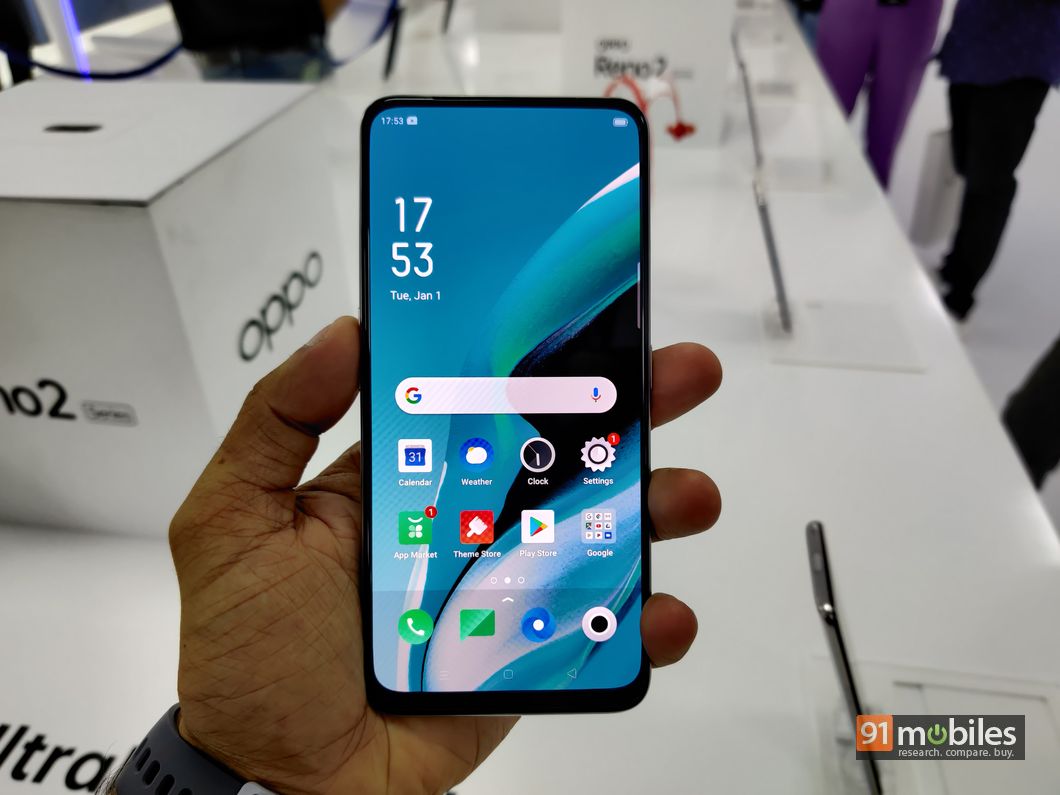 Lastly, both the smartphones ship with a custom skin of Color OS v6.0 on top of Android Pie and are fueled by a 4,000mAh battery. While the company didn’t shed any light on the pricing of the Reno 2F, the Reno 2Z carries an MRP of Rs 29,999. For the price, the device goes up against smartphones like the Redmi K20 Pro (review), which offers superior specs to boot. Therefore, it’ll be interesting to see whether OPPO’s latest Reno phones can turn the tables in the company’s favour or not. And that’s exactly what we’ll be finding out in our reviews, so watch out for the same.