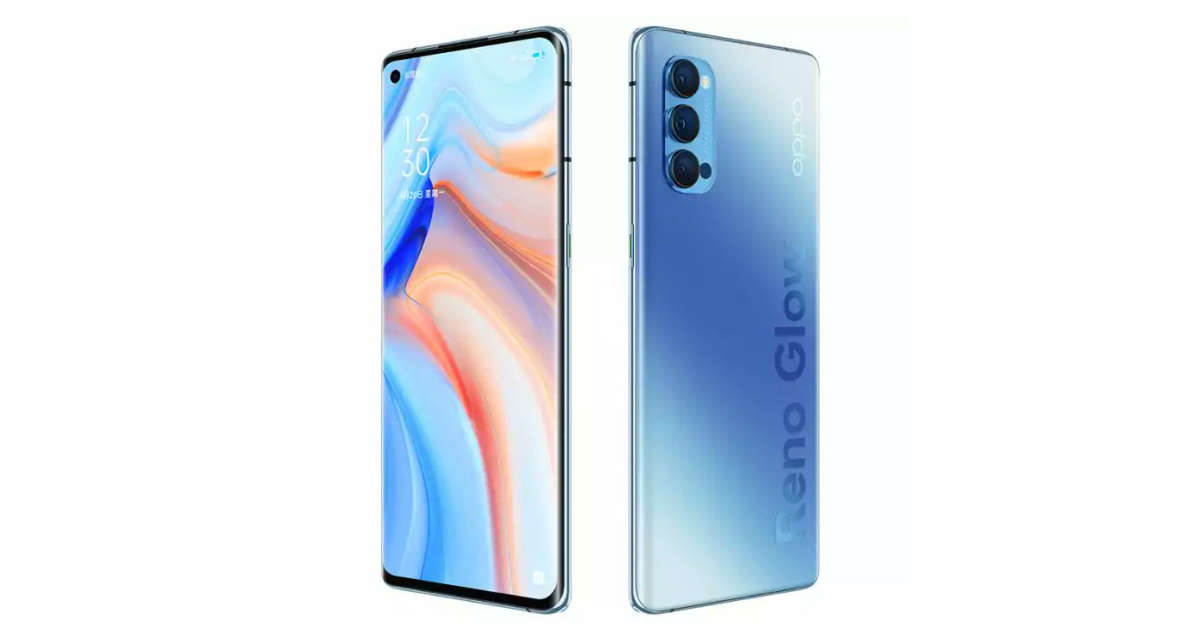 OPPO Reno 4 and Reno 4 Pro launch seems close, and the company recently released a teaser video, revealing gradient rear design and a quad-camera setup. Separately, the promotional renders of the standard Reno 4 surfaced online as well. These smartphones will succeed the Reno 3 series that debuted in late 2019. The OPPO Reno 4 and Reno 4 Pro phones have now appeared on TENAA along with key specifications and images. While the latter bears model numbers PDNM00 and PDNT00, the Reno 4 comes with PDPM00 and PDPT00 model numbers. According to the listing, the OPPO Reno 4 and Reno 4 are said to come with 6.43-inch and 6.55-inch AMOLED displays. While the chipset name isn’t revealed, it’s a 2.4GHz octa-core processor coupled with 8GB/12GB RAM and 128GB/256GB storage options. Both the phones will boot Android 10 OS, likely to be skinned with a custom interface on top. As for the optics, the Reno 4 Pro is said to feature a triple-camera setup comprising a 48MP primary sensor, a 12MP secondary lens, and a 13MP third-sensor. The phone is tipped to pack a 32MP snapper on the front for selfies and video chats. The standard Reno 4 will have the same 48MP main camera accompanied with 8MP and 2MP sensors. On the front, it is said to pack a 32MP primary camera and a 2MP second sensor, meaning it’ll have a dual-punch hole cutout. The Reno 4 Pro and Reno 4 feature 1,955mAh and 1,965mAh battery capacities respectively, as per the TENAA listing. However, those battery capacities look wrong, and the official figures could be much higher. The OPPO Reno 4 Pro measures 159.6 x 72.5 x 7.6mm and weighs 172 grams, while the non-pro model measures 159.3 x 74.0 x 7.8mm and weighs 183 grams. Both the phones could feature in-display fingerprint sensors for authentication.