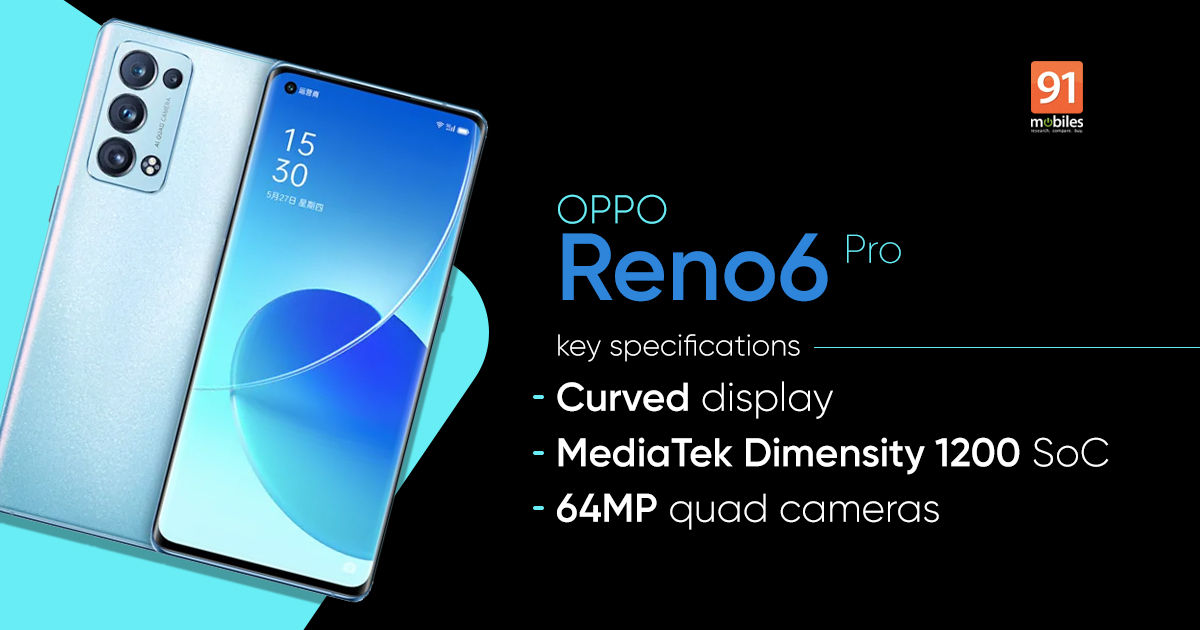 Over the past few weeks, we’ve seen several instances of the OPPO Reno6, Reno6 Pro, and Reno6 Pro+ popping up online on several certification websites. At this point, it is abundantly clear that OPPO plans on launching the three new Reno6 smartphones globally. Now, we that the OPPO Reno6 series launch date is May 27th thanks to a new teaser. The information comes via OPPO’s official Weibo handle (via MySmartPrice). Separately, the OPPO Reno6, Reno6 Pro, and Reno6 Pro+ have been listed on China’s JD.com website, revealing the design and key specifications. 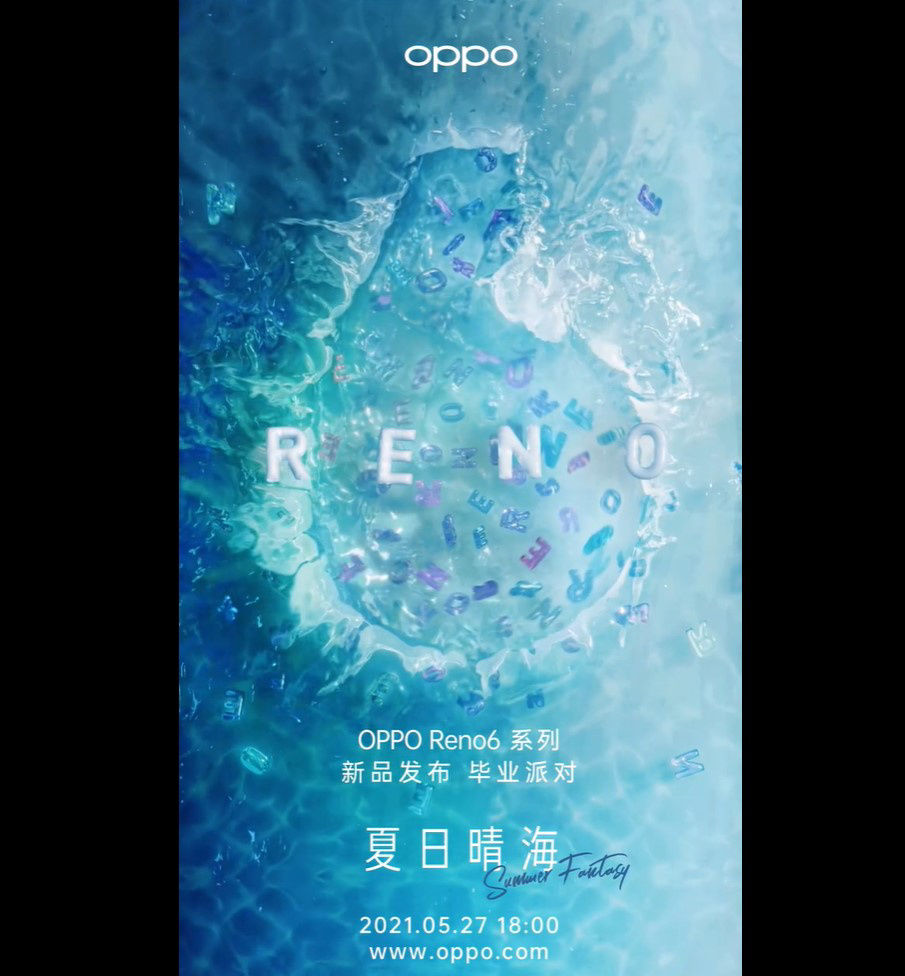 The entry-level OPPO Reno6 will be a device to keep your eyes out for, as it is tipped to be the world’s first-ever smartphone to run MediaTek’s new Dimensity 900 chipset. Interestingly, the images on JD.com, spotted by tipster Mukul Sharma, show that the vanilla OPPO Reno6 will come with an iPhone 12-like flat metal frame. The phone will also get a corner punch-hole camera, 65W fast charging support, and a 90Hz AMOLED display. The device will come in 8GB+128GB and 12GB+256GB variants and in Summer Ocean, Xinghe Dream, and Night Sea colour options.

The OPPO Reno6 Pro, on the other hand, will come with a curved display and a slim frame much like its predecessor. The smartphone will be powered by the MediaTek Dimensity 1200 chipset and it will be offered in 8GB+128GB and 12GB+256GB variants. The device will come with a 64MP quad-camera system, 90Hz AMOLED display, and 65W fast charging.

Lastly, we have the OPPO Reno6 Pro+, which will come with a similar design as the Reno6 Pro. The high-end phone will feature a 50MP quad-camera system, 65W fast charging support, 90Hz AMOLED display, and more. The phone will be powered by the Snapdragon 870 chipset paired with up to 12GB RAM and 256GB internal storage.