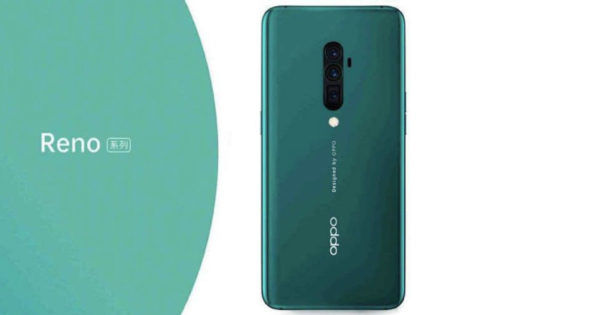 It’s been a couple of days since OPPO VP Shen Yiren announced the new Reno series that will debut in China. Since then, OPPO’s official account has also revealed that the flagship series will debut on April 10th in the country. The news of the series caught everyone by surprise and besides the official statements, what little info there is, is speculation and leaks. But OPPO’s VP has today yet revealed some more details about the colour variants that we will eventually see on the new Reno phones. 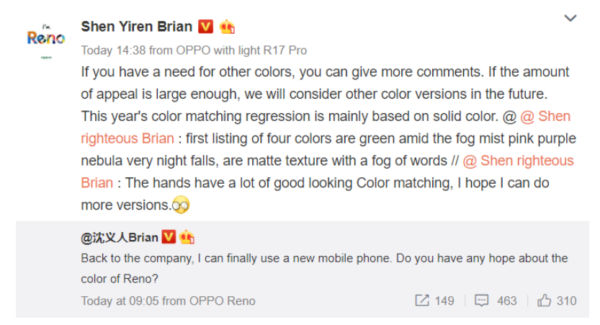 As per a Weibo post by Yiren, OPPO Reno will have four hues – Fog Green, Pink Mist, Night Black, and Nebula Purple. Moreover, these colours will have a matte touch instead of the glossy finish we’re so used to seeing on premium phones. The official post was followed by a leak of the Fog Green variant of the phone and it was the first clear look we had of the smartphone’s back.

There’s a “Designed by OPPO” branding beneath the camera module and an absence of a capacitive fingerprint reader on the rear. One particular variant of the OPPO Reno handset also passed IMDA certification in Singapore and Bluetooth SIG revealing a Snapdragon 710 SoC along with a 6.4-inch Full-HD+ display panel. Current rumours, though, hint that the smartphone will feature a Snapdragon 855 SoC, a 4,065mAh battery, and run ColorOS 6.0 custom skin.