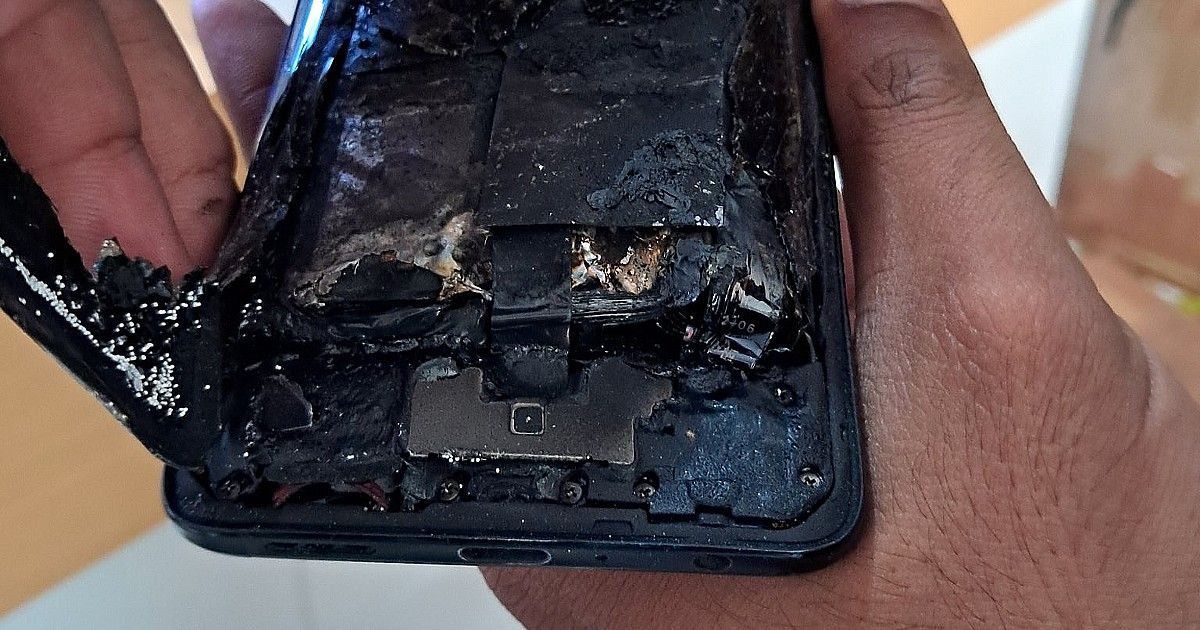 In a new incident of a smartphone catching fire while not being put through strenuous usage, a series of tweets by a user have claimed that an OPPO Reno2, launched in 2019, smartphone caught fire earlier this month, on July 6th. According to tweets posted by a user who goes with the name ‘Vamshi’ on Twitter, the smartphone allegedly caught fire without any prior notice, when the user was scrolling through lightweight messaging app WhatsApp — and the phone was not being charged, either.

The user, who further shared screenshots of their conversation with OPPO India customer care service, and images of the smartphone, said that the brand has so far not taken responsibility of the incident.

After this incident, I checked a lot of similar incidents reported. I want @oppo to recheck all the phones that was manufactured in that batch immediately.

A statement sent by OPPO Care India to the user seemingly said, “Your device was not genuinely burned and was broken internally. Hence, we cannot consider it under the blast case. In case of any query, feel free to reach our service centre.”

However, the complainant has since said that OPPO India has not offered any acknowledgement or resolution of the issue, and the case remains open for further investigation right now.

This, though, is hardly the first instance of a smartphone catching fire. Earlier this year, in April, an unnamed smartphone caught fire aboard an IndiGo aircraft while in transit. According to a statement on the matter by the Directorate General of Civil Aviation, the smartphone had a case of abrupt battery overheating without being put on charge, and exploded while in flight. No individuals were harmed in the process.

Previously, other devices such as the OnePlus Nord 2 have seen cases of battery overheating and exploding in India, during which the company offered full device and medical compensation to the user who went through the ordeal.

To recall, the OPPO Reno2 was launched in August 2019. The smartphone features a 6.5-inch full HD AMOLED display, and runs on the Qualcomm Snapdragon 730G SoC. It has 8GB RAM and 256GB storage, and a 48MP quad rear camera setup as well. To the front, it has a motorised pop-out 16MP selfie camera, and an under-display optical fingerprint sensor. The package is powered by a 4,000mAh battery with 20W fast charging support.

OPPO channel gets pulled down by YouTube during Reno8 series launch: here’s what happened