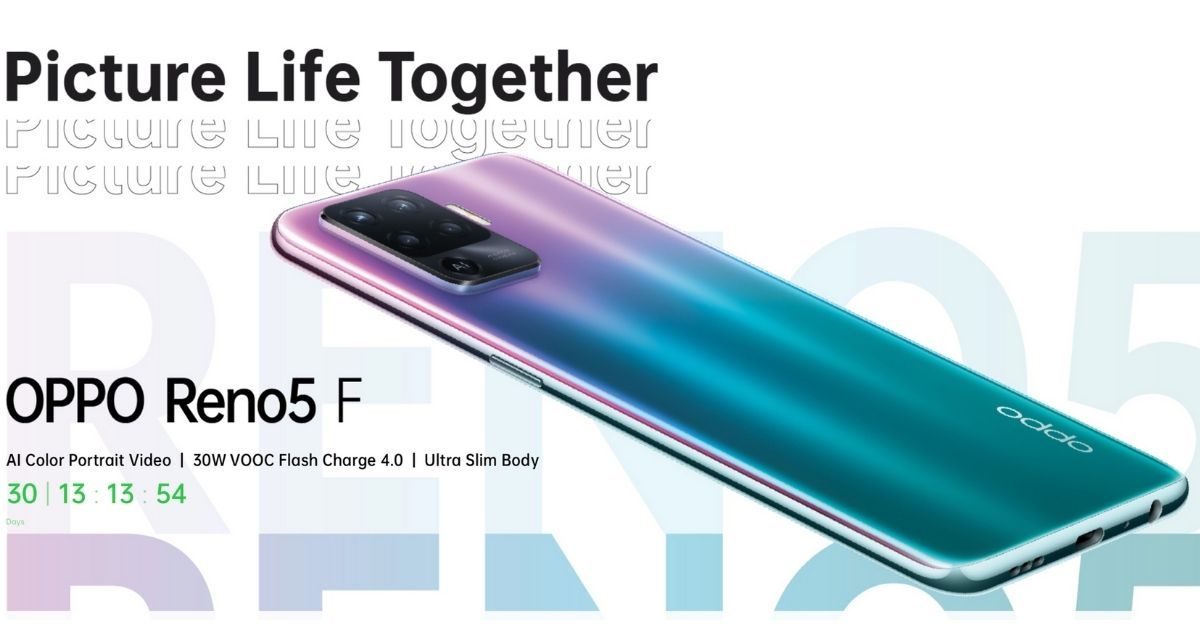 OPPO Reno5 F, a brand new variant of the Reno5 smartphone from OPPO, has revealed itself in Kenya. The official OPPO website in Kenya has made a teaser page live for the new smartphone and revealed some specifications. OPPO Reno5 F is the fifth Reno5 variant from the company, with four others already launched back in December last year. The OPPO Reno5 F in the teaser seems to feature an all-new design with a redesigned rear camera module. Customers in Kenya can currently pre-order the phone, but will have to wait till March 22nd to be able to purchase one.

Those interested in the Reno5 F can pre-order the phone between February 23 and March 21, while also being eligible for freebies such as the OPPO Enco W11 earbuds and a 6-month screen protection plan. The phone is currently priced at KSh 31,999, which is about Rs 22,000. It will be available in two colour options: Fluid black, and Fantastic Purple.

Although a teaser page is live on the OPPO Kenya website, it doesn’t exactly reveal all its specifications. Details such as processor, RAM, and storage aren’t known as of now. The teaser images do show a punch-hole display up front, and a quad-rear camera setup. There appears to be no fingerprint scanner at the back, or on the power button, which implies that the Reno5 F probably has an in-display sensor. What we do know, is that the phone is equipped with a 4,315mAh battery that supports 30W VOOC Flash Charge 4.0. The official page also reveals that the phone will get video recording features such as AI Colour Portrait Video, and Dual-View Video, which lets users record both the front and rear cameras simultaneously. The device will feature a 6.4-inch AMOLED display and a 32-megapixel front camera. The quad-rear camera setup comprises a 48-megapixel main shooter along with an 8-megapixel ultra-wide, and dual 2-megapixel sensors for macro and depth.