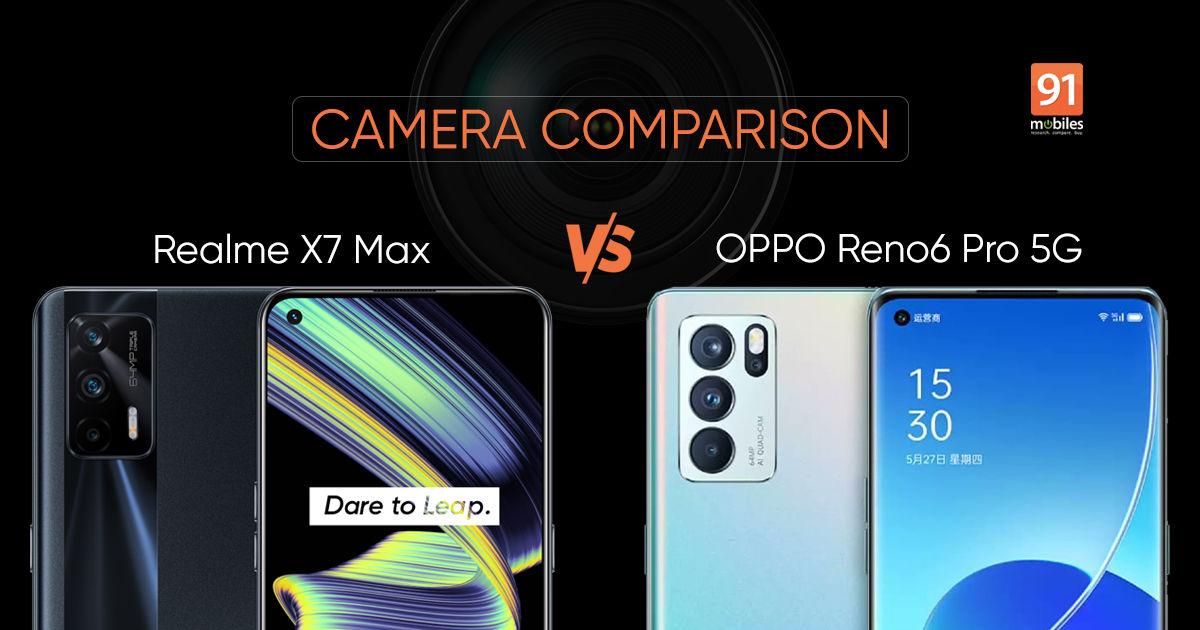 The cat is finally out of the bag and OPPO has unveiled its all-new Reno6 series of smartphones in India. The series comprises the Reno6 and the Reno6 Pro 5G (review), both of which employ MediaTek’s Dimensity processors and come toting a slew of camera-centric features. Now, having recently reviewed the Reno6 Pro 5G, I couldn’t help but draw similarities of the phone to Realme’s X7 Max 5G (review). The fact that Realme’s offering was backed by the same chipset and employed a similar camera setup piqued my interest even more. So, today, I will be comparing the cameras on the Reno6 Pro 5G and the Realme X7 Max 5G to find out if you should pay more for the Reno experience, or be real with yourself and save some bucks.

First things first, let’s get the camera specs out of the way. Starting with the OPPO Reno6 Pro 5G, the smartphone ships with a quad-camera setup at the back comprising a 64MP OmniVision OV64B main sensor which works alongside an 8MP ultra-wide angle lens with a 2MP macro sensor and a 2MP mono sensor. 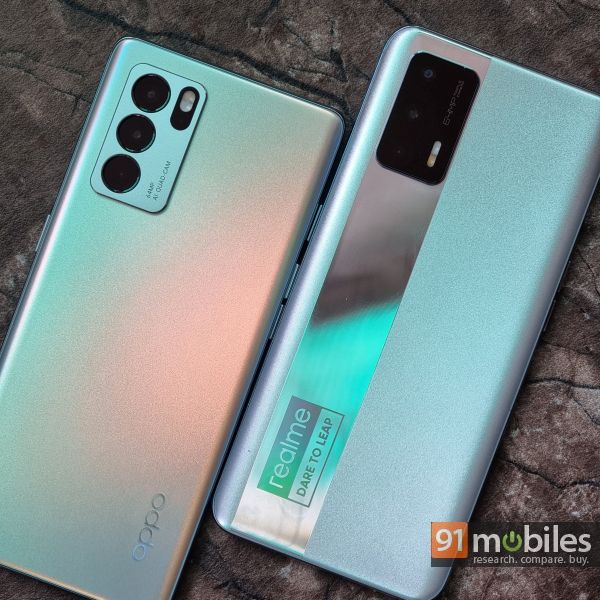 For selfies, the handset makes use of a 32MP selfie shooter. On the other hand, the Realme X7 Max 5G features a triple camera setup at the back with a 64MP Sony IMX 682 sensor leading the pack. The assisting shooters include an 8MP ultra-wide angle sensor, a 2MP Macro lens and a 16MP selfie camera.

Both our contenders boot OPPO’s ColorOS V11 and consequently, feature identical camera apps. That being said, there are some notable differences buried deep within the settings. For one, OPPO has reserved its Bokeh Flair video feature for the Reno6 Pro 5G and you won’t find the same utility on the Realme X7 Max 5G. 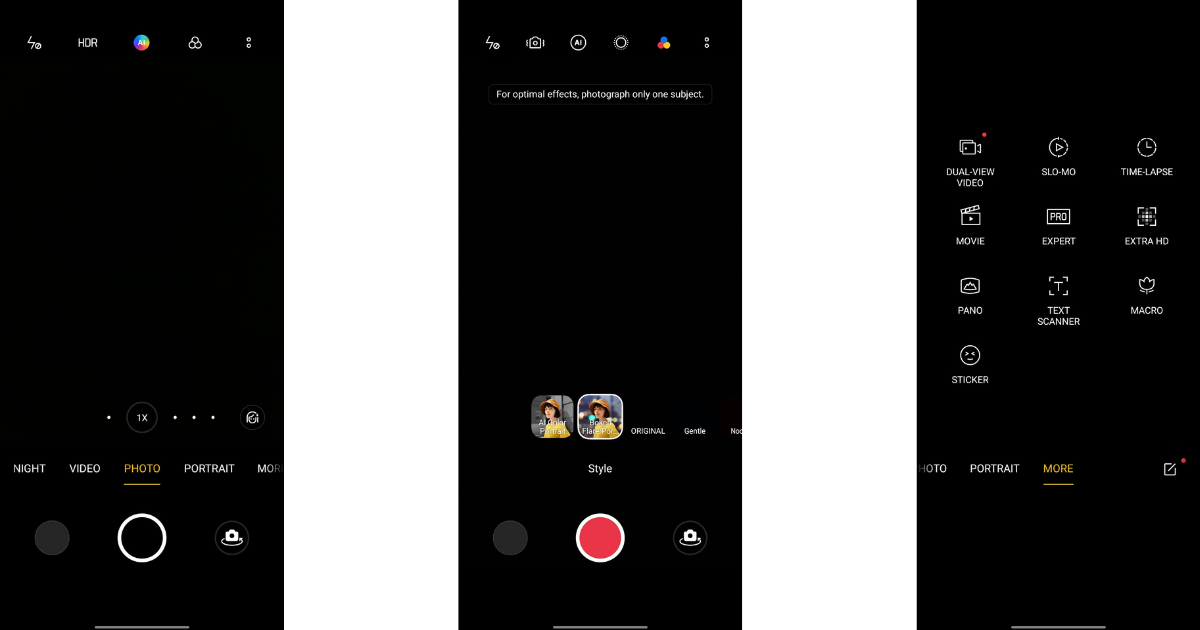 Furthermore, unlike Realme’s offering, the OPPO Reno6 Pro 5G clicks 108MP photos by employing a ‘superresolution’ algorithm. Consequently, you won’t find a 64MP tab on the Reno6 Pro 5G’s interface and instead, will have to swipe to the “more” section to click super high-resolution photos. Other than that, you won’t find any differences between the two camera apps.

With the basics out of the way, let’s take a look at how the two phones perform under different shooting scenarios. First up, let’s glance at the side-by-side shots from the duo with the HDR mode enabled. Now, for the most part, both the devices click very similar photos, which is to be expected. That said, the images aren’t identical and I noticed that during the day, the Realme X7 Max’s sensor outputted more detailed photos. 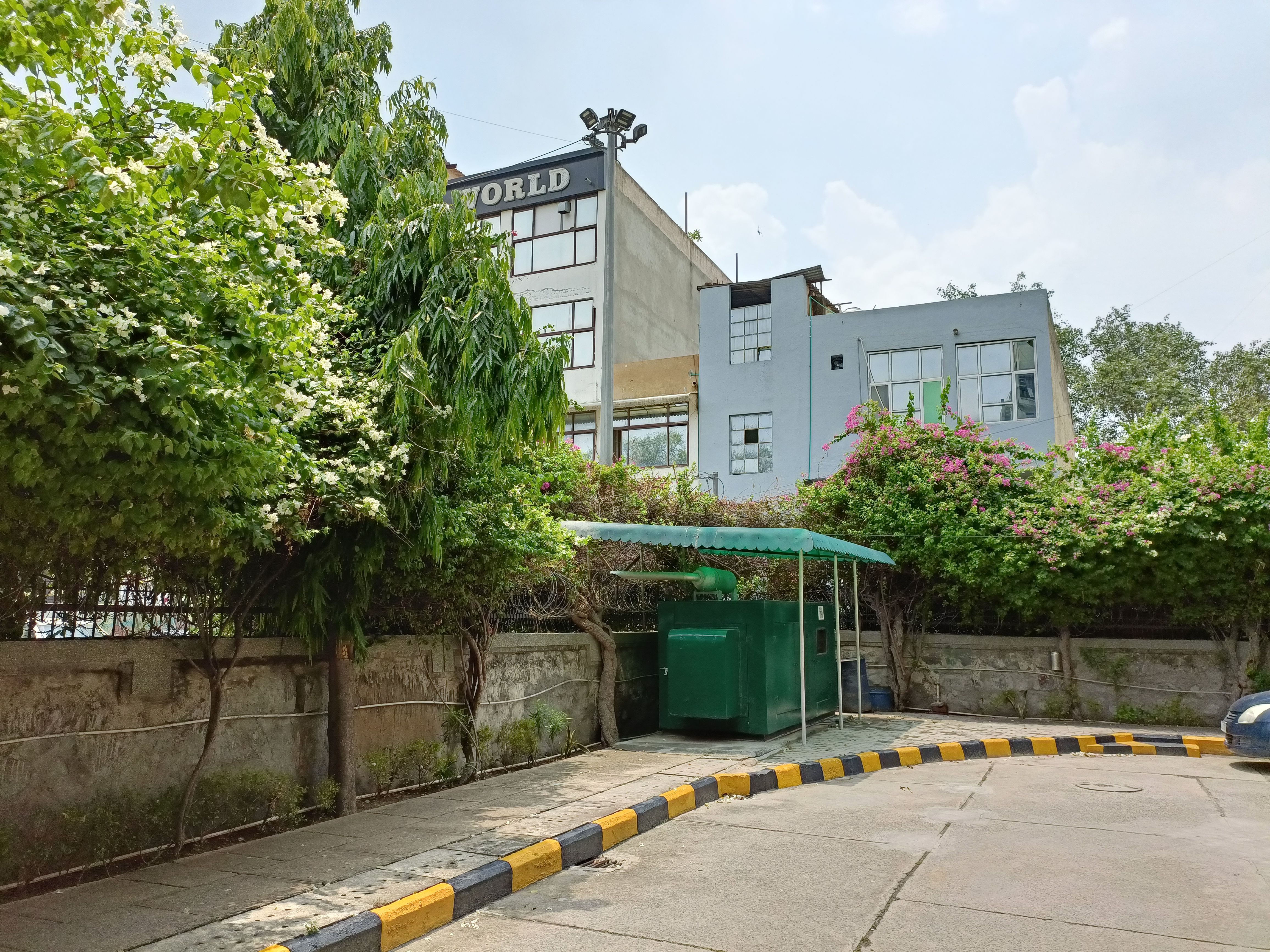 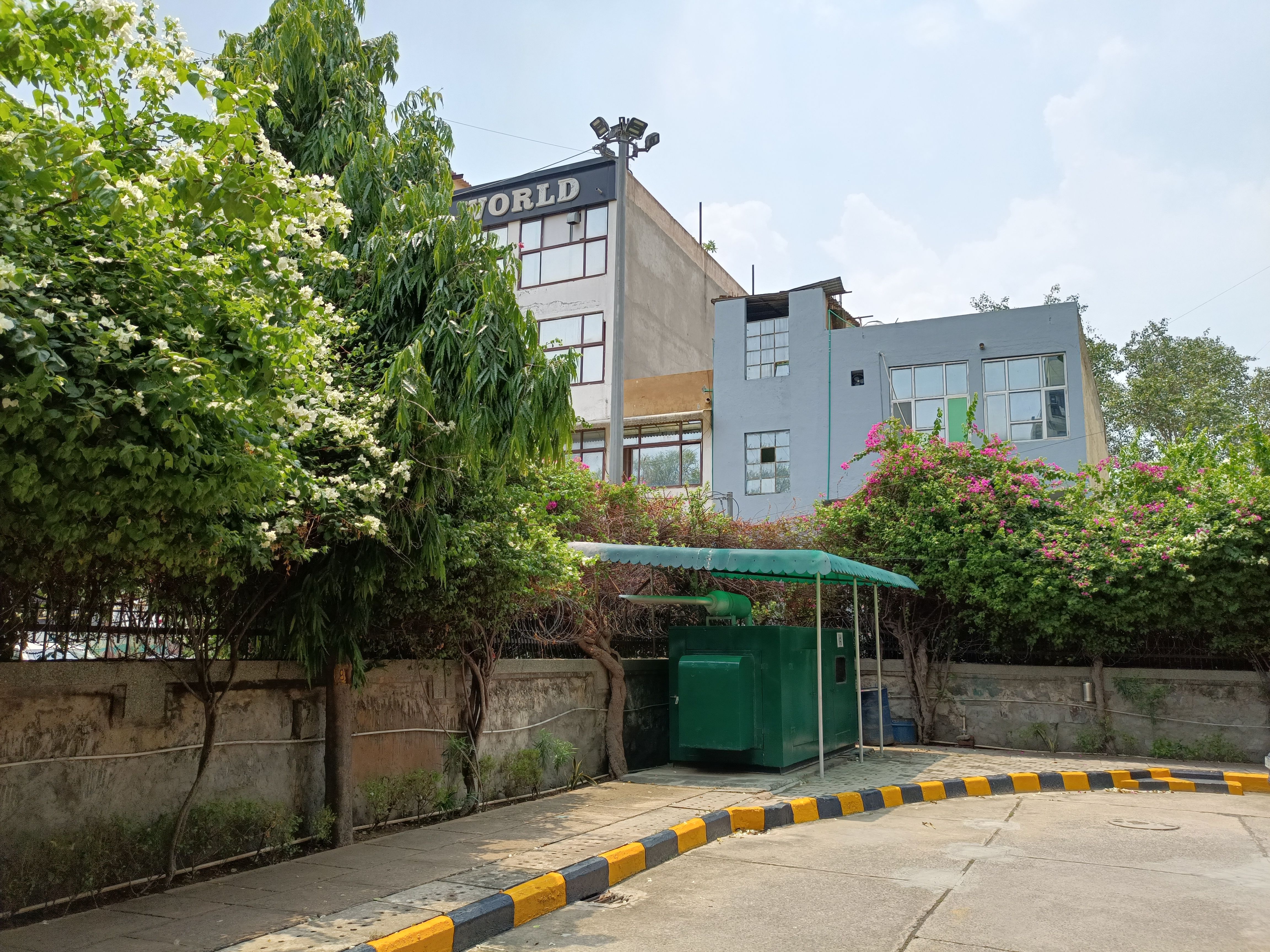 As an example, if you compare the shot of my apartment complex, then you’ll notice that at a closer crop, the X7 Max’s photo blows the Reno6 Pro 5G’s image out of the water. While the details around the centre of the frame are the same across the two images, the Reno6 Pro 5G struggled to resolve the bushes around the edges. Heck, it seems like the phone processed part of the photo in an art class as the edges look like a water painting. 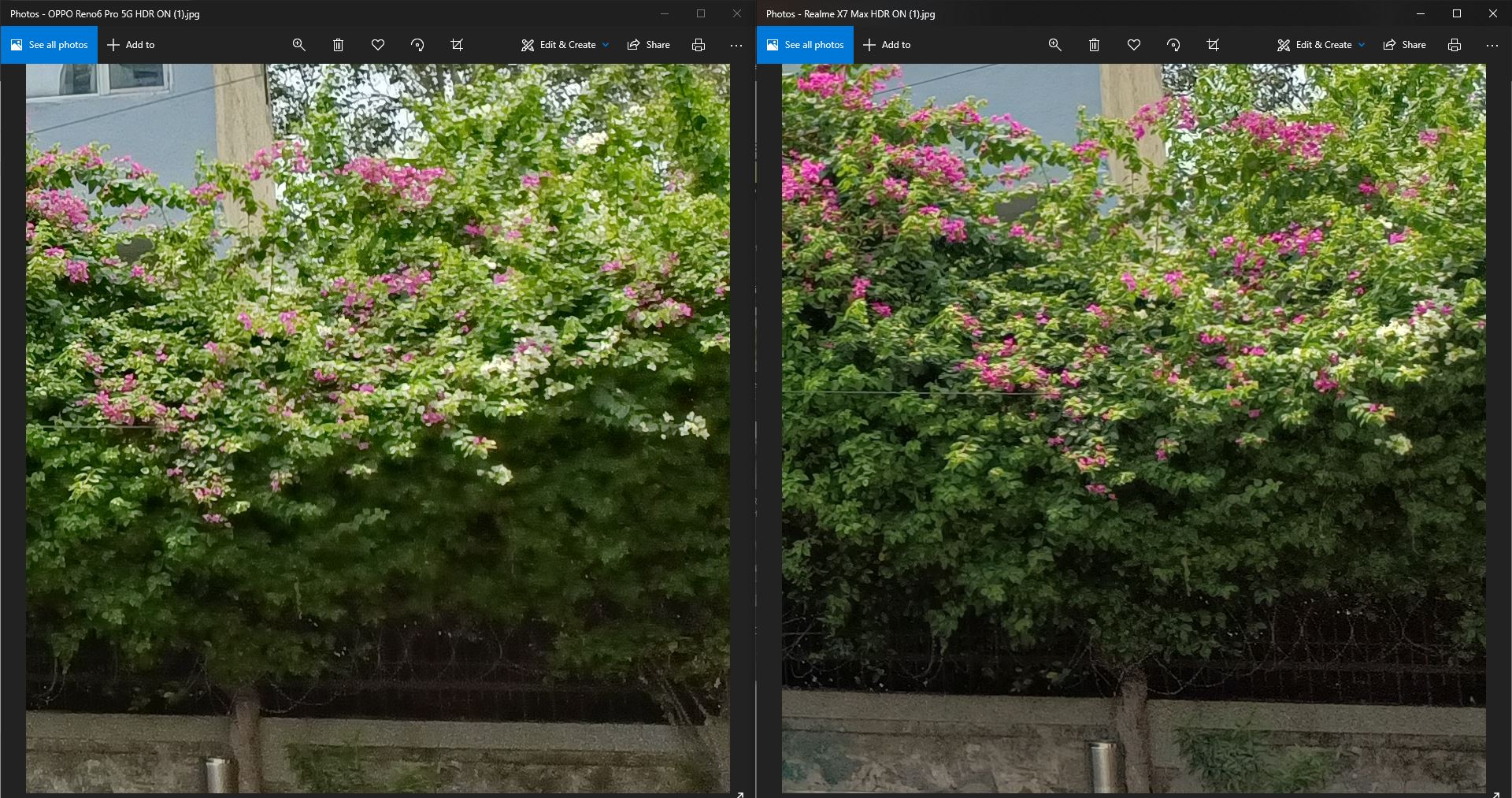 However, I also noticed that with the HDR mode enabled, the Realme X7 Max tends to spruce up the colours in the photo. The difference between the two phone’s colour processing isn’t night and day, but users with a penchant for colour-accurate images will undoubtedly like the shots from the Reno6 Pro 5G more. 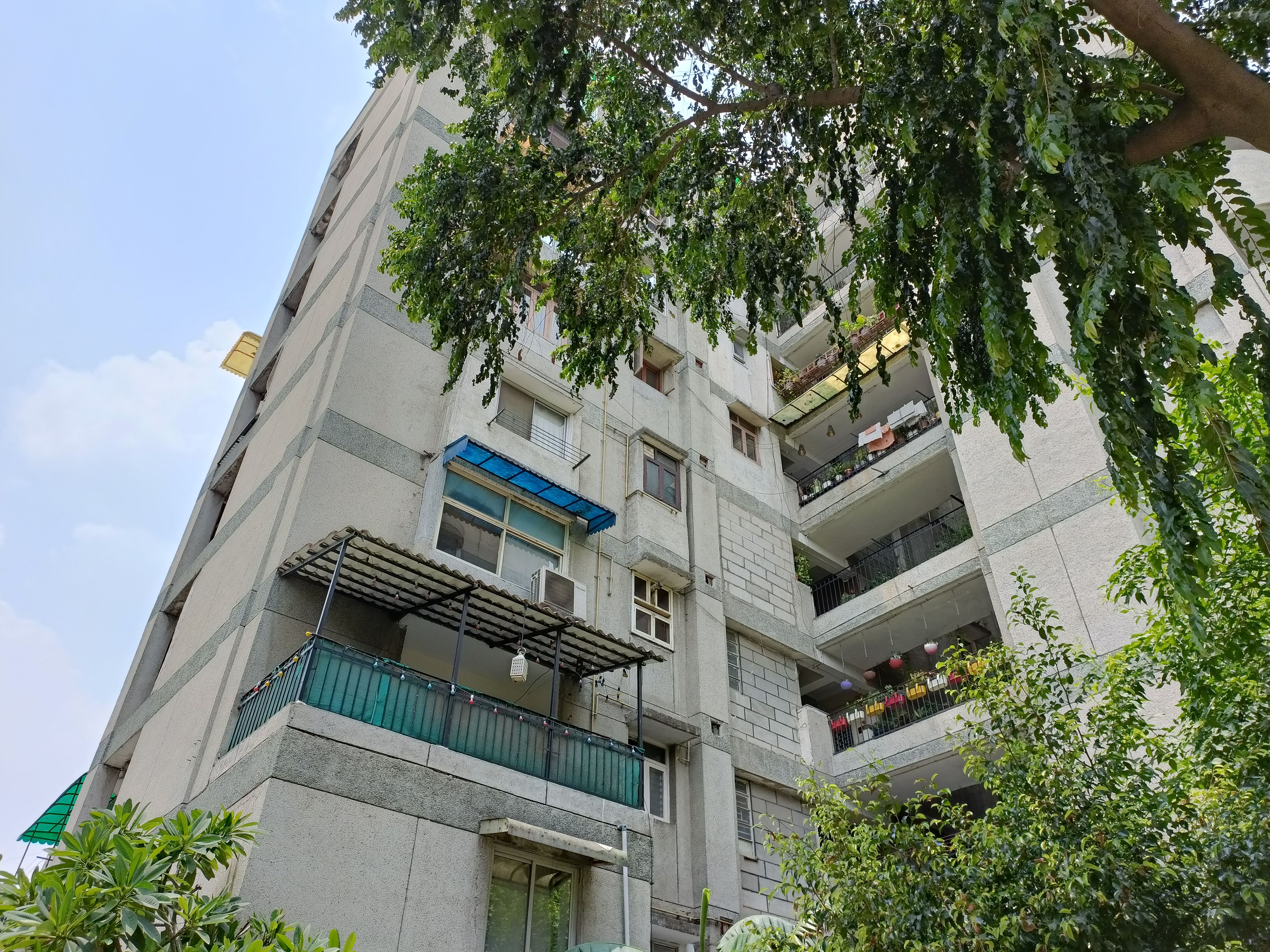 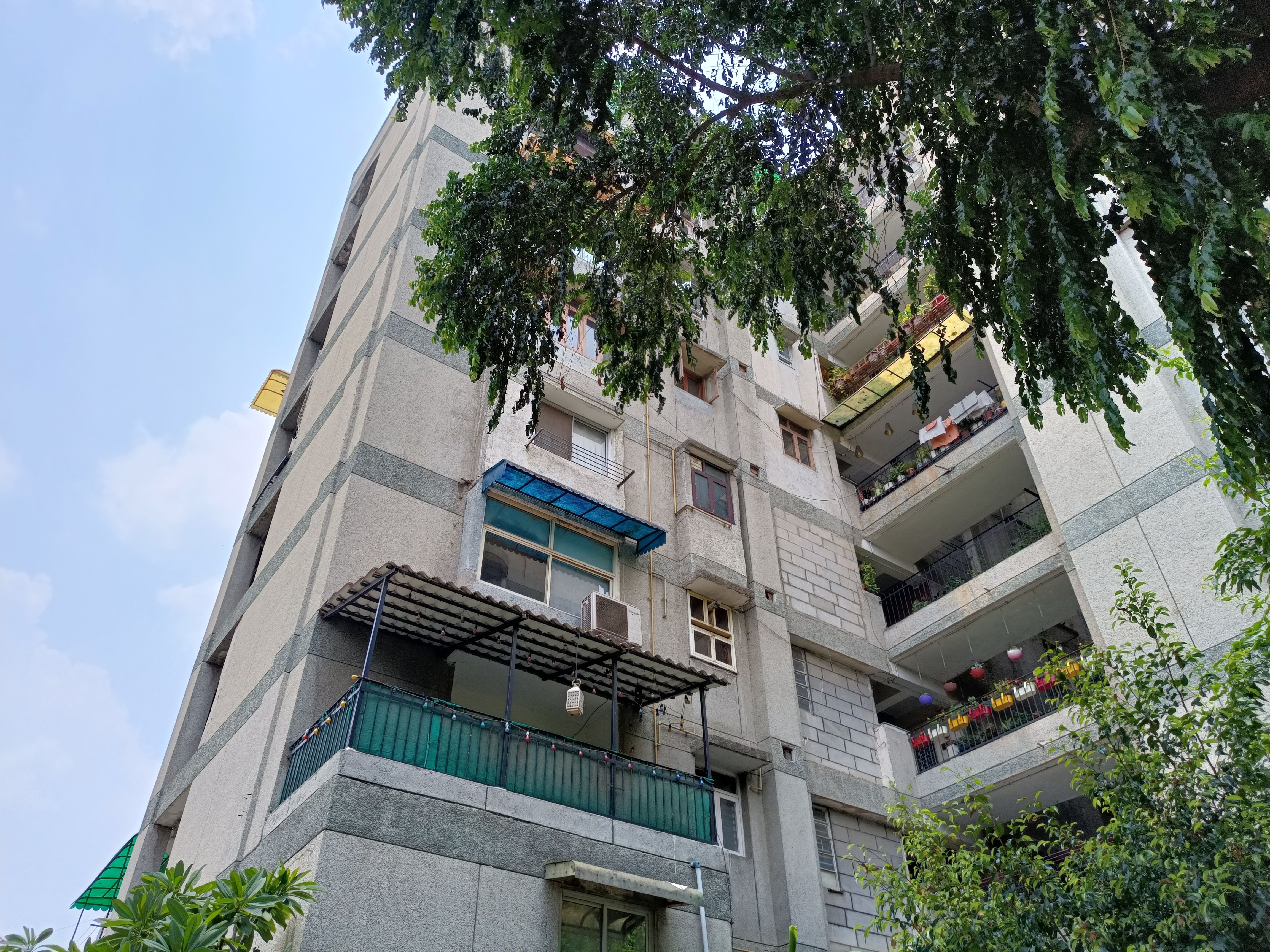 Here’s another example. In this next shot of a building in my complex, you’ll notice that the flower pots positioned near the corridor appear more vibrant on the Realme X7 Max’s photo. What’s more, you will also notice the photo has a pinkish tint. Ipso facto, while the X7 Max offers more details in the frame, the Reno6 Pro 5G puts forth a more authentic representation of the scene.

For the uninitiated, AI Scene Enhancement is a photo mode that tasks the phone with analysing a given scene and offering the best possible picture presets. In a nutshell, photos shot with the mode enabled will have even more vibrant hues – think of it as an HDR mode on steroids. Unsurprisingly, the results from the same were in line with what we’ve seen already. As such, the Realme X7 Max outputted a slightly more detail-laden photo, albeit introduced a pinkish tint in the frame as well. For the most part, I think you should be able to get a serviceable image without using AI Scene Enhancement. Regardless, I’ve posted two examples comparing different scenes within my apartment complex below, so take a gander. 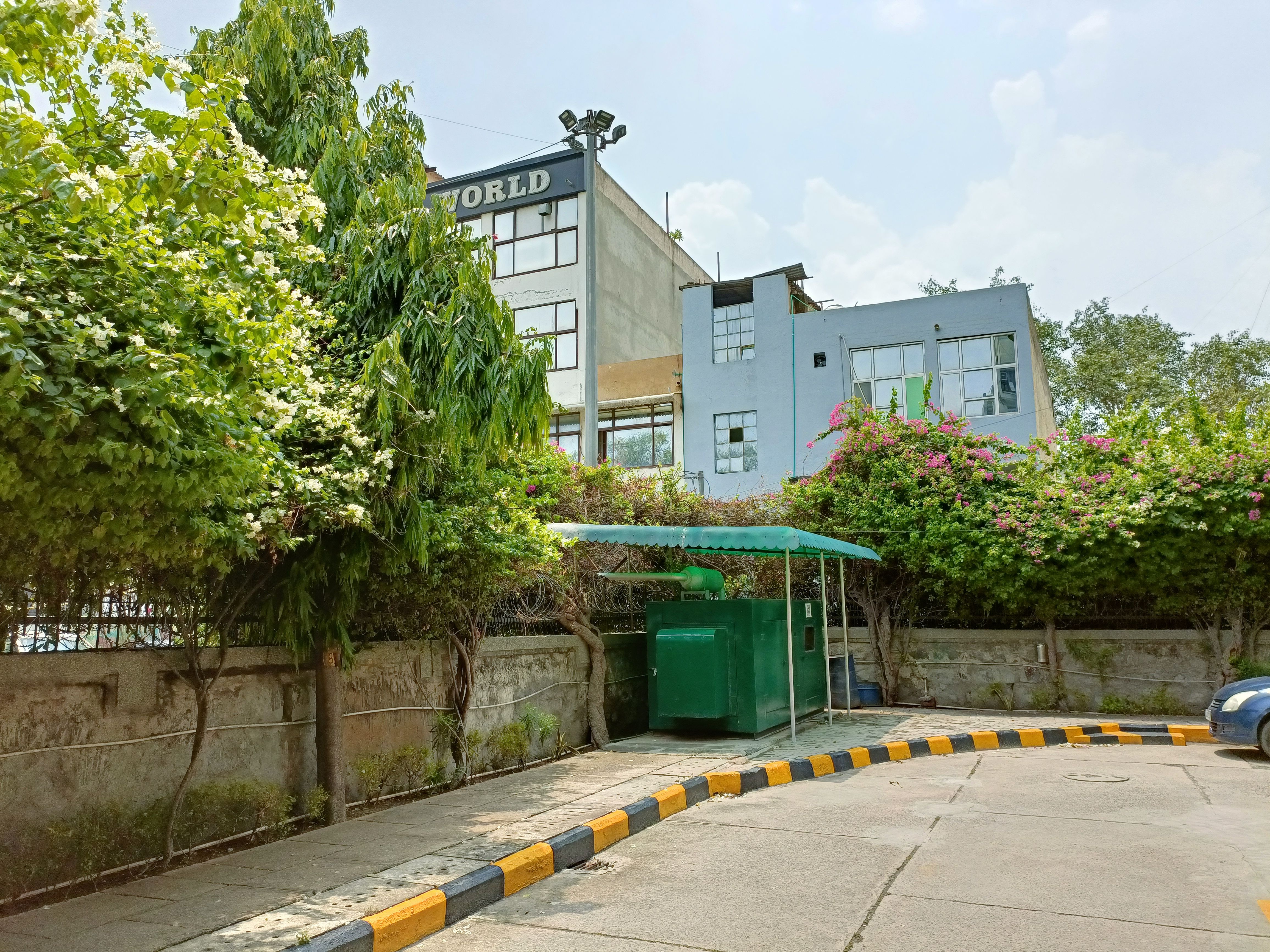 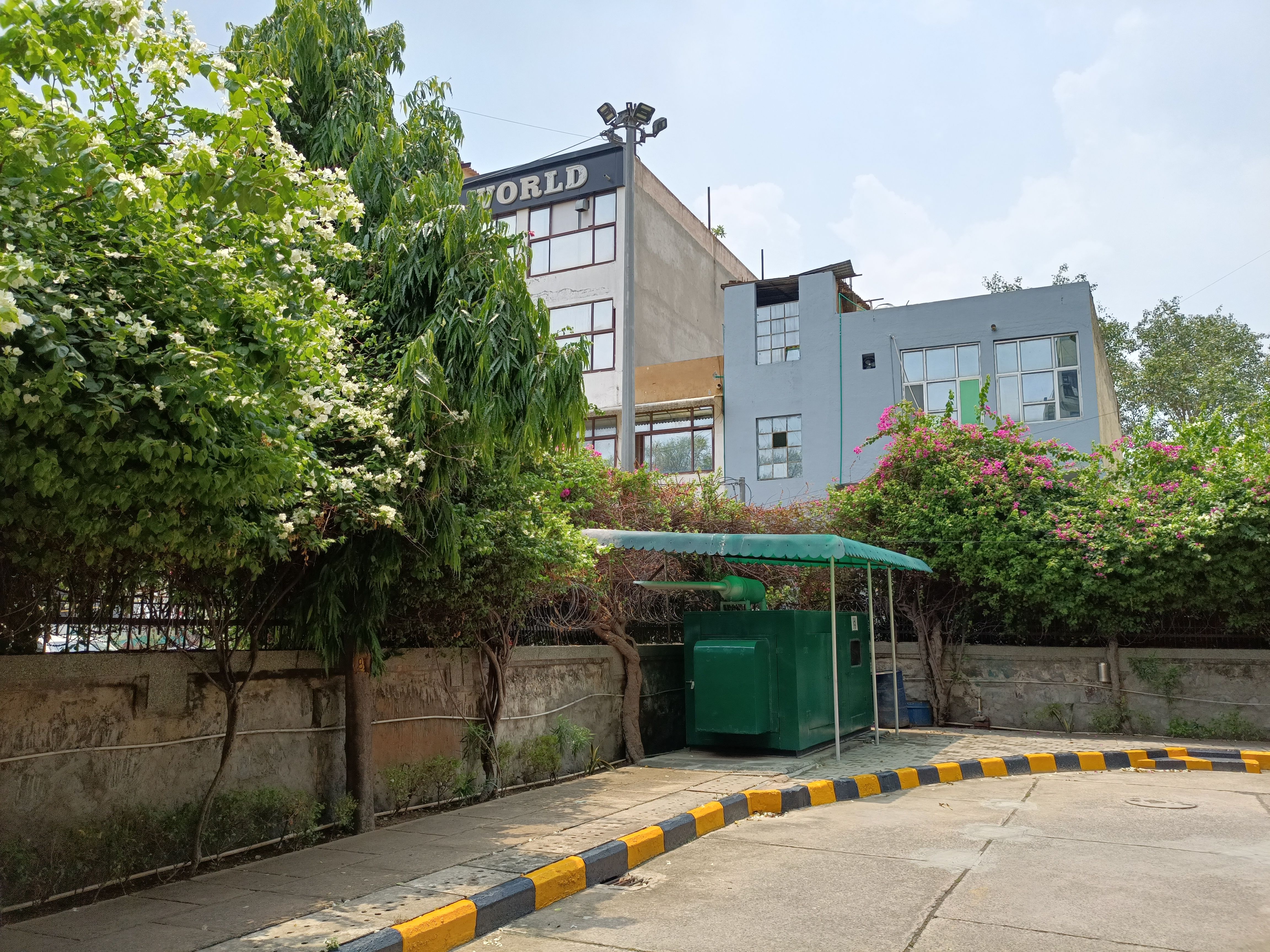 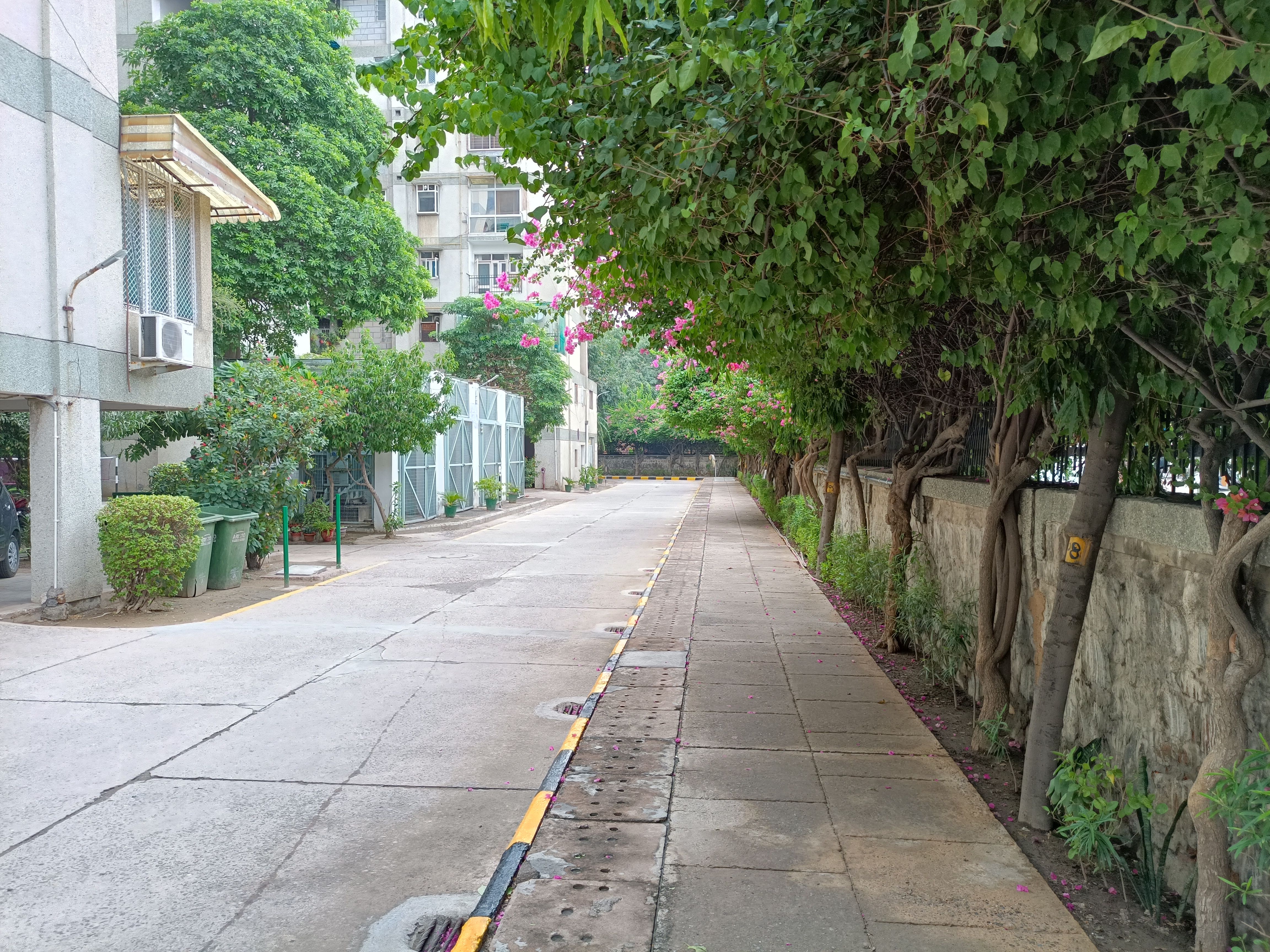 The Realme X7 Max and the OPPO Reno6 Pro 5G ship with 8MP ultra-wide angle sensors too. Now, truth be told, I didn’t like the wide-angle shot from either. That said, if I had to pick one or the other, then I would probably go with the Reno6 Pro 5G here. You see, while the Realme X7 Max 5G did manage to squeeze out more details from the shadows, the Reno6 Pro 5G’s image offers more sharpness across the frame. 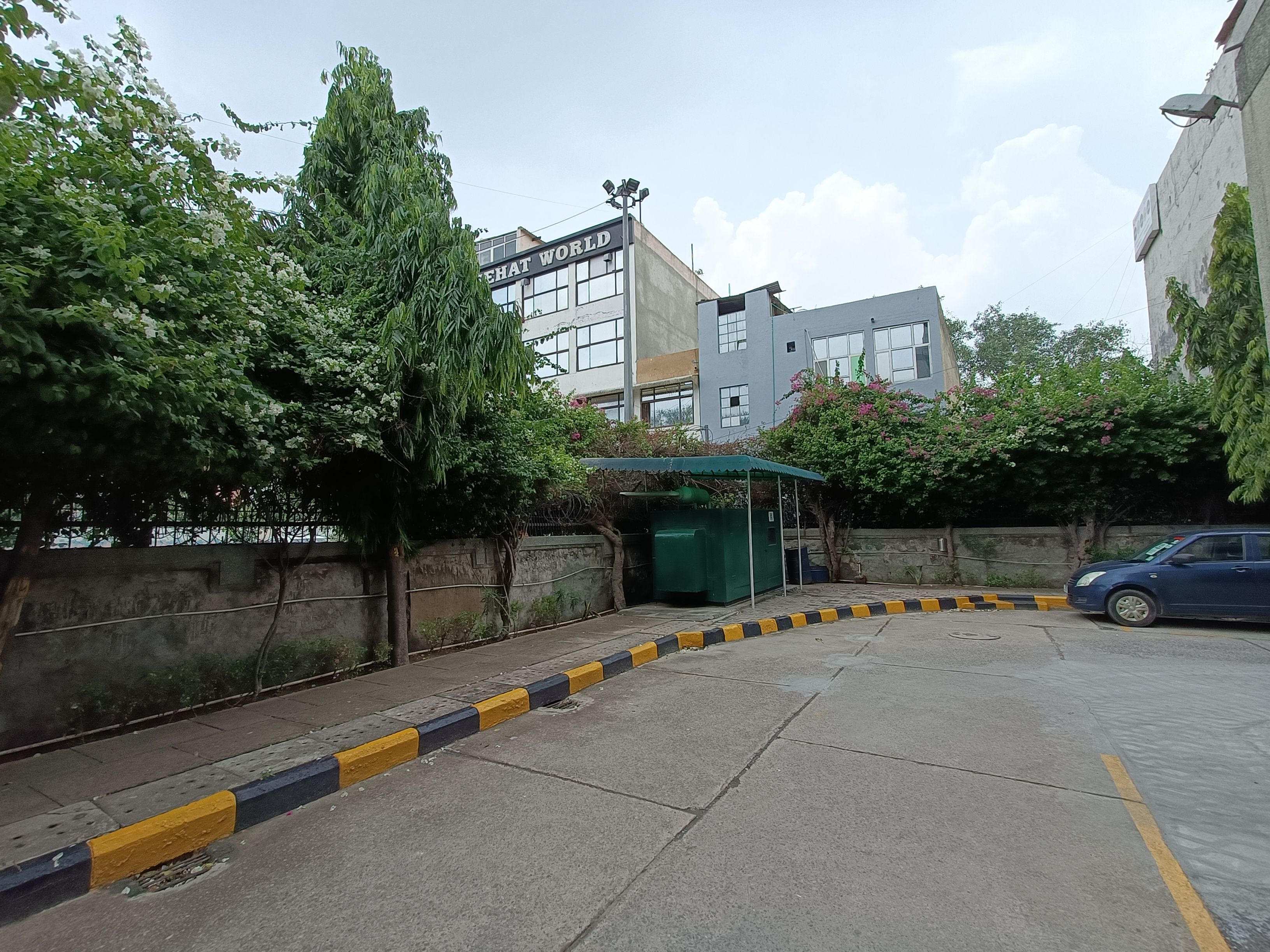 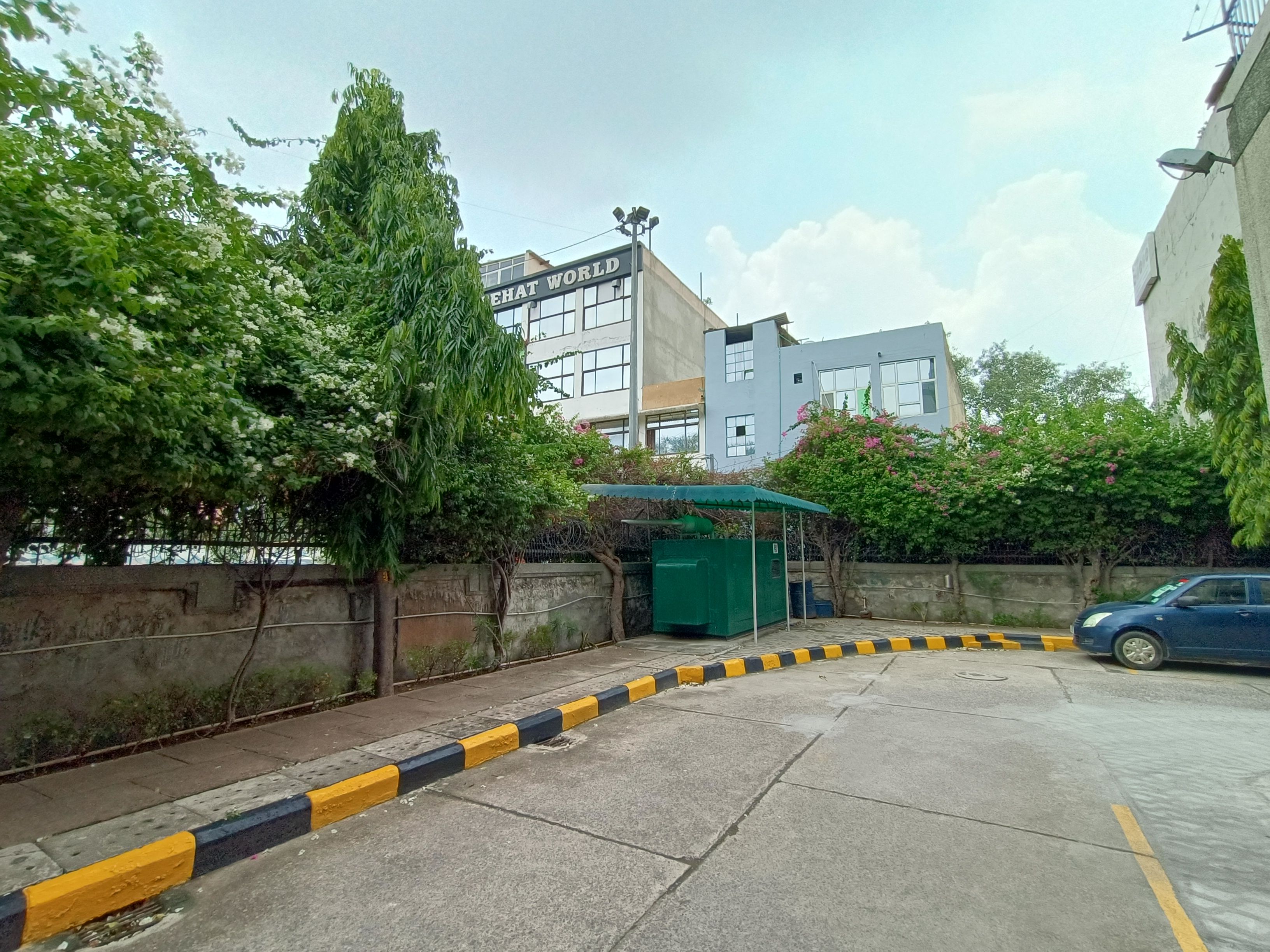 What’s more, Realme’s offering also introduced quite a bit of noise in the composition which can be seen near the barbed fence, as well as the darkened parts of the generator. 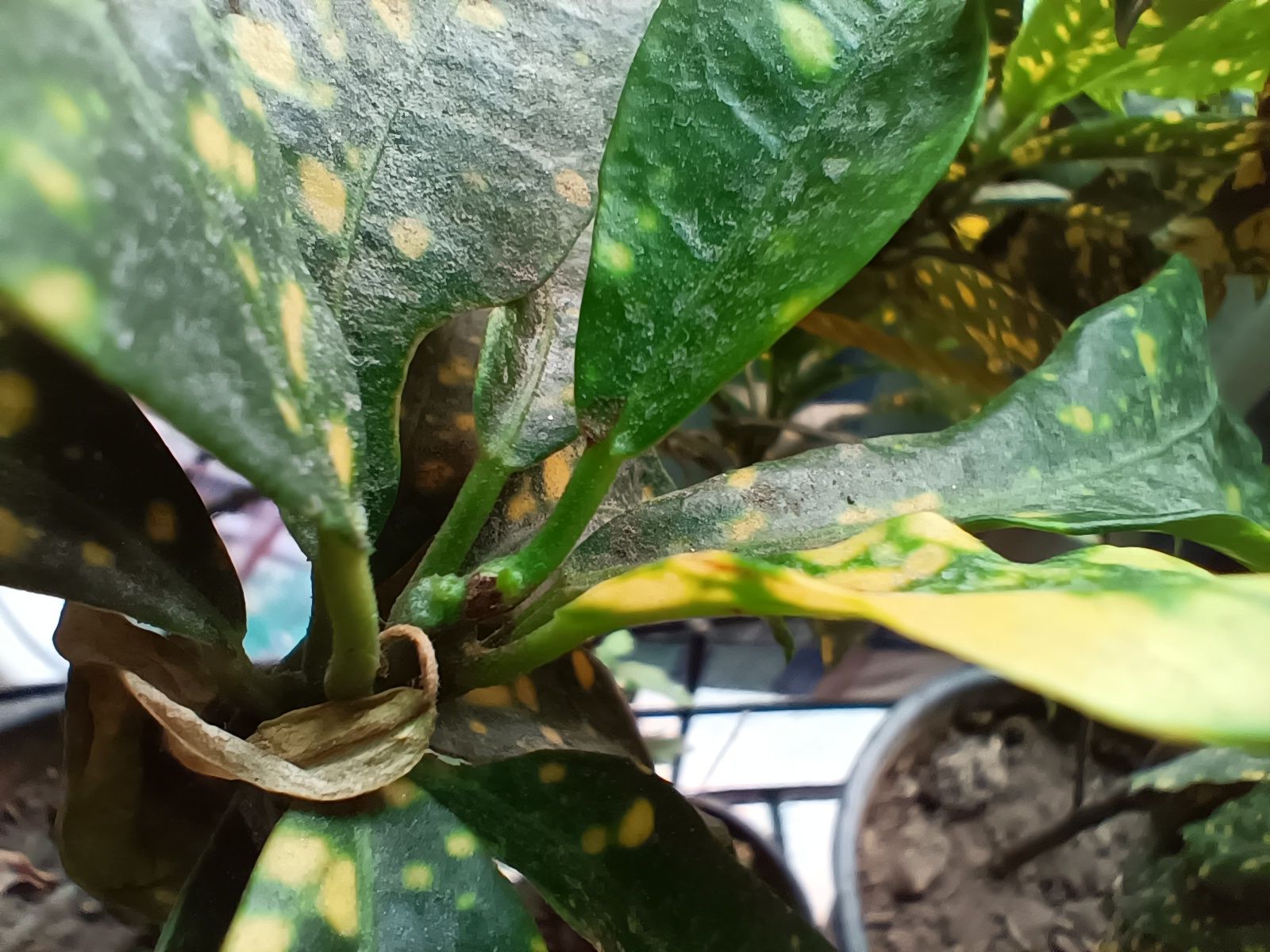 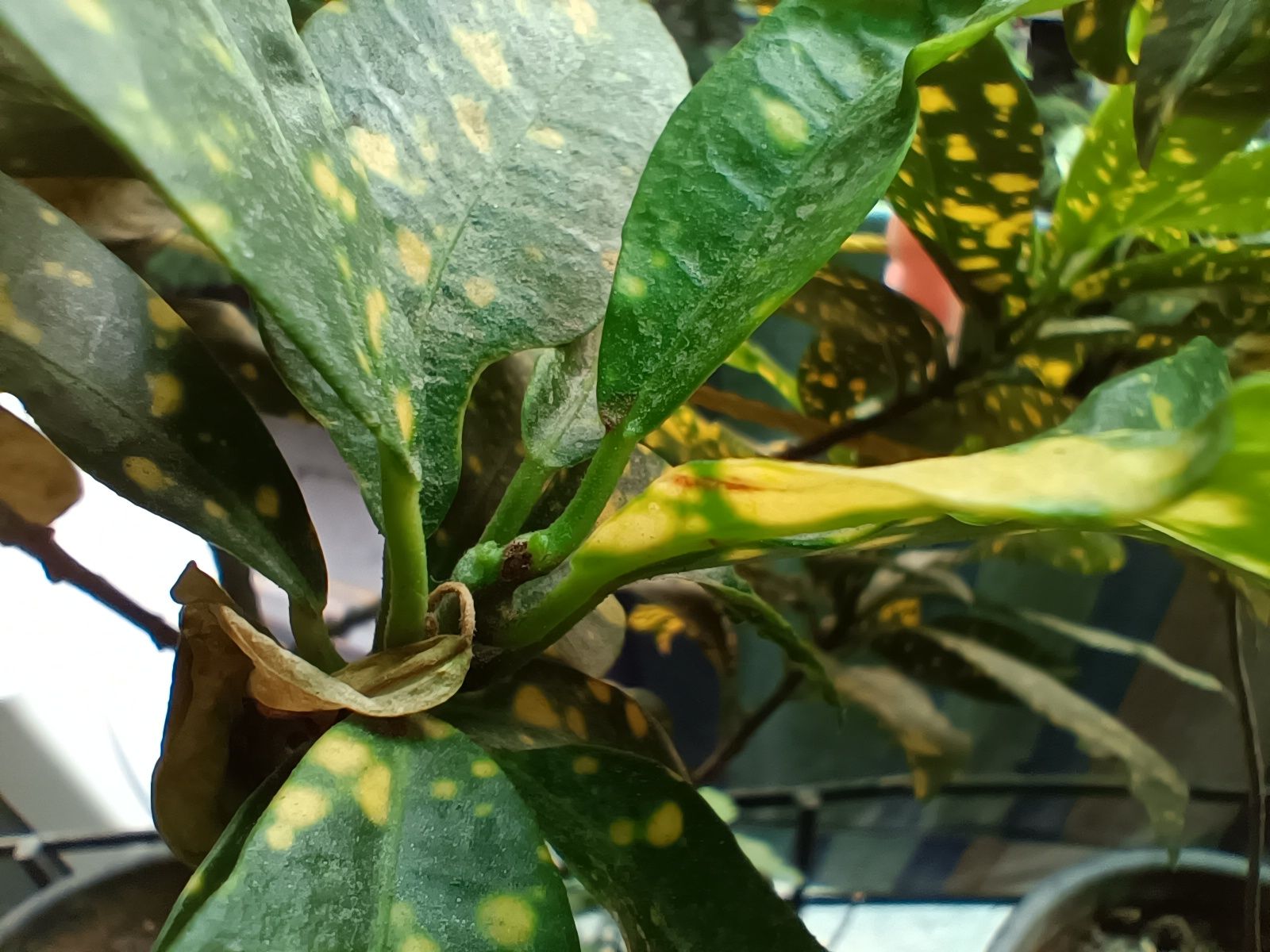 Macro photos, on the other hand, turned out slightly sharper on the Realme X7 Max. Thankfully, both devices allow users to tap and focus on the subject in Macro mode, which is neat. Unfortunately, Realme continues to play up the colours and you’ll notice that although the phone’s macro image is crisper, the colour of the leaves looks more life-like in OPPO’s shot.

As prefaced previously, the OPPO Reno6 Pro 5G clicks 108MP images via its 64MP sensor by means of some software wizardry. The Realme X7 Max, on the other hand, outputs high-res images at 64MP only. So, OPPO clearly has this bout in the bag, right? Well, more pixels don’t amount to a better-looking image and the Realme X7 Max absolutely obliterates the Reno6 Pro 5G in this particular scenario. 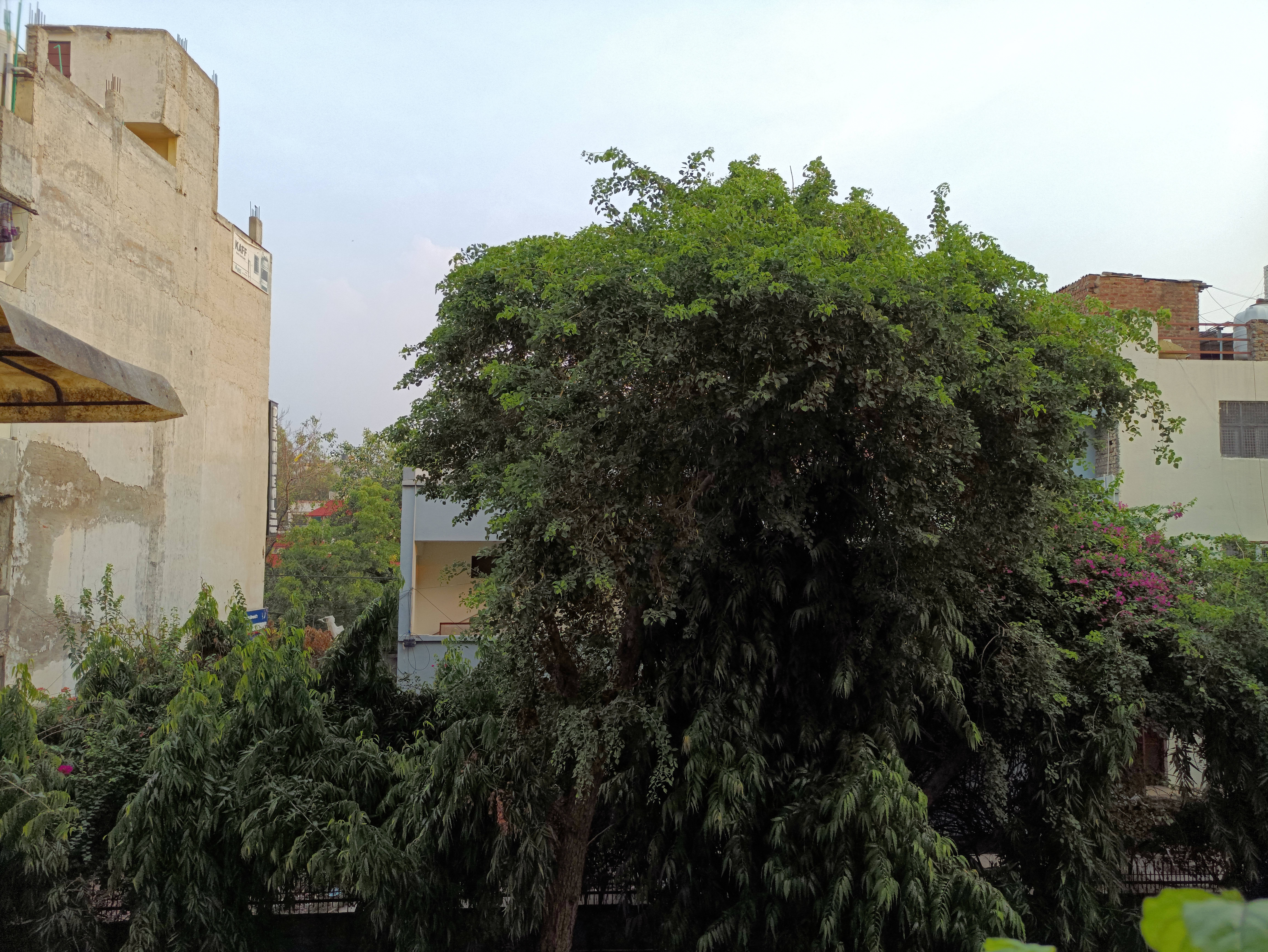 As an example, in the shot attached above, you’ll notice that first and foremost, the X7 Max’s photo has resolved shadows much better. On the flip side, the Reno6 Pro 5G’s photo has a lot of darkened bits near the big tree at the centre. But, upon zooming in, I noticed that the X7 Max’s photo had a ton more detail too. In fact, you can clearly see the details in the leaves, as well as in the tiling of the house with the red roof towards the back in the X7 Max’s photo. 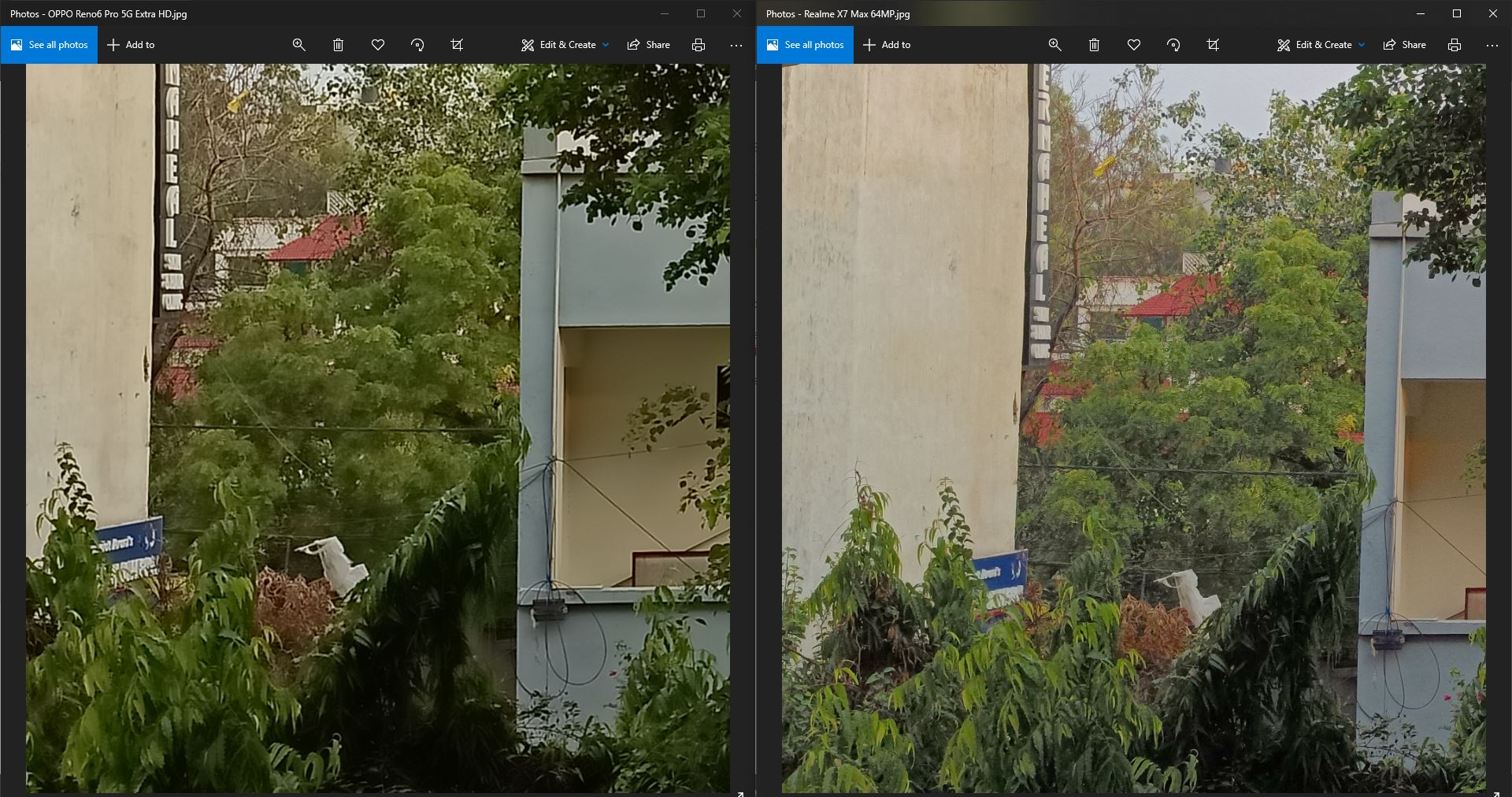 The Reno6 Pro 5G has glossed over all these details with a rather thick paintbrush. Similarly, the brick rooftop towards the top right-hand side of the frame has been resolved much better by the Realme X7 Max 5G.

The OPPO Reno6 Pro 5G has a couple of aces up its sleeve too. Case in point, the device’s front-facing camera, which will undoubtedly appease selfie fanatics. During the day, the handset managed to click a slightly sharper selfie. The smartphone also resolved the frills in my hair, as well as the gleam in my eyes comparatively better. Don’t get me wrong, the Realme X7 Max’s selfie is excellent too. 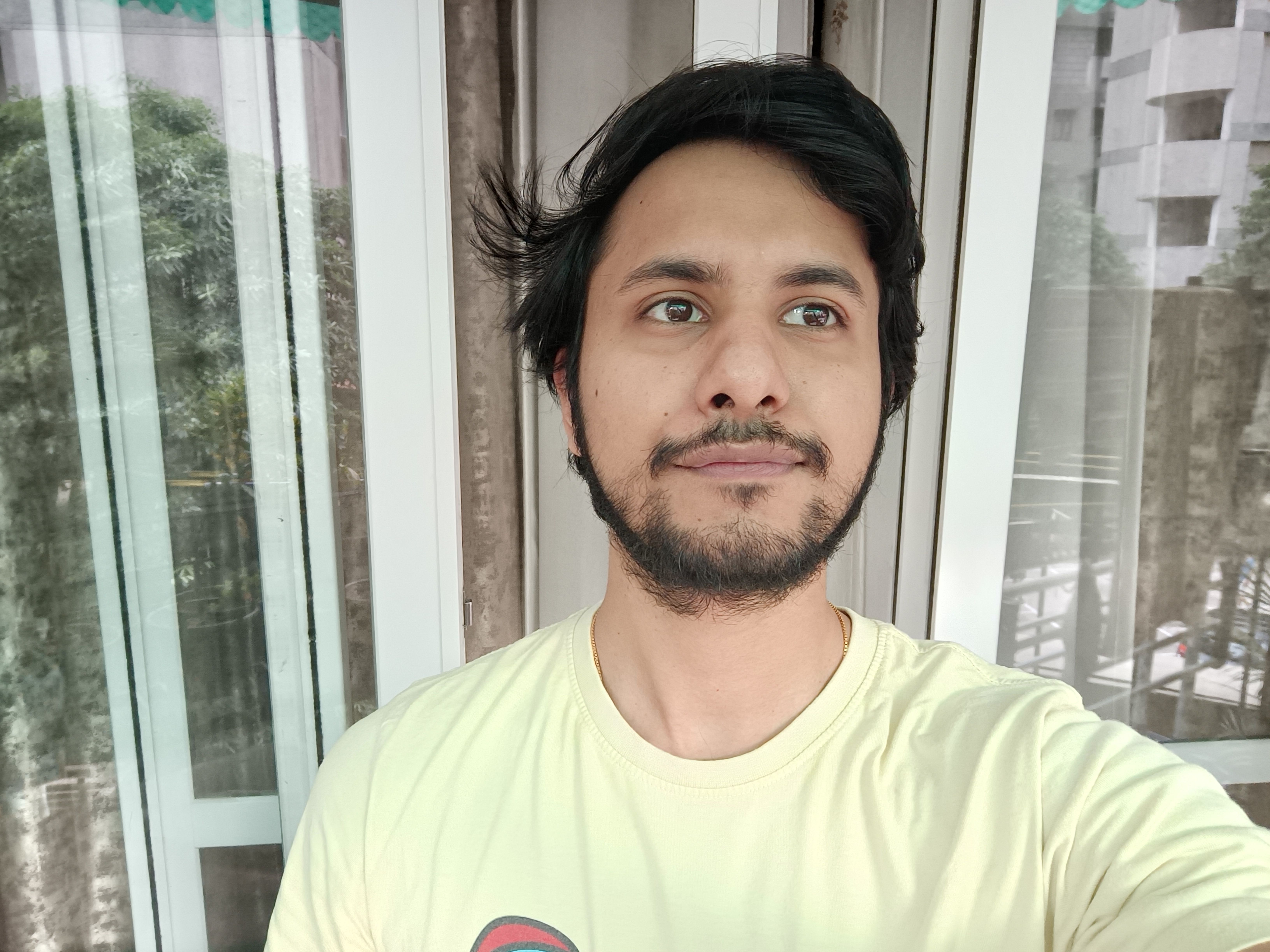 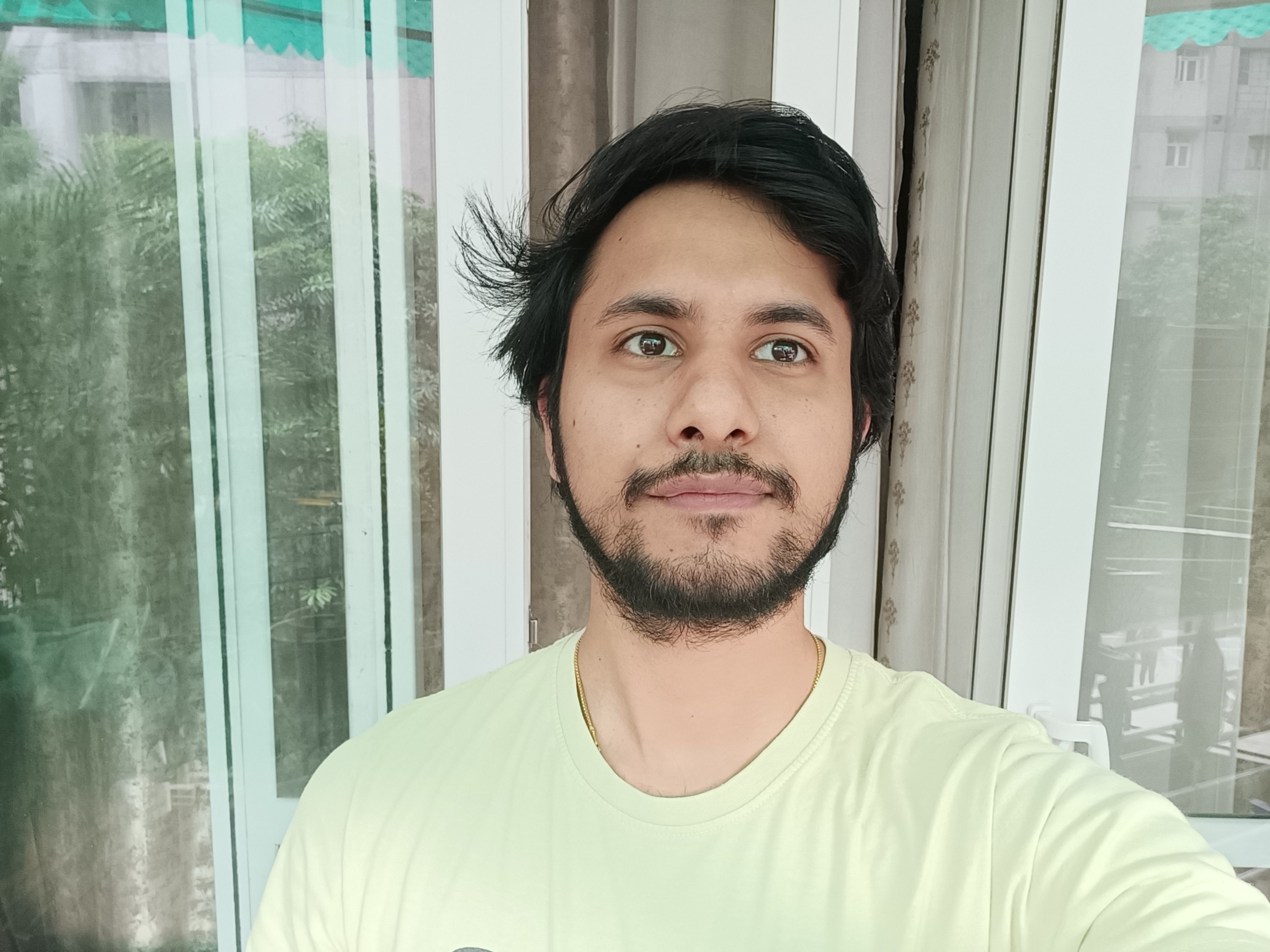 In fact, without zooming in, you’d be hard-pressed to tell one from the other. However, at a closer crop, the Reno6 Pro 5G’s selfie exhibits better sharpness. As for the skin tone, well, both the phones are guilty of beautifying my skin despite turning off all the skin-softening features. 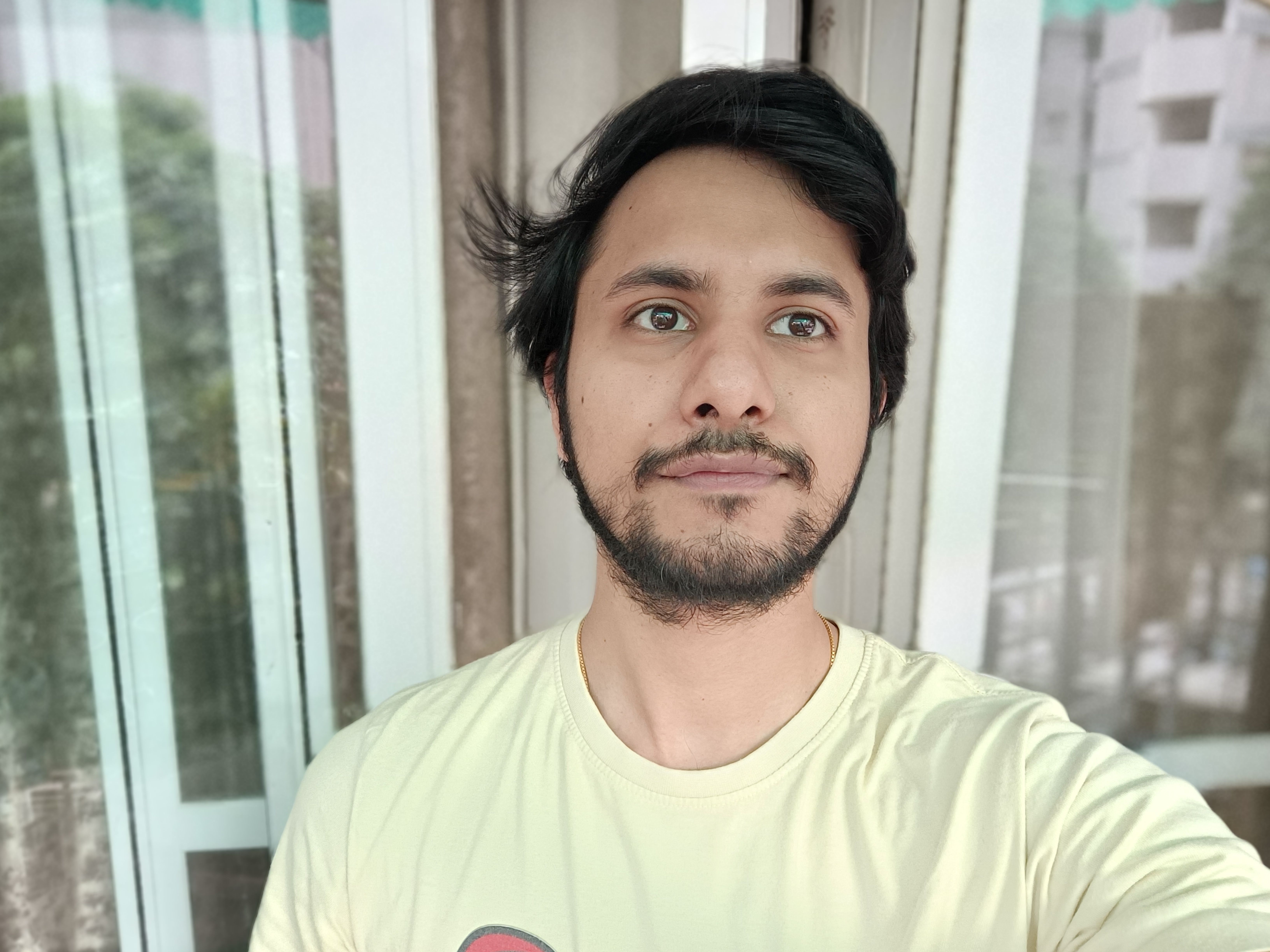 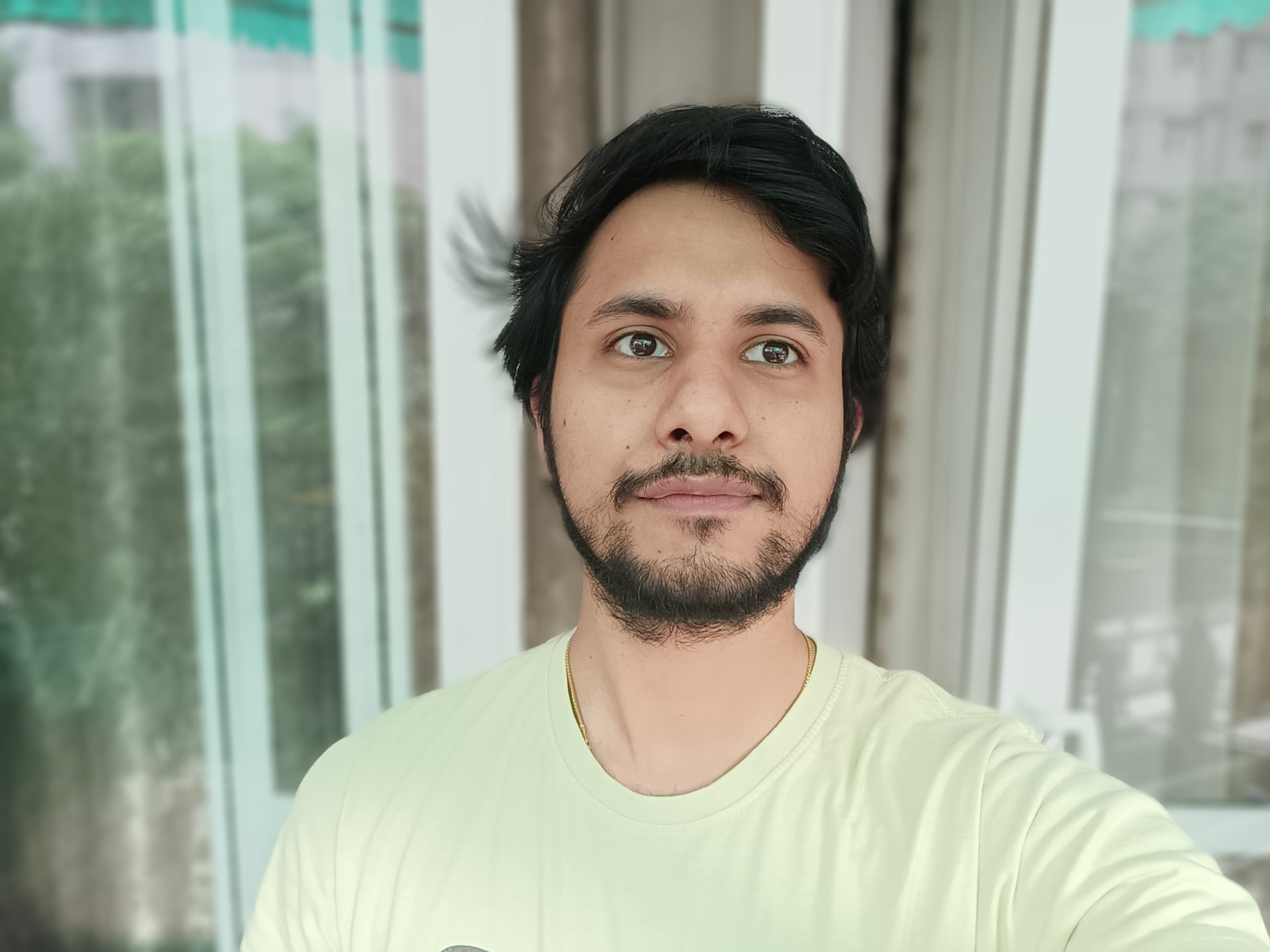 I had high hopes for OPPO Reno6 Pro 5G’s OmniVision 64B sensor, especially for shots taken after the sun had set. Alas, the Realme X7 Max 5G’s IMX682 sensor outputted a more polished image yet again. The images taken from the phones with their respective night mode disabled highlighted some interesting tidbits. 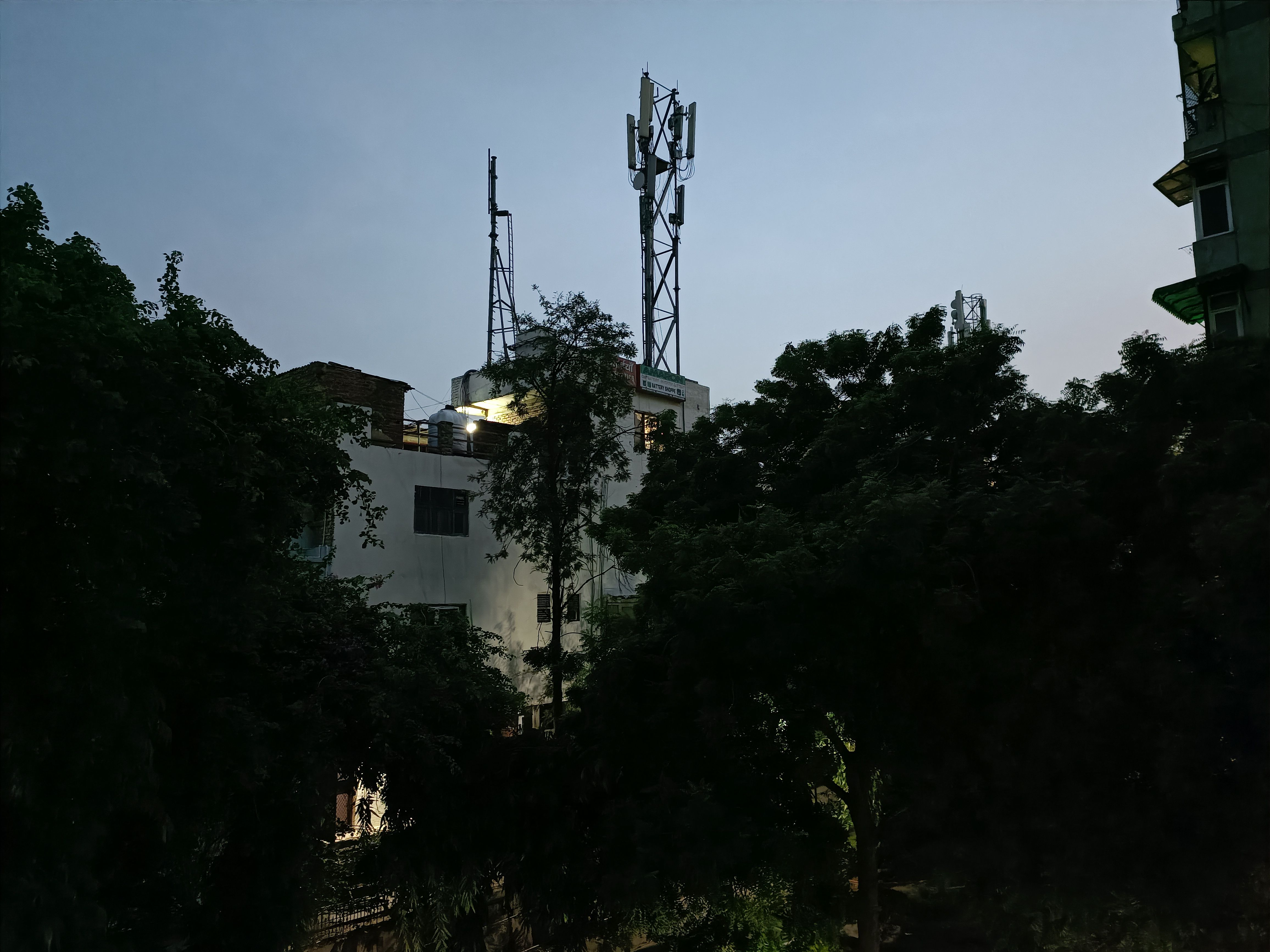 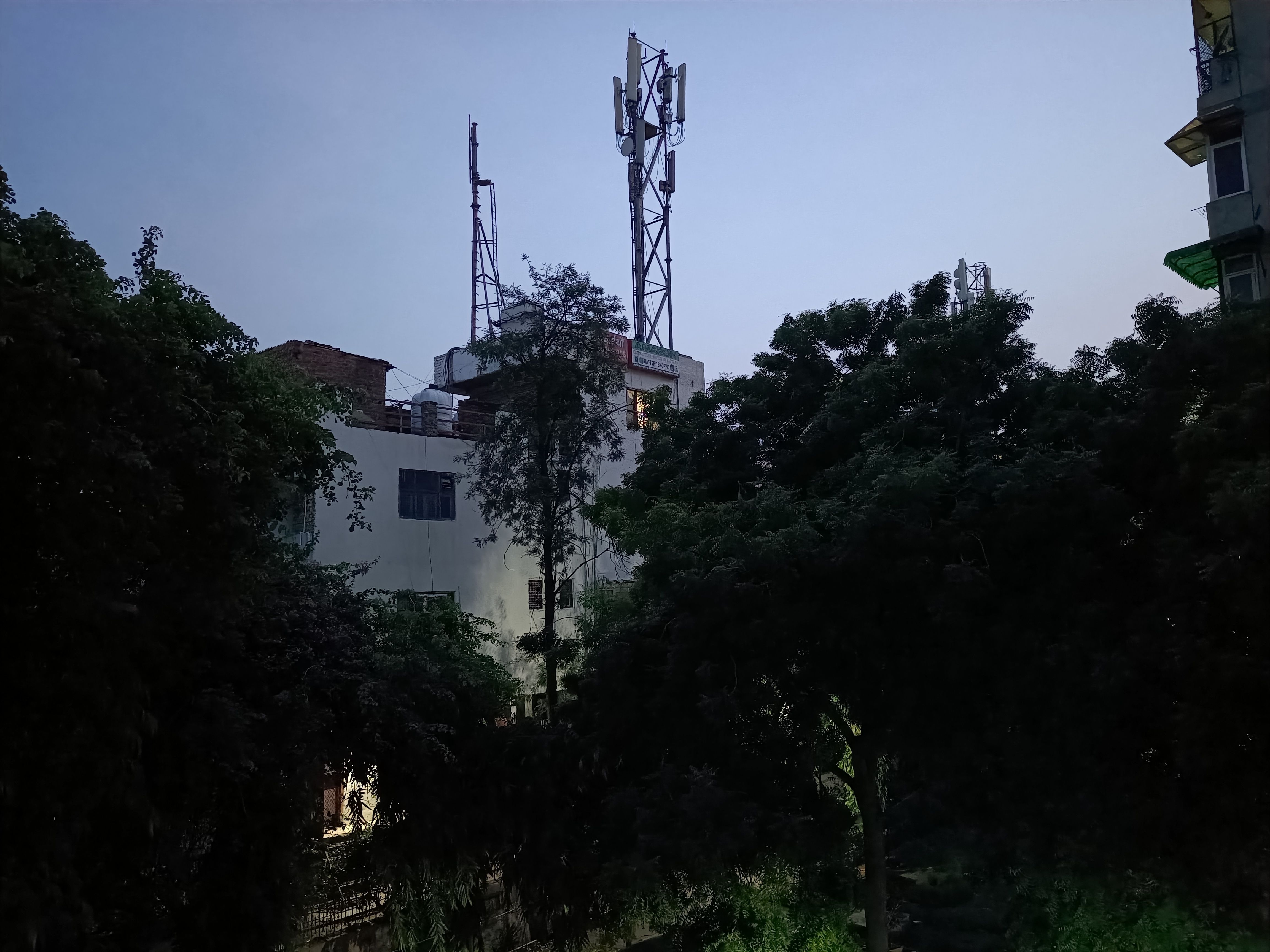 For one, the X7 Max 5G manages to squeeze out a considerable amount of detail from the shadows. The sensor’s noise control was much better too. That said, it’s hard to miss the pinkish tinge in the sky of the X7 Max 5G’s photo. On the whole, though, I would pick the photo from Realme’s contender over OPPO’s offering here. 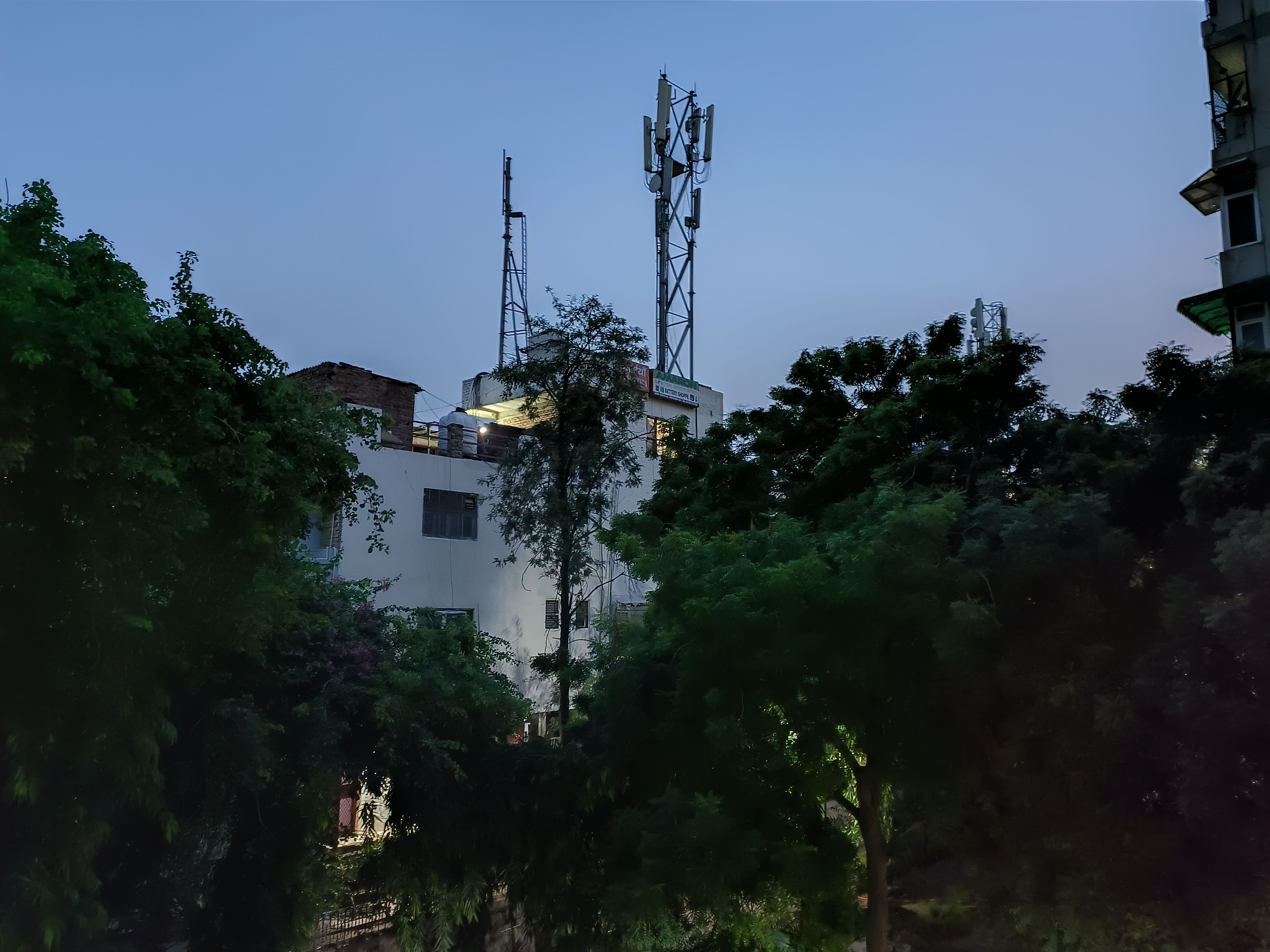 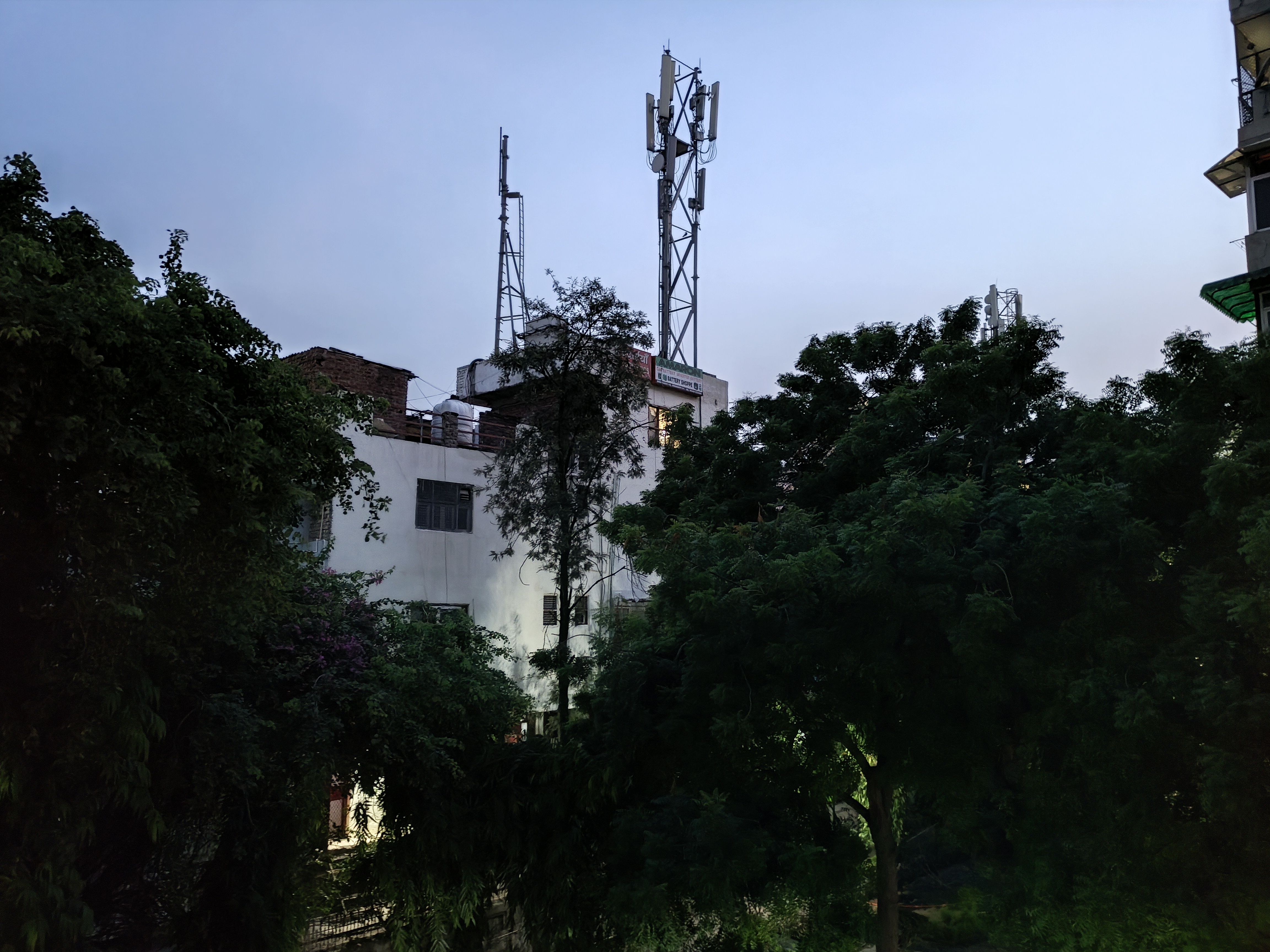 With the night mode enabled, things take a rather interesting turn. The X7 Max 5G outputs a fantastic photo with excellent details around the leaves of the trees. The smartphone’s night mode worked as advertised and actually brought out more information from the darkened areas. On the flip side, the Reno6 Pro 5G’s photo took a turn for the worse with the night mode enabled. While I could see more details in the buildings, there was little to no definition in the leaves of the trees. Furthermore, the image had considerably more noise in the frame as well.

By now, it is clear that the Realme X7 Max clicks similar, if not better photos than the OPPO Reno6 Pro 5G. What’s more, the Realme X7 Max retails for just Rs 26,999, making it around Rs 13K cheaper than the Reno6 Pro 5G. While OPPO’s offering ships with a couple of interesting video modes, it is clear that Realme’s offering is better suited for most photographers out there. Consequently, buyers eyeing the two handsets should save some bucks and opt for the Realme X7 Max 5G – it’s just a more competent and VFM camera phone.