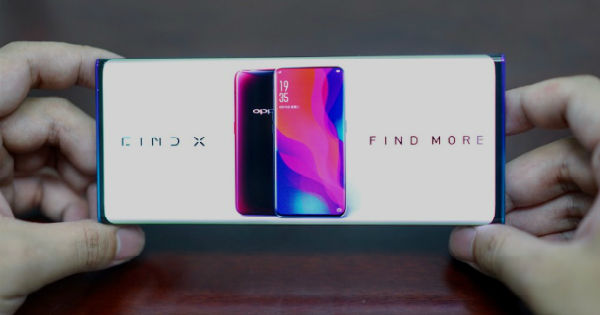 OPPO VP Brian Shen has shared images of its upcoming bezel-less smartphone prototype, which the company is calling Waterfall Screen. It features a dual-edge curved screen and a very high screen-to-body ratio panel with a tall 21:9-like aspect ratio. The display has an 88-degree curvature on the left and right edges and is more pronounced than the Samsung flagships. In comparison, the alleged outer glass panel for the NEX 3 suggested the flagship might have 100 percent screen-to-body ratio and curved display. However, the OPPO Waterfall Screen prototype lacks a front-facing camera, though the final version should embrace the under-display selfie snapper that was demoed at the MWC 2019 Shanghai event.

Furthermore, the OPPO Waterfall Screen prototype is also equipped with a slim body for a comfortable grip. OPPO might introduce this as Find X second-generation when it irons out the issues with the in-display camera picture quality and other issues. For a prototype, the OPPO’s ColorOS skin seem optimised well. Unfortunately, since it is the development phase, there are no details regarding its commercial availability just yet. OPPO is likely to reveal more information in the latter half of the year. 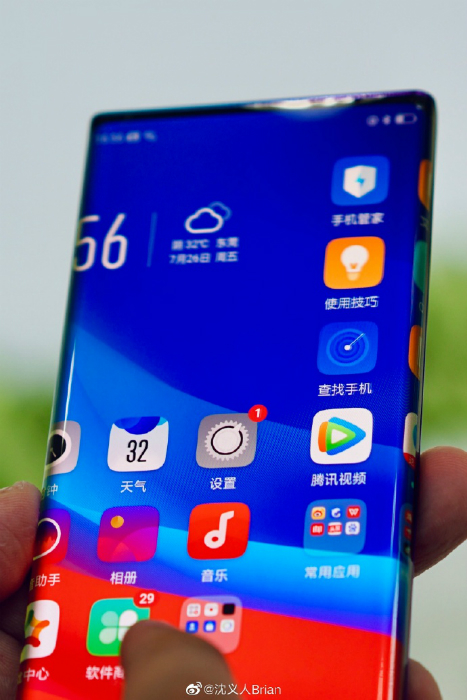 Separately, OPPO’s latest smartphone patents hint the Find Y might be arriving soon. The patents show a similar to the Find X but with a slightly different camera module. OPPO has also filed a trademark for the OPPO Find Y smartphone recently. The company applied for the patent in August last year, around a month after the launch of the Find X and was published on the World Intellectual Property Organisation just a week ago.