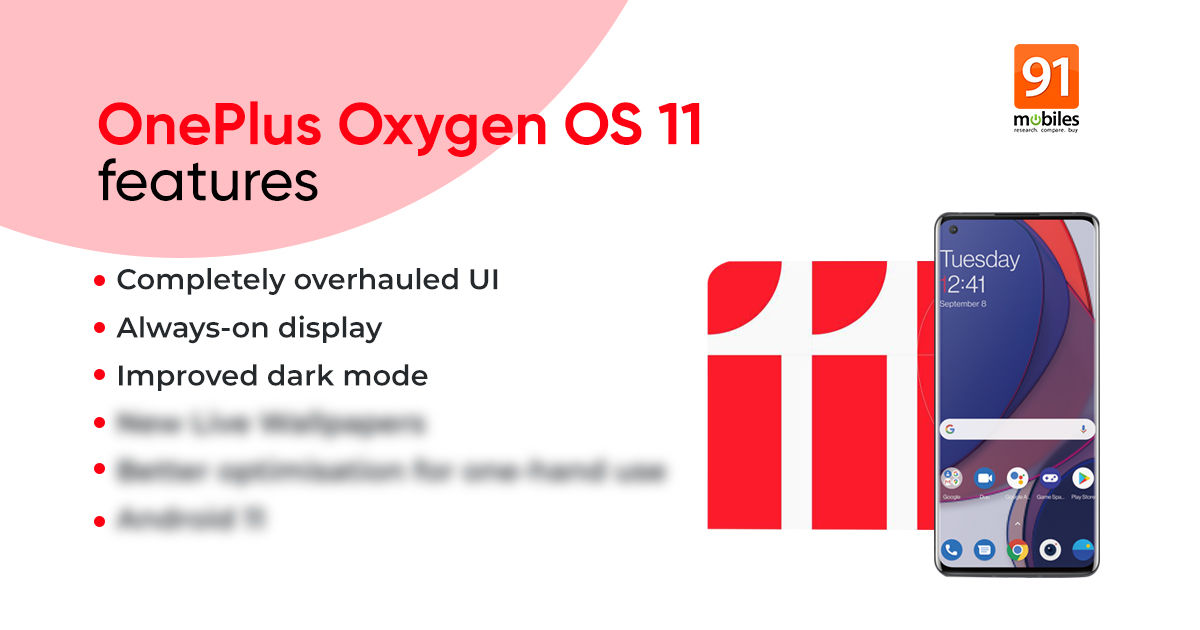 The Oxygen OS 11 release date, features, and list of supported devices have been announced officially by OnePlus. The custom skin has already been rolled out to the OnePlus 8 series and OnePlus 8T. The rollout of Oxygen OS 11 for OnePlus 7 Pro, OnePlus Nord, OnePlus 7T, and other devices will begin shortly. The company is expected to complete the update on its full portfolio by the end of this year. OxygenOS 11 brings Android 11 features along with a bunch of other improvements to OnePlus users. Key Oxygen OS 11 features include a completely overhauled UI, Always-on display, improved dark mode, and better optimisation for one-hand use, among other things. Here’s a quick look at the Oxygen OS 11 release date, eligible devices, how to download Oxygen OS 11 wallpapers, and more.

OnePlus has announced the Oxygen OS 11 update for its devices dated back to 2018. Here’s the complete list of OnePlus Oxygen OS 11 supported devices: 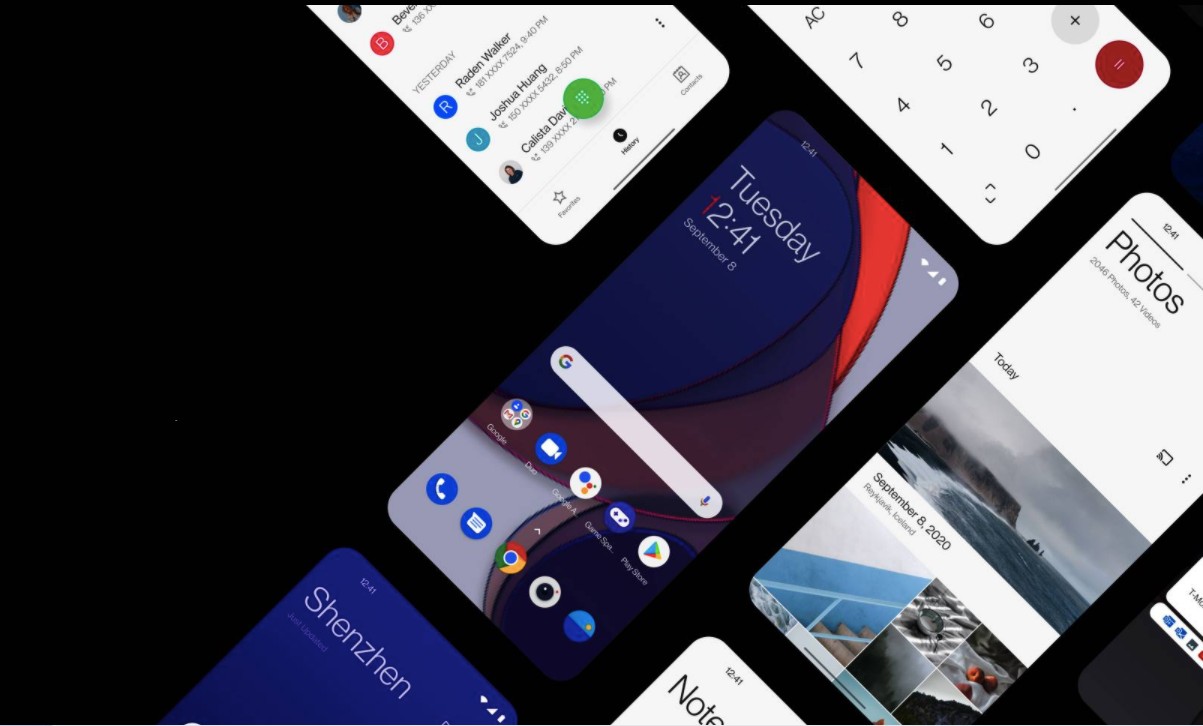 OnePlus has started rolling out Oxygen OS 11 to compatible devices. As of writing this article, the OnePlus 8, OnePlus 8 Pro, and OnePlus 8T all have been updated to the latest custom skin that runs atop Android 11. The Oxygen OS 11 update for OnePlus Nord was kickstarted earlier this month, but it has been pulled due to performance and stability issues. “The update has been temporarily paused to ensure a smooth user experience, due to some bugs that have been detected. We are now trying our best to investigate and will release an updated build ASAP in the near future,” OnePlus addressed in its blog post.

For other devices including OnePlus 7 Pro and OnePlus 7T, the Oxygen OS 11 update is still in the trial phase. There is no specific timeline as to when these devices will get the stable version of the Oxygen OS 11 yet.

Top features of OnePlus Oxygen OS 11 are as follows:

One major change that you’ll notice on Oxygen OS 11 is its user-interface (UI). OnePlus has revamped the UI to look more like Samsung One UI 3.0 than stock-Android. The changes should make one-hand usage on a OnePlus device easier. The updated layout of OxygenOS moves the touch controls closer to your thumbs for easier access. Additionally, you’ll find more space between each menu item and changes to navigation buttons and other interface elements on OxygenOS 11.

New look for Weather, Photos, and other stock apps 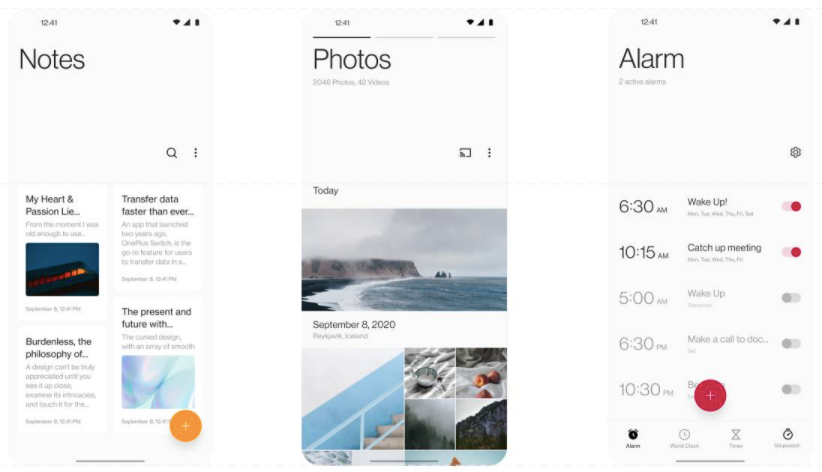 OnePlus has also changed the look of its stock apps such as Whether, Photos, Settings, Calculator, Contacts, Messages, Clock, and Recorder. While their functionality largely remains the same, they now match the aesthetics of the Oxygen OS 11 UI. As seen from the image above, the apps now have 35 percent display area at the top and 65 percent core operation area at the bottom. The core operation area comprises all the controls, making them easier to access.

Zen mode also got a major redesign in Android 11-based OxygenOS 11. It now features three new themes and a new group feature, which allows you to enter Zen Mode with friends. There are a few iterations to OnePlus camera app as well. 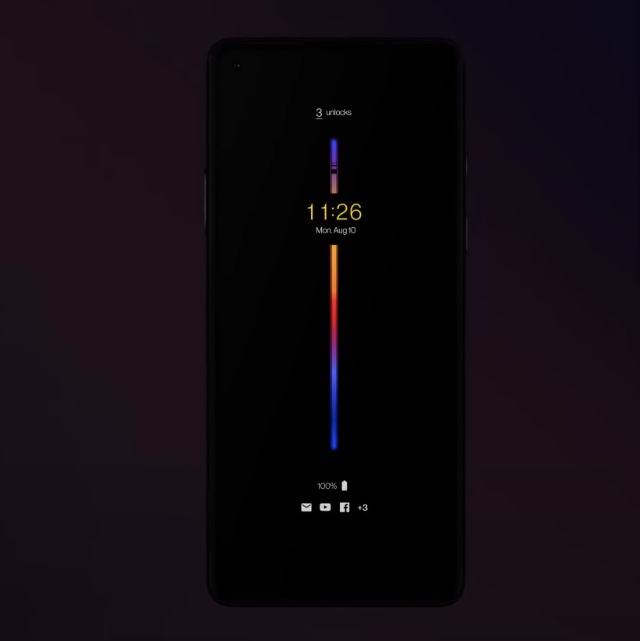 The feature OnePlus fans have been waiting for a long long time. Oxygen OS 11 finally brings Always-on display functionality to OnePlus phones. Users will be able to use it to quickly glance at the notification, time, or other details without fully waking their phone’s screen. Yes, you can customise the Always-on screen as well as add an option to keep a score on how many times you’ve unlocked your device throughout the day. Of course, these features can be turned off from the phone’s settings.

OnePlus Oxygen OS 11 also brings improvements to dark mode. You would be able to schedule the dark mode with the latest skin. This will turn on and off the feature automatically, depending on the time of day. Additionally, there is now a button in the quick settings panel to turn the dark mode on/ off and the skin uses more dark gray hues to make it easier for users to differentiate between different interface elements.

The quick settings panel looks pretty much the same as the OxygenOS 10. OnePlus has decided not to add Android 11-like media controls in the panel.

Then there are Android 11 features. Oxygen OS 11 allows you to take the conversations to ‘Bubbles’ that float over your other apps, control your smart home devices from the power button menu, and a new one-time permission option for location, among other things.

OnePlus Oxygen OS 11 also comes with a handful of new live wallpapers, which you can download on any non-OnePlus device, running Android 8.0 or above (courtesy XDA developers).