91mobiles.com
Home News Meet PABJE, the desi PUBG alternative that everyone is talking about
Highlights 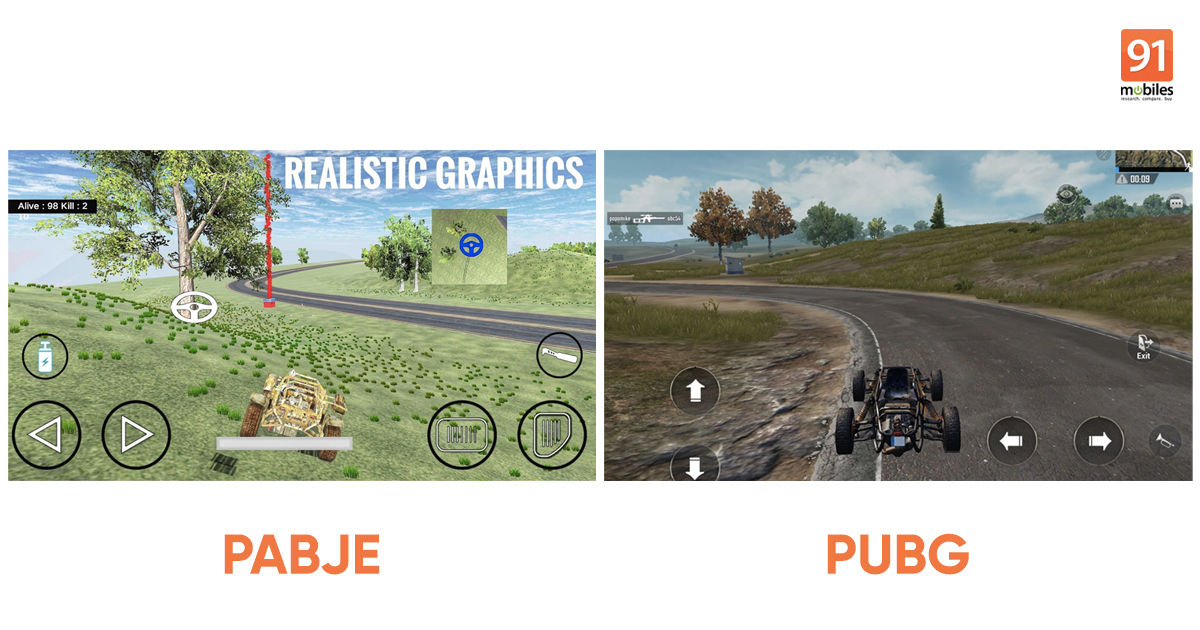 PUBG Mobile was banned by the Indian government on Wednesday along with 117 other Chinese-based apps. The battle royale game has been immensely successful in India with around 30 to 40 million monthly active users as of last month. With the ban on PUBG Mobile and PUBG Mobile Lite, mobile gamers are left looking for alternative games that can fill the void. There are a few battle royale games available in India, but there is one game, in particular, that has people talking since the PUBG Mobile ban, and it’s called PABJE.

As you can guess from the name, PABJE is a game that is heavily inspired by PUBG, to say the least. From the name to its description on Google Play Store to the actual game itself, PABJE is essentially a PUBG clone. The game has been created by an India-based developer, Dipak Kattikar, from Maharashtra.

People have taken to social media platforms like Twitter to highlight the resemblance between ‘PABJE: Player And BattleJung Ends’ and ‘PUBG MOBILE Nordic Map: Livik’. In fact, there is also a PUBG Lite clone, called PABJE Lite, that’s roughly 24MB in size.

And here comes the new PABJE

As of writing this story, PABJE has over 100,000 installs in the country, with many likely installing the game after yesterday’s ban on PUBG. The app is not available on the Apple App Store, however. Reviews of the desi PUBG app have been pretty mixed. While some people appreciate the vehicle mechanics, others find the game’s graphics unflattering and buggy. Many have also complained about ads in the game. Whether the developer is able to address these concerns and capitalise on the vacuum presented by the PUBG ban in India, only time will tell.