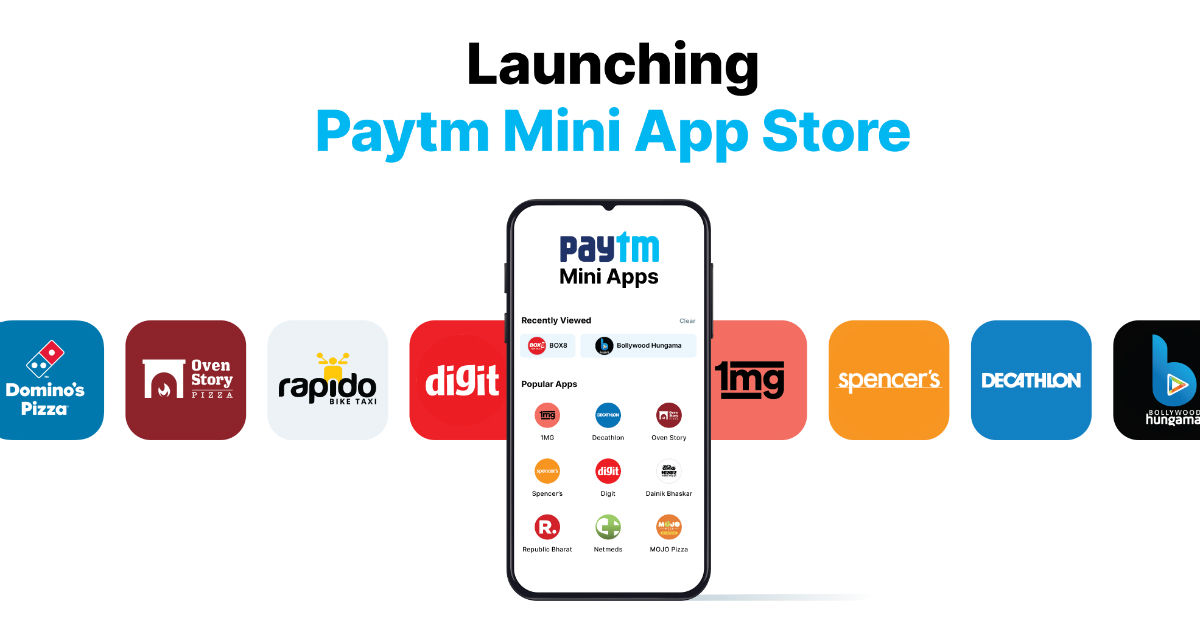 Homegrown digital payment and financial technology platform, Paytm, has launched its Mini App Store with an aim to drive the ‘Atmanirbhar Bharat’ mission. The move is aimed at supporting Indian developers by taking their product to the masses. The Mini App Store apps are a custom-built mobile website that is claimed to deliver app-like experience without having to download them. Paytm says that it is offering listing and distribution of these mini-apps within the app store without any charges. For developers, it is offering Paytm Wallet, Paytm payments Bank, UPI, net-banking as payment options to their users. However, it levies a 2 percent charge for other payments like credit cards.

Furthermore, Paytm has created a digital infrastructure to allow small developers and businesses to set up mini-apps that can be built using HTML and javascript technologies. Currently, the Paytm Android-Mini app store has over 300 app-based service providers, including Decathalon, Ola, Park+, Rapido, Netmeds, 1MG, Domino’s Pizza, FreshMenu, among others. It has a developer dashboard for analytics, payments collection along with other marketing tools to engage with the users. Paytm says that it has been running the Andriod-Mini app store in beta with select users and witnessed over 12 million visits in September.

Founder and CEO of Paytm, Vijay Shekhar Sharma, said, “I am proud that we are today launching something that creates an opportunity for every Indian app developer. Paytm Mini App Store empowers our young Indian developers to leverage our reach and payments to build new innovative services. For Paytm users, it will be a seamless experience that doesn’t require any separate download and enables them to use their preferred payment option.“

The launch of the Paytm Mini App Store is being seen as a direct challenge to Google’s Play Store. It comes just days after Google removed the Paytm app from the Play Store for promoting online gambling and violating app store guidelines. Google levies a 30 percent commission for any transaction made through its in-app billing system. “India needs a local app store long-term, else 30 percent tax will eat up most businesses; is anyone trying to build one?” Harshil Mathur of Razorpay said a week before the official launch of the Paytm Mini App Store.

Loss-making Paytm now wants to focus on profitability, here’s how