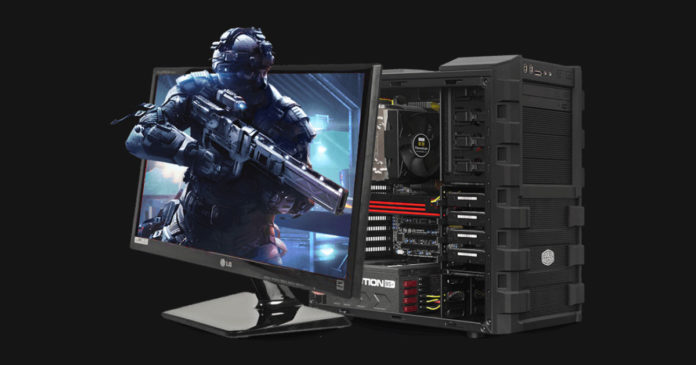 Research firm Gartner’s preliminary report on the global PC market has revealed a 4.3 percent year-on-year decline in worldwide PC shipments for the last and final quarter of 2018. Although the PC market has been stagnant and volumes have dried up for a while now, the factor of demand created by business PC upgrades led to strong 2nd and 3rd quarters of 2018, when the PC shipments actually increased. However, the supply shortage of CPUs led to a regression in the short trend of rising PC shipments, eventually pulling the numbers down. 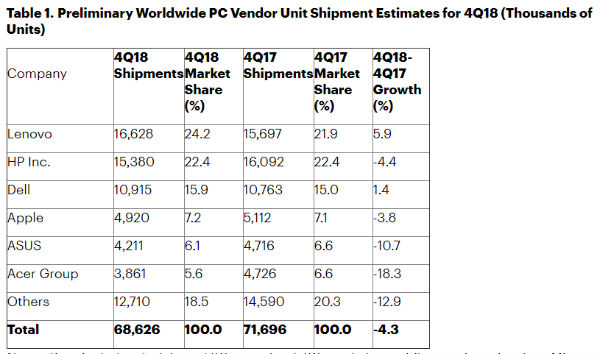 Worldwide PC shipments in Q4 of 2018 stood at 68.6 million units, down by 4.3 percent from 71.7 million units that were shipped in Q4 of 2017. In terms of the entire year, 2018 saw an approximate 259.4 million PC units being shipped, which too accounts for a 1.3 percent decline — down from the 262.8 million units shipped in 2017. Lenovo, HP and Dell have accounted for the three leading companies in terms of PC units shipped — accounting for 42.9 million of the 68.6 million PCs that were shipped in Q4 2018. Lenovo strode into the lead, and maintained double-digit growth for a third quarter in a row, with Gartner citing its partnership with Fujitsu and strong sales in USA as contributing factors. The company had 24.2 percent of the market share in Q4 2018. 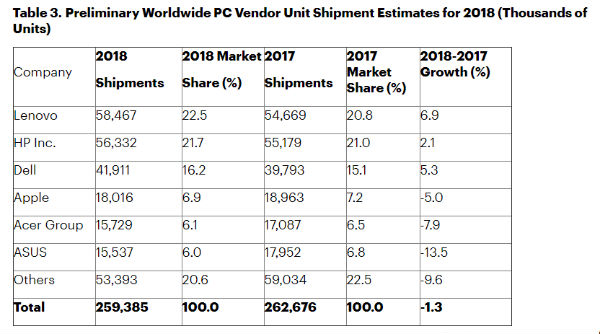 The rest of the companies, including Apple, Acer and ASUS have all reported sharp declines in PC shipment, thereby pulling down the overall shipment numbers for 2018. Gartner’s preliminary report states that the PC market stands in chance to show resurgence, if the supply shortage of CPUs can be met in accordance to the increased demand that is in place now.