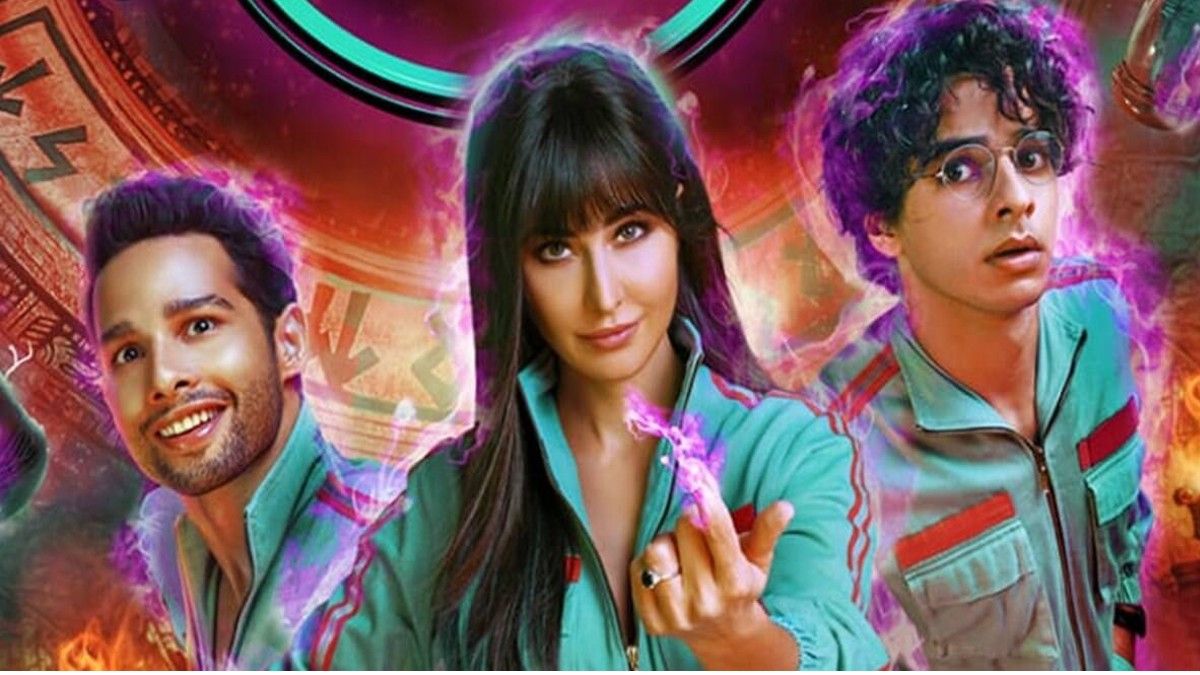 Katrina Kaif-starrer supernatural comedy Phone Bhoot, which initially released in theatres on November 4th, will release on OTT today i.e December 21st, on Amazon Prime Video. However, there’s a caveat: Prime users can rent the movie on Prime Video by paying Rs 199 and it won’t be free even if you’ve subscribed to the service.

Phone Bhoot is directed by Gurmmeet Singh and received mixed reviews from critics post its release. On IMDb, it had a rating of 7 whereas it was rated 6.6 on BookMyShow.

The Phone Bhoot trailer has gained up to 35 million views on YouTube. You can watch it right here.

Where to watch Phone Bhoot on OTT?

Phone Bhoot OTT release happens today. Amazon Prime Video subscribers can rent the movie for Rs 199 to watch it on the platform. Unfortunately, there is no way to watch it for free, even for subscribers.

The Gurmmeet Singh-directed movie stars Katrina Kaif as Ragini Maheshwari, Ishaan Khatter as Galileo Parthasarthy (Gullu), Siddhant Chaturvedi (Major) as Sherdil Shergill, and Jackie Shroff as Atmaram Dhyani. The movie has been written by Ravi Shankaran and Jasvinder Singh Bath. It has been produced by Ritesh Sidhwani and Farhan Akhtar under the banner of Excel Entertainment.

The movie is based on the life of two unemployed youths, Gullu and Major, who wish to become exorcists and ghostbusters after taking inspiration from various horror movies they watched during childhood. Both of them live in a rented house and keep praying to a statue, Raka, which identify as a friend, to reduce their poverty. One day, the two arrange a Halloween party at their residence after getting permission from Raka. However, at midnight, Raka’s eyes completely shut and in an attempt to fix this, Major and Gullu use a live wire to get back the light source of Raka’s eyes. In doing so, the two of them get electrocuted and become unconscious. As a result, they enter a different realm and meet Ragini, a ghost. The events post this unveil the plot of the movie.