91mobiles.com
Home Feature All the phones that launched in January 2020 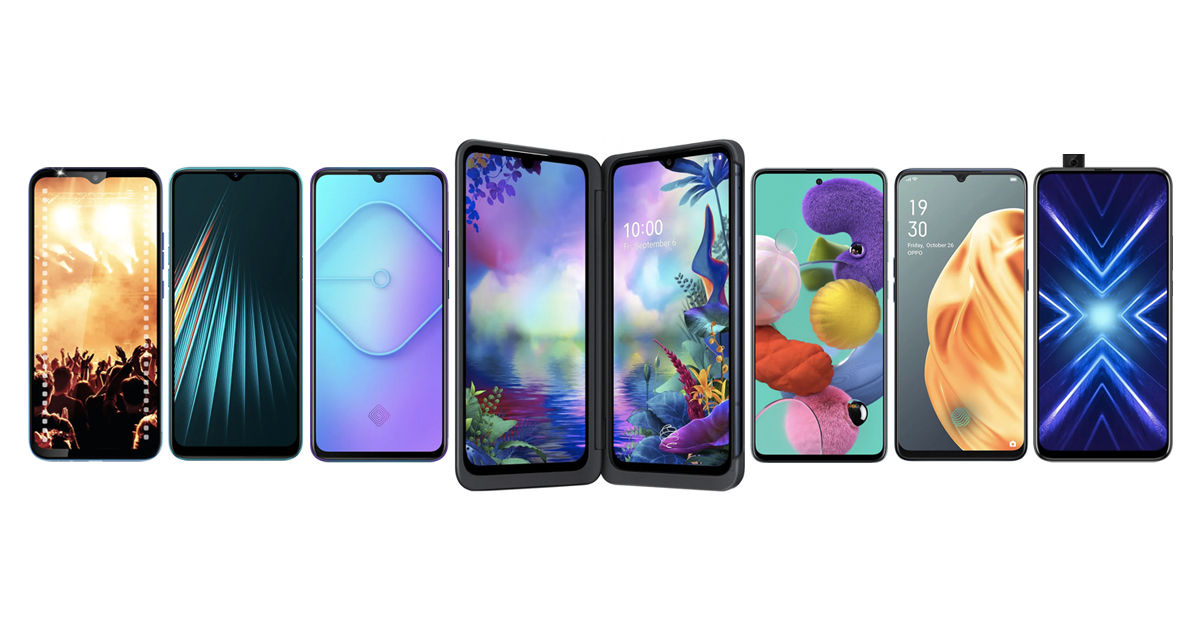 As we step into year 2020, we’re already looking forward to a bunch of exciting smartphones that are sure to come our way in the months to come. 5G-capable phones, foldable devices, and smartphones that rock a multitude of camera sensors are expected, and who knows, we might just see some crazy, unheard of features too. We might be just a few weeks away from the floodgates to open, but before that happens, here’s a look at some of the key smartphones that went through our review grind in the first month of the year. 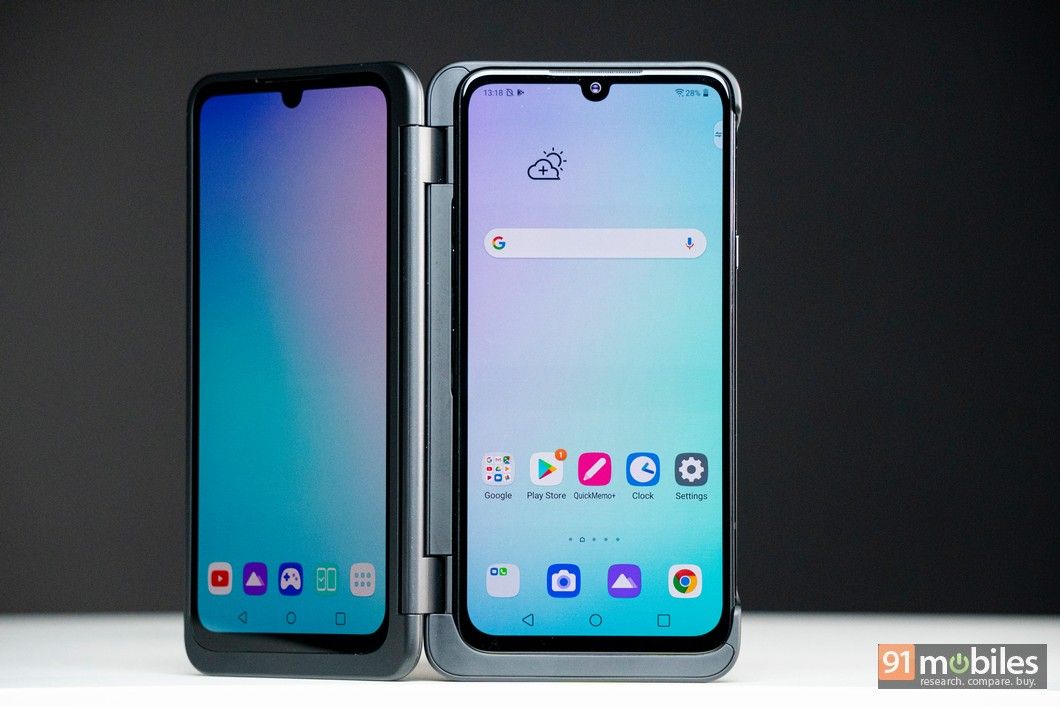 An interesting take on the dual screen / foldable concept, the mainstay of this LG flagship is the detachable case that adds a secondary screen to the smartphone. This opens up a whole bunch of possibilities (on paper at least), allowing one to use the two screens to run two apps simultaneously. Gaming also gets more immersive, since the secondary display can be used to map the game controls. Even otherwise, the LG G8X ThinQ is a capable flagship, with solid specs and a 32-bit Hi-Fi DAC that outputs high quality audio. The phone’s pricing of Rs 50K (with the secondary screen attachment included) helps, but overall, the LG G8X ThinQ Dual Screen still leaves something to be desired. 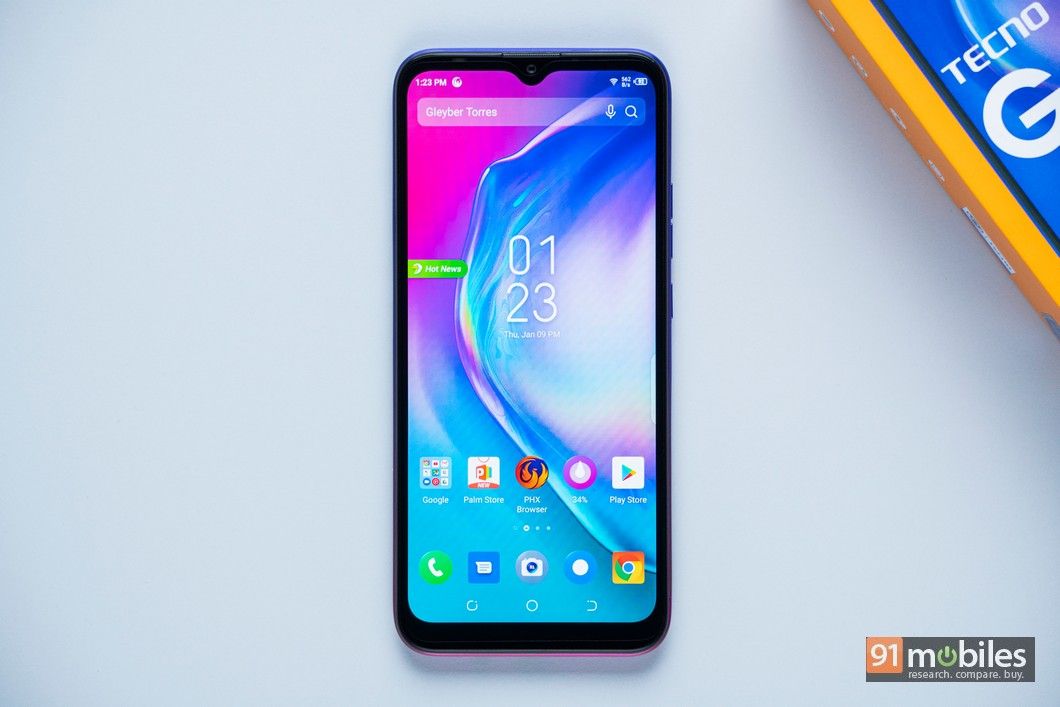 The latest entry in the country’s budget smartphone segment, the Tecno Spark Go Plus stands out thanks to its massive 6.5-inch display. Another highlight is the fact that it runs Android Go, and is likely to get platform updates in a timely manner, especially when compared to others of its ilk. Barring these points though, the phone doesn’t come across as too exciting in terms of specs, which is understandable given its affordable price. The performance isn’t all that smooth, but the device does offer good battery life and shoots decent pics in daylight. 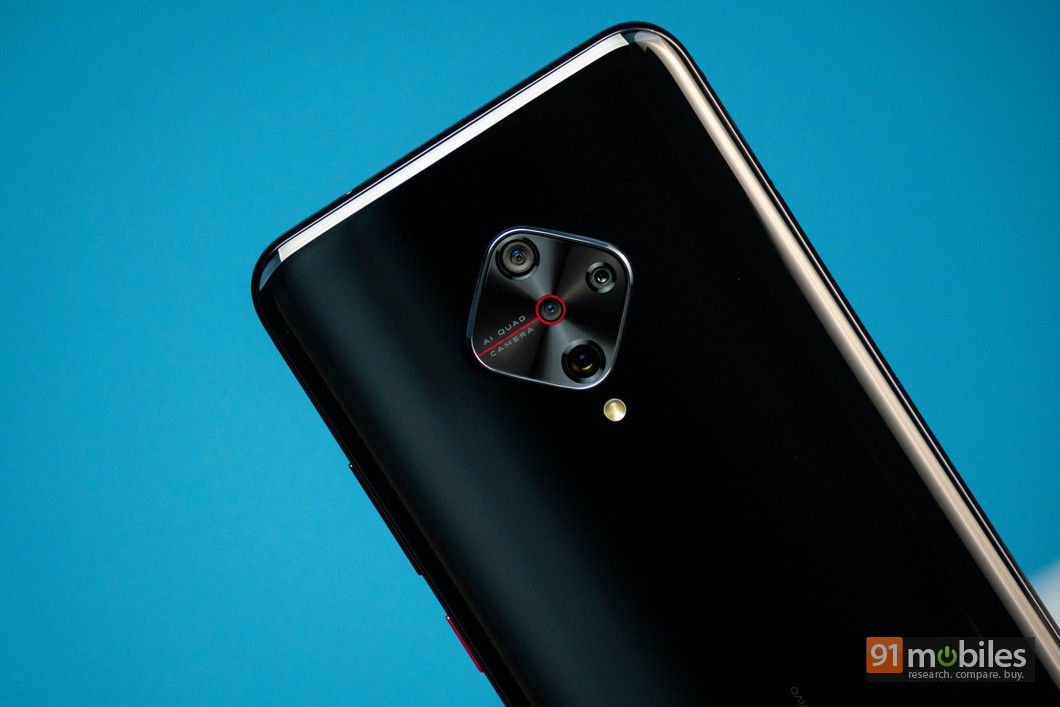 Standing out with its attractive design, the Vivo S1 Pro is the newest member of the brand’s S series of smartphones. The diamond-shaped camera module at the back forms the mainstay of its design, but even otherwise, the phone is quite a looker. Plus, it ticks most boxes as far as other aspects like cameras, battery and fast charging are concerned. However, the device loses a few points for its choice of processor and not-so-great software experience. The presence of more compelling rivals in the same price range doesn’t help. 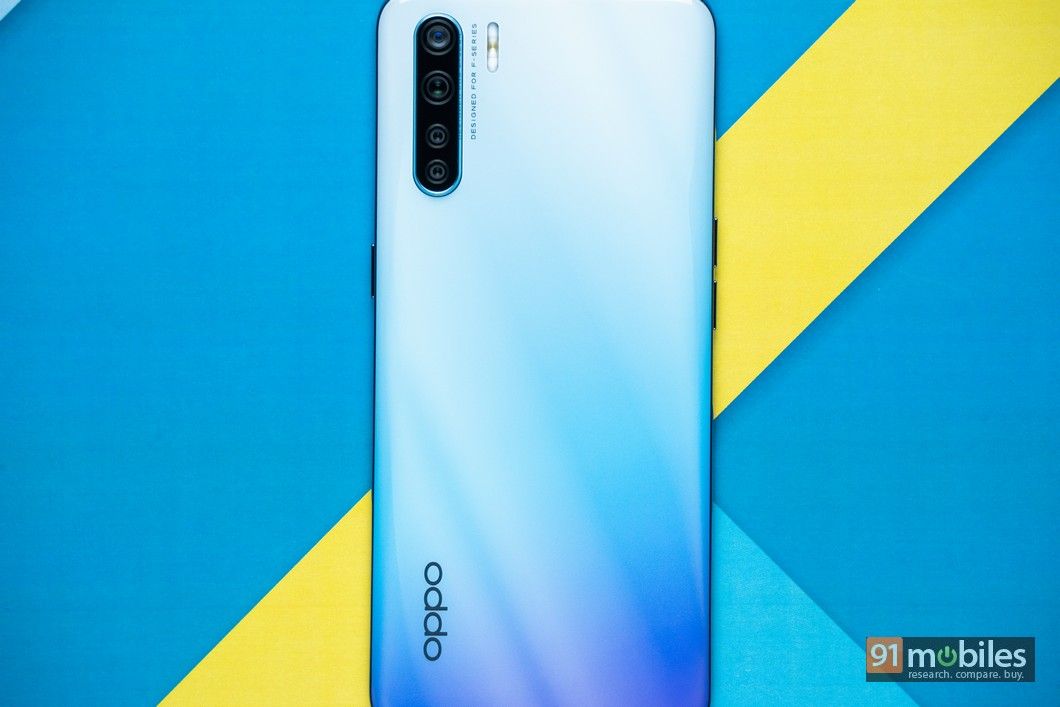 OPPO’s F15 is another smartphone that vies for your money on the basis of its design and camera prowess. It delivers on both fronts, thanks to its interesting dual-tone finish, slim chassis, and a 48MP main camera sensor that gets the job done beautifully. The device also shines in the battery department, offering great battery life and fast charging as well. That said, it falters in terms of performance, and may not be for you if you play graphics-intensive games like PUBG.

Jump to the full OPPO F15 review for more 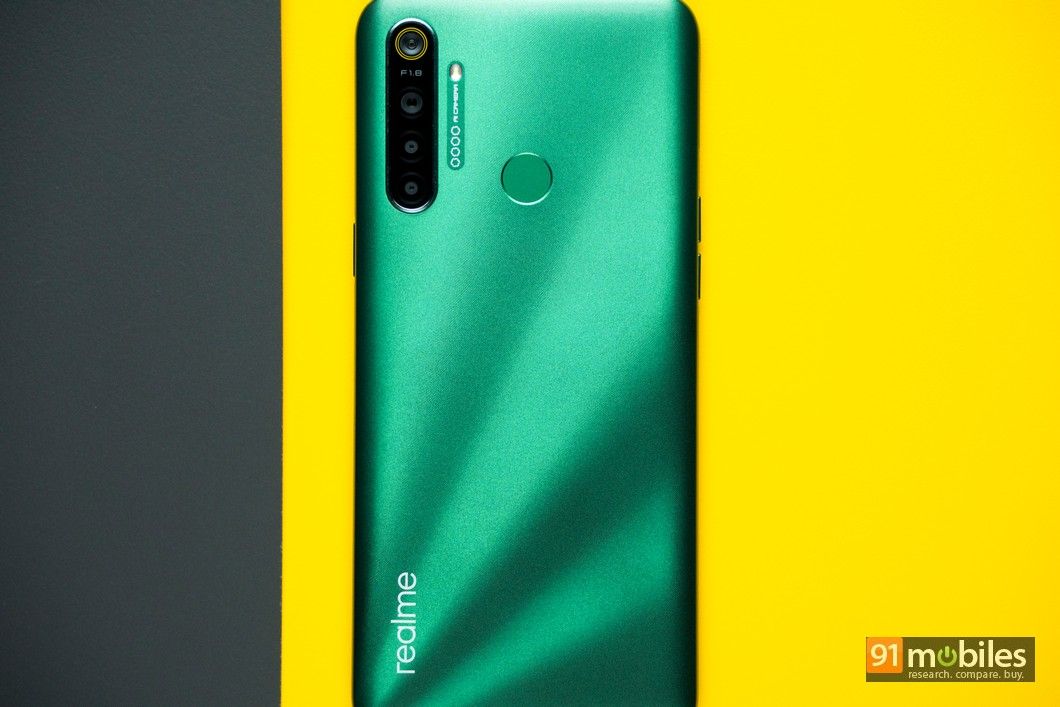 Despite the fact that the Realme 5i borrows most of its specs with its sibling, the Realme 5, the new device comes across as a VFM contender. Priced south of Rs 10K, it offers a lot for its asking price, including a nice-looking design, a quad camera setup that shoots decent images, reasonably good performance, and a beefy 5,000mAh battery. The camera’s macro mode might be a hit-or-miss affair, the phone still gets a thumbs up for the overall value it delivers.

More details in our Realme 5i review 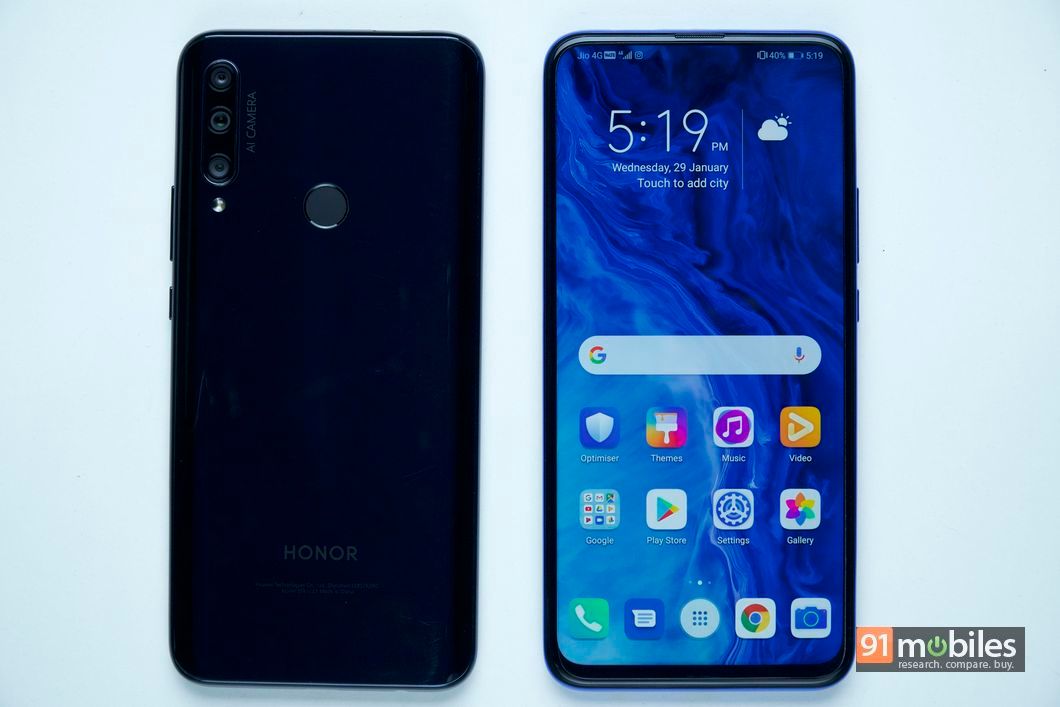 Thanks to its pop-up selfie camera, the Honor 9X offers a notch-less, and near bezel-less display. The rear camera setup is impressive in terms of specs too, thanks to the inclusion of a 48MP main sensor. Barring these aspects though, the device doesn’t impress much, courtesy its core specs that seem a tad outdated in comparison to its peers in the same price bracket. The good battery life acts as the saving grace though. 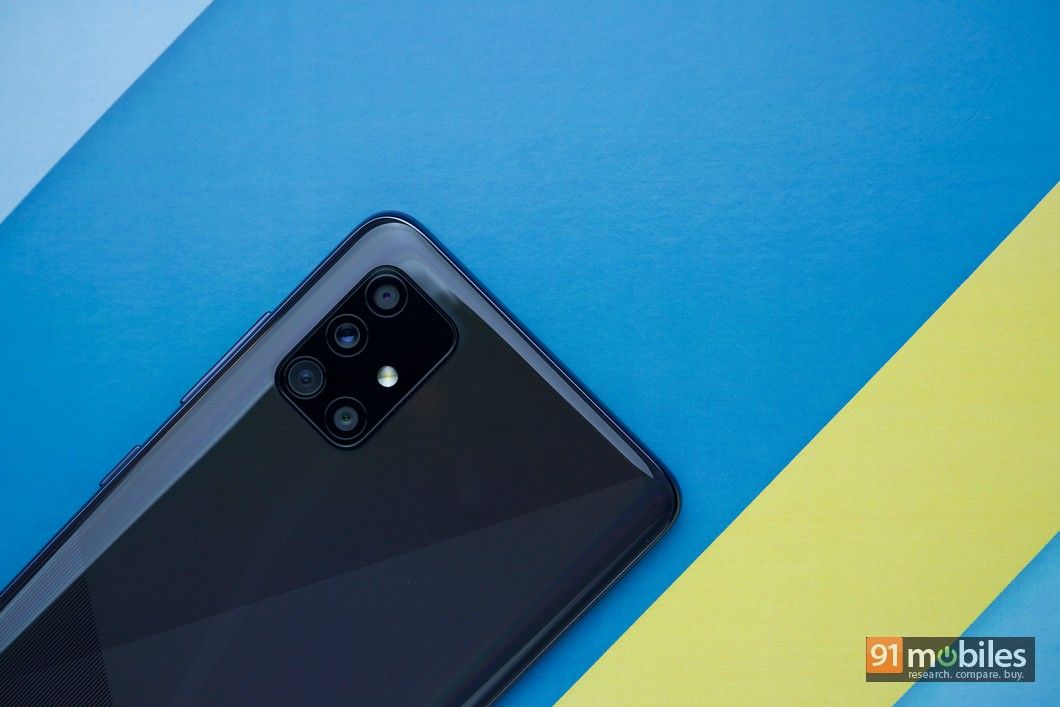 The South Korean electronics major continues to offer one noteworthy smartphone after another, and its latest is the mid-range Galaxy A51. Designed to impress, and equipped with a brilliant display and a set of capable cameras, the Galaxy A51 comes as a worthy successor to the A50, and deserves a spot on the shortlist if you’re out in the market for a new daily driver. That said, it does seem priced on the higher side, so you should check out what the competition has to offer too.

Here’s the Samsung Galaxy A51 review for your reference.

As you read this, we already have in our possession some very interesting devices which will be going through the review grind in the coming month. We’re not going to spoil the surprise by telling you which smartphones we’re alluding to, but suffice it to say that you should stay tuned. Oh, and lest we forget, MWC 2020 is happening in February too, so next month is looking quite loaded indeed.

Galaxy A51 vs Oppo F17 Pro: how the Samsung smartphone wins this battle of mid-range smartphones

Quick Switch on Samsung Galaxy A51 and Galaxy A71: Most Innovative Privacy Feature on Any Smartphone Yet