91mobiles.com
Home List All the phones that launched in June 2019 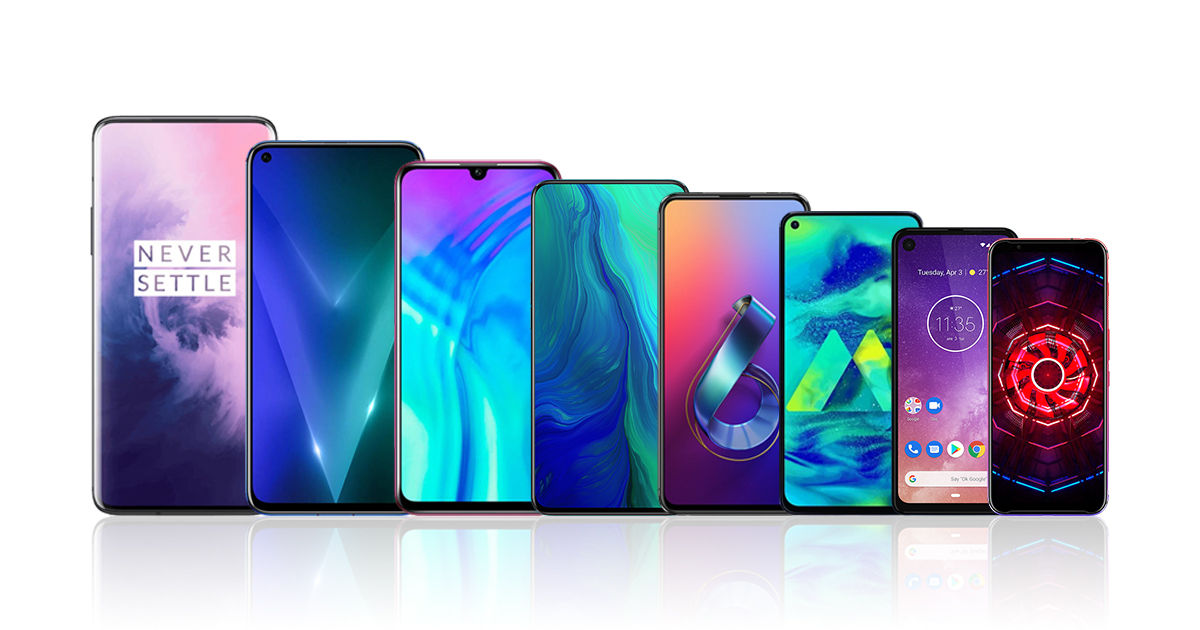 The month of June saw us tackle not one, not two, but as many as four Snapdragon 855-powered smartphones, with all of them flexing their muscles in the so-called affordable flagship space. In fact, the number goes up to five if we count the flagship-grade Honor 20. One thing is certain – prospective smartphone buyers in India never had it so good. There are extremely powerful options available across price ranges, with many of them being compelling all-rounders that check most boxes. Even the specific requirements of mobile gamers are now being addressed, given that one of the aforementioned phones is meant to serve exactly this need. We also reviewed three other phones in the Rs 15k – Rs 20k price bracket, with all of them being quite special in their own unique ways. Let’s take a closer look. 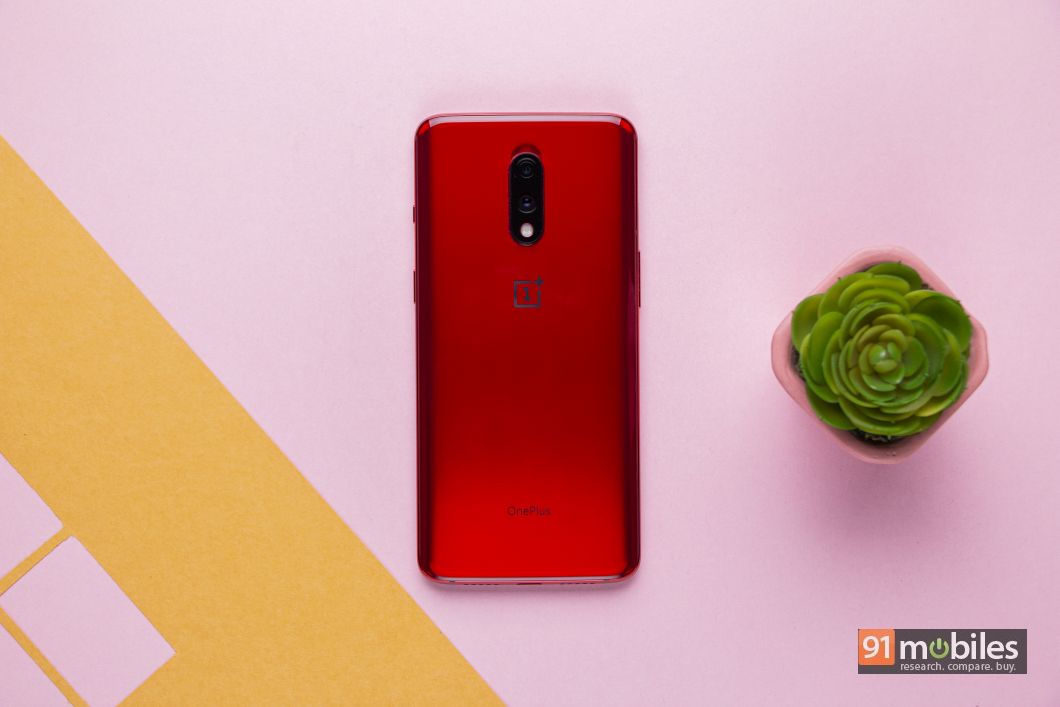 With its Pro sibling getting the review treatment last month, June started with us focussing on the more affordable OnePlus 7. Even before we went deep into the nitty gritties though, one thing was clear – the OnePlus 7 seems better value for money than the Pro. Barring small compromises in the display and the camera department, buying the OnePlus 7 makes more sense than the pricier OnePlus 7 Pro in case you’re looking for maximum bang for the buck. And that’s exactly the point that Prateek tries to put across in his review, saying “while I absolutely love the display on the OnePlus 7 Pro, most if not all buyers will find their money better spent on the OnePlus 7, which costs Rs 16,000 less”. However, the OnePlus 7’s initial appeal did get a tad weaker as the month progressed, as we went on to review other devices priced similarly.

Get all the details in the OnePlus 7 review 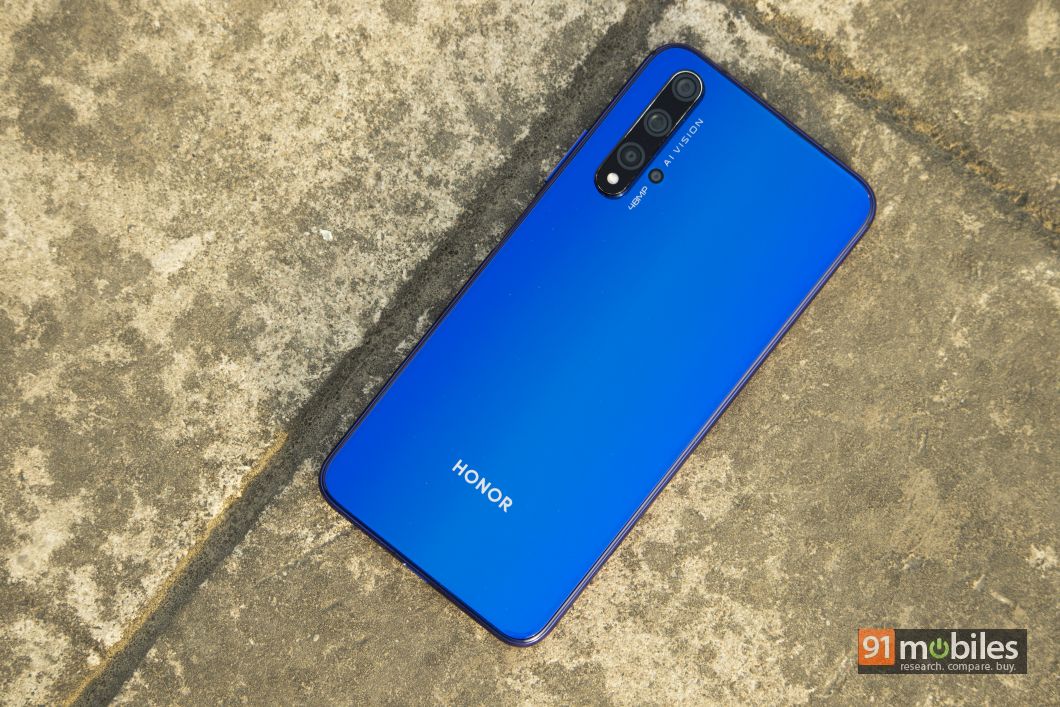 With the shadows cast by the cloud of the US ban, Huawei brand Honor seems to be standing on shaky ground at the moment. That however, didn’t stop it from going ahead with the launch of its Honor 20 series of smartphones in India. And considering that Prateek awarded the Honor 20 with four stars after his review, it’s clear that this flagship-grade contender is worth more than just a cursory second look. “Looks downright gorgeous”, “a beast of a camera phone”, “blazed through PUBG”, and “phenomenal flagshipl” are phrases you’ll find scattered across Prateek’s Honor 20 review, and that should give you a good idea of how compelling this phone is. Its more affordable sibling, the Honor 20i, is no slouch either, if Abhiman’s analysis of it is anything to go by. The phone scores high in most aspects, including design, camera prowess, and battery life. 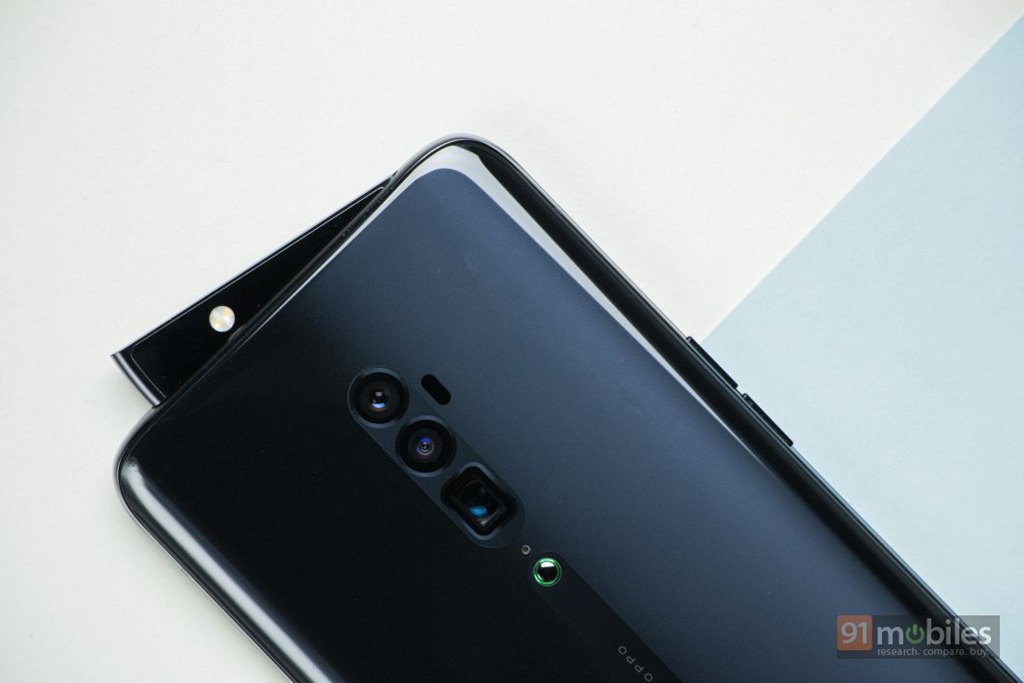 As per Nitansh, the Reno 10x Zoom is OPPO’s best foot forward while attempting to make a dent in the premium category. While that may sum up the device in a nutshell, the main thing here is that the Reno is not just a looker, it’s also a superb camera phone, a top-notch performer, and lasts really long on a single charge. The so-called shark fin pop-out selfie shooter is one of the highlights, but even otherwise, the phone looks super cool, especially in the Ocean Green colourway. Bluntly put, the Reno is a strong challenger to OnePlus’ dominance in this particular segment, and OPPO has intelligently priced it so that it slots in nicely between the OnePlus 7 and the 7 Pro. The verdict? You can’t really go wrong with it. 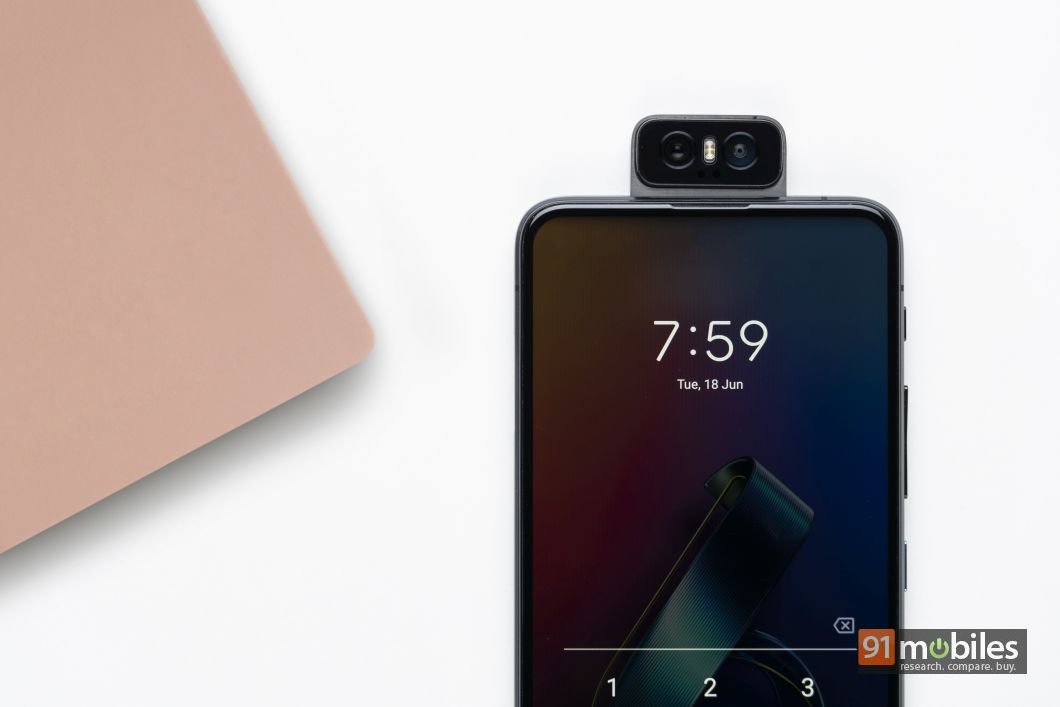 Deprived forcefully of its ZenFone tag, the ASUS 6Z is yet another powerful, innovative and aggressively priced option for those looking for a capable all rounder. Its mainstay is its flip-out camera system that can make your eyes pop out in awe the first time you see it. The implementation is such that the rear cameras double up as selfie shooters when the module flips out to face the front, effectively giving selfie lovers extremely powerful sensors at their disposal. Barring minor niggles, the ASUS 6Z delivers on most fronts, including performance, camera quality and battery life, so not only do you get a great conversation starter (thanks to the flip cameras), you also get a very capable performance-oriented phone, and one that doesn’t cost the earth. Go check out Prateek’s detailed review via the link below if you’re interested in finding out more.

The full lowdown in our ASUS 6Z review 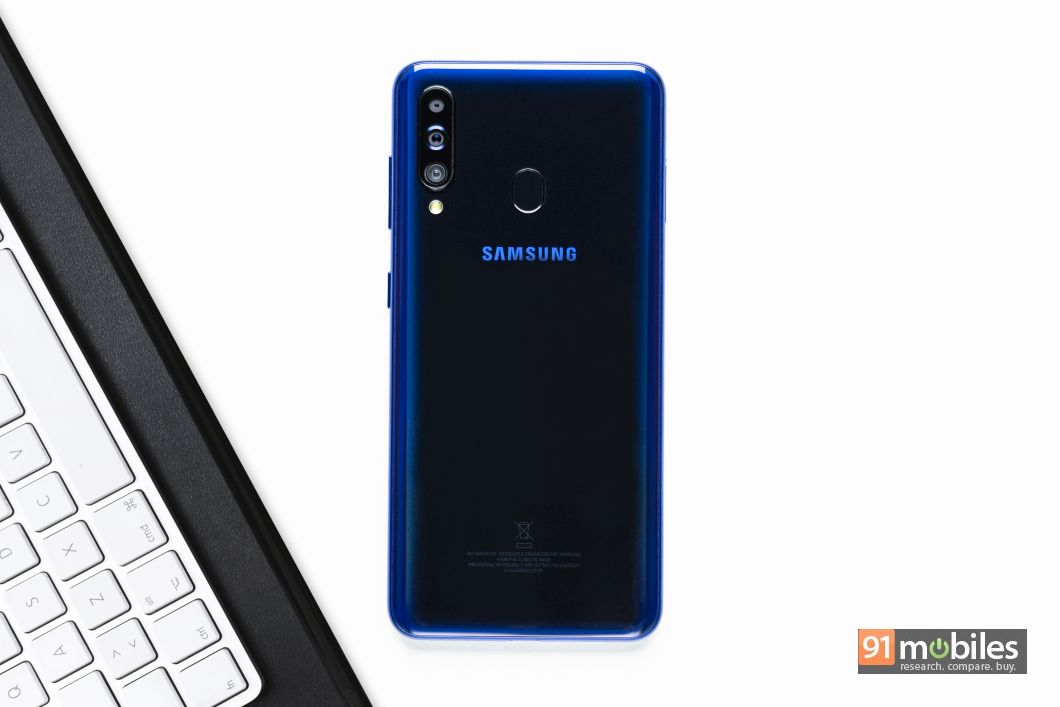 Samsung’s M series is the brand’s salvo in the affordable segment, and one directly targeted at competition like Xiaomi and Realme. The M40 makes for a strong option in the sub-Rs 20k segment, and attempts to offer quite a few things – punch hole display, Screen Sound Cast tech that converts the entire panel into an earpiece, punch hole display and reasonably good specs. While it lacks an AMOLED display and a 3.5mm headset socket, and the battery life isn’t that great, it makes up for these by delivering good performance and capable cameras, all packed inside a nice-looking chassis. Still, Prateek feels it could have been priced a tad more affordably.

Check out the in-depth review of the Samsung Galaxy M40 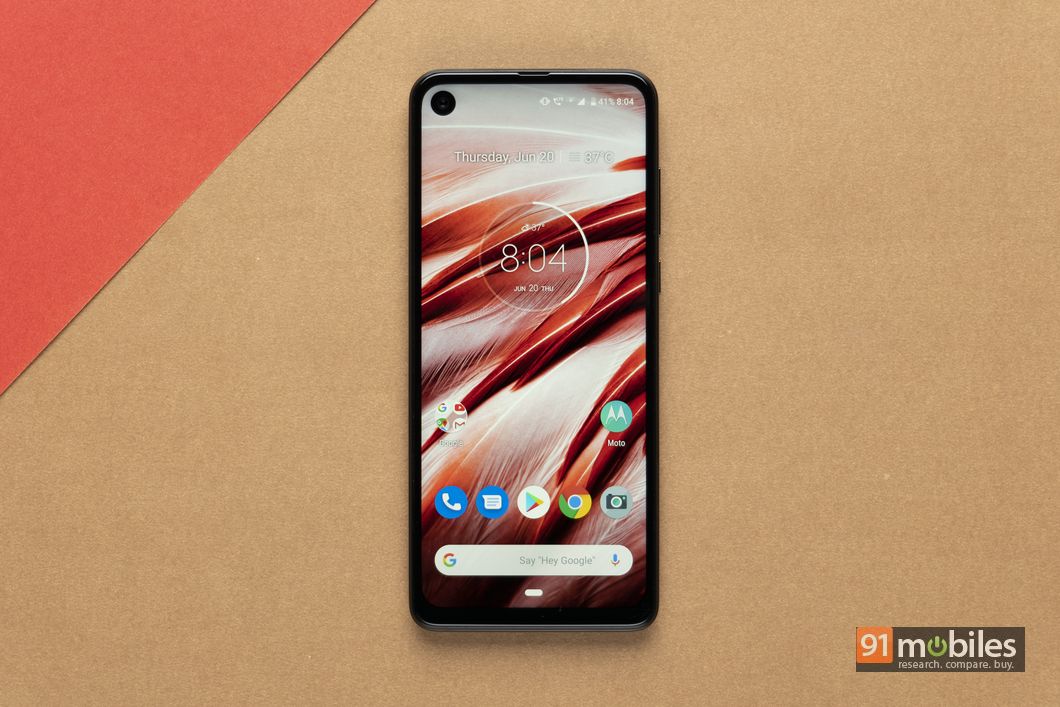 Motorola’s not been making much noise lately, but its latest, the One Vision, attempts to change that. The first phone in India with an ultra widescreen 21:9 display, the One Vision is not your usual run-of-the-mill phone. Plus, it also follows the latest trends in terms of offering a punch hole display and a high-res 48MP primary snapper. It also scores high on design, with its curvy glass body available in striking sapphire blue and an elegant-looking bronze. The phone uses the Android One platform, but does include some signature Moto experience to alleviate the usage experience. The phone is a decent all-rounder too, delivering decent performance, battery life and camera capabilities. Its 21:9 display may not be as big a crowd puller in real life as one might expect, but the One Vision is yet another compelling contender in the sub-Rs 20k segment.

Here’s the full review of the Motorola One Vision 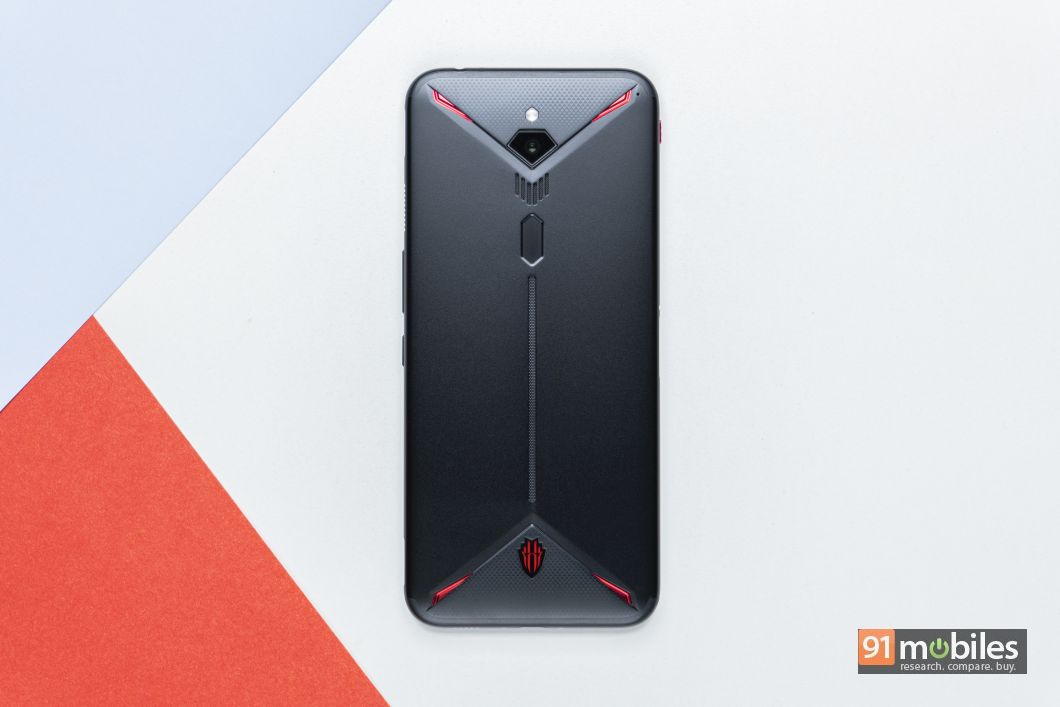 A beast of a phone, this one has been designed to attract the gamers. To achieve, this, the funky-looking device comes with all the bells and whistles you’d expect. Not only does the phone bring top-of-the-line internals (including Snapdragon 855 SoC and up to 12 gigs of RAM), it’s also the first phone to boast features like a cooling fan and 8K video recording. Clad in metal, the phone’s body features RGB lighting and integrated shoulder buttons for gaming. There’s even an option to add a dock to enhance connectivity. As Prateek mentions in his review, the phones single 48MP camera leaves a little something to be desired. And while the phone may not look as much of an all-rounder as some of the other phones available in the same price segment, it does have what it takes to entice the gamers.

Read the nubia Red Magic 3 review for the full analysis

In July, you can expect some more around gaming-centric smartphones, and we also have reviews of quite a few other interesting smartphones in the pipeline, spread across different price segments. Watch this space.

ASUS ZenFone 8 may launch in India as ASUS 8Z; ZenFone 8 Flip may be called 8Z Flip