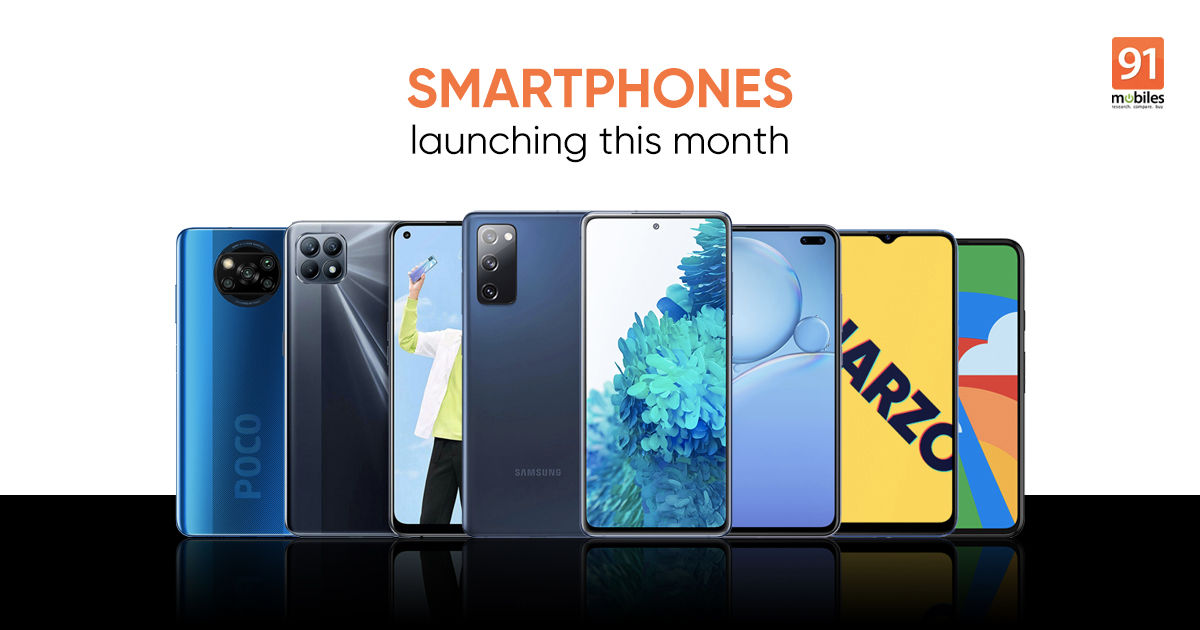 The list of smartphones that have launched in September is already a long one and it is about to get longer in the coming days. Brands like Samsung, Realme, POCO, Motorola, OPPO, and Google are gearing up to launch more phones before the end of the month. These include the new Realme Narzo 20 series, POCO X3 in India, Vivo V20 SE, Realme C17, Samsung Galaxy S20 Fan Edition, OPPO Reno4 SE, and Google Pixel 5 and Pixel 4a 5G. These smartphones launching in September will join phones like the Samsung Galaxy Fold2, Moto RAZR 2, LG Wing, Realme 7 series, Samsung Galaxy M51, and POCO M2 that were announced earlier this month.

Phones yet to launch in September

Realme is confirmed to refresh its Narzo series in India with the launch of Narzo 20 smartphones on September 21st. The handsets succeed the Narzo 10 series, which was launched back in May. This time, the lineup will comprise a new member, the Realme Narzo 20 Pro, in addition to Realme Narzo 20A and Narzo 20.

The Realme Narzo 20 Pro India price was leaked by Flipkart on Friday, revealing the phone will start from Rs 16,999. The leak also reveals the Narzo 20 Pro will come with a 90Hz display, 65W fast charging, and MediaTek Helio G95 SoC. The launch event invite reveals that the Pro model will get a quad-camera setup, while the other two models will sport triple cameras. The Narzo 20A and Narzo 20 are expected to sport a rear-mounted fingerprint sensor, as per the invite.

The Reno4 SE could be OPPO’s most-affordable smartphone with 65W fast charging solution. The handset is scheduled to launch on September 21st in China. The OPPO Reno4 SE will tout similar design as OPPO F17 Pro that was unveiled in India earlier this month and come with 5G connectivity. The smartphone is said to be powered by MediaTek Dimensity 720 SoC coupled with 8GB RAM and 128GB/256GB storage.

The phone will feature a quad-camera setup at the back, which could be headlined by a 48MP primary sensor. The front camera will reportedly sport a 32MP snapper in the punch-hole setup. Other specifications of the phone may include a 6.43-inch FHD+ OLED display, dual-cell 4,300mAh battery, and Android 10 OS with ColorOS 7. The OPPO Reno4 SE is tipped to priced starting at RMB 2,699 (~Rs 28,000).

Realme will be taking the wraps off a new member in its C-series family, called Realme C17, at an event in Bangladesh on September 21st. This new Realme phone is said to be powered by the Snapdragon 460 SoC (instead of MediaTek Helio G35 SoC) paired with 6GB RAM and 128GB storage onboard. The handset is expected to sport a 6.5-inch HD+ display with a 90Hz refresh rate and 90.5 percent screen-to-body ratio.

In optics, the Realme C17 may sport a quad-camera setup at the back with a 13MP primary sensor, an 8MP ultra-wide-angle lens, and a couple of 2MP sensors, which are a macro lens and a B/W sensor. The phone will house a 5,000mAh battery with 18W fast charging support.

POCO X3 is making its debut in India on September 22nd as a successor to POCO X2 (review) from earlier this year. The upcoming model will come with an upgraded chipset, battery, water-resistant design, and a single front-facing camera instead of dual. Unlike the global version that was launched earlier this month, the POCO X3 in India may not include NFC. As for the POCO X3 price in India, it’s said to be a little over Rs 20,000. 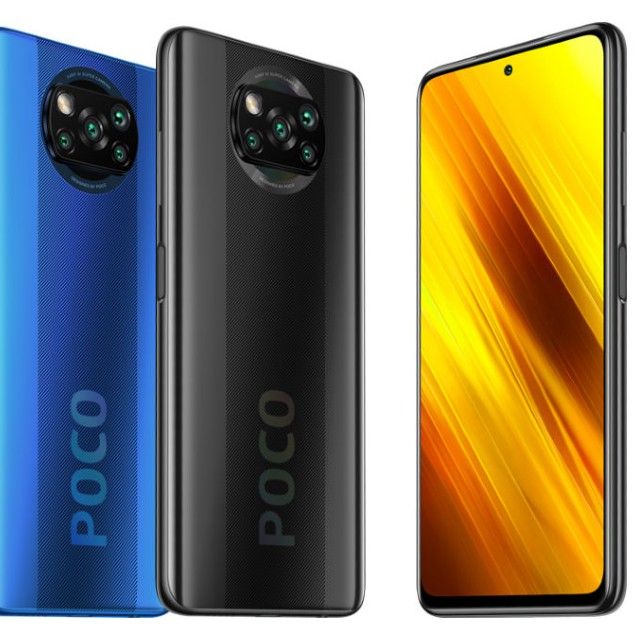 Coming to the specifications, the handset will rock a 6.67-inch Full-HD+ punch-hole display 120Hz refresh rate and dynamic switching. The smartphone will be powered by the new 2.3GHz octa-core Snapdragon 732G chipset with Adreno 618 graphics, 6GB RAM, and up to 128GB internal storage. 64MP quad rear cameras, 20MP selfie camera, and 5,160mAh battery with support for 33W fast charging support are also part of the package.

Motorola has announced it will launch the Moto E7 Plus in India on September 23rd and the smartphone will go on sale on Flipkart. The Moto E7 Plus features a waterdrop display, dual cameras, and a rear-mounted fingerprint sensor. Key specifications also include an HD+ display, Snapdragon 460 SoC, and 5,000mAh battery, among other things. The Moto E7 Plus price in India is expected to be less than Rs 13,000. To recall, the phone was launched in Europe at EUR 149 (approx Rs 13,000).

Samsung is globally launching the “Fan Edition” version of its flagship Samsung Galaxy S20 smartphone from earlier this year on September 23rd. The Samsung Galaxy S20 FE or Fan Edition will reportedly be loaded with a 6.5-inch Full HD+ Super AMOLED Infinity-O display with a 120Hz refresh rate and Corning Gorilla Glass 3 protection atop. At its core will lie Exynos 990/ Snapdragon 865 SoC, 6GB of RAM, and 128GB internal storage. 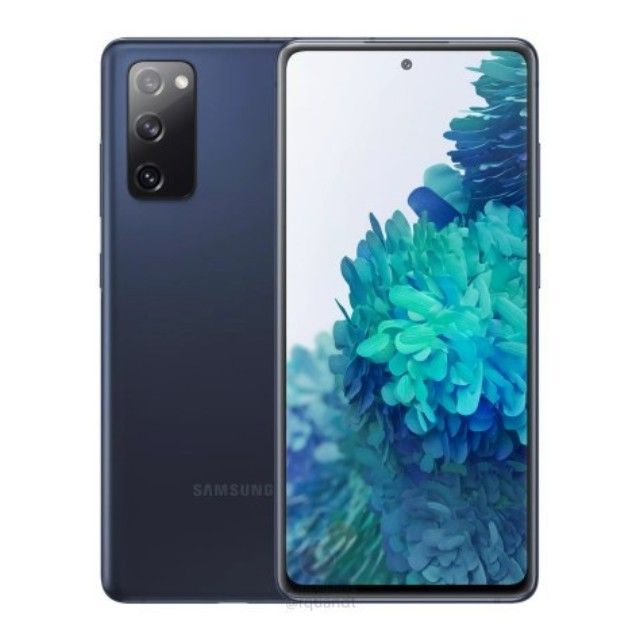 For photography, the smartphone is said to sport a 12MP triple rear cameras and 32MP selfie camera on the front. Moving on, the smartphone is expected to house a 4,500mAh battery with 15W fast charging support and run Android 10 operating system with OneUI 2 running on top of it. The phone’s design on leaked renders appears similar to the regular S20 variants. The Samsung Galaxy S20 FE price is expected to be EUR 699 (about Rs 61,000).

Vivo V20 SE launch has been scheduled for September 24th in Malaysia. The handset is expected to be part of the new V20 series, which hasn’t been officially unveiled by the brand yet. Leaked specifications of the Vivo V20 and V20E suggest that one of them will come with a similar camera module at the back as the recently announced Vivo X50 series, while the other will feature a vertical camera setup. The setup will reportedly be headlined by a 64MP sensor.

Additionally, the handsets are tipped to pack a waterdrop notch displays, 44MP front camera, and offer 33W fast charging support. The alleged Geekbench listing of the Vivo V20 SE suggests that it could be powered by Snapdragon 665 SoC coupled with 8GB of RAM. Software-wise, it would run Android 10-based FunTouchOS out of the box. That’s all we know so far!

Google also has a surprise in store. It’s unveiling its next-gen Pixel 5 and Pixel 4a 5G smartphones, along with a new Chromecast and smart speaker, on September 30th. Google is reportedly stepping down with its Pixel 5 smartphone and launching it as a mid-range offering instead of a flagship. The handset is tipped to be powered by Snapdragon 765 SoC instead of high-end Snapdragon 800-series SoC. Other specifications of Pixel 5 may include 5G support, punch-hole display, square camera module, display size around 5.7-inch, Snapdragon 765 chipset, OLED panel with 90Hz refresh rate, 3,080mAh battery, etc. 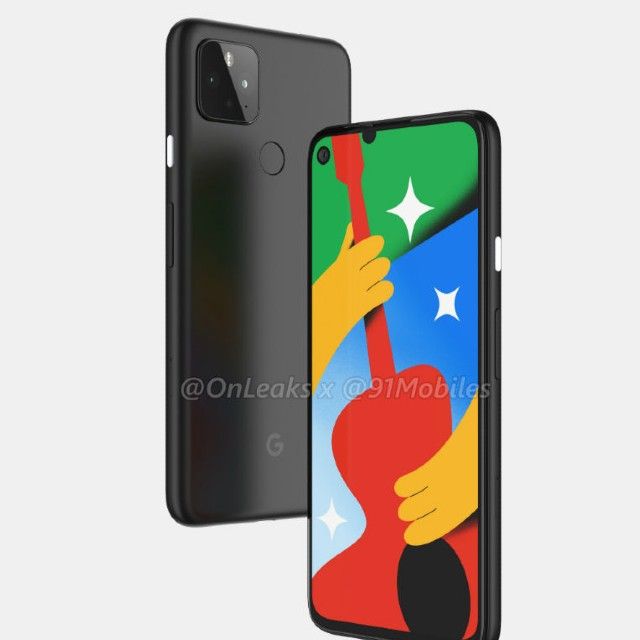 The Pixel 4a 5G, on the other hand, is expected to sport a slightly larger display than the standard Pixel 4a, which was launched back in August. The latter packs a 5.81-inch panel, 60Hz refresh rate, a 12.2MP rear camera, and an 8MP selfie shooter. The phone, as the name suggests, will have 5G connectivity. Sadly, both Pixel 4a 5G and Pixel 5 won’t be launching in the Indian market.

These are the smartphones that are confirmed to launch in India as well as globally in the next few days. 91mobiles, as usual, will be on top bringing all the coverage as they happen so stay tuned and keep watching the space.