91mobiles.com
Home Comparisons Pixel 4a vs OnePlus Nord: can Google’s mid-range phone take on the...
Highlights 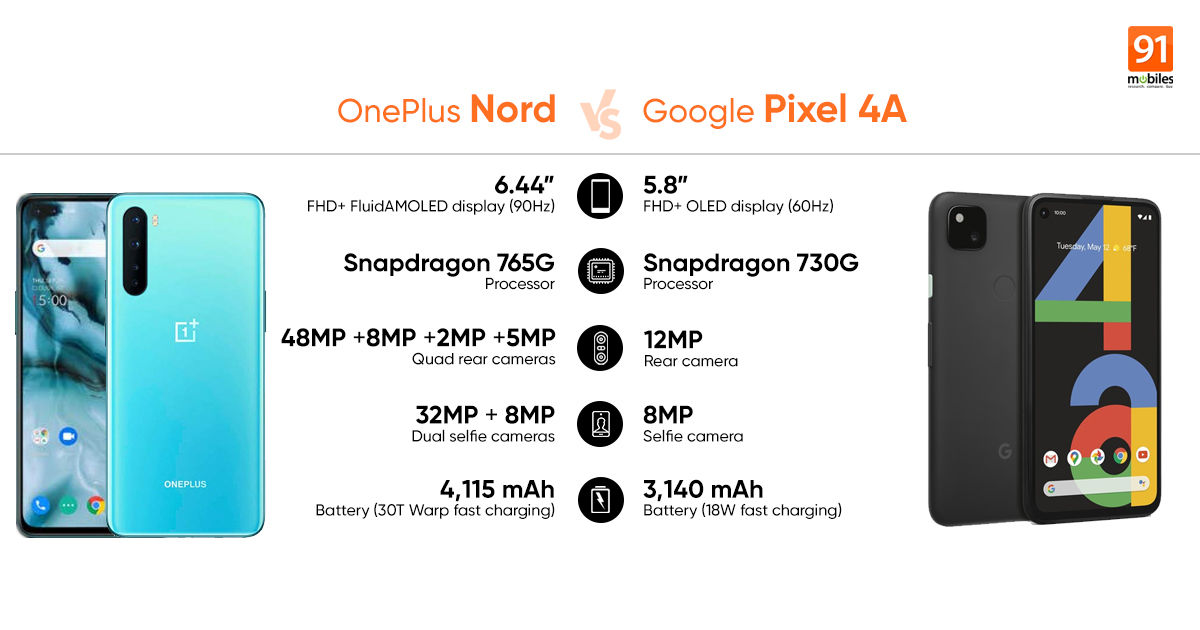 Google Pixel 4a was finally launched globally yesterday after months of waiting. The handset is the next-gen mid-range offering from Google, succeeding last year’s Pixel 3a (review). The Google Pixel 4a is a watered-down version of the Mountain View company’s flagship Pixel 4 smartphone, which unfortunately couldn’t make its way to India. The Pixel 4a, however, will launch in India in October with specifications such as Snapdragon 730G SoC, FHD+ OLED display, single rear-facing camera, and 3,140mAh battery that supports 18W fast charging. The closest Android-powered competitor to the Google phone will be the OnePlus Nord (review), which was launched in India last month.

Pixel 4a vs OnePlus Nord: Design

The Pixel 4a is a far more compact phone compared to the OnePlus Nord. The former gets a single punch-hole camera and a polycarbonate unibody design, while the latter gets a dual punch-hole camera and a Gorilla Glass rear panel. Around the back, the Google Pixel 4a features a single camera setup with LED flash in a squarish module and fingerprint scanner. The phone has 3.5mm headphone jack atop, which has become a rear sight in the mid-range category, and USB Type-C and speakers at the bottom. The OnePlus Nord doesn’t sport a dedicated 3.5mm audio jack, but it does look more premium thanks to its glass design. The phone has quad camera setup at the back and an in-display fingerprint scanner for security. 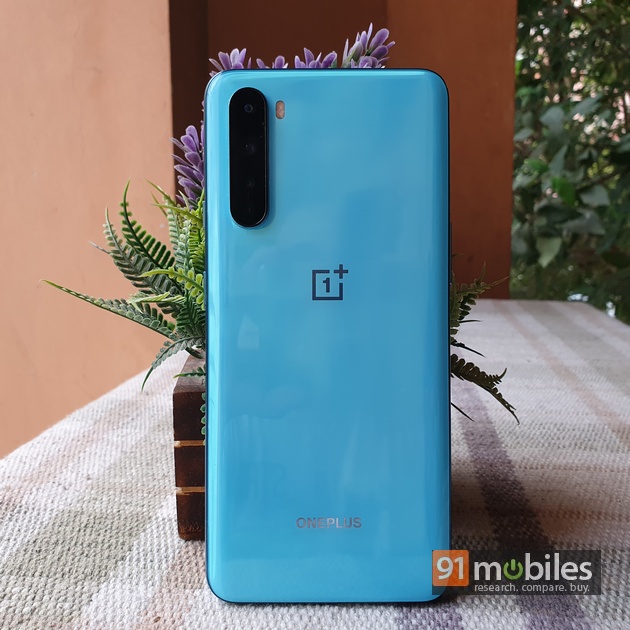 Pixel 4a vs OnePlus Nord: Specifications

Coming to the specifications, the Pixel 4a sports a smaller 5.8-inch FHD+ OLED display with HDR+ support and a standard 60Hz refresh rate. The phone is powered by the mid-range Snapdragon 730G chipset, ‘G’ stands for enhanced graphics performance, paired with 6GB RAM and 128GB internal storage. The handset houses a 3,140mAh battery with 18W fast charging support and runs Android 10 out of the box. Like other Pixel phones, the 4a also comes with guaranteed software updates support for the next three years.

The Google Pixel 4a comes with a single 12MP rear camera, which means it’s not as versatile as phones with triple or quad cameras in this segment, but you do get Google’s image processing and features like Night Sight that can give the competition a run for their money. Up front, the smartphone gets an 8MP camera for selfies and video calling. 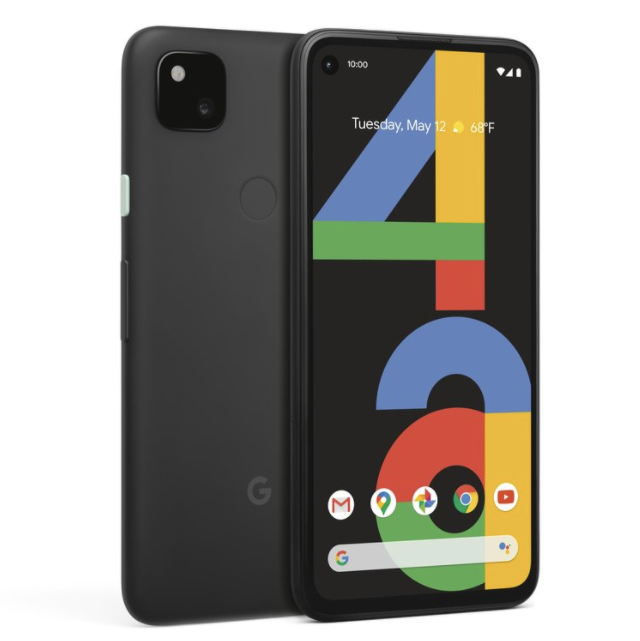 The OnePlus Nord, in contrast, ships with a taller 6.44-inch FHD+ (1,080 x 2,400p) Fluid AMOLED display with a higher 90Hz refresh rate, 20:9 aspect ratio, and HDR support. It is powered by the Snapdragon 765G SoC, which is equipped with a 5G modem and coupled with up to 12GB RAM and 256GB storage. The handset runs Android 10-based OxygenOS out of the box to take care of the software side of things. The OnePlus phone houses a 4,115mAh battery with 30T fast charging support.

Pixel 4a vs OnePlus Nord: Price in India and availability

The Pixel 4a price in India hasn’t been announced yet, but it’s expected to be around Rs 30,000 keeping the GST rate in mind. The phone in the US has been priced at $349 (approx Rs 26,200) for the sole variant with 6GB RAM and 128GB internal storage. The Pixel 4a will be available in India via Flipkart sometime in October.

The OnePlus Nord price in India starts at Rs 24,999 for the base 6GB RAM + 64GB storage variant, but this variant will only be available in September. The 8GB RAM + 128GB and 12GB RAM + 256GB variants are priced at Rs 27,999 and Rs 29,999, respectively, and will go on open sale from August 6th onwards. The smartphone comes in Blue Marble and Grey Onyx colour options.