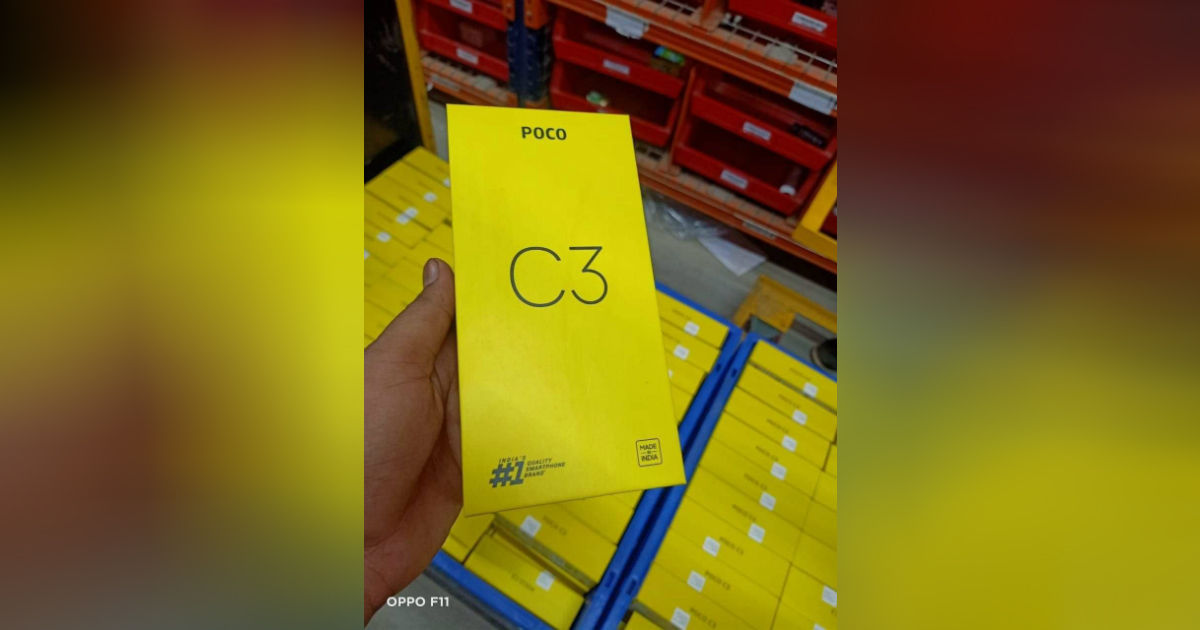 POCO C3 price in India has seemingly been revealed through alleged retail box images that are doing the rounds on the internet, but don’t go trusting it just yet. The smartphone with model number M2006C3MI was spotted on the Bluetooth SIG certification site back in July and is expected to launch in India soon. Now, a Twitter user has posted images of what he claims is the POCO C3 retail box in the country. One of the images shows off the POCO C3 India price along with the M2006C3MI model number. Before we proceed, we should mention that the POCO C3 price mentioned in the image is very likely a fake. 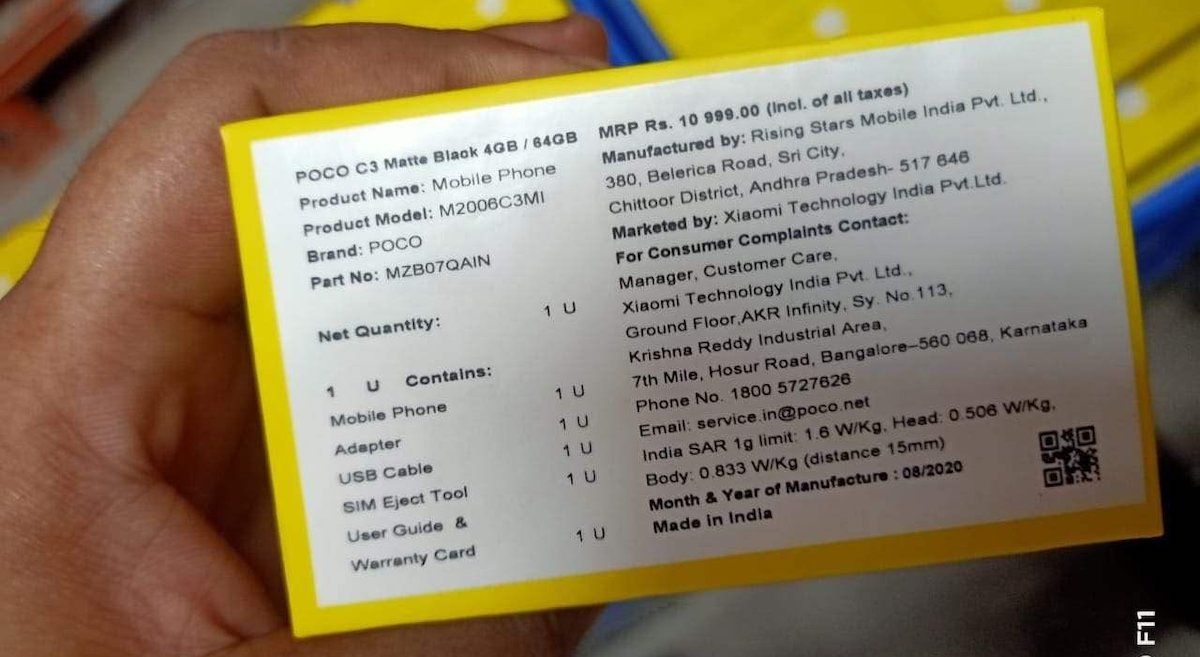 The POCO price in India mentioned on the box is Rs 10,999 (MRP). Now, the Twitter user claims that it’s the POCO C3 retail box, but it seems the person in the image is holding a card rather than a box. The retail box is in yellow, which is curious considering past POCO phones, including the POCO X3, POCO X2, POCO M2 Pro, and POCO F1, have arrived in a black coloured box. The leaked images, in fact, suggest a Realme phone retail box with a photoshopped sticker mentioning the POCO C3, model number, price, and so on.

While we believe the POCO C3 price leak images are fake, we do feel that the phone may launch in India soon. POCO C3 with model number M2006C3MI is expected to be a rebranded Redmi 9C. In addition to the Bluetooth SIG certification, the phone has also bagged the BIS and TÜV Rheinland certifications. The BIS certification suggests that the smartphone’s India launch is imminent and we may hear something about this before the end of the year.