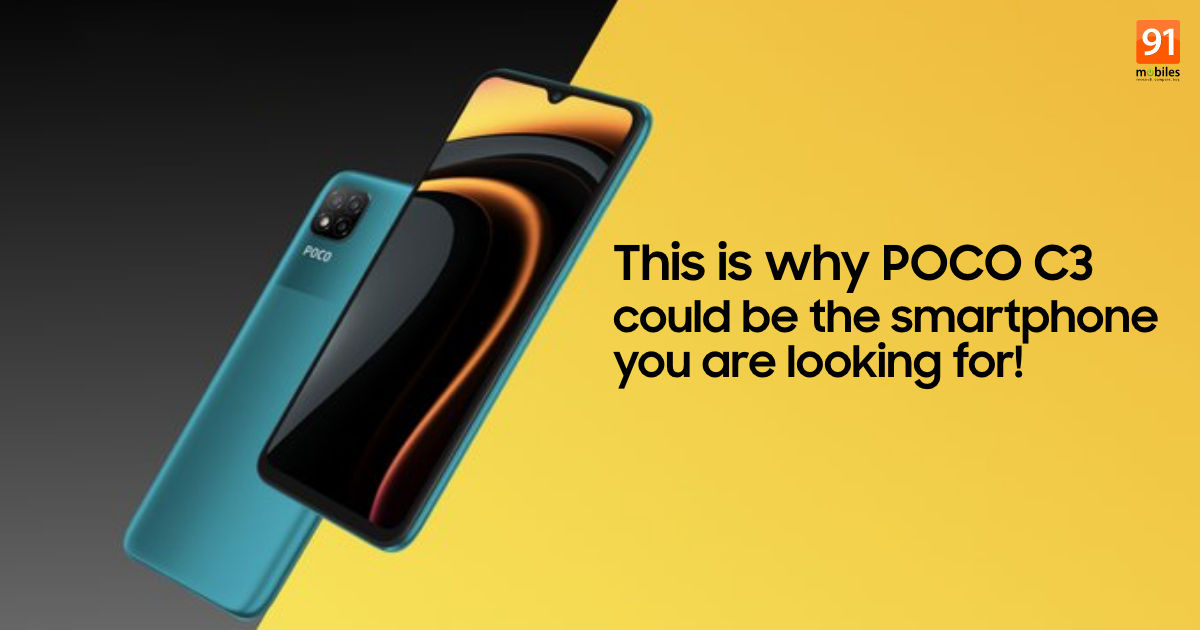 The POCO C3 has finally been launched after being teased for a long time. At first glance, the device comes across as a solid entry by brand POCO in the budget smartphone category. And even as you delve deeper into its proposition, you start to wonder how the company has been able to offer it at such a low price. Starting at Rs 7,499, the device is expected to sell like hotcakes when it’s made available via Flipkart on October 16th during the e-commerce website’s Big Billion Days sale. Let’s give you a lowdown on what makes this new device worth considering. 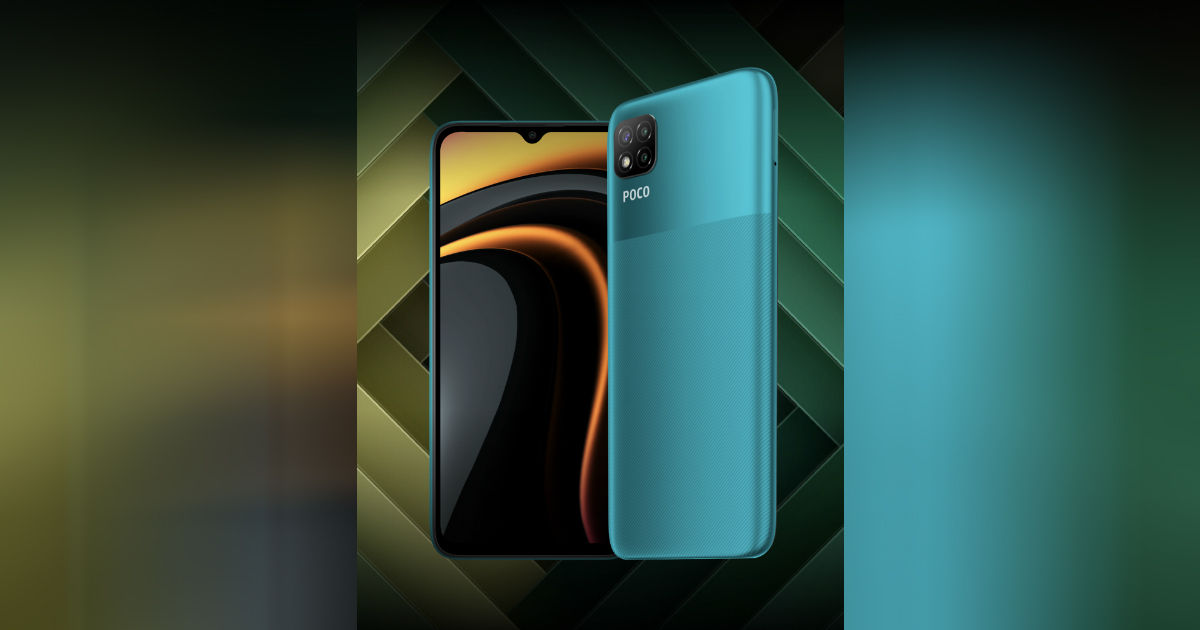 Under the hood of the POCO C3 lies the MediaTek Helio G35 chipset, which is aimed at bringing gaming-grade performance to the affordable range. One of the highlights of this chipset is its incorporation of the MediaTek HyperEngine Game Technology. This equips the device with intelligent resource management for enabling sustained performance and enhanced power efficiency. Apart from performance, this technology also focuses on connectivity. Its prediction of Wi-Fi and LTE concurrency triggers in just 13 milliseconds, ensuring that there’s no lag in your games. It also allows you to easily defer calls when you’re playing. 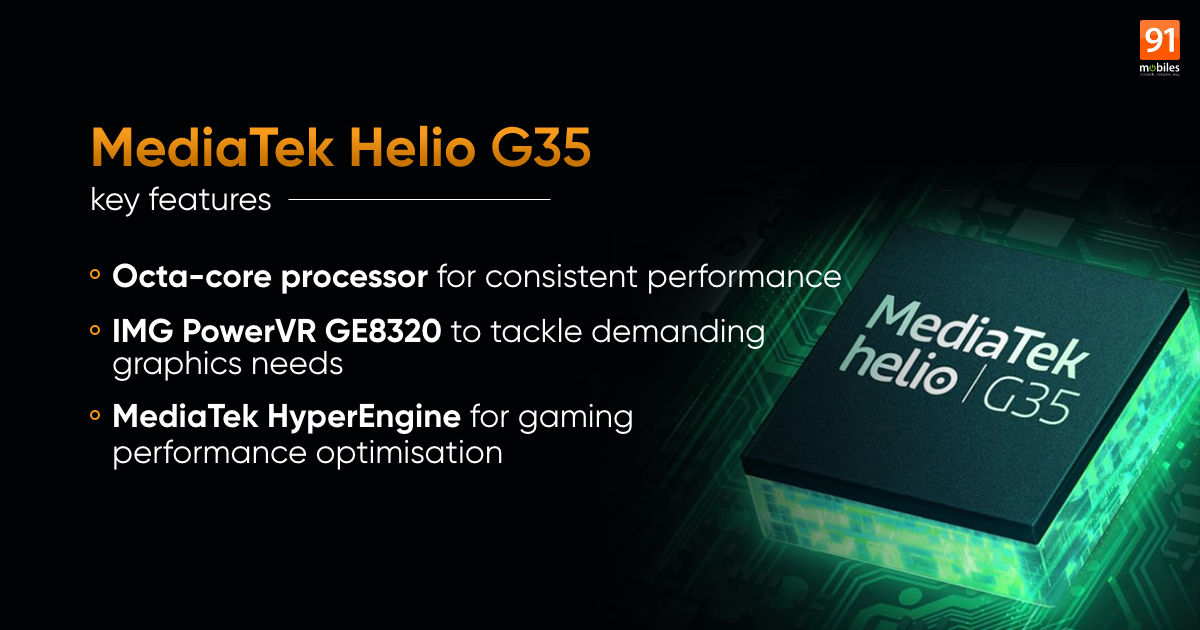 The chipset utilises an octa-core processor, with all its eight cores being Cortex-A53 units. Four of them are clocked at 2.3GHz, while the other four run at 1.8GHz. This 12nm chipset also includes PowerVR GE8320 GPU for delivering strong graphical performance on its 6.43-inch IPS LCD panel. Smooth multi-tasking is made possible by the presence of 3GB or 4GB of RAM, depending on whether you choose the 32GB of 64GB storage model.

Despite its affordable price, the POCO C3 offers a triple camera setup on its back. All the lenses are arranged in a neat black coloured cluster that’s square in shape, providing a nice contrast to the otherwise minimal design of the phone. The main camera of the C3 is a 13MP shooter with a regular wide lens. The second one is a 2MP macro camera that lets you get incredibly close to your subjects to capture the tiniest of details. The third camera is, of course, a 2MP depth sensor that provides portrait effects. With this setup, the POCO C3 is able to deliver great versatility to those who use their phone cameras a lot, driven from behind the scenes by the capabilities of the MediaTek Helio G35. Do note that the device also houses a 5MP front camera for clicking selfies.

POCO has packed inside the C3 a whopping 5,000mAh battery. That’s enough power to keep it going for 2 days on a single charge. In fact, POCO says that the phone is capable of offering 586 hours of standby time, 37 hours of VoLTE talktime, 95 hours of music playback, 31 hours of video playback and up to 14 hours of non-stop gaming on a single charge. 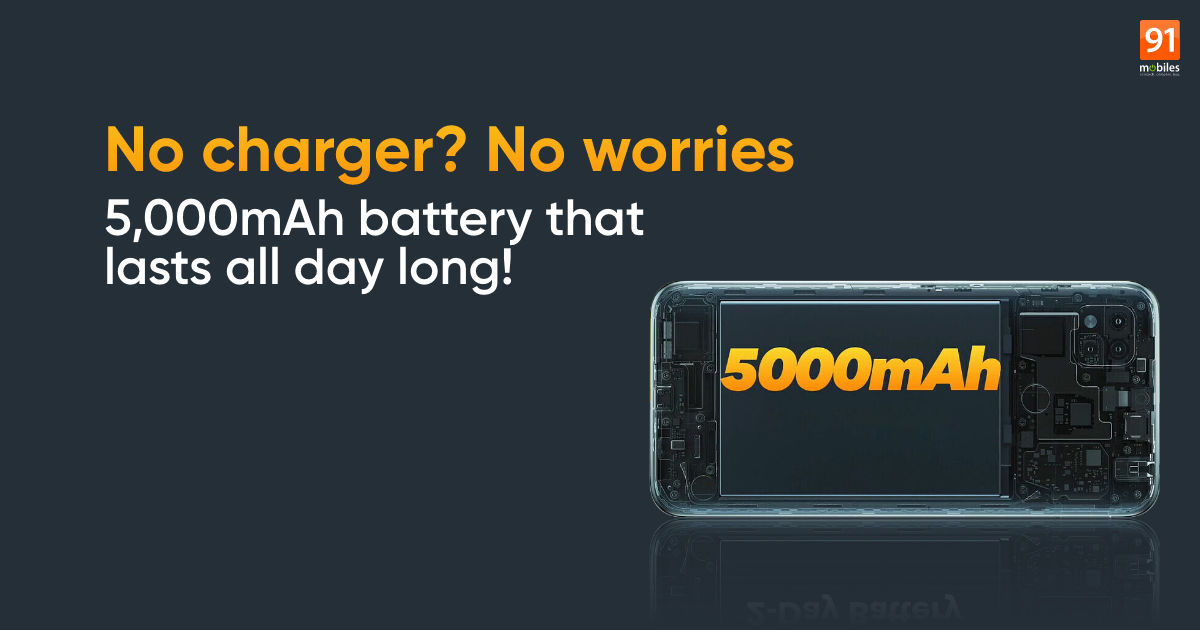 There’s a feature called Better Battery 2.0 onboard that’s meant to ensure that the battery has about 25 percent more lifespan than other batteries in the market. All this, combined with the efficiencies brought in by the MediaTek Helio G35 makes sure the device should be able to last a while on a single charge.

The POCO C3 comes dressed in three attractive colours – Arctic Blue, Lime Green and Matte Black. The phone also gets a two-tone design on its rear surface. The top portion gets a smooth glossy finish, while the bottom portion has a ribbed pattern that offers good grip. On the front is a 6.43-inch HD+ panel that’s spread across most of the fascia, giving the display great immersive qualities. The phone boasts P2i Barrier protection that saves it from splashes and spills. What’s more, POCO has also made the C3’s ports corrosion proof.

Great bang for the buck

There’s a tremendous value for money in the POCO C3. In its price range, there are few phones that are offering such capable hardware, not to mention a triple camera setup. On top of that, this well-designed handset also delivers a 5,000mAh battery to its users. All this at a starting price of just Rs 7,499 is really hard to believe. That retail value applies to the model with 3GB of RAM and 32GB of storage. As for the version with 4GB of RAM and 64GB of storage, it has been priced at Rs 8,999.