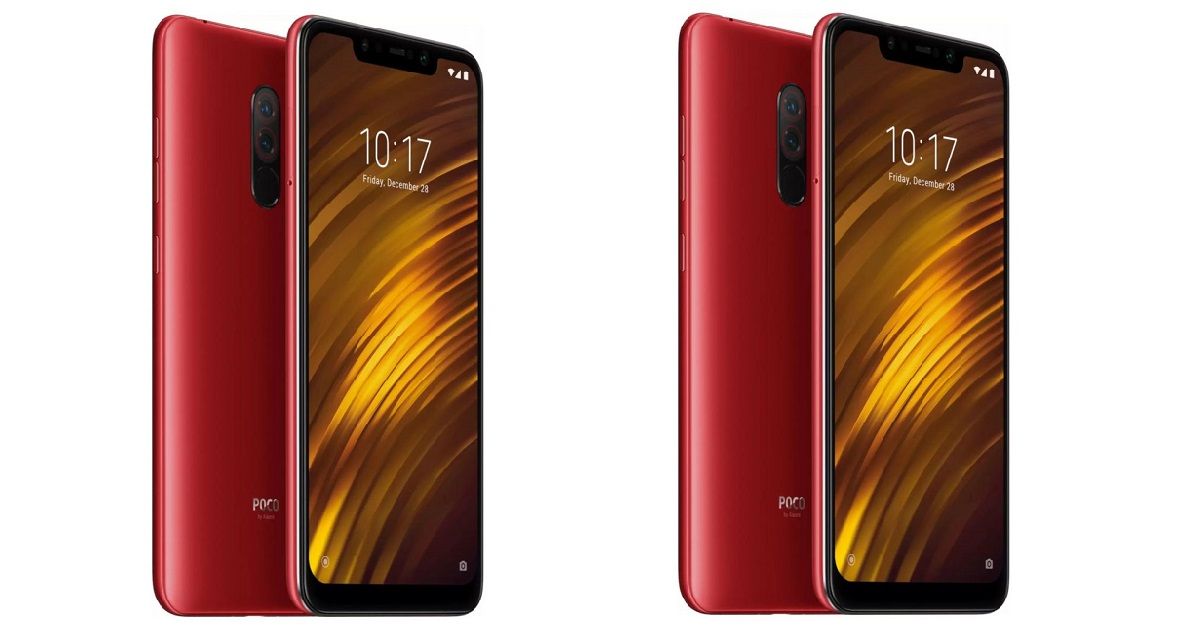 Poco F1, the subbrand of Xiaomi has started releasing a beta update that will support 4K video shooting at 60fps. Prior to this, Poco F1 has the support for 4k video recording at 30fps. The MIUI 10 9.3.1 update with the newest feature is now available only to Poco F1 beta testers and after a successful trial, it will be distributed very soon to all the users.

Two months ago, the subbrand Poco had brought 960fps slow-motion video shooting feature on the Poco F1 and it was just in last month the Xiaomi users had received the Widevine L1 support. Now, about the MIUI 10 9.3.1, the Poco India General Manager, Manmohan Chandolu has confirmed about it on Twitter on March 2nd and he has also mentioned that the company is ready to receive the feedbacks. 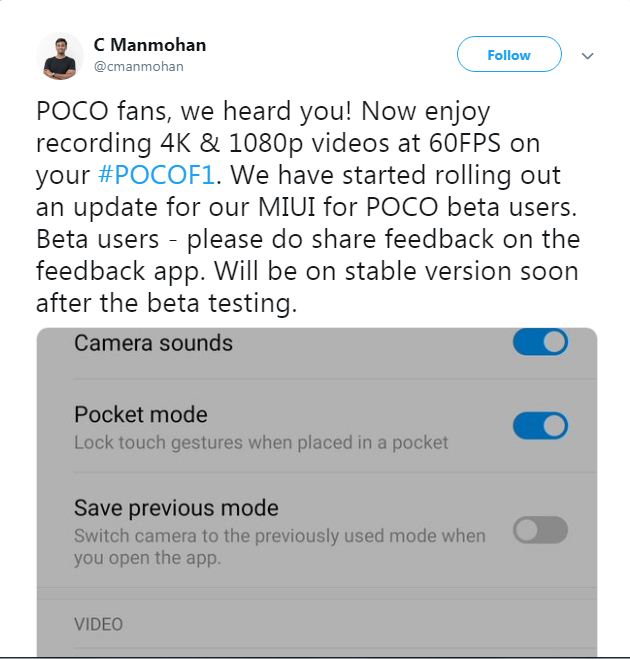 Talking about the Poco F1, it was launched in August last year and comes with quality features at an impressive price. It flaunts a 6.16-inch IPS LCD screen with a Full HD+ resolution (1,080 x 2,246 pixels), which adds intensity and sharpness to its contents. It also offers a screen to body ratio of 82.2% and an aspect ratio of 18.7:9.

In terms of performance, the smartphone runs on the latest MIUI 10 Android v9.0 (Pie) OS and is mounted on Snapdragon 845 processor, which is accompanied by an 8GB RAM that can handle all the applications.

As for the optics, the device arrives with a dual camera setup of 12MP and 5MP at the back along with a 20MP front-facing lens. Moreover, the handset carries a 4,000mAh battery that supports fast charging through the USB-C.