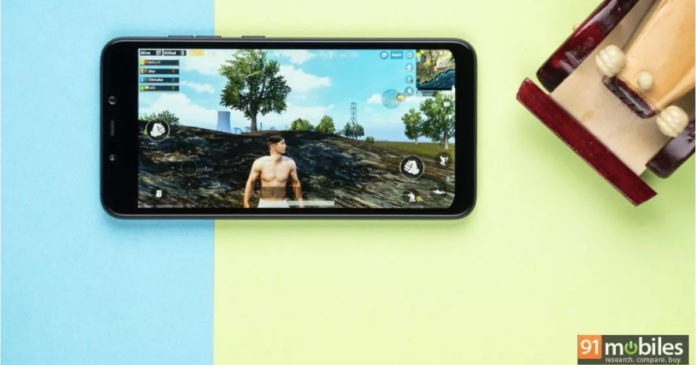 Late last month, Xiaomi launched a new feature for the POCO F1 (review) known as Game Turbo mode. This new feature was part of the previous MIUI 10 Global Beta ROM and improved the gaming performance on the phone. It is similar to the Game Speed Booster mode that was announced with the Mi 9 smartphone. The Game Turbo mode makes the best use of CPU/ GPU resources and provides a smooth gaming experience. Now, with the latest MIUI Global Beta ROM, Xiaomi has reportedly included a standalone Game Turbo app on the POCO F1.

The Game Turbo app is a system app and is separate than the Game Turbo mode. The new beta update also improves the Game Turbo mode, but the main new feature is the dedicated app. The app features yellow accent colours to match the POCO theme and its homepage shows all the supported game titles. Each game is represented by a card, which can be launched with just a tap.

When you launch a game using the Game Turbo app, you can do a lot of additional things when playing. The icon colours are yellow, instead of blue like on the Game Turbo mode. Players can perform actions such as take screenshot, clear memory, record screen, toggle WiFi, Data, Auto Brightness, DND, and more. All of these can be done within the game itself. Users can also launch and use apps such as File Manager, WhatsApp, etc. These apps will appear in a window inside the game.

The MIUI Global beta update also brought the Game Turbo mode to phones such as the Redmi Note 5 Pro, and the latest update brings improvements to this feature. There’s no change in the UI though, but the ability to open apps within the game is now available in the latest beta update. As of now, the Game Turbo app for POCO F1 both are only available in the MIUI Beta ROM, stable users will have to wait longer to get this feature on their phone. Till then, they can have fun with the Game Turbo mode on the stable version of the custom Xiaomi software.