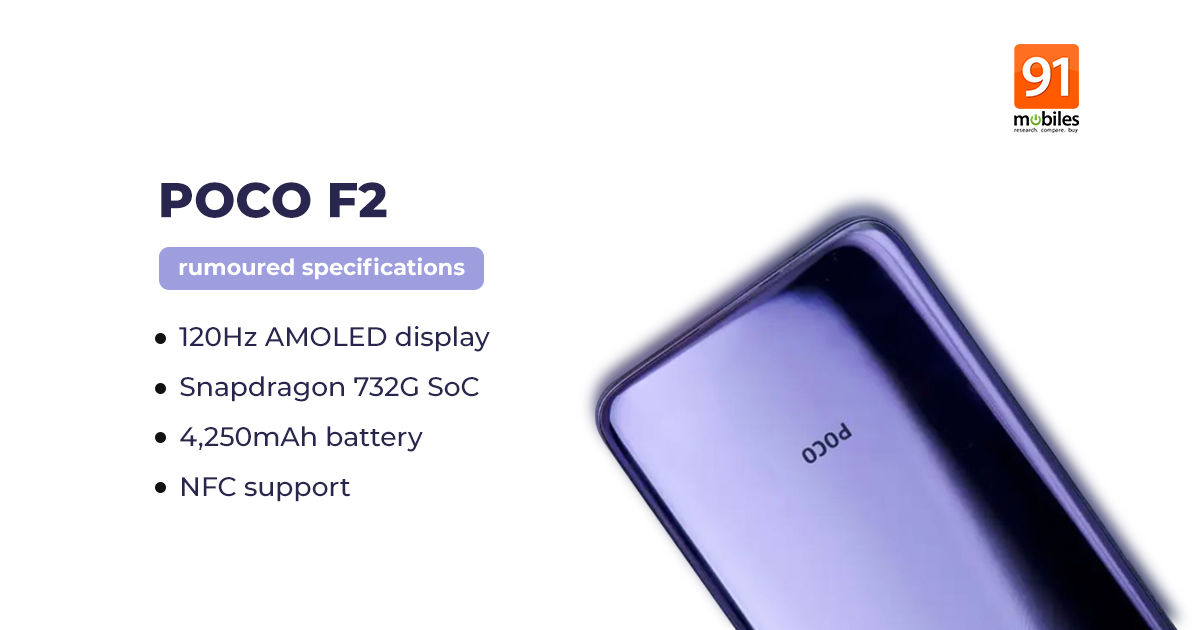 POCO F2 launch has been long overdue as its predecessor, the POCO F1, was introduced way back in 2018 and was a smash hit in its price segment. The company had already confirmed that a true POCO F1 successor was in the works but may take time to unveil it. However, it now looks like the brand is ready with the POCO F2 launch as it teased the name of the phone in a promotional video on Twitter. The short video runs down the list of POCO phones launched in 2020, including the POCO X2, POCO M2, POCO M2 Pro, POCO M3, POCO X3 and that the stage is set for 2021, where it aims to “take it to next level.” One of the shots has a mention of POCO F2, hinting at its imminent launch. Separately, POCO claimed it has sold over 1,000,000 phones in the entire 2020.

The stage is set! The fun has begun! Let us get ready to take it to the next level!

Excited? You should be, coz the next year is going to be even crazier.

While we enjoy, let us look back at everything we’ve achieved together! Thank you ❤️ pic.twitter.com/K0432jSj8B

While the POCO F2 specifications have not been revealed officially, rumours suggest it will be a mid-range smartphone instead of a flagship device. The POCO F2 reportedly bears the codename ‘courbet’ and model number K9A. The smartphone is said to come with the Qualcomm Snapdragon 732G SoC, 120Hz AMOLED display and a 4,250mAh battery with reverse charging support. Speculations are rife that it will sport a quad-camera setup, with a wide-angle lens, ultra-wide sensor, macro and depth sensor. The global model is said to come with NFC support. Since these POCO F2 specs come from unverified sources, we suggest you take them with a pinch of salt.

While we wait for the POCO F2 launch, the company may bring the POCO M3 to India soon. The smartphone’s Indian variant was spotted at the TUV Rheinland certification website last month, which suggested its imminent launch in India. The smartphone is expected to release in India with a price tag around Rs 11,000. We expect to learn about the POCO M3 and POCO F2 launches in the days to come.