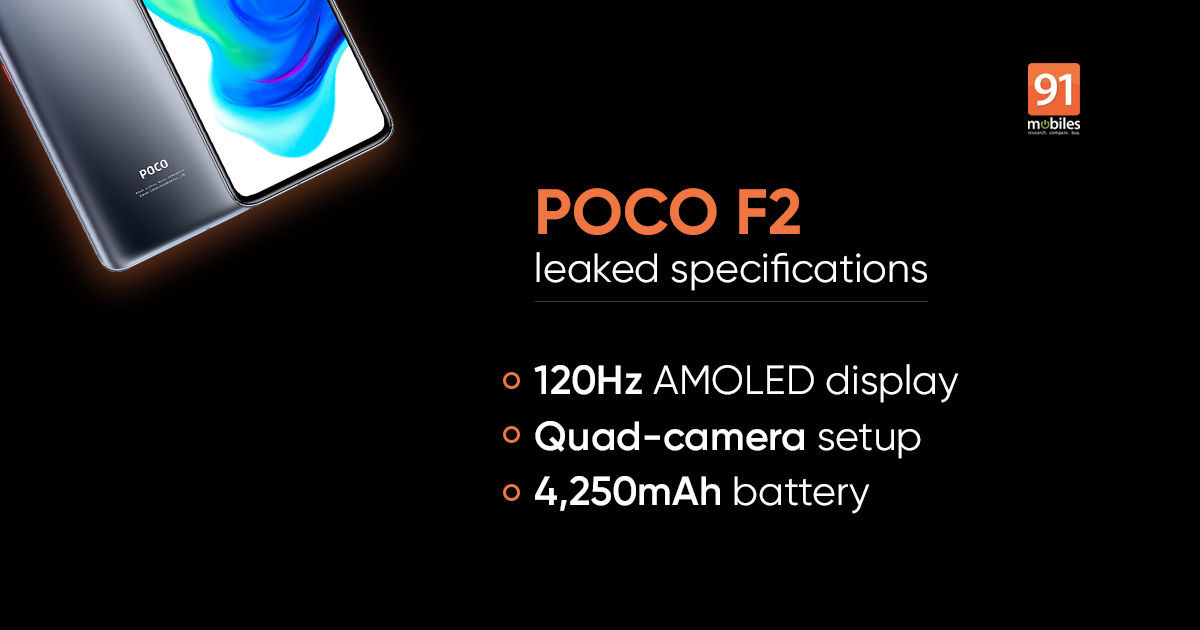 POCO F2 launch may finally happen in 2021 as there have been reports in the past that the POCO F1 successor is in the works. The company had previously revealed that the POCO F2 Pro would not launch in India and that a true successor to the POCO F1 was in development. POCO F2 specifications are still under wraps, but a leak earlier this month suggested that the smartphone will come with the mid-range Snapdragon 732G chipset. Anuj Sharma, Country Director, POCO India has told tipster Mukul Sharma in an interview that the upcoming POCO F-series phone will not come with the rumoured Snapdragon 732G.

POCO F2 will not use Snapdragon 732G SoC

Anuj Sharma clarifies that the Snapdragon 732G is a mid-range chipset that has been used in the POCO X3 already. Since the F series is a step above the X series, Sharma suggests that the POCO F2 will come with a more powerful, perhaps a flagship-level, chipset. This would make sense considering the POCO F1 used the 2018 flagship Snapdragon 845 SoC. While the POCO India head did not reveal the actual chipset being used, we can speculate that it may be the Snapdragon 865 or the newer Snapdragon 888 SoC.

Other POCO F2 specifications tipped so far include a 120Hz AMOLED display, a 4,250mAh battery, and a quad-camera system. However, it would be wise to take this with a pinch of salt considering POCO India’s Anuj Sharma has already dismissed the Snapdragon 732G chipset rumours. POCO F2 launch date is yet to be revealed, but it seems the phone is on course to launch in India later this year.

In addition to the POCO F2, Anuj Sharma also revealed earlier this month that the company is still working on the POCO Pop Budz truly wireless earphones. The TWS earbuds were first expected to launch in early 2020, but the company wasn’t satisfied with the first two versions. It is now testing a third version of the audio product and we may see it launch later this year. The company also seems to be working on a POCO M3 Pro model, but there is no word on when this smartphone will be released in India.