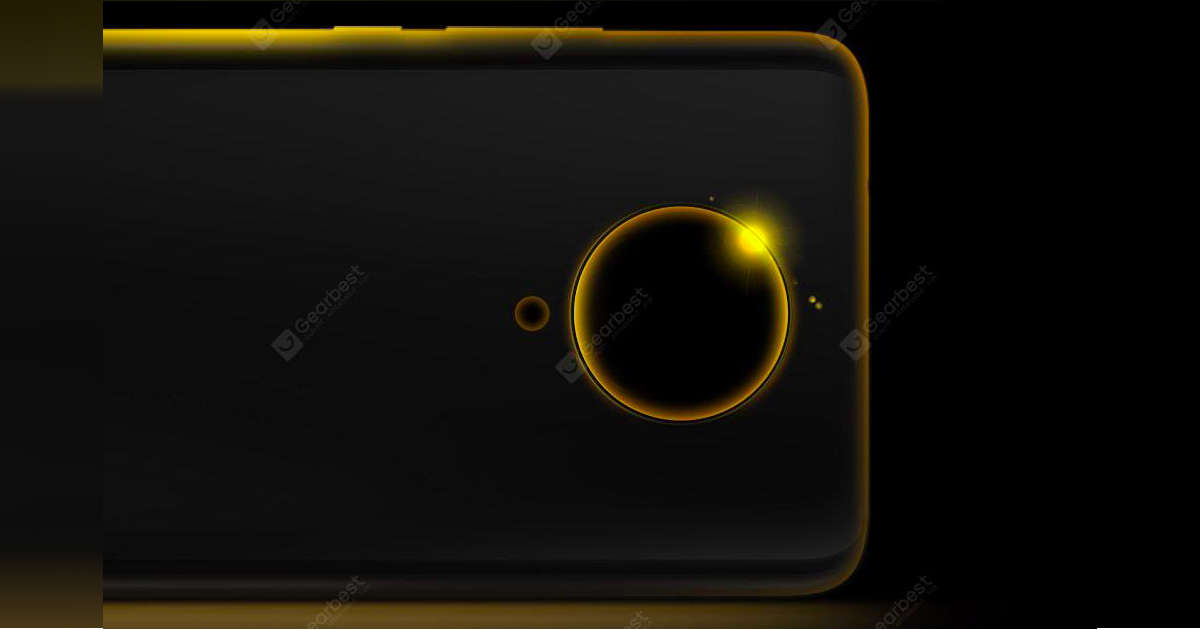 POCO F2 Pro is set to launch globally on May 12th at an event in Spain, where the vanilla F2 could also tag along if the recent 30W fast-charging certification is anything to go by. While the F2’s existence remains officially unconfirmed, the Pro model’s moniker was recently confirmed through a teaser image. Now, in another marketing image, the brand has confirmed the POCO F2 Pro will have Liquid Cooling 2.0 tech to dissipate heat during gaming sessions. However, not much else has been revealed in the poster image. The phone is expected to ship with flagship internals such as the Snapdragon 865 SoC, 5G connectivity, and a full-screen display thanks to the pop-up selfie camera. Speculations are rife that the POCO F2 Pro could be a rebrand of the Redmi K30 Pro that was launched in China back in March. 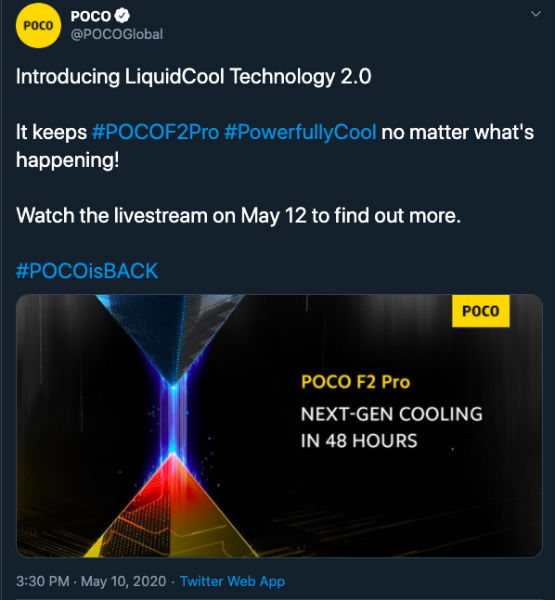 If POCO F2 Pro is indeed a rebrand of the K30 Pro, it is expected to ship with 64MP quad-camera setup, an LED flash, an in-display fingerprint sensor for security, and a 4,700mAh battery and 33W fast charging support. It is likely to boot Android 10 OS with MIUI 11 custom skin on top and should get the MIUI 12 update shortly. It could have an AMOLED display but with the standard 60Hz refresh rate. The Gearbest listing of the phone suggested it’ll be available in two variants: 6GB + 128GB and 8GB + 256GB internal storage.

Last week, 91mobiles exclusively revealed the POCO F2 Pro price will be EUR 570 for the 128GB storage model, which roughly translates to Rs 47,000; however, the India pricing should be lower than that. The smartphone will be available in four colour options: White, Purple, Grey, and Blue. Since the launch is just a day away from now, we should know more information very soon. Stick around.