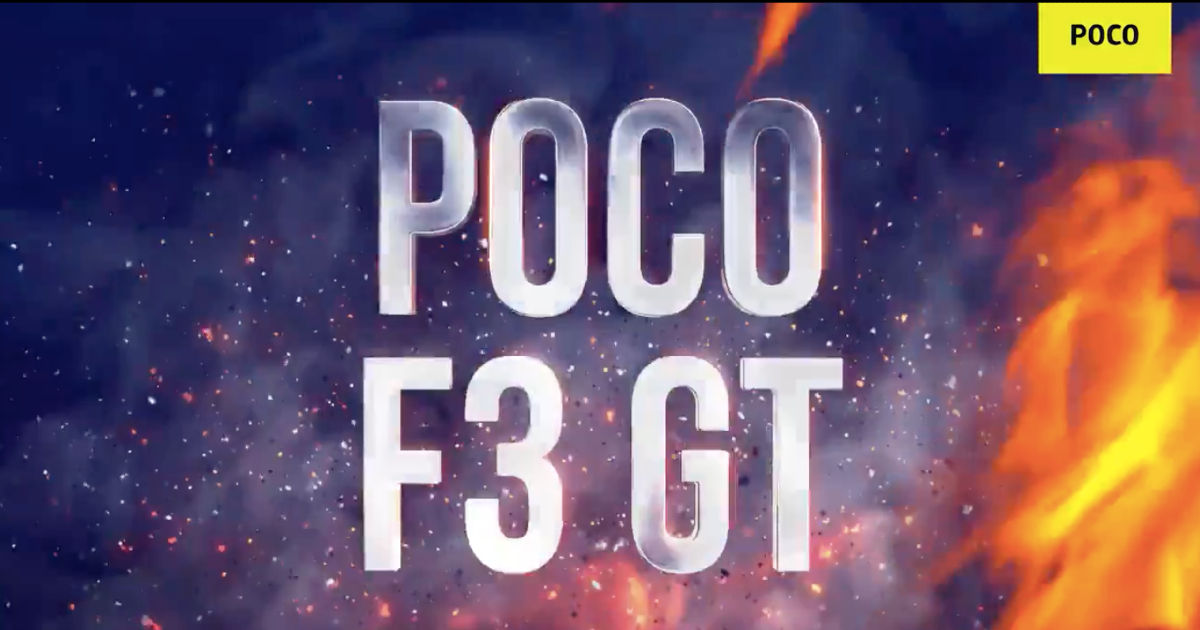 POCO F3 GT India launch has been officially teased by the company on Twitter. The handset is set to arrive in Q3 2021 (between July-September) and is confirmed to be powered by the MediaTek Dimensity 1200 SoC. POCO F3 GT launch date hasn’t been revealed yet, but we can expect the company to tease its features in the weeks leading up to the launch. Speculations are rife the POCO F3 GT could be a rebrand of the Redmi K40 Game Enhanced edition that was launched in China back in April as a gaming phone. The Redmi phone comes with a 6.67-inch OLED display, 67W fast-charging support, 64MP primary camera, and is equipped with shoulder buttons that function as gaming triggers.

"Locked & loaded, finger on the triggers" The next F is closer than ever.

If POCO F3 GT is indeed a rebrand of the Redmi K40 Game Enhanced edition, we already know its specifications. The handset flaunts a 6.67-inch OLED display with a 120Hz refresh rate, 480Hz touch sampling rate, HDR10+, 1.8mm bezels on three sides, and punch-hole cutout for the selfie snapper. It is powered by the MediaTek Dimensity 1200 SoC coupled with up to 12GB RAM and 256GB storage that is further expandable via a microSD card. The phone packs a 5,065mAh battery with 67W fast-charging support and boots Android 11-based MIUI 12 custom skin out of the box.

The POCO F3 GT aka Redmi K40 Game Enhanced Edition has a triple camera setup at the back, with a 64MP primary sensor, an 8MP wide-angle lens, and a 2MP macro lens. There is a 16MP camera on the front for selfies and video chats and a side-mounted fingerprint sensor for security. Connectivity features include 5G, 4G LTE, Wi-Fi 6, Bluetooth 5.1, GPS, and USB Type-C for charging and data transfer. The phone feature a pulsating ambient light built around the camera module and can switch between different colours. It also serves as a notification LED for calls, messages, and charging.

While we wait for the POCO F3 GT launch, you can check out more news about the other upcoming smartphones as well as popular product recommendations on our Facebook, Twitter, and Instagram pages and head to our YouTube channel for the latest videos.
ShareTweetShare