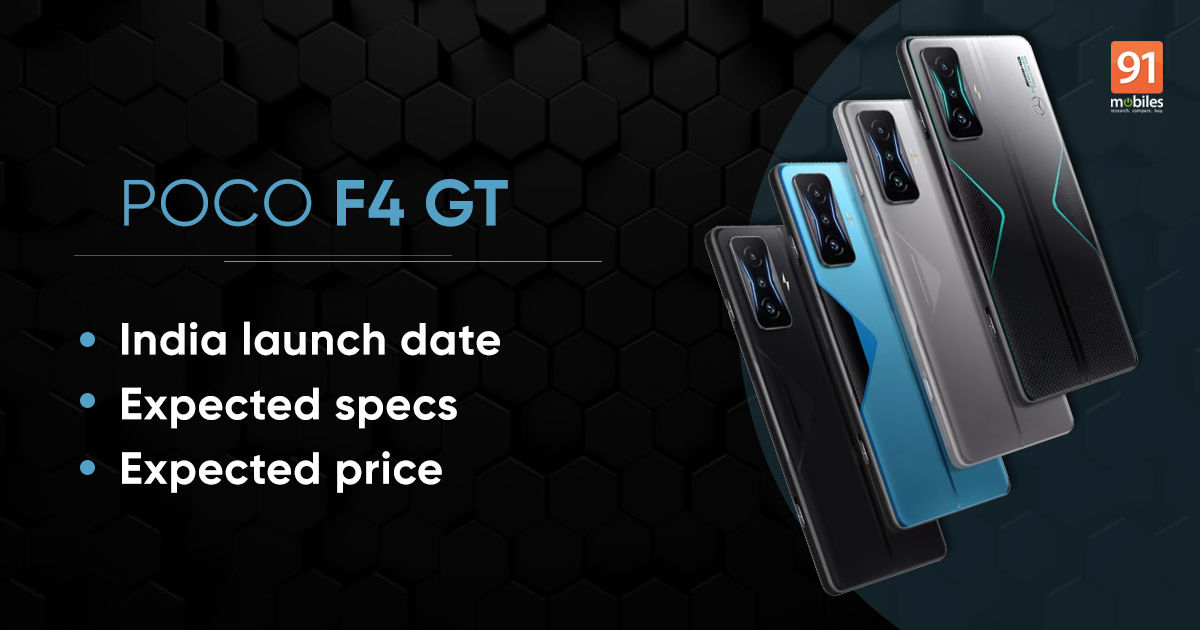 POCO F4 GT launch date has been officially revealed by the company. The handset will arrive as a successor to the POCO F3 GT. This announcement comes after the phone had appeared online on multiple certifications. The flagship is scheduled to launch on April 26th at 20:00 GMT+8 (5:30 PM IST). Much like its predecessor, the POCO F4 GT could come as a gaming offering and a unique design. Besides confirming the launch date, the company hasn’t revealed much about the phone just yet.

POCO F4 GT has been spotted on FCC, IMEI, EEC and TUV certification websites with the model number 21121210G. The device is believed to be a rebrand of the Redmi K50 gaming edition, similar to the POCO F3 GT that was a rebadge of Redmi K40 Gaming.

The biggest POCO launch of 2022 is coming!

Bringing you #TheapexofPOWER, and more!

Considering the POCO F4 GT is indeed a rebrand of the Redmi K50G (gaming), we already know its specifications. It is expected to sport a 6.67-inch FHD+ AMOLED display with 2400 x 1080 pixels, 20:9 aspect ratio, HDR10+, MEMC, a 120Hz refresh rate, and Corning Gorilla Glass Victus protection.

The POCO F4 GT is powered by the Qualcomm Snapdragon 8 Gen1 chipset paired with Adreno next-gen GPU. It packs up to 12GB LPDDR5 RAM and 256GB UFS 3.1 storage that may not be expandable. The phone runs on Android 12 based MIUI 13 custom skin out of the box.

Moving to optics, the POCO F4 GT has triple cameras sensors on the back, with a 64MP primary Sony IMX686 sensor with f/1.65 aperture, an LED flash, an 8MP ultra-wide-angle lens with f/2.2 aperture and a 119-degree FoV, and a 2MP telemacro camera with f/2.4 aperture. There is a 20MP Sony IMX596 snapper on the front for selfies and video chats.