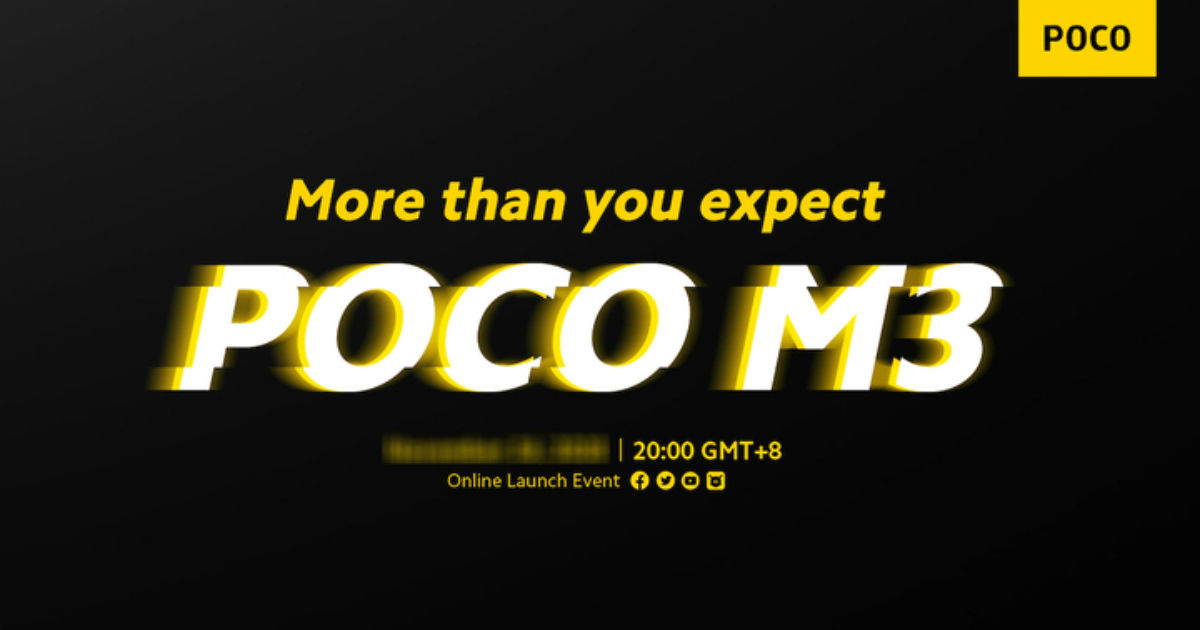 POCO M3 launch date has been announced and the phone is set to arrive as early as next week. The company has revealed that the next POCO phone will launch globally on November 24th through an online live event. POCO M3 price and specifications should be revealed during the launch event, but we may know something already based on a recent Geekbench listing of a mysterious Xiaomi device. The phone will succeed the POCO M2 and the company is promoting the handset with “more than you expect” tagline but hasn’t revealed much about it at the moment. This is in line with an earlier report that said a mid-range POCO phone will soon debut globally. Here’s what we know about the POCO M3 specifications. 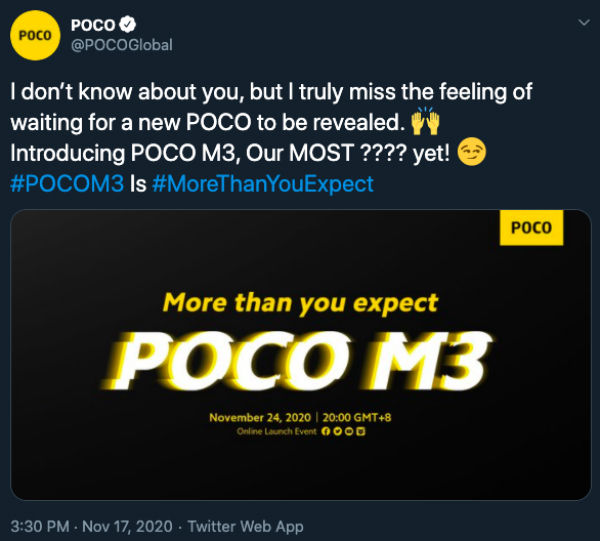 A new POCO phone with the model number M2010J19CG had appeared on Geekbench earlier this week. We speculate that it could be the POCO M3 given the lower mid-range specifications on offer. The device is also expected to be a rebrand of the upcoming Redmi Note 10 4G. The POCO M3 may sport a 6.53-inch FHD+ display and be powered by the Snapdragon 662 SoC paired with 4GB RAM, but there could other models as well. It is likely to boot Android 10 OS, presumably with MIUI custom skin. As for the cameras, the POCO handset is said to have  48MP triple rear cameras and an 8MP selfie camera.

The POCO M2010J19CG is said to measure 162.29 x 77.24 x 9.6mm and weigh 196 grams. Connectivity features could include 4G LTE, dual-band Wi-Fi, Bluetooth, GPS and USB Type-C port with fast-charging support. A massive 6,000mAh battery with 22.5W charging support is said to fuel the phone. Unfortunately, not much else is known about the phone at the moment but we won’t have to wait much longer for the device to go official.