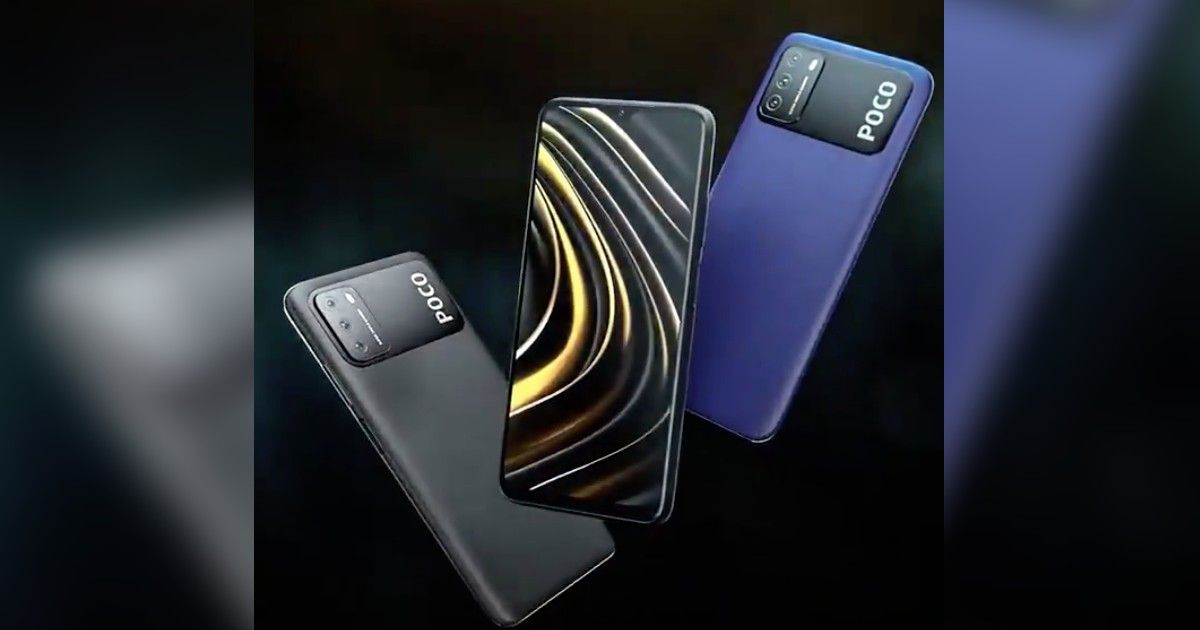 POCO M3 launch is set for November 24th in Europe and we have already heard a lot about the smartphone courtesy a render from 91mobiles and leaked specifications. Now, the company has taken it upon themselves to officially confirm a few details about the device, including the display, battery, and chipset. POCO M3 specifications include the Snapdragon 662 processor, a large 6,000mAh battery, and a 6.53-inch display. POCO has also revealed the design, which is in line with our render. The smartphone will debut with a waterdrop notch and a textured rear panel with a rather large and unique rectangular block that houses a triple-camera setup with LED flash and POCO branding. All eyes are now on POCO M3 price, which will be announced during the launch event tomorrow.

POCO M3 will sport a near bezel-less 6.53-inch display with an FHD+ resolution and a waterdrop notch atop for the selfie camera. The Snapdragon 662 SoC under the hood is likely to be paired with at least 4GB RAM, while the 6,000mAh battery will reportedly be backed by 18W fast charging support. Software-wise, the POCO M3 may run Android 10-based MIUI 12 with the POCO Launcher out of the box. In optics, the POCO M3 will employ triple rear cameras, comprising a 48MP primary sensor. Details about the remaining camera sensors and storage options remain a mystery at the moment.

POCO M3 is expected to come in three colour options – black, blue, and yellow. There is no word on the POCO M3 launch in India yet, but the device is expected to release in Asian markets as it has already received the SIRIM certification in Malaysia.