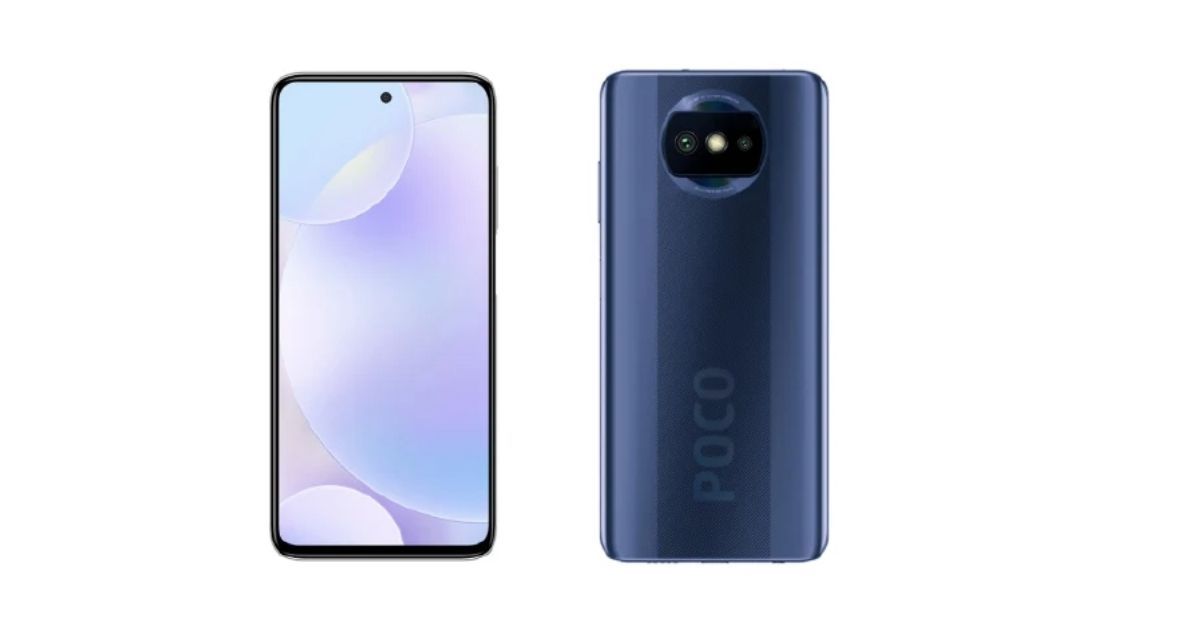 We are just hours away from the POCO X3 NFC launch and it seems POCO is already working on a brand new phone. A render of a mysterious POCO phone has surfaced on the Internet. While it has a design somewhat similar to the POCO X3 NFC, it seems to be a more affordable variant. The POCO X3 comes with a quad-camera in a rectangular module on the back. The render shows a similar rear camera design, but with just two camera sensors. Tipster Digital Chat Station leaked the render of the unreleased phone and shared that it will feature 48MP dual cameras, which should make it more affordable than the POCO X3 NFC, which is set to launch with 64MP quad cameras.

As you can see in the leaked render, the unnamed phone from POCO doesn’t seem to have a fingerprint sensor at the back. This could suggest a side-mounted fingerprint sensor. The brand could have opted to depend entirely on face unlock functionality as well, depending on how affordable this phone is. However, as we advise with all leaks, take this with a pinch of salt as well. Whatever the case may be, it is interesting that the brand is going aggressive with the phone launches. Apart from the POCO X3 NFC launching later today, POCO is also set to launch its POCO M2 smartphone in India tomorrow. The POCO M2 is expected to be the cheapest phone from the brand yet.

As far as POCO X3 NFC is concerned, we already have some confirmed specs with us. The phone will pack a 64MP quad-camera setup in an X-shaped layout at the back. The handset has been confirmed to be powered by the Snapdragon 732G. The POCO X3 NFC is also set to launch with a 120Hz refresh rate, but as of now, we are not sure whether it would feature an AMOLED or LCD panel.