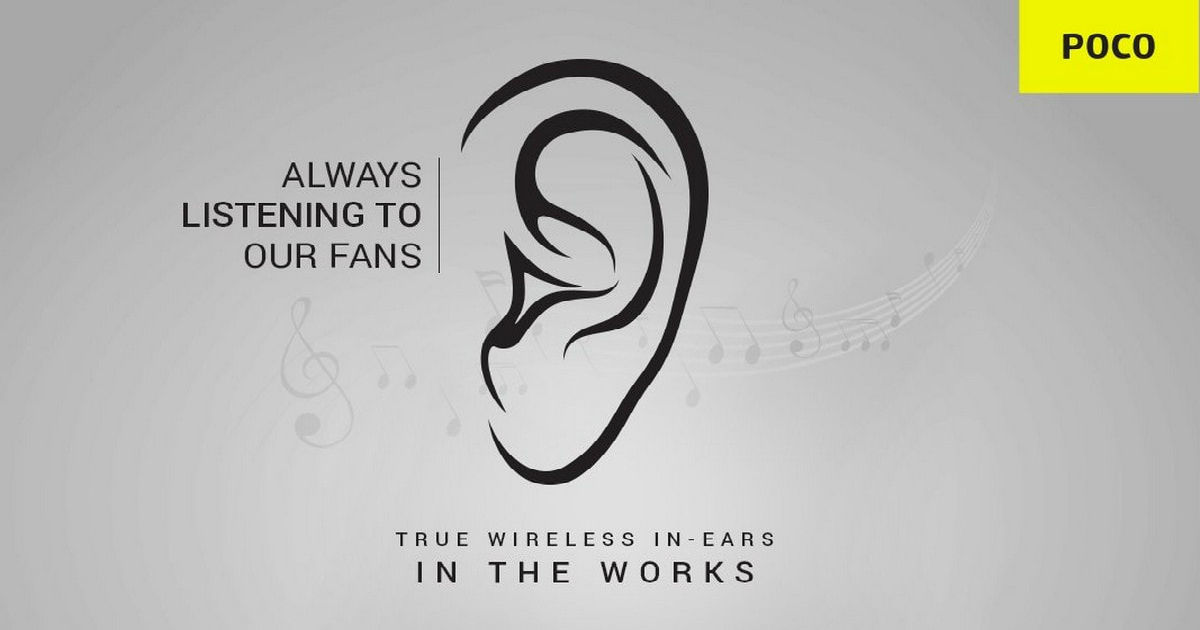 POCO M3 Pro India launch, Pop Budz TWS earbuds, POCO F2 development, and more were revealed during the latest #POCOAMA Q&A session video on YouTube by Anuj Sharma, the brand’s Country Director. The POCO Pop Budz earbuds were confirmed to be in the works by the company back in April 2020. However, they’re yet to see light in the day as the company hasn’t made any announcement so far. Now, the top executive has said the TWS earbuds are still in the works and will be a while before they’re officially launched. He said the company had worked on two versions of the earbuds last year, and that a third version is being tested right now with new drivers, different design, sound signature, and how well it fits in the ears. This suggests that POCO wasn’t entirely satisfied with the first two versions so it had to change the internals.

Anuj says that POCO wants to finetune the earbuds for Indian audience taste and also account for factors such as heat and cold weather. Furthermore, once the TWS earbuds are finalised with regards to design and internal hardware, the certification process will be initiated as it is mandatory for them to launch in the country.

Furthermore, when asked about POCO M3 Pro, the successor to POCO M2 Pro, India launch, Sharma suggested the phone may be unveiled in the country but said he can’t disclose more about it just yet as the product isn’t completely locked in yet and that the company is looking into a few external variables at the moment.

Talking about ‘Thank You F2’ mention in the company’s latest promotional video on Twitter, Anuj says it’s actually a video game reference where ‘F’ stands for respect and that it’s just a tease from the brand’s social media team for all the “support in 2020.” When asked about speculations suggesting the POCO F2 will launch with Snapdragon 732G SoC, Anuj said the brand will talk more about it sometime this week.

Concluding the YouTube video, the executive has said POCO India will share some news on Monday i.e today but hasn’t mentioned if it’ll be regarding a product launch or something else. Obviously, we’ll be on the lookout for an announcement. Stick around.