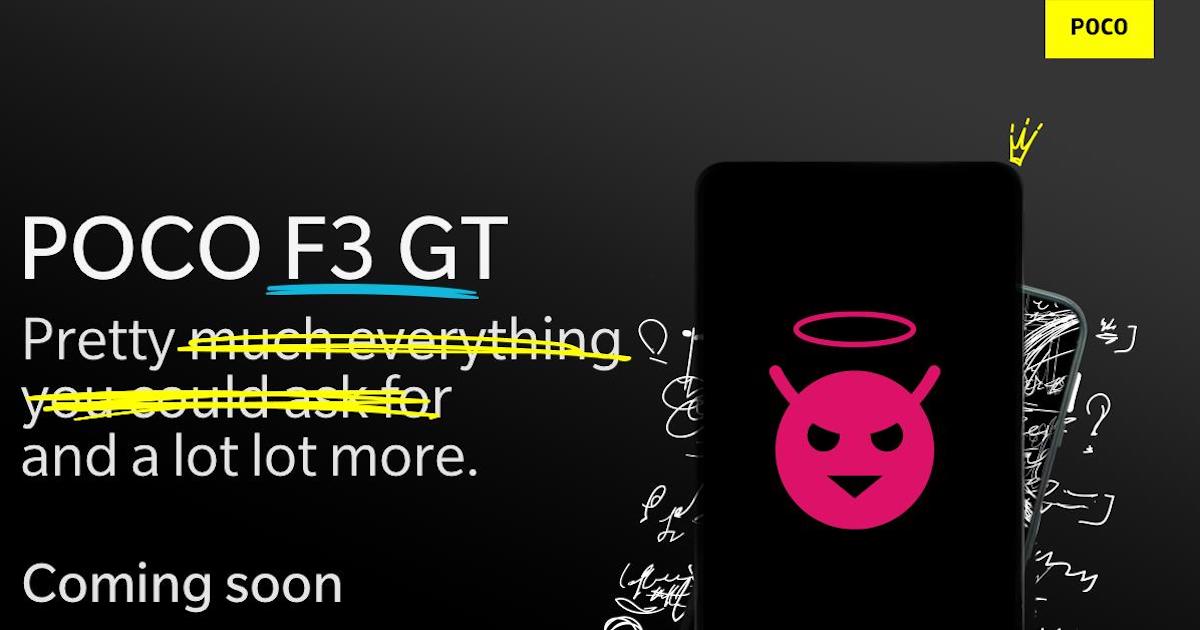 POCO is back again trolling yet another smartphone brand. This time, the brand is taking a dig at OnePlus as the latter is set to launch the OnePlus Nord 2 in India on July 22nd. POCO is also gearing up to launch the POCO F3 GT in the country and the brand is pulling no punches in claiming that the upcoming POCO phone is better than the Nord 2. In a tweet posted on Thursday, POCO says the POCO F3 GT is “not your N-ordinary phone,” which is a clear dig at OnePlus. If that wasn’t enough, the accompanying image takes OnePlus’ ad that reads “ everything you could ask for” and turns it into “pretty and more.”

It looks like the POCO F3 GT will be taking on the OnePlus Nord 2 in India, allowing POCO to get some jabs in before the latter arrives on July 22nd. After all, both the devices will be coming with the MediaTek Dimensity 1200 chipset, which means they may be priced similarly as well. To recall, the POCO F3 GT is said to be a rebranded Redmi K40 Enhanced Edition. The phone is expected to come with the Dimensity 1200 SoC, 120Hz AMOLED display, 64MP triple cameras, and 67W fast charging.

As for the OnePlus Nord 2 5G, the company has so far confirmed the Dimensity 1200 chipset only. However, we exclusively revealed other key specs of the phone last month. The Nord 2 will feature an FHD+ AMOLED display with a 90Hz refresh rate and a 50MP triple cameras. The phone is expected to house a 4,500mAh battery and supports either 30W or 65W fast charging.

This isn’t the first time POCO is taking a swing at a rival brand. The brand trolled Realme last year for offering 5G on phones as POCO believed India did not need the feature at the time. POCO also called the Realme X3 SuperZoom “creepy” for offering 60x zoom and asked buyers to go for the POCO X2 instead. We will just have to wait and see if the upcoming POCO F3 GT is really better than the OnePlus Nord 2 or not.