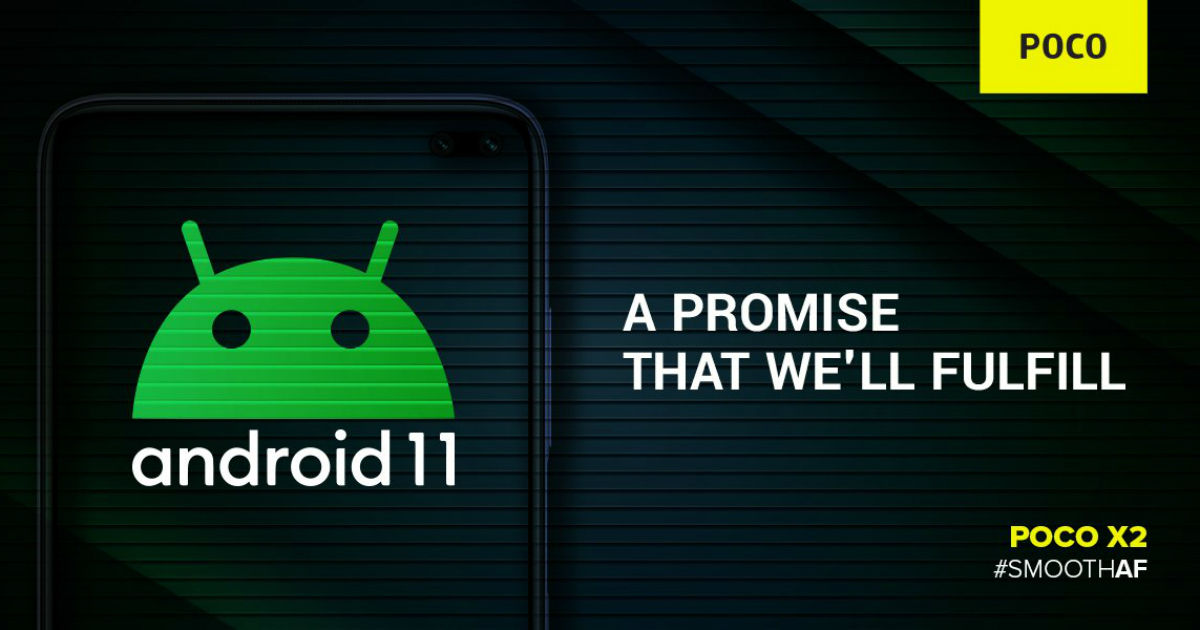 “The POCO X2 Android 11 update has been confirmed by the brand, but no timeline has been provided as of now”

The POCO X2 Android 11 upgrade has been confirmed for the Indian market by the brand’s head C Manmohan. In a tweet, the brand’s General Manager C Manmohan in tweet said the POCO X2 will be getting the Android 11 update; however, no timeline has been provided for the same yet. Additionally, the company is also mum on the POCO F1 Android 11 update. Nonetheless, it’s still early days as Android 11 Developer Preview was released just last week and the official rollout isn’t expected for a few months so there’s still time for more details on this matter.

The Android 11 Developer Preview will bring improved gesture navigations, a revamped notifications log, native reverse wireless charging, notifications bubbles for more messaging apps, better app permissions, screen recording etc. These are among the features found in the developer build, but we can look forward to more upgrades at the Google I/O 2020 in May.

POCO X2 was launched in India last month as the rebranded version of the Redmi K30 4G from China. It runs MIUI 11 based on Android 10 at the moment. The smartphone is the most affordable 120Hz phone in the country and comes with a 6.67-inch FHD+ punch-hole display. Powered by the Snapdragon 730G SoC, it comes in 6GB + 64GB, 6GB + 128GB, and 8GB + 256GB variants, with storage expansion support up to 512GB.