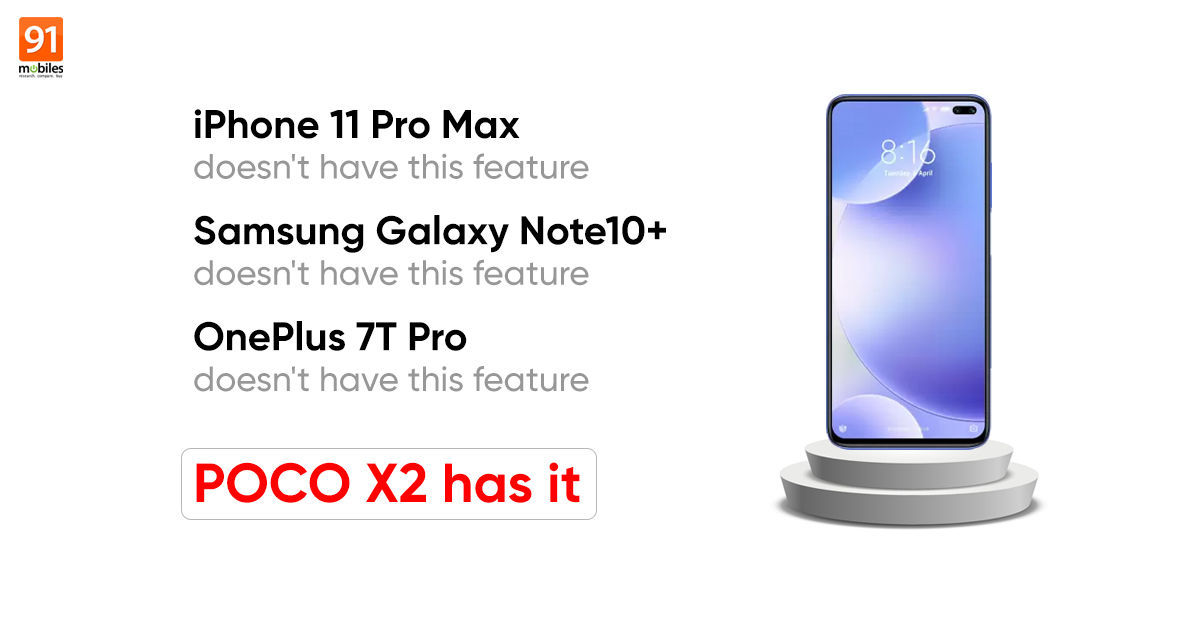 After hibernating for over a year, POCO announced its second-ever smartphone called POCO X2 (review) in India last week. The handset is an Android-powered mid-range offering with Qualcomm Snapdragon 700-series chipset ticking at its core. The POCO X2 might not have offered a watershed moment as powerful as the POCO F1 from 2018 in terms of brute power, but it packs a feature that is not even available yet on Samsung or Apple flagships. The phone ships with a 6.67-inch Full-HD+ LCD punch-hole display that bears an astounding 120Hz refresh rate. This refresh rate, which so far has only been introduced by a handful of OEMs, is the highest in any smartphone priced under not just Rs 20,000, not even Rs 30,000, but also below Rs 35,000. 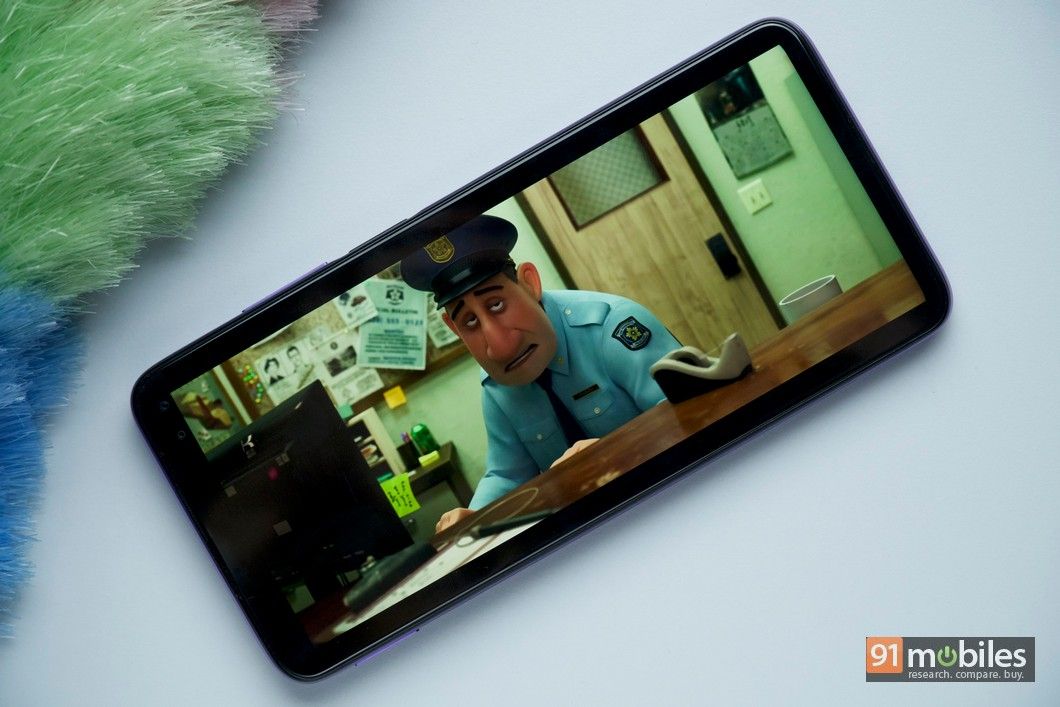 As you may have seen with 90Hz OnePlus phones, high refresh rate improves the overall user experience with fluid animation and smoother scrolling. The POCO X2 with 120Hz display will take that experience to the next level. The refresh rate refers to the speed at which the image is redrawn on the screen. Say, for example, a phone with 90Hz display will render images 90 times per second, while the 120Hz refresh rate will display the same image 120 times per second. Higher refresh rates have less motion blur and better image quality. The difference is noticeable when playing high-intensity games such as PUBG, Asphalt 9, and Mortal Kombat.

On the downside, however, displays with high refresh rate consume more battery. OEMs are trying to counter that by packing phones a large battery cell and adding an option to change between 60 and 120Hz refresh rate.

Other phones with 120Hz display

Apart from POCO X2, ASUS ROG Phone 2 (review) is another offering in India that comes with a 120Hz refresh rate. The latter is an affordable flagship offering, with slightly better specs compared to the X2. For starters, the ASUS ROG Phone 2 packs a 6.59-inch FHD+ AMOLED display and the mighty Snapdragon 855 Plus chipset ticking at its core. The phone comes with up to 12GB of RAM + 512GB storage, 6,000mAh battery with 30-watt quick charging support, and 48MP dual rear cameras. The ASUS ROG Phone 2 price in India starts at Rs 37,999. 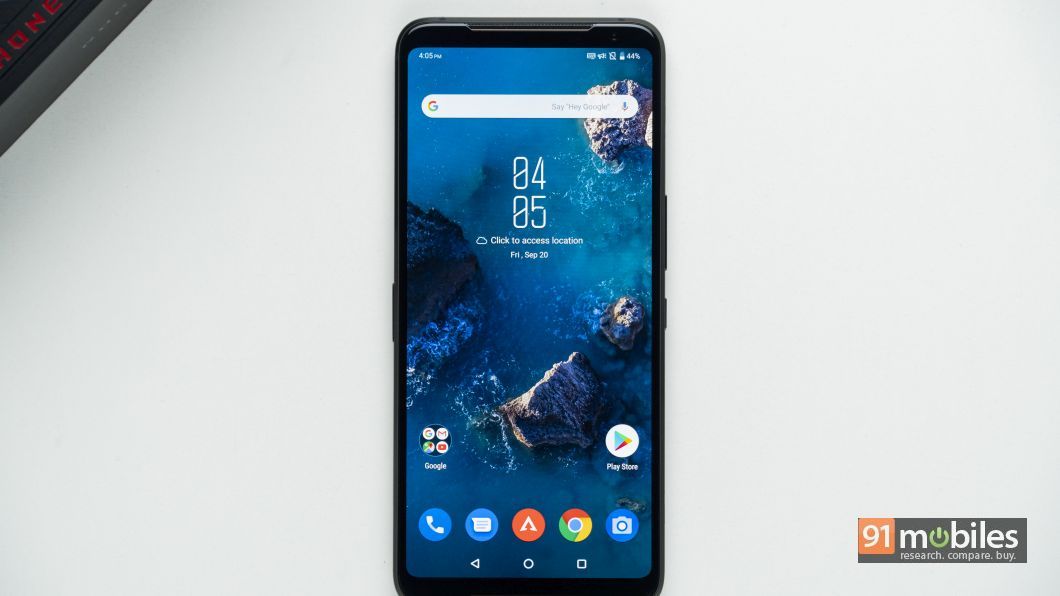 In addition to that, there is the original Razer Phone, Razer Phone 2, and Sharp Aquos R3 smartphones with 120Hz refresh rate. However, they’re not available in India yet.

The list, meanwhile, is expected to be updated with Samsung Galaxy S20 series and OnePlus 8 series soon. The Galaxy S20 series is slated to launch on February 11th, while OnePlus next-gen flagship may debut as early as in Q2 2020. OPPO Find X2 series, which is scheduled to launch on February 24th, is another offering that could come with 120Hz display.

Apple’s upcoming iPhone 12 series may also feature 120Hz display, but the lineup is not expected to launch until later this fall. Now, that Xiaomi’s spin-off brand POCO has introduced 120Hz phone, we may expect Realme to join the bandwagon as well (fingers crossed!).

Having said that, POCO X2 is likely to remain the most-affordable smartphone with a 120Hz display for quite some time. The handset has been priced in India at Rs 15,999 for the base 6GB RAM + 64GB storage variant. The POCO X2 6GB RAM + 128GB and 8GB RAM + 256GB storage options have been priced at Rs 16,999 and Rs 19,999, respectively. Brands will be hard pressed to offer such a high refresh rate at a price point this low.

The POCO X2 is powered by Snapdragon 730G chipset, paired with a 4,500mAh battery with 27W fast charging support. The handset runs Android 10-based MIUI 11 out of the box and sports 64MP Sony IMX684 quad-rear camera setup. The front camera of the phone gets 20MP + 2MP shooters on the front. The POCO X2 has a side-mounted fingerprint scanner for security, while connectivity options include Dual 4G VoLTE, WiFi 802.11 ac (2.4GHz + 5GHz), Bluetooth 5, Dual-frequency, GPS/GLONASS/Beidou, NFC, USB Type-C, and IR blaster.