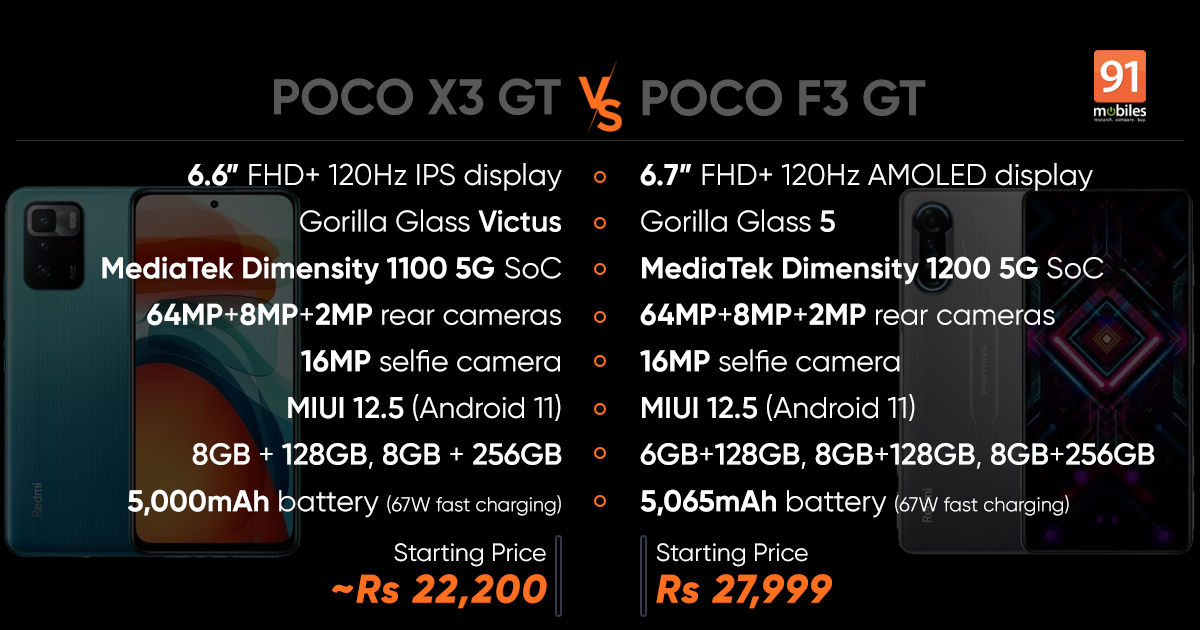 In this week’s episode of ‘smartphones with shockingly similar names that only confuse users,’ we’ll be taking a look at how the recently-launched POCO F3 GT fares against the POCO X3 GT. The former is a gaming smartphone modelled after the Redmi K40 Gaming Edition, while the latter is the Redmi Note 10 Pro 5G (Chinese variant) with POCO branding slapped on top of it. Unfortunately, we just learned that the POCO X3 GT will not be launched in India. Nonetheless, we can still compare how it holds up against the POCO F3 GT, which is clearly targeted at the gaming audience.

As mentioned earlier, the POCO X3 GT will not hit Indian shores. Globally, it will set you back by USD 200 (approx. Rs 22,200) for the base variant with 8GB of RAM and 128GB of storage. On the other hand, the POCO F3 GT price in India for 6GB+128GB is Rs 26,999. While the price difference is significant, the POCO F3 GT’s remarkably better specifications more than make up for it. 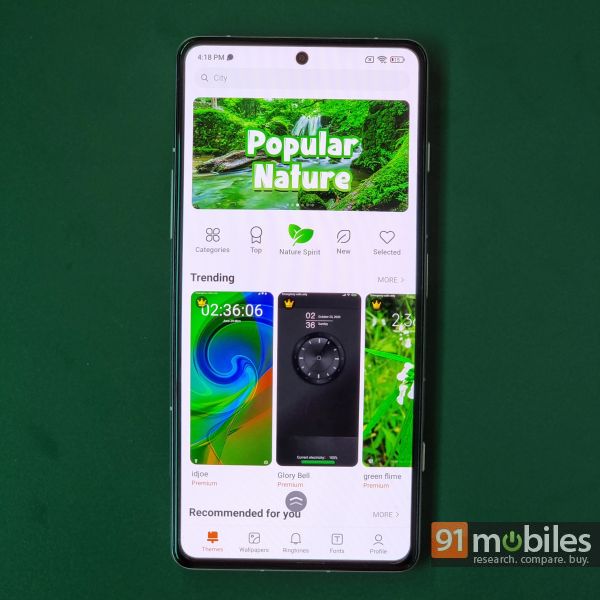 The POCO F3 GT wins right off the bat, thanks to its vastly superior 6.6-inch AMOLED panel. It has a refresh rate of 120Hz, supports HDR10+ content, and has a typical brightness of 500 nits. On the other hand, the POCO X3 GT settles for an IPS LCD panel with the same refresh rate, but there’s no HDR10+ support. The X3 GT, however, is protected by a layer of Corning Gorilla Glass Victus, which is tougher and more durable than the Gorilla Glass 5 on the F3 GT.

Looks-wise, the POCO F3 GT has a more gamer-y aesthetic to it. Its rear camera array is arranged vertically and the POCO branding is prominently highlighted on the chassis. The POCO X3 GT tones things down a little and uses a square-shaped camera module and a ridged plastic back. The POCO branding is pushed towards the bottom, too. Lastly, the POCO F3 GT has dedicated Maglev gaming triggers, something that is missing on the X3 GT. 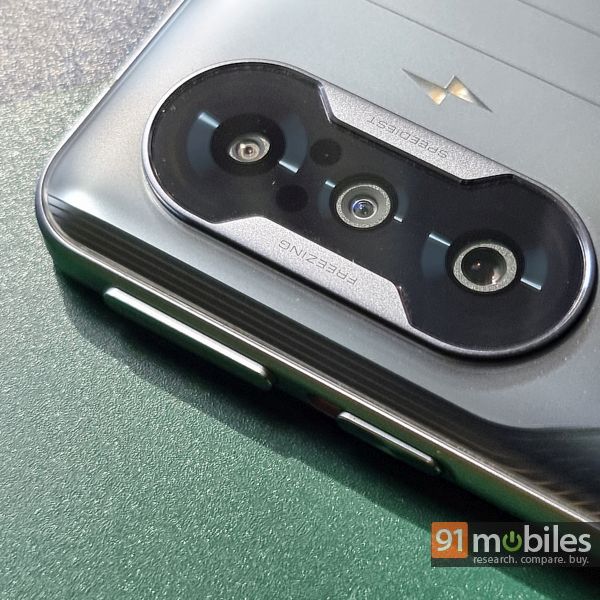 There isn’t much to compare here, given that both the POCO X3 GT and POCO F3 GT pack nearly identical cameras. Both smartphones have a 64MP primary camera accompanied by an 8MP ultra-wide-angle lens and a 2MP macro shooter. Even the 16MP selfie camera is reused across both smartphones. Usually, the camera app and software optimization set identical camera setups apart across OEMs, but in this case, both phones run the same Android fork, so even that isn’t a factor.

Both the POCO X3 GT and POCO F3 GT use MediaTek’s top-of-the-line Dimensity 1000 series chipsets. However, the latter uses the Dimensity 1200, which has a prime Cortex-A78 core clocked at 3.0GHz alongside three other Cortex-A78 cores and four Cortex-A55 cores. The POCO X3 GT uses a Dimensity 1100, which has a similar configuration sans the ‘prime’ Cortex-A78 cores. Therefore the POCO F3 GT should have the slight upper hand when it comes to single-core tasks such as mobile gaming. Multi-core performance should be mostly identical across the board. Graphics performance should be nearly the same too, given that both chipsets use an Arm Mali-G77 MC9 GPU.

Based on the above comparison, we can reasonably conclude that the POCO F3 GT is clearly the better device here. That being said, the POCO X3 GT is no slouch, either. It would have been nice if POCO sold it in India, as it would have let customers have the quintessential POCO F3 GT experience at a slightly lesser price tag.