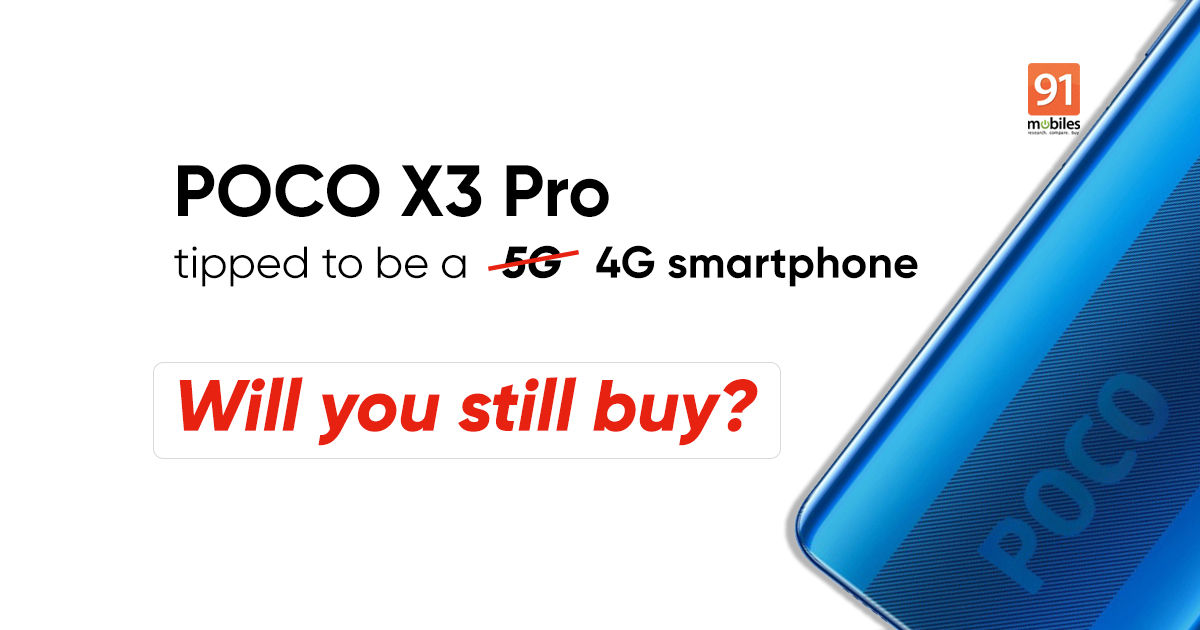 POCO X3 PRO launch date in India is yet to be officially announced, but a new tip tells us when we can expect the phone to arrive. Tipster Debayan Roy has tweeted that the POCO X3 Pro India launch will take place in the first or second week of March. The smartphone is expected to be a more specced out version of the POCO X3 that was launched in India in September 2020. The POCO X3 Pro India launch was always expected ever since the smartphone received the BIS certification earlier this month. However, the smartphone’s specifications are still under wraps at the moment.

🔃ReTweet will be Amazing ❤️🔥🔥🔥 pic.twitter.com/A7wKpKbVkL

While the tipster does not know the exact POCO X3 Pro India launch date, he speculates it could arrive in the first or second week of March, which means we won’t have to wait too long to see the device for real. The POCO X3 Pro could make its global debut in India going by the launch timeline, but we cannot confirm this just yet.

POCO X3 Pro specifications are still a mystery, but the tipster claims it will not be a 5G smartphone. This makes sense since POCO feels launching a 5G phone in India doesn’t make sense without 5G services available. The phone is expected to come with more powerful internals compared to the POCO X3.

To recall, the POCO X3 comes with a 6.67-inch FHD+ display with a 120Hz refresh rate. The smartphone is powered by the Snapdragon 732G chipset coupled with 8GB RAM and 128GB internal storage. POCO X3 is equipped with a 64MP quad-camera system and a 20MP front-facing camera. The smartphone packs a 6,000mAh battery and supports 33W fast charging.