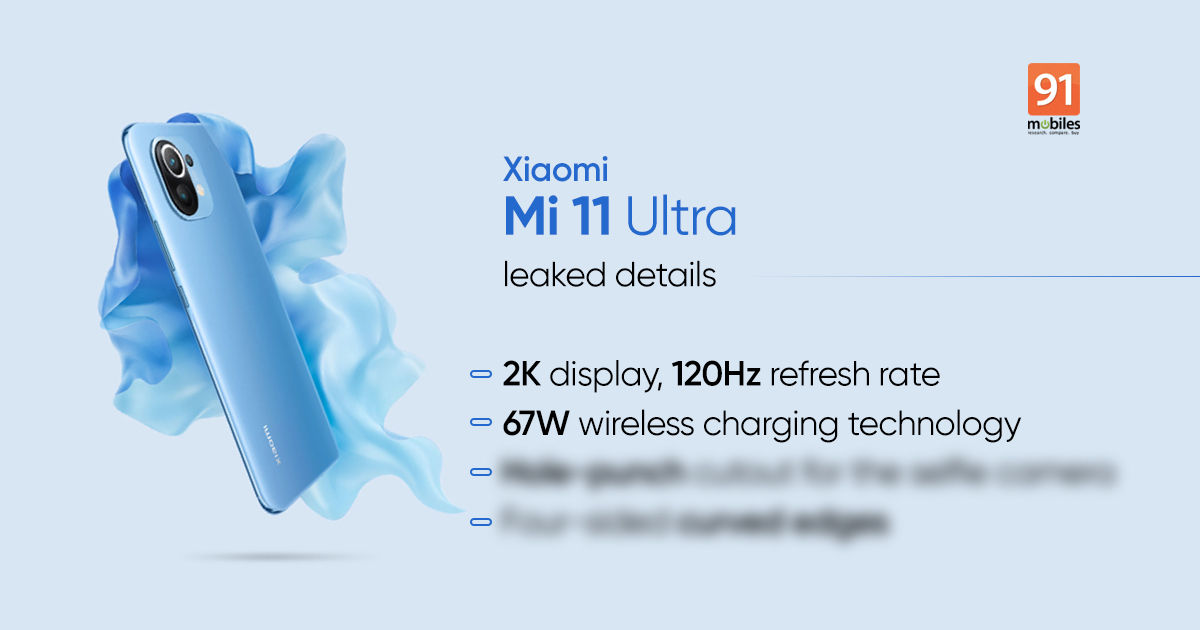 Mi 11 Ultra specs may have just been tipped for the first time, courtesy of tipster Digital Chat Station. To recall, the Mi 11 is the company’s current flagship that ships with the latest Qualcomm Snapdragon 888 5G chipset, and there have been reports that the brand is also working on Mi 11 Pro and Mi 11 Lite phones. Now, according to tipster Digital Chat Station, Xiaomi could be silently prepping a new model that will be placed above the Pro variant. While the name of the phone hasn’t been mentioned explicitly, it could be called the Mi 11 Ultra. Some key Mi 11 Ultra specs have been leaked, including charging speeds, display, and more.

According to the leak, the alleged Mi 11 Ultra will come with a 2K display, 120Hz refresh rate, a punch-hole cutout for the selfie camera and four-sided curved edges. The phone is also said to come with 67W wireless charging technology and pack a large battery, probably higher than the Mi 11 that has a 4,600mAh battery. Unfortunately, that’s pretty much everything we know about the alleged Xiaomi flagship. It remains to be seen whether the company will place it in the Mi 11 series or whether it will be a start of a new lineup. 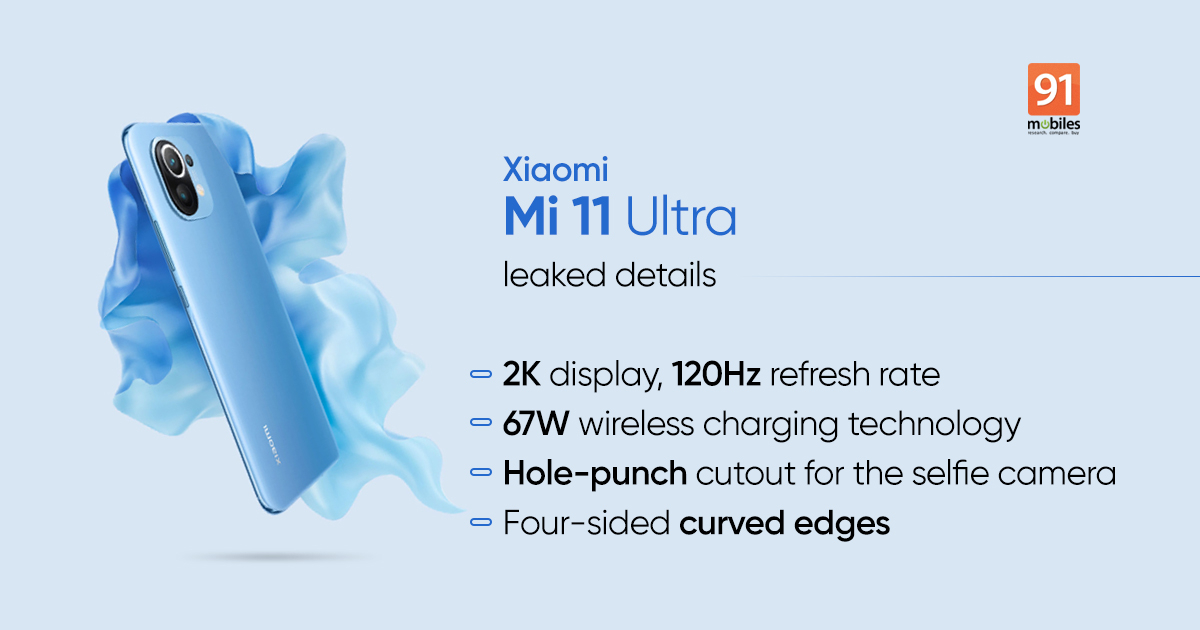 Separately, Xiaomi is gearing up for the Mi 11 global launch on February 8th at 1 pm CET (5:30 pm IST). The company will also unveil MIUI 12.5 custom OS on the same stage. The new skin is expected to bring interesting features, system stability, and overall UI improvements. There’s also a possibility that Xiaomi may surprise us at the event by unveiling the rumoured Mi 11 Pro and Mi 11 Lite but that can’t be said for certain at the moment. We should learn more information about the company’s plans going forward.