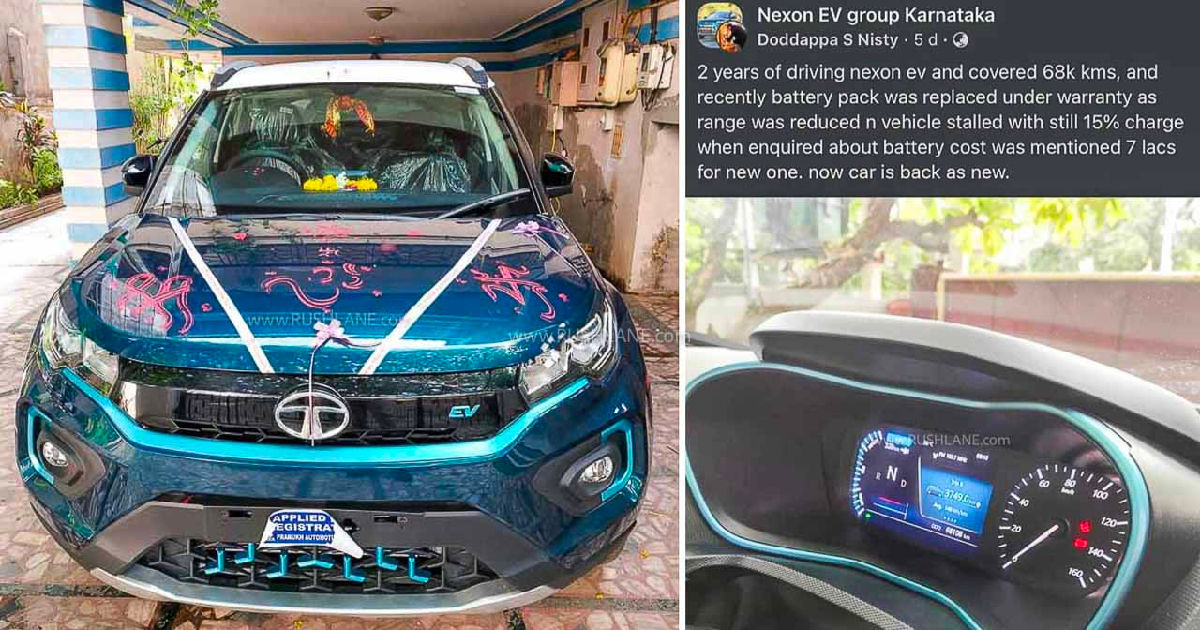 A recent social media post that surfaced online and went viral described how the owner of a Tata Nexon EV got its battery replaced at 68,000km. The Tata Nexon EV battery cost was mentioned to be a whopping Rs 7 lakh. This, fortunately was covered under warranty, and the owner got it replaced free of cost. However, the highlight which later turned out to be astronomical at first, largely starts to make sense when put in perspective.

Here’s how the mathematics of the cost of an EV battery works out in India.

Batteries are one of the most expensive components in an EV and optimal performance is mostly based on the battery health of vehicle. In the case that recently came to light, the owner, who had driven his Tata Nexon EV for about two years with 68,000km on the odometer, faced battery health degradation issue. 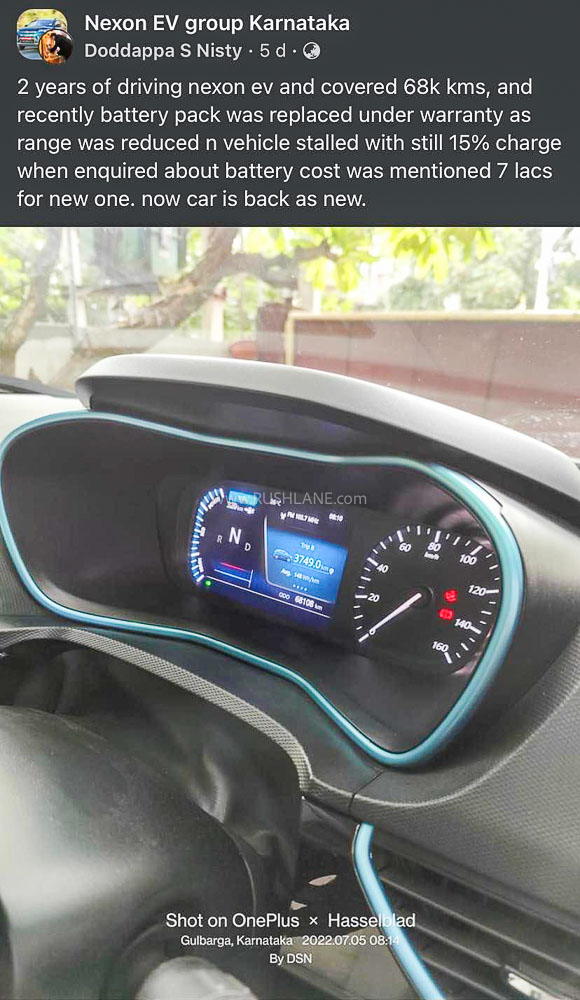 The owner reported reduced range and a vehicle stalling issue even at 15 percent charge. Tata Motors currently offers an 8-year or 1.6 lakh km warranty on the Tata Nexon EV’s battery pack, and this helped the owner get the battery replaced free of cost. The owner claims in the post that the same would have cost him around Rs 7 lakh beyond warranty.

While the price of the battery pack quoted by the owner on the post was not validated by the manufacturer, to many, the price seems to be astronomical. However, there’s an elaborate and logical explanation to the cost.

Batteries are still in a nascent stage and the technology is yet to mature. Like most pieces of tech at this stage, batteries are quite expensive to manufacture. The economies of scale have brought down the cost substantially and battery packs now cost anywhere between Rs 15,000 to Rs 20,000 per kWh in India. Considering this, the Tata Nexon’s battery pack which is 30.3kWh would translate into a bill worth Rs 6.06 lakh. The balance amount can be considered to be a profit margin secured by the manufacturer, in this case Tata Motors. The profit margin here stands at 13 percent, which can seem high at first, but logistics, taxation on spare parts and the immense sensitivity of the item can be factored in for a higher price.

Battery packs are also mostly available as a whole unit. Repairing a battery pack is much more difficult that any other mechanical component on car, as cells of batteries are knitted into one large battery. This not only makes it one of the most expensive pieces of the puzzle but also a crucial one.

That said, battery degradation at such an early stage can be considered to be an isolated event. Battery health drops catastrophically on rare occasions such as when the battery pack has a defect from the beginning of its life, or is used in harsh weather conditions and when charged and discharged irregularly. Most manufacturers also keep a small buffer to cushion the degradation effect. This is done by installing a slightly larger battery pack than specified which allows extra cells to be present in the pack. These cells become active automatically when a cell dies or malfunctions.

Tata’s 8-year warranty plan should also be sufficient for most users. One must also consider the rise of maintenance cost of an ICE-powered vehicle and drop in fuel efficiency figures as the vehicle ages, while drawing up a financial comparison between an electric car and a gas-powered car.

Tata Nexon EV dominates the electric car market in India, here’s how the company achieved this