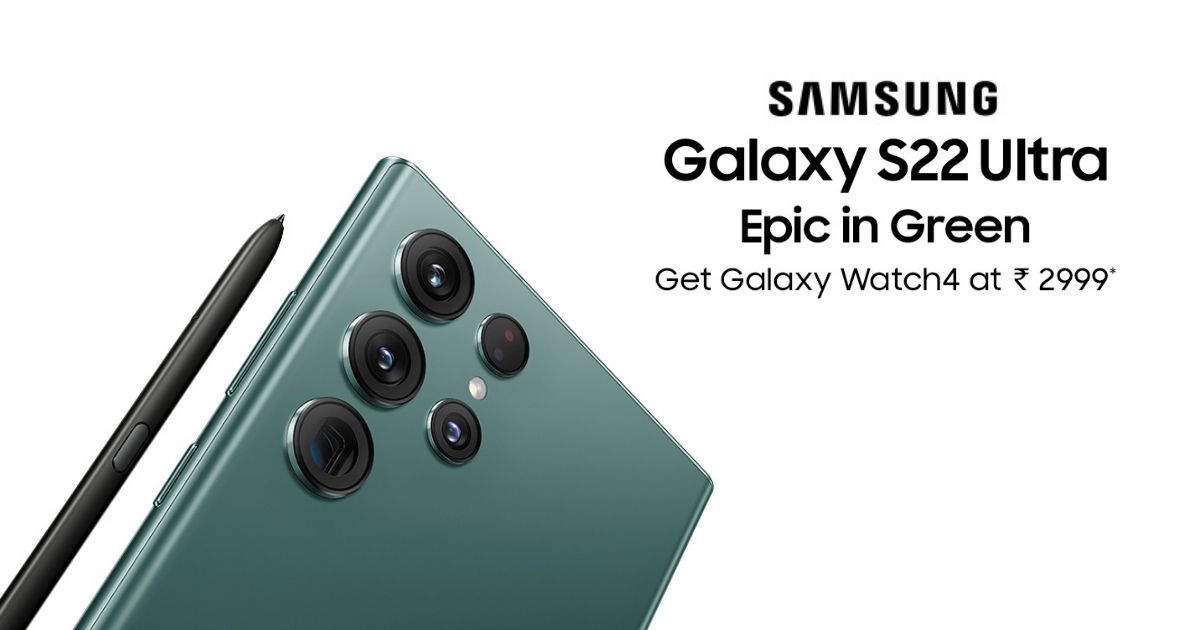 Samsung Galaxy S22 series has already become a roaring success in India within one month of its launch. Whether it is camera performance in low-light, productivity on the go, or display quality, the Galaxy S22 Series has set benchmarks in every single category. These handsets are not built to just meet your needs but to empower you with tools that help you go the extra mile. To give you a clear idea about the popularity of the Galaxy S22 series, it became the most pre-booked flagship from Samsung ever, with over 100,000 pre-booking orders in the first few days of going live.

Considering the unprecedented demand for this phone, Samsung also organized an exclusive unboxing event on March 5th in India titled #EpicUnboxing. With 1820+ customers who pre-booked the Samsung Galaxy Ultra unboxing the smartphone simultaneously across 17 different cities, this unboxing event created a Guinness World Records for most people unboxing simultaneously at multiple venues.

At launch, the Samsung Galaxy Ultra was available in the Phantom White, Phantom Black, and Burgundy colours in India. While all these colours were loved by buyers, some were still waiting as they were especially enamoured by the Green colour variant which has now hit the stores and the wait is well worth it because it’s a real stunner! 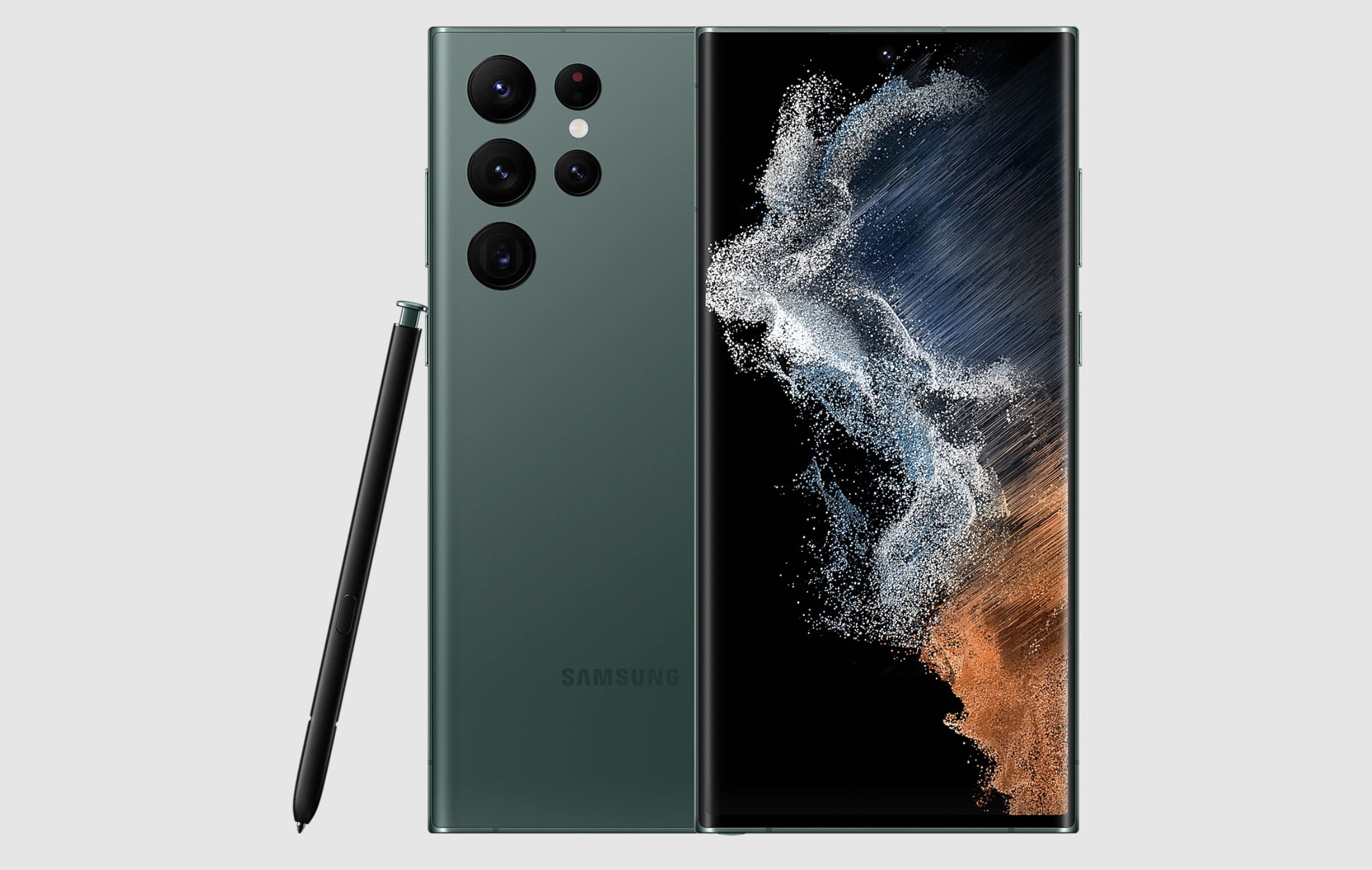 The Green variant of the S22 Ultra looks elegant, and you can be sure that heads are bound to turn when you carry it with you. The colourway suits the simple yet sturdy design identity of the S22 Ultra. The individual cameras on the back with their mirrored metal frame design that reflect the colour of the phone and the glossy metal frame of the body shine with the new Green variant.
If you were holding out for the Green variant of the Samsung Galaxy S22 Ultra, now is your chance to buy it. But don’t think the new colourway is the only good thing about this phone. Here are all the things that make this phone worth buying.

Get ready for dazzling night shots and unbeaten camera performance

Samsung Galaxy S22 Ultra is a generation-defining smartphone when it comes to camera performance. This handset ships with a whopping 108MP wide-angle primary camera that captures extremely detailed images. This large pixel sensor can detect low-light scenarios and meld its megapixels together to create blocks of nine pixels to increase the size of the resulting pixel. This resultant 2.4μm pixel manages to pull in a lot of light. Simultaneously, the low noise processing helps get rid of the grain. 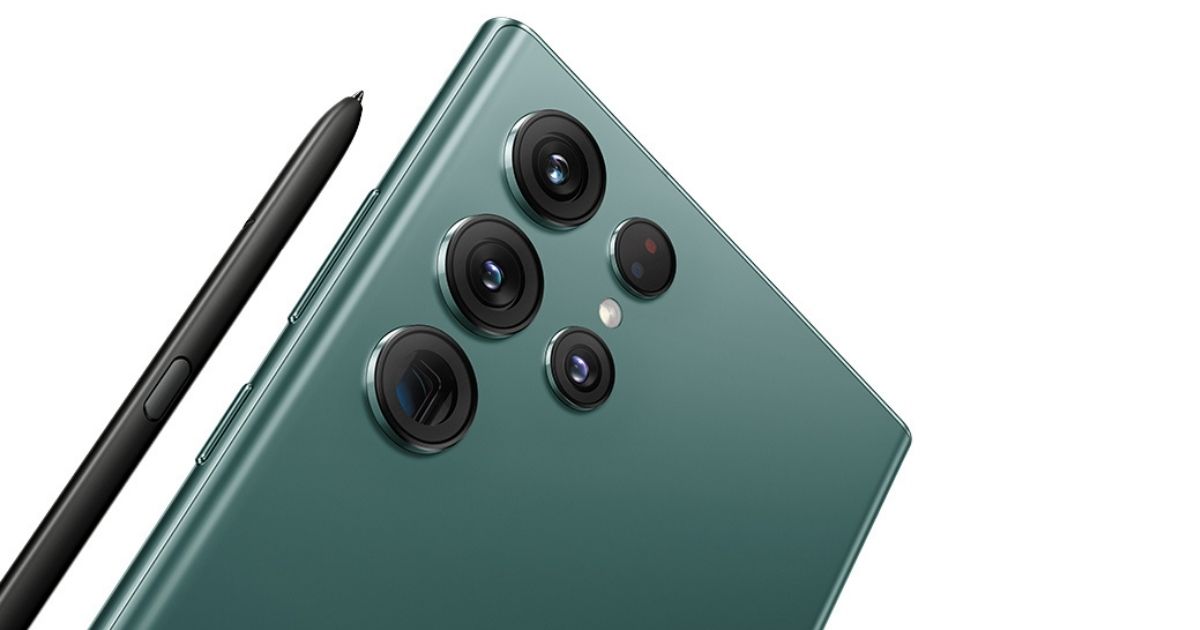 Talking about the hardware, the front and rear cameras are both covered with Super Clear Glass. The Super Clear Glass and the camera lenses have an exclusive ultra-low reflection nano-coating. This setup allows light to travel to the image sensor with fewer reflections and minimises lens flare. This superior camera hardware is combined with Samsung’s software-based camera features like Night Solution, which clicks a series of images in an instant and removes the frames with noise and blur. The phone then uses AI to merge the remaining frames into a single shot, delivering crisp and noise-free photos. 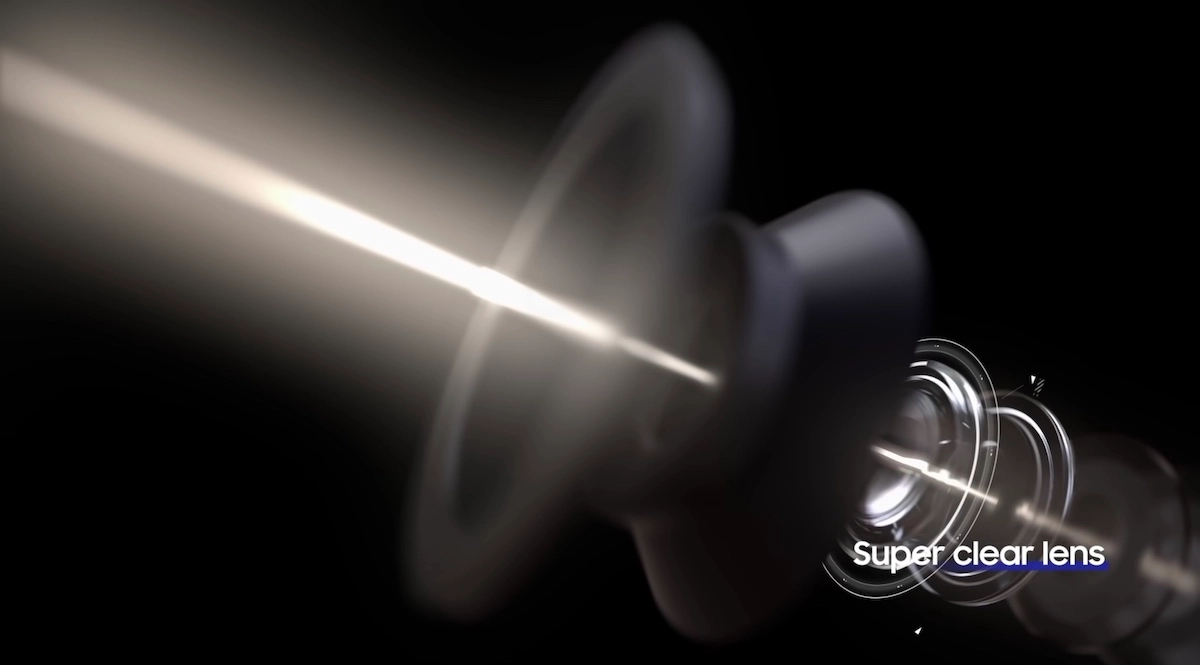 And Nightography is not just limited to still photos! The phone uses a combination of OIS and VDIS to deliver super-stable videos, even in low light. To make these videos brighter, the Galaxy S22 Ultra dynamically lowers the frame rate in response to the changes in lighting. If the light is not enough, Super Night Solution kicks in, which adds up to 12 extra frames per second based on the ones the phone has captured.
All these features work in tandem and help the Galaxy S22 Ultra to capture the best nighttime videos possible.

Samsung Galaxy S22 Ultra is the first Galaxy series phone ever from the brand to come with a built-in S Pen. While the S Pen has been the best productivity tool in the industry ever since its introduction, its latest iteration comes with even more improvements. With a tip diameter of 0.7mm and pressure levels of 4096, the S Pen is now better than ever. You can write or draw using the S Pen with immaculate precision. In addition to this, the S Pen tagged along with the Galaxy S22 Ultra also offers a remarkably reduced latency at just 2.8ms, an improvement of 70 percent compared to its previous generation counterparts. 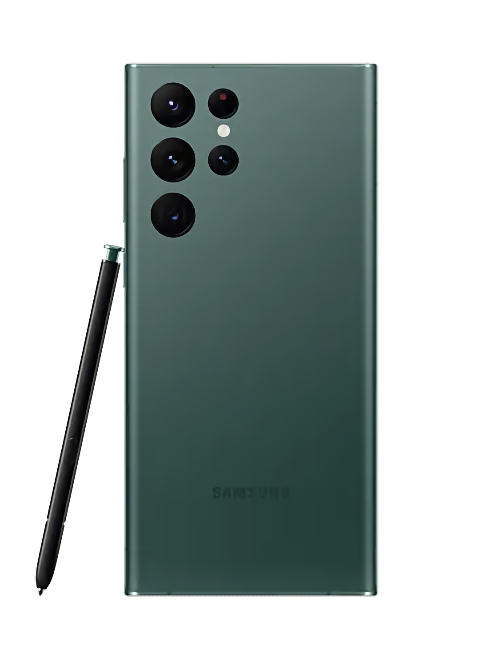 The S Pen also comes with an IP68 dust and water resistance, which means that you can take it even on the beach without worrying too much about the sand or occasional splash of water. For professionals or students who take handwritten notes, make presentations, or even sign spreadsheets on the go, there has never been a better productivity tool in the market.

Samsung Galaxy S22 Ultra is a flagship product in the true sense of the word. With this phone, you get top-of-the-line hardware in every department. The phone is powered by Snapdragon 8 Gen 1 chipset that uses a 4nm fabrication process for industry-leading performance and efficiency. This phone does not break a sweat while dealing with some of the most intensive apps and ensures that the gamers can perform to their full potential by eliminating any performance issues from the gameplay experience.

The phone packs a 6.8-inch QHD+ Dynamic AMOLED 2X display with a 120Hz refresh rate. The curved display on the phone provides users with a level of immersion that you will not find anywhere else, and with the peak brightness of 1,750 nits, you will be able to use the phone with ease even under direct sunlight. The phone comes with Armor Aluminum Frame, the strongest frame developed by the company to date. It means that the phone’s internals are protected by sturdy housing, so you don’t need to worry about its durability at all.

Now that you know how Samsung Galaxy S22 Ultra is the ultimate smartphone, you must be wondering how you can get your hands on one. You can get the Green variant of the Galaxy S22 Ultra from Samsung.com as well as from leading mobile retailers.

As a part of the sale offer, you can get Samsung Galaxy Watch4, worth Rs 29,999 for just Rs 2,999. You can also avail of Rs 5000 instant cashback using HDFC bank debit and credit cards. So, what are you waiting for? Click on the link, and make the gorgeous Green colour variant of Galaxy S22 Ultra yours right now.