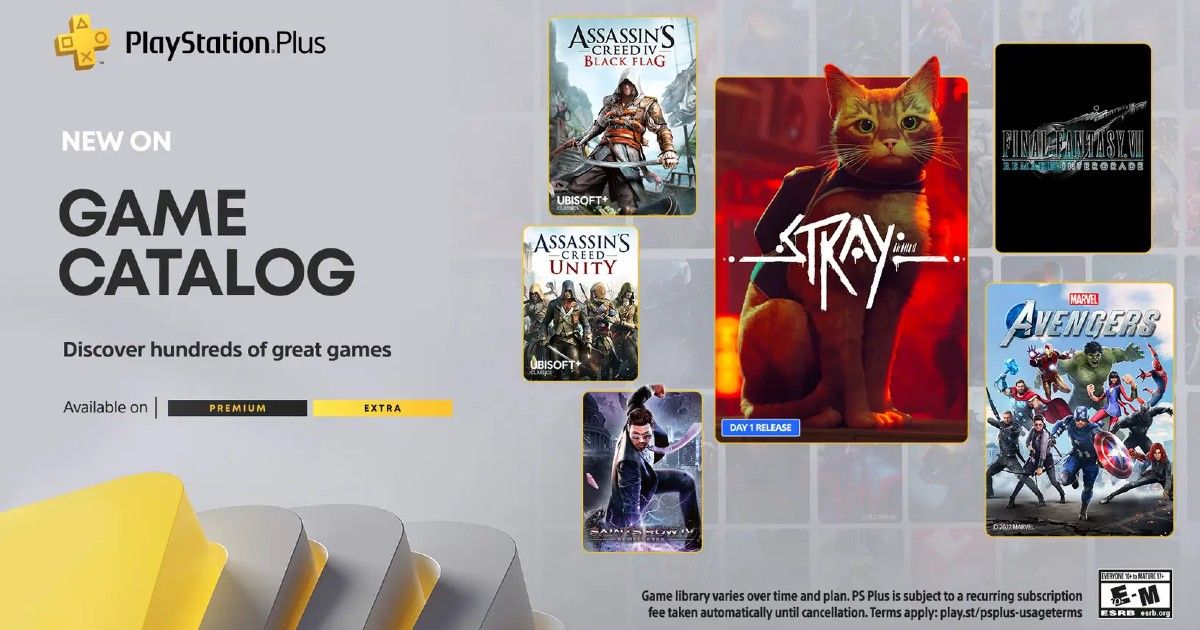 Sony has revealed new games for PS Plus Extra and Deluxe tier subscribers for July 2022. PS Plus users get Stray on day one, which is great considering Sony isn’t planning to add new games to the service at launch. Besides these, games like Final Fantasy 7 Remake, Marvel’s Avengers, as well as a bunch of Assassin’s Creed games are coming to PS Plus this month. PS Plus Extra and Deluxe subscribers will get access to these games alongside July’s Essential tier games including Crash Bandicoot 4: It’s About Time, The Dark Pictures: Man of Medan, and Arcadegeddon.

Your PlayStation Plus Game Catalog lineup for July includes:

arriving for Extra and Premium members alongside many more on July 19: https://t.co/e1T4udoyup pic.twitter.com/k5HUU8N5MC

Here are the games coming to PS Plus Extra and Deluxe in July 2022 on July 19:

With the new PS Plus subscription, players get access to even more games every month. The subscription service now offers hundreds of games and perks, based on the tier you purchase. PS Plus Extra and Deluxe members get access to several PS4 and PS5 games from first-party and third-party studios alongside monthly games for Essential tier. Besides these, Deluxe users get time-limited trials for games like Cyberpunk 2077, Horizon Forbidden West, and others, as well as classic PlayStation games. PlayStation now has a great competitor for Xbox Game Pass with PS Plus.