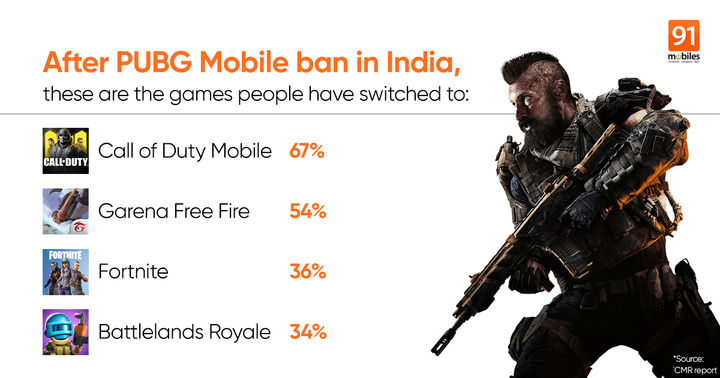 Call of Duty Mobile, Garena Free Fire, Fortnite, and Battleground Royale have reportedly seen steady growth in users over the past few months, especially since the PUBG Mobile ban in India. “PUBG Mobile ban in India had a transitory impact on slowing down the mobile gaming in the country. Beyond the initial state of shock, users took to other games such as Call of Duty and Garena Free Fire,” says Prabhu Ram Head-Industry Intelligence Group CMR. Based on the survey conducted on eight cities of India, CMR reports that Call of Duty Mobile saw a 67 percent increase in gaming following the PUBG ban. This is followed by Garena Free Fire with 47 percent increase, Fortnite with 36 percent, and Battleground Royale with 34 percent. The numbers are likely to increase further as PUBG Mobile has now completely stopped working in India. 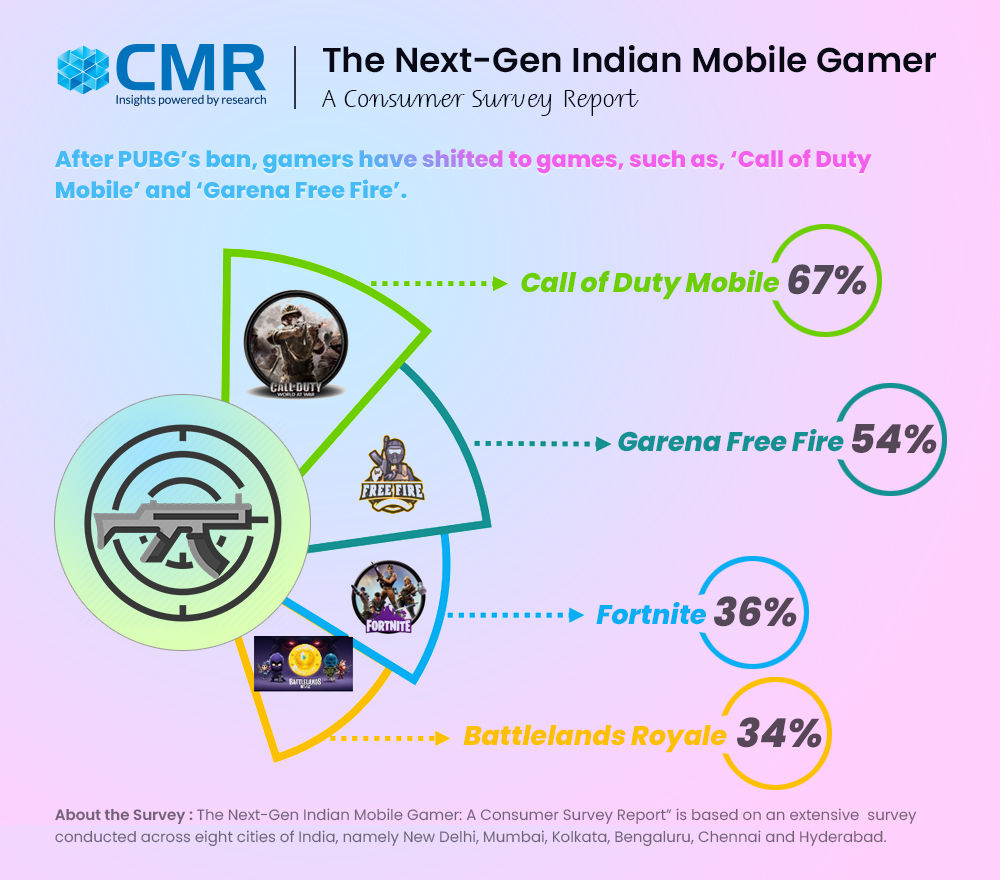 Though PUBG Mobile was banned in early September, the game was playable for users who had already installed it. On October 30th, Tencent Games terminated service and access to PUBG Mobile in India and handed over publishing rights to South Korea’s PUBG Corp. As of now, PUBG Mobile is not playable even through a VPN. However, PUBG Corp is making plans to bring the game back to India soon.

According to the CMR report, there has been a noticeable uptick in mobile gaming in India due to the COVID-19 pandemic lockdown. Three in every five serious gamers are now playing increased hours compared to pre-lockdown. Earlier Indians used to play for around seven hours a week’ added the report. Another key trend seen was that around 15 per cent of mobile gamers shifted from playing freemium games to paid games. Most gamers agreed to the fact that mobile gaming helped them overcome social isolation.

In addition to this, CMR reports that an average person has at least seven games on their phone out of which four are played regularly. Indians mostly play action or adventure games, followed by first-person shooter games such as ‘Call of Duty Mobile’ and ‘Garena Free Fire’. 47 percent of the participants stated that they played mobile games for fun, whereas 40 percent said that they play to relieve stress. Interestingly, most gamers preferred MediaTek processors over Qualcomm chipsets for gaming and state that they prefer more RAM, better battery life, increased storage, and powerful processors on their phones.