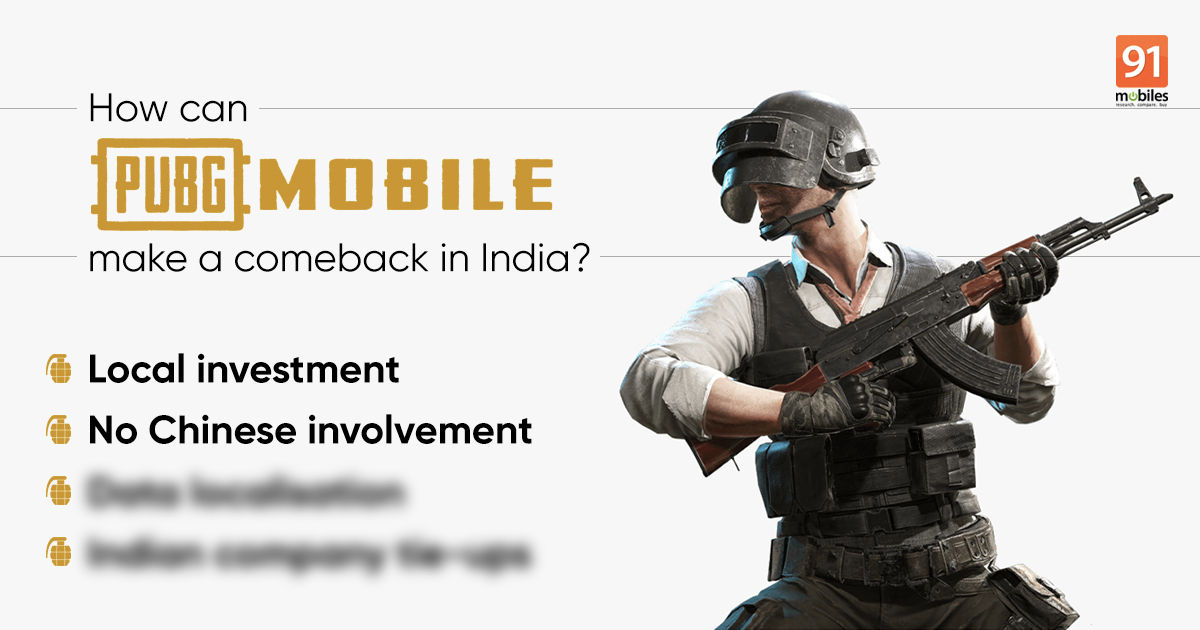 PUBG Mobile was one of the most popular multiplayer mobile games in India until the government decided to ban it on September 02, 2020. The ban came as a shock to millions of players in India, some of whom had gained popularity either streaming PUBG Mobile gameplay online and/ or playing the game competitively. But it seems the ray of hope, these millions were waiting for, might have finally arrived. PUBG Corporation recently announced that PUBG Mobile has plans to launch again in India by revising its policies and tweaking certain pieces of the puzzle that were problematic in the country. Let’s have a look at how this PUBG Mobile comeback has been made possible.

The biggest reason behind PUBG Mobile’s, and for that matter dozens of other Chinese apps, eviction was the suspicion of data being transmitted to and stored in Chinese servers. To solve this, Krafton, the South Korean company that operates PUBG Mobile, has partnered with Microsoft Azure to store its user and gameplay data on Microsoft servers. The good part is that Microsoft currently operates its data centres globally, with three of them in India.

To solve this, Krafton, the South Korean company that operates PUBG Mobile, has partnered with Microsoft Azure to store its user and gameplay data on Microsoft servers.

Thus, this eliminates the issue of data being stored on Chinese servers. In fact, Microsoft has been a major global player in the data hosting space, and the fact that ministries in the Indian government acknowledge its presence as a top ranker is the cherry on top.

To ease a possible comeback into the Indian market, PUBG Mobile parent PUBG Corp has plans to invest as much as $100 million in India “to cultivate the local video game, esports, entertainment, and IT industries”. The company claims that this will be the largest sum invested by a South Korean company in India, outside of the manufacturing sector.

In fact, PUBG Corp wants to push esports in India to the next level by making investments into India-exclusive esports events, which could take on global tournaments with big prize pools and tournament productions.

PUBG Corp plans to invest as much as $100 million in India “to cultivate the local video game, esports, entertainment, and IT industries”

As part of these investments, PUBG Mobile India will also get a dedicated Indian subsidiary, employing over 100 people across fields of business, esports, and game development. The subsidiary will be responsible for improving communication with players as well as tying up with local businesses to leverage the PUBG Mobile brand.

Apart from localising data and boosting investment in India, parent company PUBG Corp is bringing PUBG Mobile India to the country on its own. This means Chinese giant Tencent will no longer be involved in the game’s distribution, especially in the Indian market. This will at the very least be great for PR, considering the anti-China sentiment hasn’t yet receded completely. An Indian touch will help the game propel itself back into popularity as before.

Apart from these few changes, we could expect PUBG Mobile India to tie up with certain Indian companies, including telecom or tech startups in an attempt to collaborate for exclusive offers or to bring the game to a wider audience. Reports of a tie-up with Reliance Jio have been floating around since the game was banned in India, so you can expect something of that sort to go official soon.

When do we get to play it?

Not any time soon. While PUBG Corp has confirmed that it is actively working on its India plans, the Indian government reportedly is not budging even an inch till the issues are resolved. “Unless they address the concerns, it will be difficult to grant any relaxation,” a Times of India report quoted government sources as saying. However, with the promise of data localisation, local investment and subsidiary, and removal of Chinese involvement, the company might be ready to sit in talks with the government and bring PUBG Mobile to its Indian fans within weeks or months.

Till then, there is no official comeback date for the game but it sure is interesting to see such a big push by PUBG Corp to bring PUBG Mobile India back. Would you play the game once it is back or give it a skip? Let us know.