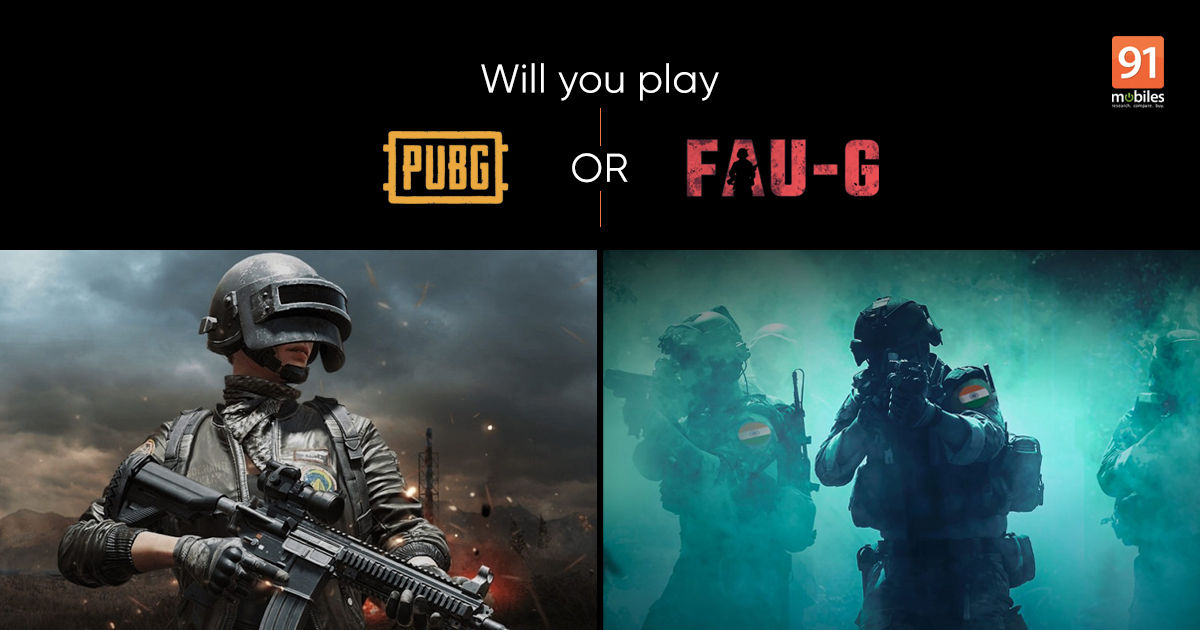 PUBG Mobile and PUBG Mobile Lite were banned in India last week and the games were removed from the Google Play Store and Apple App Store as well. Soon after the ban, local game publisher nCore Games announced FAU-G, an action game that is expected to release next month. The PUBG Mobile ban in India, however, may not last and the game could come back to the app stores, which could be a problem for FAU-G makers. South Korea-based PUBG Corporation in a statement said that it is working with the government to bring the PUBG Mobile back to India. As a first step towards this goal, PUBG Corporation pulled Chinese giant Tencent’s rights as PUBG Mobile publisher in India.

PUBG Corporation will now take over from Tencent Games as the publisher of PUBG Mobile and PUBG Mobile Lite in India. With the publisher changing from Chinese to South Korean, there may be a good possibility that PUBG Mobile will return to the Android and iOS app stores. This could spell trouble for FAU-G, an upcoming action game that was announced soon after the PUBG Mobile ban in India.

Last week, Bangalore-based publisher nCore Games announced a game called FAU-G, short for Fearless and United: Guards. The game is set to release by October-end and is speculated to be a multiplayer battle royale game similar to PUBG Mobile. The company’s co-founder Vishal Gondal revealed that the game had been in the works for the past few months and its announcement following the PUBG Mobile ban was purely coincidental.

PUBG Mobile has the numbers, FAU-G has the patriotic appeal

PUBG Mobile has garnered millions of loyal users in India. As per TechCrunch, the game had around 40 million monthly active users in India prior to the ban. Since PUBG Mobile still works for users who have already installed the game on their device, we don’t anticipate a drastic fall in active users in the country until ISPs start blocking server access, which may not happen if PUBG Mobile makes a return soon.

FAU-G, on the other hand, looks to capitalise on the Indian patriotism bolstered by the ongoing clashes between Indian and Chinese troops. Gondal revealed that the game is based on real scenarios faced by Indian soldiers and that the first level is based in the Galwan Valley at the Indo-China border.

PUBG Mobile is yet to return to the app stores, but the announcement by PUBG Corporation was enough for Twitter users to show what they think about the future of FAU-G. Many users began posting memes welcoming the move by PUBG Corporation and suggesting the challenge ahead of FAU-G developers. 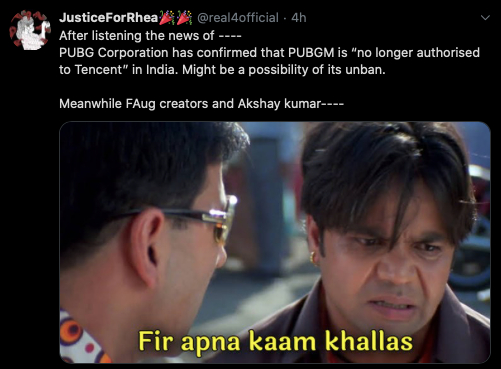 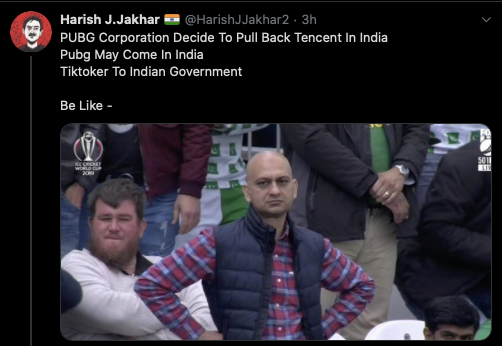 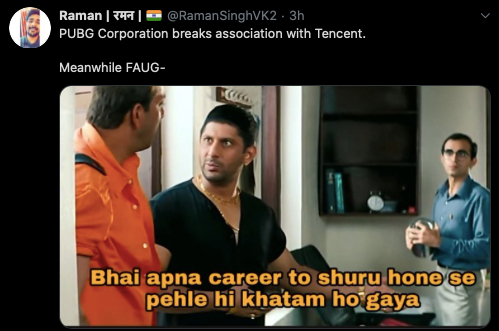 The success of FAU-G will likely depend on whether PUBG Mobile is available in India. If the game returns to the app stores, players may not wish to make the switch to FAU-G or other PUBG Mobile alternatives. Another factor that will be at play is the gameplay quality of FAU-G. As of now, we have no clue on how the game will look and how graphically similar it will be to PUBG Mobile.