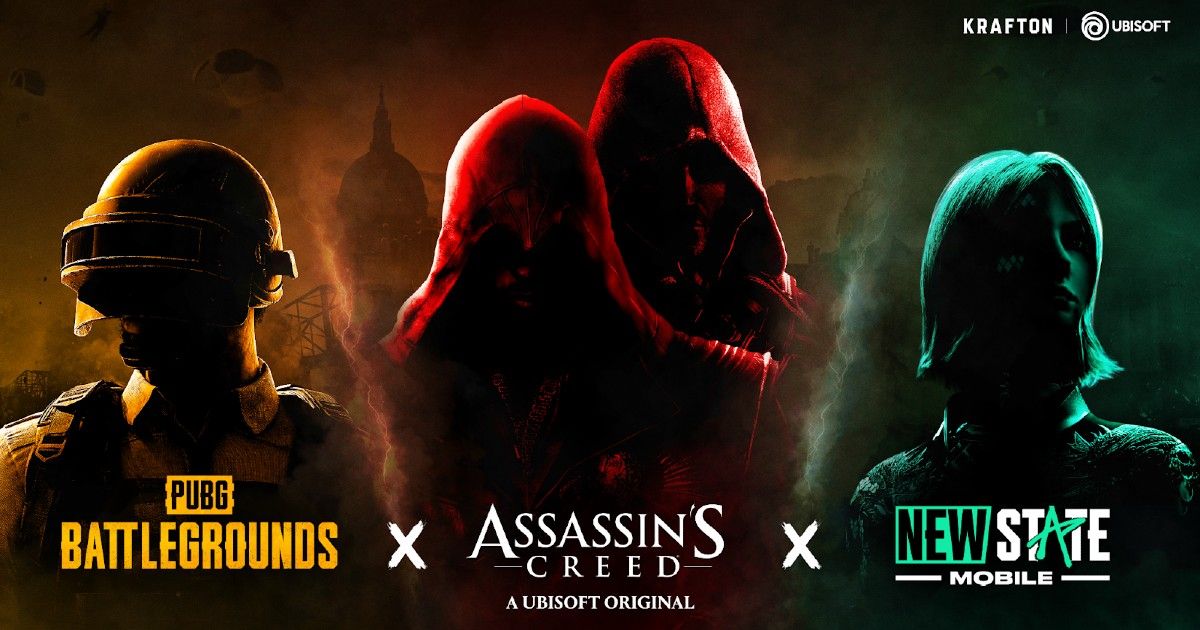 New State Mobile players can get more than 30 Assassin’s Creed-themed weapon skins, costumes, and items via collaboration crates and limited-time events. Some of these items include:

In a limited-time event, PUBG: Battlegrounds players will be able to find various themed resources and props on the Haven map. Abstergo Industries has infiltrated one of the main buildings on the map, with a hidden Animus machine and “Leap of Faith” ledges on its rooftop. Using these ledges, players will most likely be able to perform iconic Leap of Faith jumps inspired by Assassin’s Creed franchise. Krafton will be sharing even more information about the upcoming Assassin’s Creed crossover soon.