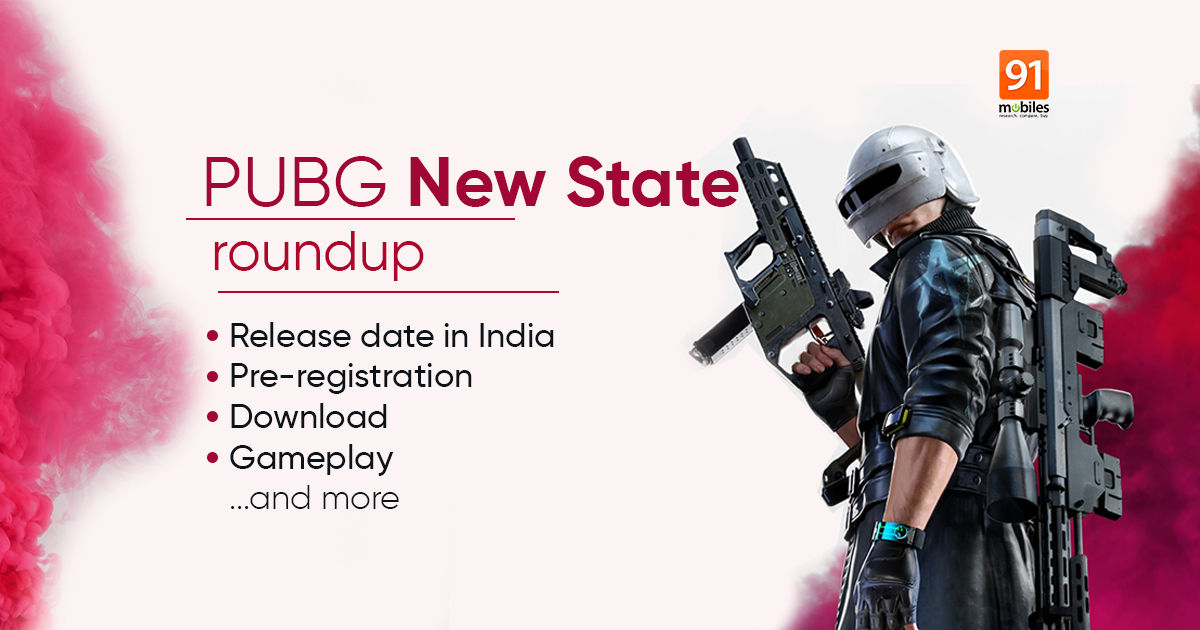 BGMI makers are all set to release a new battle royale game in India, called the PUBG New State. It’s likely to be available for both Android and iPhone users at the time of the launch. The PUBG New State registration has already begun in the country, with some exclusive rewards. The game is said to be similar to PUBG Mobile aka Battlegrounds Mobile India, but at the same time, it will differ in many aspects. The PUBG New State will be a futuristic battle royale game that will be based in 2051. Additionally, it’ll feature new weapons, maps, skins, and a lot more. Here’s a quick look at PUBG New State release date in India, download, features, registration, and more. 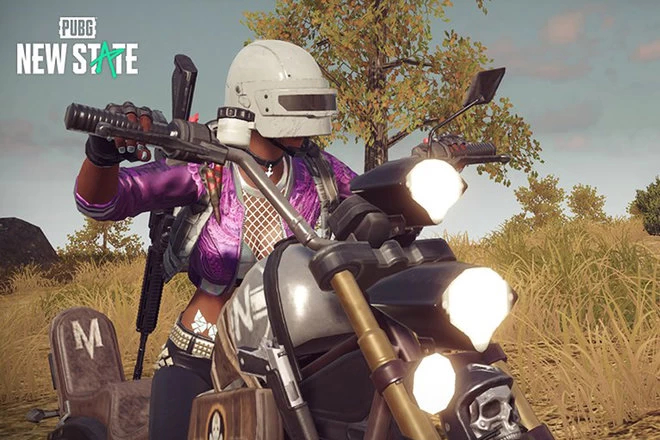 For those unaware, PUBG New State is a brand new battle royale game from Krafton. It will be based on the same theme as the original PUBG Mobile/ BGMI, with a hundred players fighting with various weapons and strategies until the last man or team remains the “Last man standing.” PUBG New State will be set in the year 2051. The company has promised that it will deliver ultra-realistic graphics and dynamic gunplay. Additionally, the game will come with drones, combat roles, and weapon customisation, among other things. PUBG New State is likely to offer a completely different experience than BGMI.

Although previous reports suggested that the game will launch on October 8, Krafton has recently announced that PUBG New State will release on November 11, 2021, for Android and iOS devices. 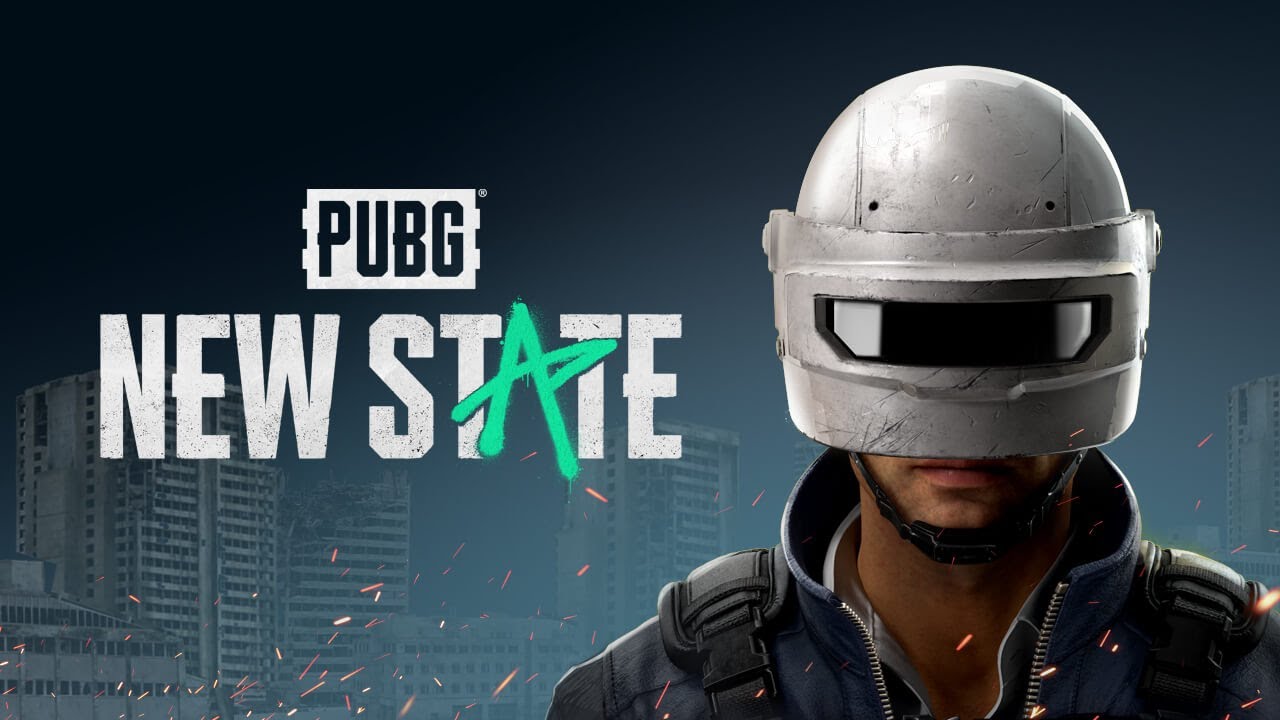 The PUBG New State system requirements here seem to be in line with the BGMI, which means that the title will support most mobile phones out there.

Pre-registration for PUBG New State is live for Android and iOS users on Google Play Store and Apple App Store, respectively. To pre-register yourself for the game you will have to follow the steps mentioned below: 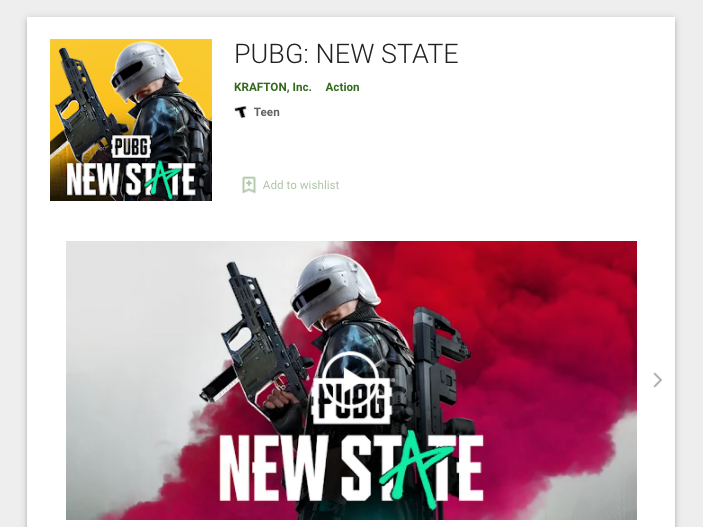 Krafton has promised a ‘limited vehicle skin (permanent)’ reward for all PUBG New State pre-registered users. In addition to this, the developers are also expected to offer free weapons, skins, permanent outfits, and a lot more. As a result, more than 40 million people have already pre-registered themselves globally for the upcoming game. The PUBG New State pre-registration link will be live until the official release.

The PUBG New State Alpha is the test program rolled out to test the game in real-world, and identify issues. The program was made available to a selected Android and iOS users. That said, it has now been completed and any progress made during the PUBG New State Alpha test, including account information, data, and items, will be reset and made unavailable in the future. 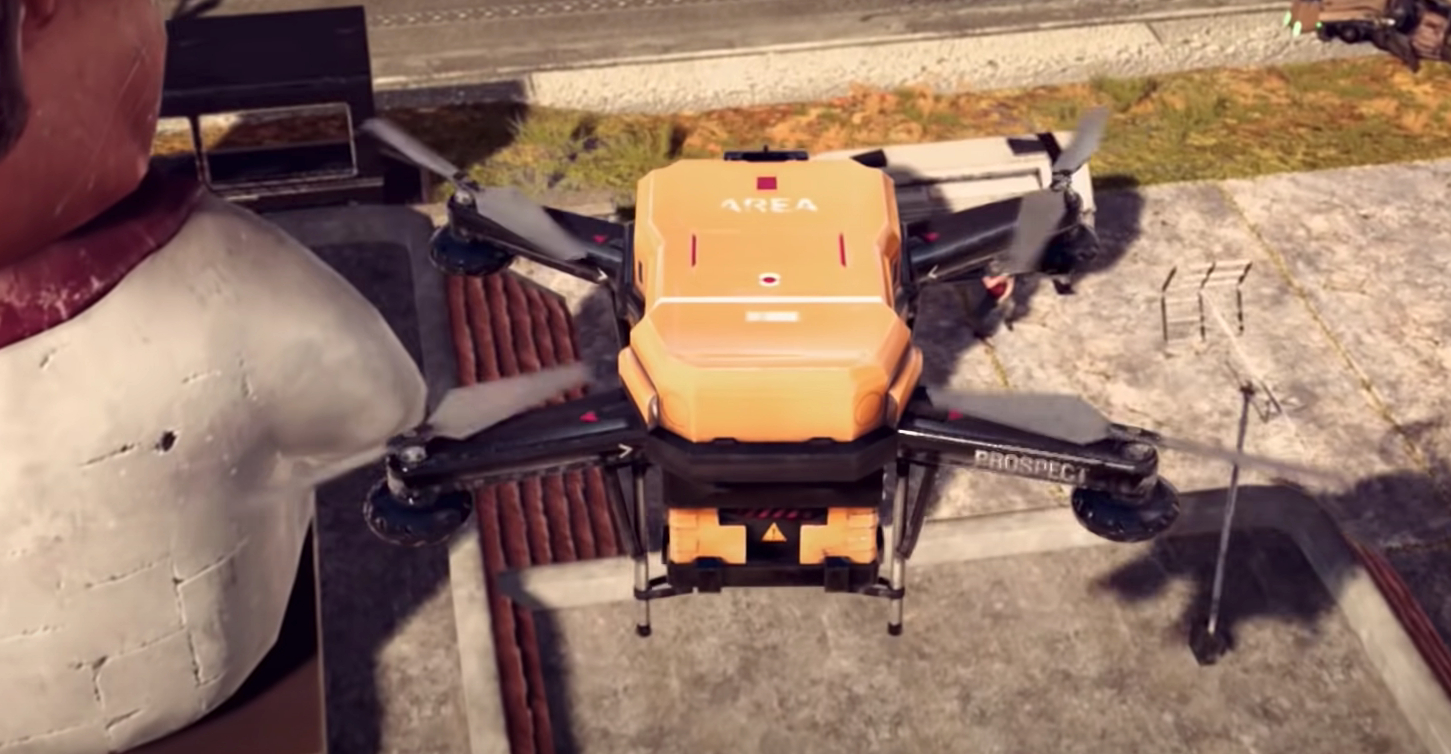 Krafton has shared several teaser videos that gives us a sneak peek at PUBG New State gameplay, graphics, features, and a lot more. As per them, the game will have an urban setting, with new maps, buildings and modern infrastructures, including multi storey malls, roadside billboards, and more. This means that it will be a completely different scenario than the vast hilly ranges and landscapes of Erangel of BGMI. In addition to that, the players in PUBG New State get to fight futuristic weapons and cars. The company has also promised that the PUBG New State will bring the core PUBG (PC and console) experience to mobile while also introducing features exclusive to this game.

Krafton claims that PUBG New State’s graphics will push the limits of mobile gaming. It’ll come with global illumination technology to offer realistic gameplay for a better gaming experience. We got a glimpse of it via screenshots and teaser videos; however, the company is set to reveal what refresh rate and resolution the game will support. Reports, meanwhile, suggest that the game will have both TPP and FPP gameplay features. PUBG New State could also boast of Ultra-HD graphics, vintage frames, new kill feed counter, grid lines, voice chat and settings options, and blue zone meter, among other things. 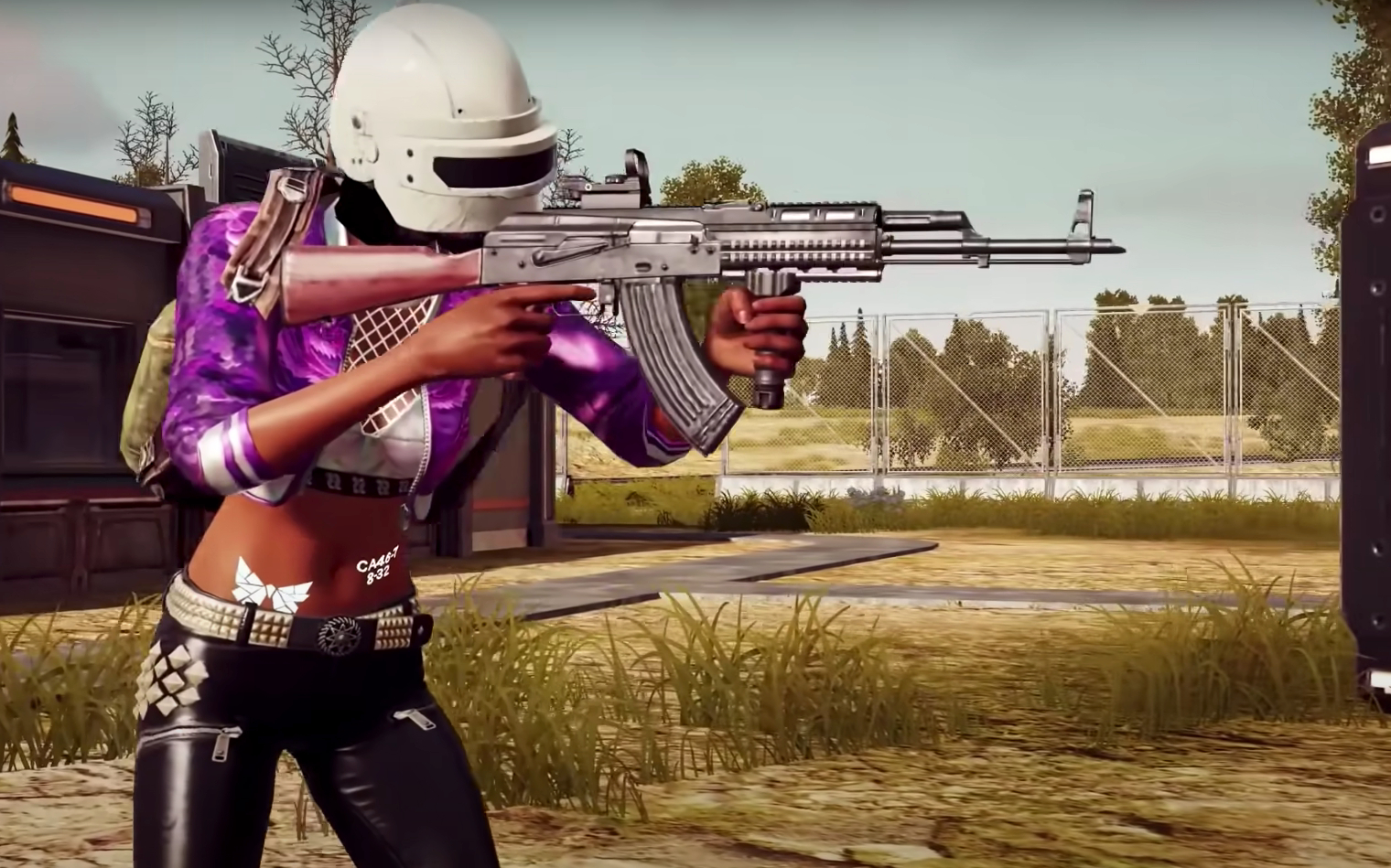 PUBG New State will come with a wide range of new as well as classic weapons. The game will have the mk47 mutant gun with an auto-firing mode. It’ll also offer several classic weapons such as DP 28 and the Scar, along with the new M24 sniper rifle, AKM assault rifle, M416 assault rifle, AWM sniper rifle, grenade launcher, and Groza weapons. Players will be able to customise and equip better scopes on weapons in PUBG New State. For customisation, the game shall offer a kit that resembles a toolkit to the users. This toolkit will help you supplement the shortcomings or amplify the advantages of your guns. For example, you can turn your single fire weapons to fully automatic. You can also select different barrels to increase the range of your gun.

Krafton claims that it’s going to add many new features and updates to this toolbox in the future.

The PUBG New State is going to debut with new maps. Krafton has already revealed that there will be a new map called “Troi,” set in the year 2051. The map will be 8×8 km wide, which is the same size as the Erangel or Miramar maps of BGMI, and have several new locations including the Exhibit Hall, The Mall, Laboratory and Trailer Park. There will be a stadium and inevitable bridge on the map as well. Along with this, PUBG New State will feature a new take on the fan-favourite Erangel map. Krafton has promised that it’ll launch many new maps in the future. 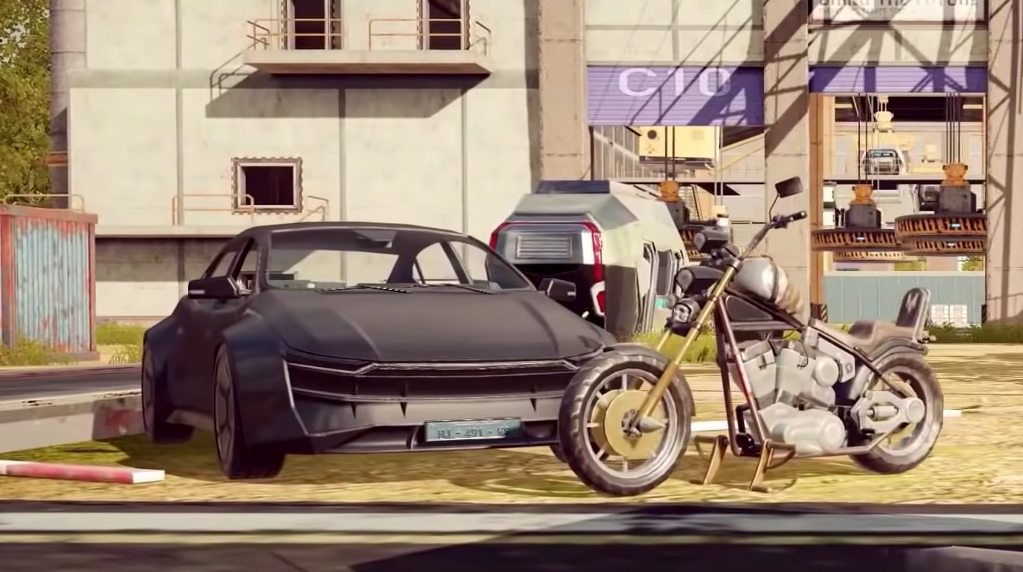 This will arguably be the biggest change in the PUBG New State. The game is said to come with a variety of different vehicles. Some are recognisable from PUBG Mobile, but they are all set to come with a futuristic design and features. Apart from this, the PUBG New State will have electric vehicles, autonomous trams, search drones, new bikes, and advanced helicopters, with two massive fans instead of a rotor, among other things.

Krafton is going to introduce a new gameplay screen with many changes. For example, now players will get a real-time bullet meter that will show up next to the crosshair. This will show you how many bullets are left in your magazine in both graphical and numerical format. And on the top left corner of the screen, you will be able to see the number of assists you have got and the number of people alive on the map along with how many kills you have scored so far.