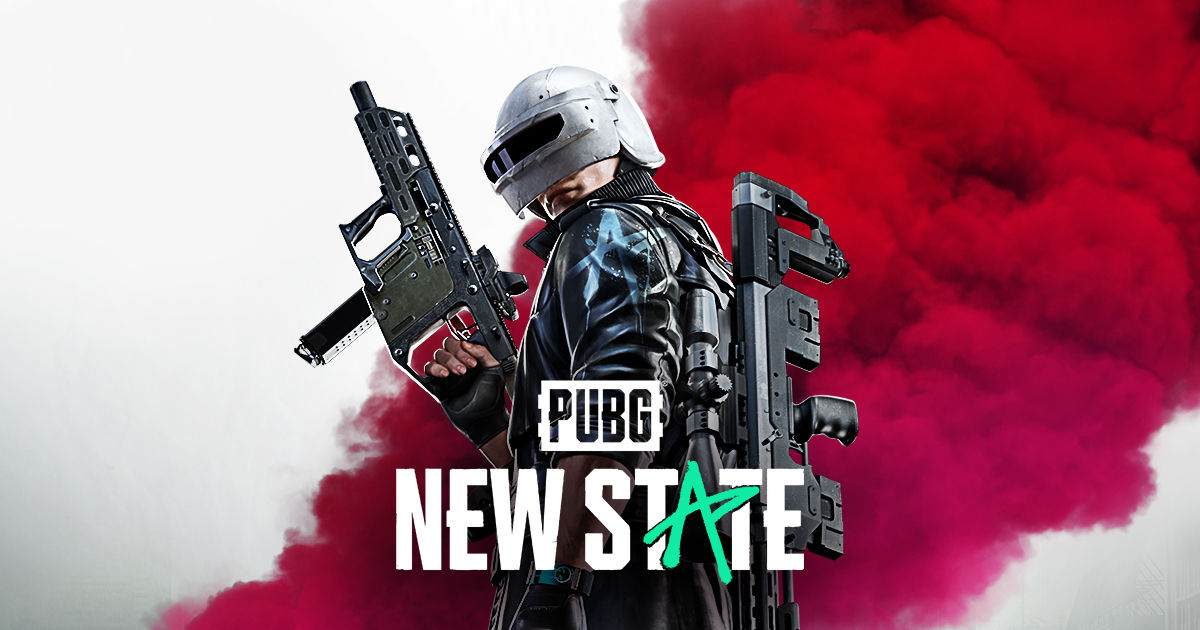 After PUBG Mobile was banned in India, Krafton released Battlegrounds Mobile India aka BGMI for Indian users. The game has garnered millions of players since its launch in July and is just as popular as PUBG Mobile. BGMI is similar to PUBG Mobile in terms of graphics and gameplay but has a couple of differences that set it apart. Now, Krafton has also announced that it’ll be bringing the all-new PUBG New State game to India and has already started the pre-registration process for both iOS and Android users. Let’s take a look at how PUBG New State is different from BGMI.

Starting with the gameplay, both PUBG New State and BGMI are battle royale games and have similar gameplay mechanisms. BGMI is much simpler to play, whereas New State has advanced items and dynamic features. The game is also set in the future, the year 2051 to be exact, and includes futuristic in-game items such as vehicles and weapons.

BGMI graphics are pretty much similar to what we’ve seen on PUBG Mobile and can be set to Ultra-HD on high-end smartphones. The graphics on New State are of much higher quality. According to the developer, the new game will offer realistic sunlight and shadow effects thanks to global illumination technology. Krafton claims that PUBG New State will surpass expectations in terms of mobile game graphics. 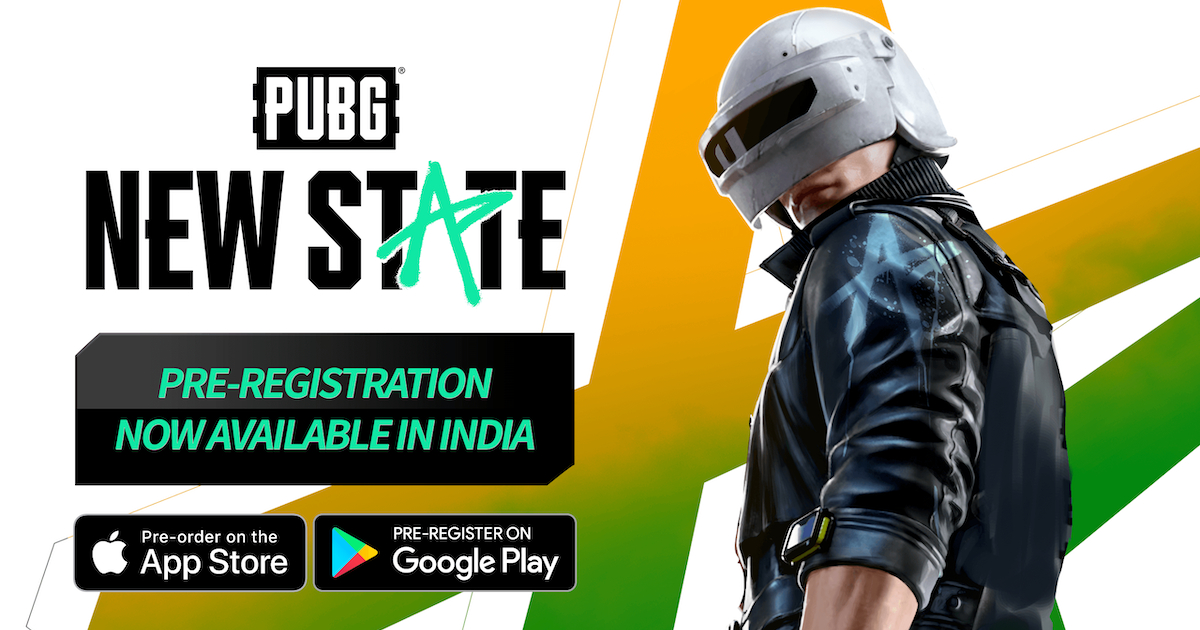 A trailer for PUBG New State was revealed earlier this year and showcases the new ultra-realistic graphics, which does look much better than PUBG Mobile and BGMI.

Now, coming to the system requirements of both games, there’s not a huge difference. However, you will need a powerful smartphone to enjoy the superb graphics of PUBG New State. The game can apparently offer up to 90 fps refresh rates on high-end smartphones. To run PUBG New State, you’ll require a device with at least 4GB RAM running Android 6 or higher. For iOS users, the game will work great on iPhone 6S or later with iOS 13 or newer.

For BGMI, you can make do with an Android device that has 2GB RAM and runs Android 5.1.1 or higher. On iOS, you’ll need an iPhone running iOS 9.0 or higher and with 2GB RAM. 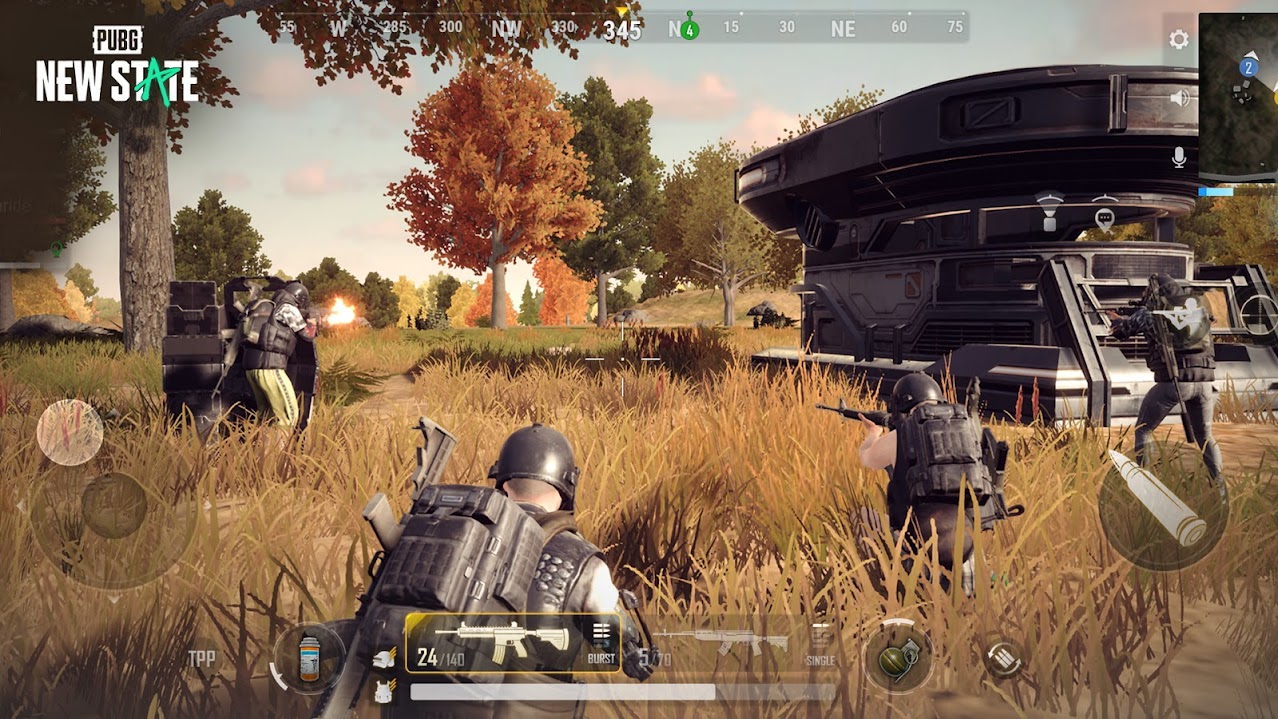 As PUBG New State is a totally new game with new graphics and improved gameplay, you can expect a new map. Krafton has revealed that the game will feature a new map called Troi that’s set in year 2051. The teaser video revealed a lot of details about the map. It’ll have several locations such as a mall, exhibit hall, and so on. This map is 8×8 km wide, and we can also expect other maps in the future. 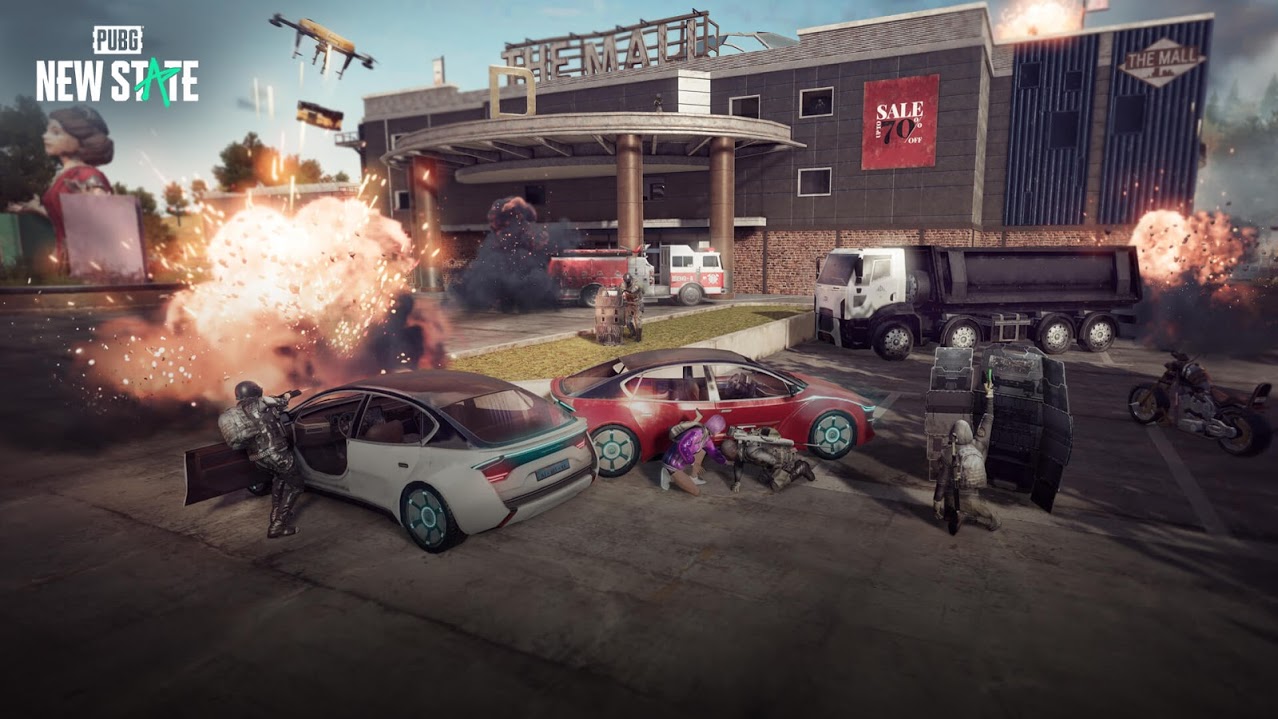 On the other hand, BGMI has pretty much the same maps as PUBG Mobile. You get the standard Erangel map and others such as Sanhok, Livik, and Karakin.

Weapons and vehicles in PUBG New State and BGMI

With PUBG New State, Krafton is introducing several new electric vehicles, trams, search drones, and other new items. These vehicles are obviously very different from what we’ve seen on PUBG Mobile or BGMI, and will offer new way to play the battle royale game. One of the new electric vehicles is called Vulture, and it’ll be spawned across the map.

The new game will also have different weapons such as the MK47 Mutant with an Auto firing mode. You can also equip better scopes on weapons that didn’t support the feature in BGMI.