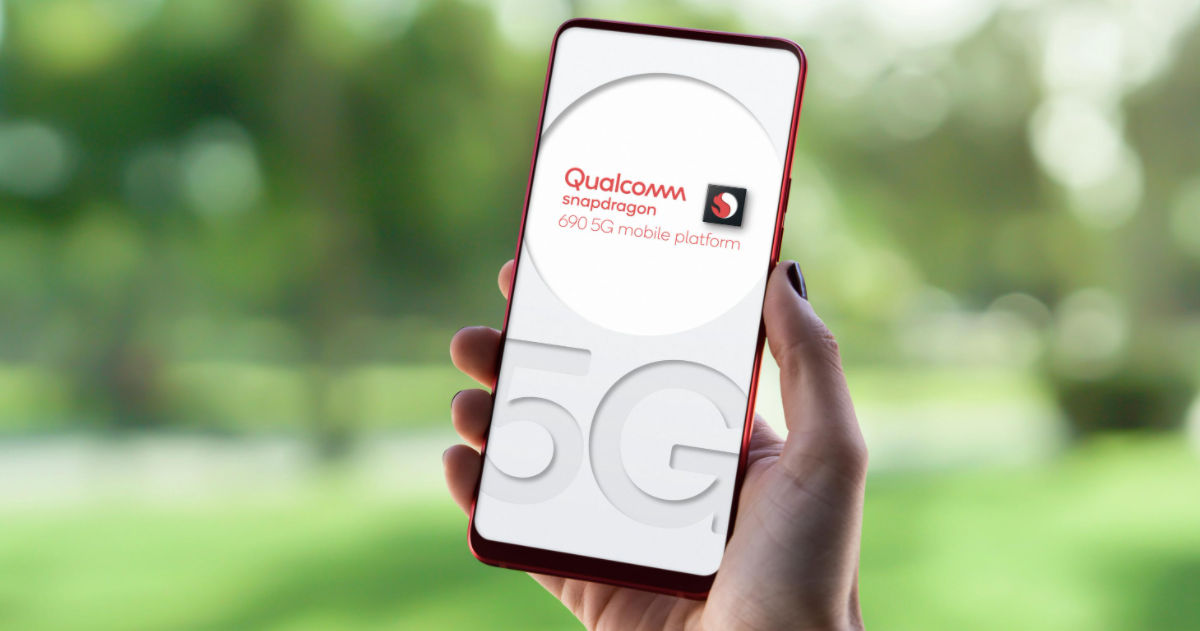 Qualcomm has announced the new Snapdragon 690 5G chipset for affordable mid-range Android smartphones. This is the first Snapdragon 600-series chipset to come with 5G support, allowing OEMs to launch even more affordable 5G phones in the coming months. The Snapdragon 690 ships with the proprietary X51 modem that brings sub-6GHz version of 5G to the table instead of the faster mmWave standard. Motorola, Nokia, LG, TCL, Sharp, and Wingtech will be among the first OEMs to launch Snapdragon 6905G-powered phones later this year.

“Driving the expansion of 5G into the Snapdragon 6-series has the potential to make 5G accessible to more than 2 billion smartphone users around the world,” said Cristiano Amon, president of Qualcomm Incorporated. 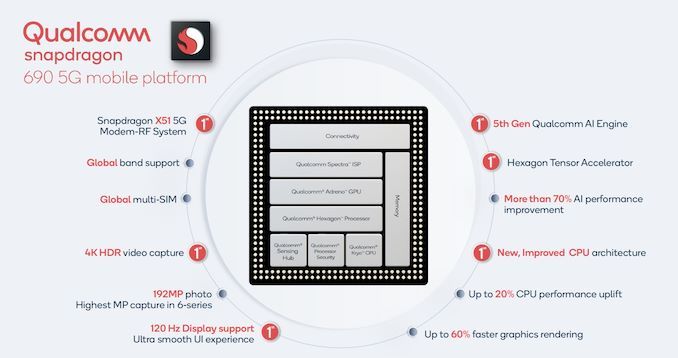 The Snapdragon 690 5G is the successor to Snapdragon 675 SoC and comes with several incremental upgrades. The chipset sports Qualcomm’s fifth-generation AI engine and offers support for 4K HDR video recording, up to 120Hz refresh rate displays, and improved CPU and GPU performances. The 690 chipset is forged using Samsung’s 8nm fabrication process and features eight Kryo 560 CPU cores with two main Cortex-A77 cores running up to 2GHz and six Cortex-A56 companion cores running at up to 1.7GHz. It’s mated with Adreno 619L GPU that’s said to be 60 percent faster than its predecessor.

The Snapdragon 690 SoC is rated to offer up to 2.5GB/s download and up to 660Mbps upload speeds over 5G networks. The chipset is backed by both standalone (SA) and non-standalone (NSA) modes along with TDD, FDD, and dynamic spectrum sharing. There is also Qualcomm’s FastConnect 6200 system that supports Wi-Fi 6, Bluetooth 5.1, and 2×2 MU-MIMO configurations.

The Snapdragon 690 will also enable up to 192-megapixel cameras on mid-tier devices and can be paired with up to 8GB of LPDDR4x RAM, and support India’s NavIC satellite navigation system, among others.