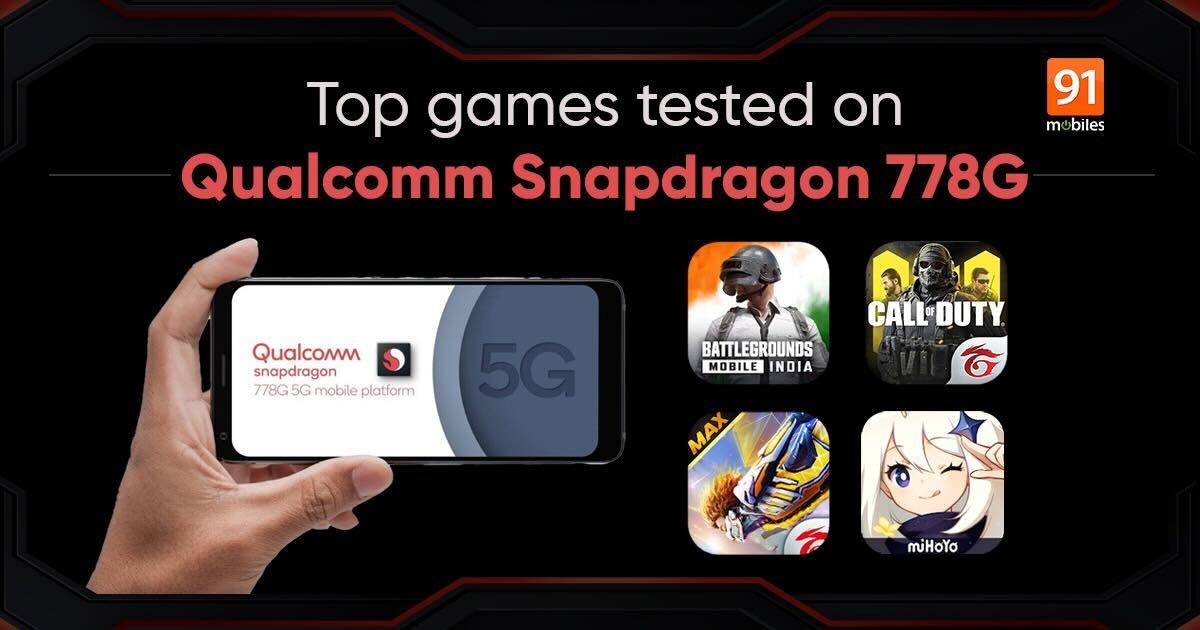 Qualcomm’s Snapdragon 778G processor is all the rage at the minute and we’ve already seen several smartphone OEMs employ the SoC to power their mid-range devices. We’ve reviewed a handful of SD778G-powered phones and these include the likes of the iQOO Z5, the Xiaomi 11 Lite 5G NE, the Realme GT Master Edition, and others. And after testing these out, we’ve come to the conclusion that the chipset is, in fact, quite capable of crunching through a user’s everyday tasks and can even hold its own whilst gaming. With that said, if you’re still on the fence about the SD778G’s performance chops, in particular, the SoC’s gaming capabilities, then read on as we demystify the chipset’s capabilities across some of the most popular games.

Note: All games were tested on the Samsung Galaxy A52s 5G (review).

BGMI is among the most sought-after online Battle Royale games. To that note, the game runs mighty fine on the SD778G processor and users can play the title at the Extreme frame rate preset (60fps) with the graphics set to “Smooth”. However, if you want better in-game textures, then you can also play the game at the HDR graphics preset, albeit with the frame rate set to “Ultra”. Unfortunately, the SD778G chipset doesn’t support the 4K UHD texture pack.

CoD Mobile is not as taxing as BGMI, however, the game still requires a beefy SoC to run at decent settings. Thankfully, Snapdragon 778G devices can drive the title seamlessly, with the game running at either Very High graphics and Very High frame rate or, High Graphics and Max frame rate settings.

Genshin Impact can push a smartphone’s GPU to its limits and is revered as one of the most demanding mobile games. What’s more, the game allows users to tweak various in-game graphics settings, the likes of which include render resolution, shadow quality, and the works. Unsurprisingly, the Snapdragon 778G SoC struggled to run the title at 60fps with all the settings maxed out. In fact, even with the graphics set to low and the in-game fps locked at 60fps, we still noticed the phone dip frames every once in a while.

Asphalt is among the most sought-after racing game for Android. Credit where credit’s due, the title has been optimised to run smoothly on mid-range devices too and as such, the SD 778G SoC could comfortably run the game with the graphics preset set to ‘High’.

Much like Asphalt 9, Fifa Mobile doesn’t offer a lot of graphics customisation, to begin with. That said, buyers looking to play the title on their Snapdragon 778G-backed phone can run the game at the ‘High’ graphics preset. In fact, the game defaults to the ‘High’ graphics setting from the get-go, which is great.

Free Fire Max is among the most popular Battle Royale games available for Android. To that note, buyers looking to play the game can run the title on the ‘Ultra’ graphics and ‘High’ FPS setting on a Snapdragon 778G-powered phone.

Qualcomm’s Snapdragon 778G processor manages to run Shadowgun Legends seamlessly too. In fact, despite being a graphically-demanding game, the SoC can max out the graphics setting (Ultra High) and offer a smooth 60fps gameplay.

Gamers vying for a 3D fighting game will find plenty to like about Shadow Fight Arena PvP. What’s more, the game runs quite well on the new Snapdragon 778G chipset too, with the SoC running the title at the ‘Ultra’ graphics preset without any hassles.

It goes without saying that your gaming experience will also depend on the phone you’re using. As an example, we recently pitted the similarly-specced, SD 778G-toting Samsung Galaxy M52 5G (review) against the Galaxy A52s 5G. While the former exhibited significant frame drops in BGMI, the in-game FPS on the latter hovered steadily around the 60fps mark. That said, this article should give you an idea of the Snapdragon 778G’s gaming prowess. Do let us know in the comments below if you’d like us to test some other games and as always, stay tuned to our blog for more tech coverage.